Tim Plamper / Reflection is a Wall 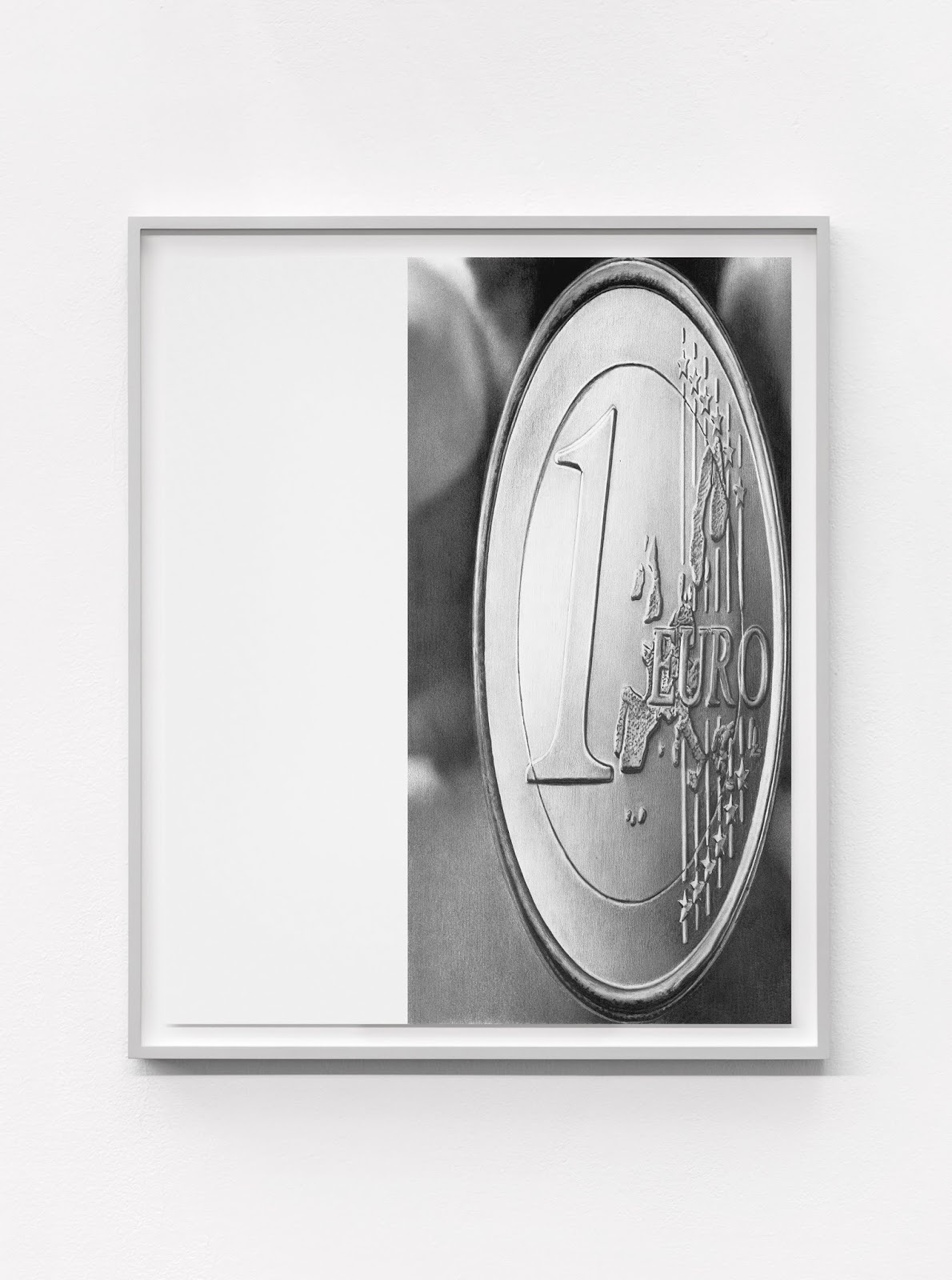 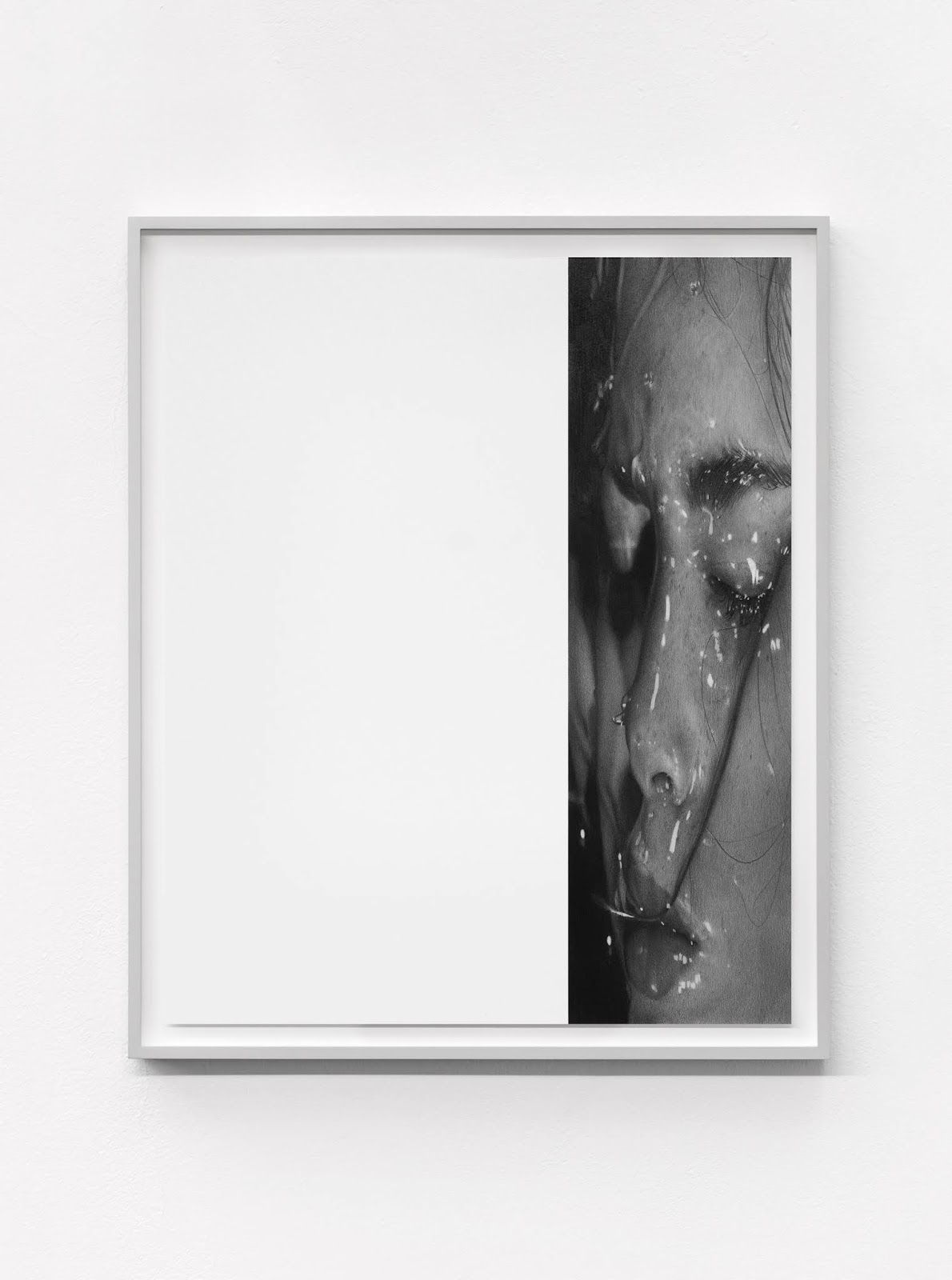 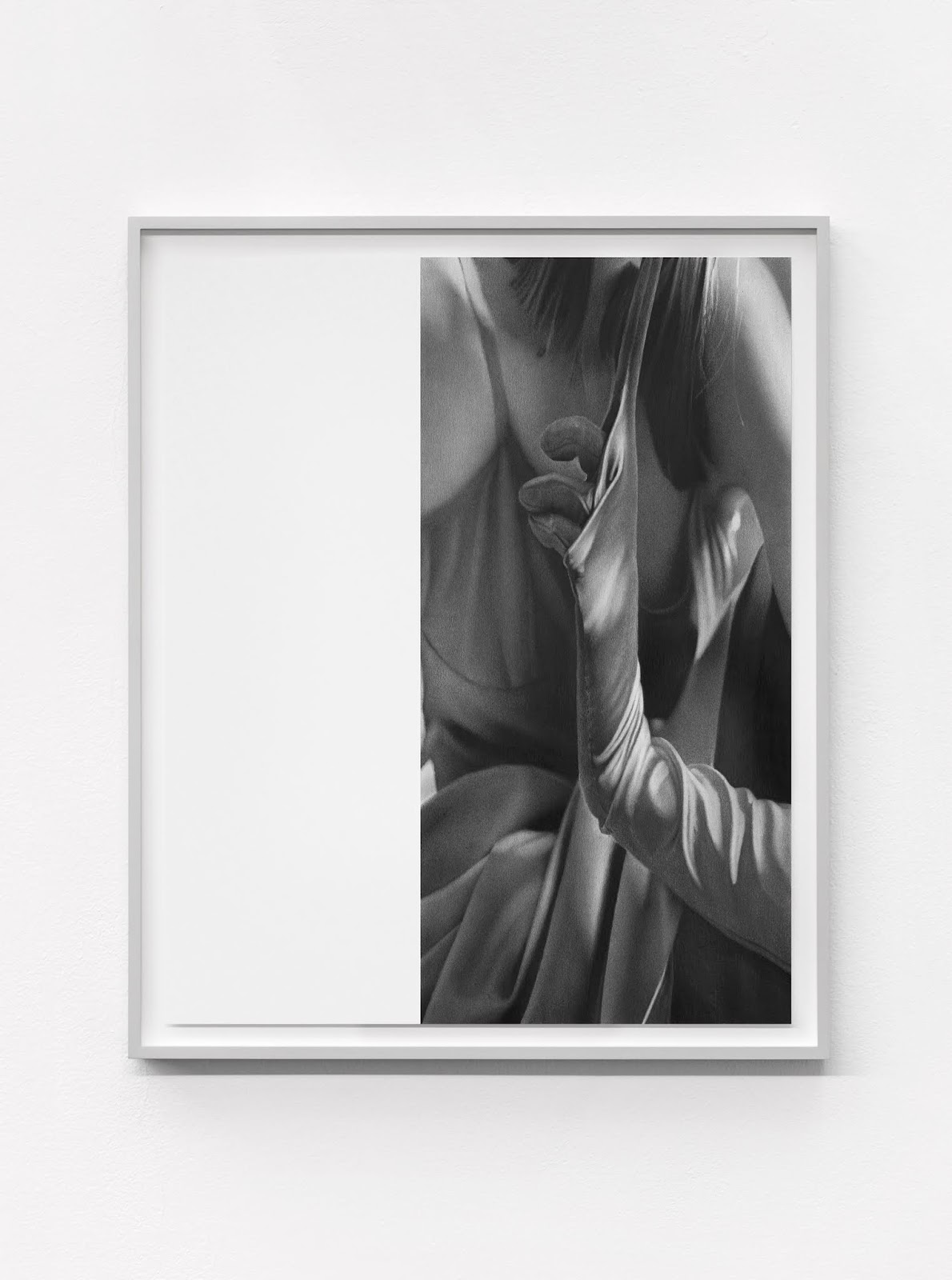 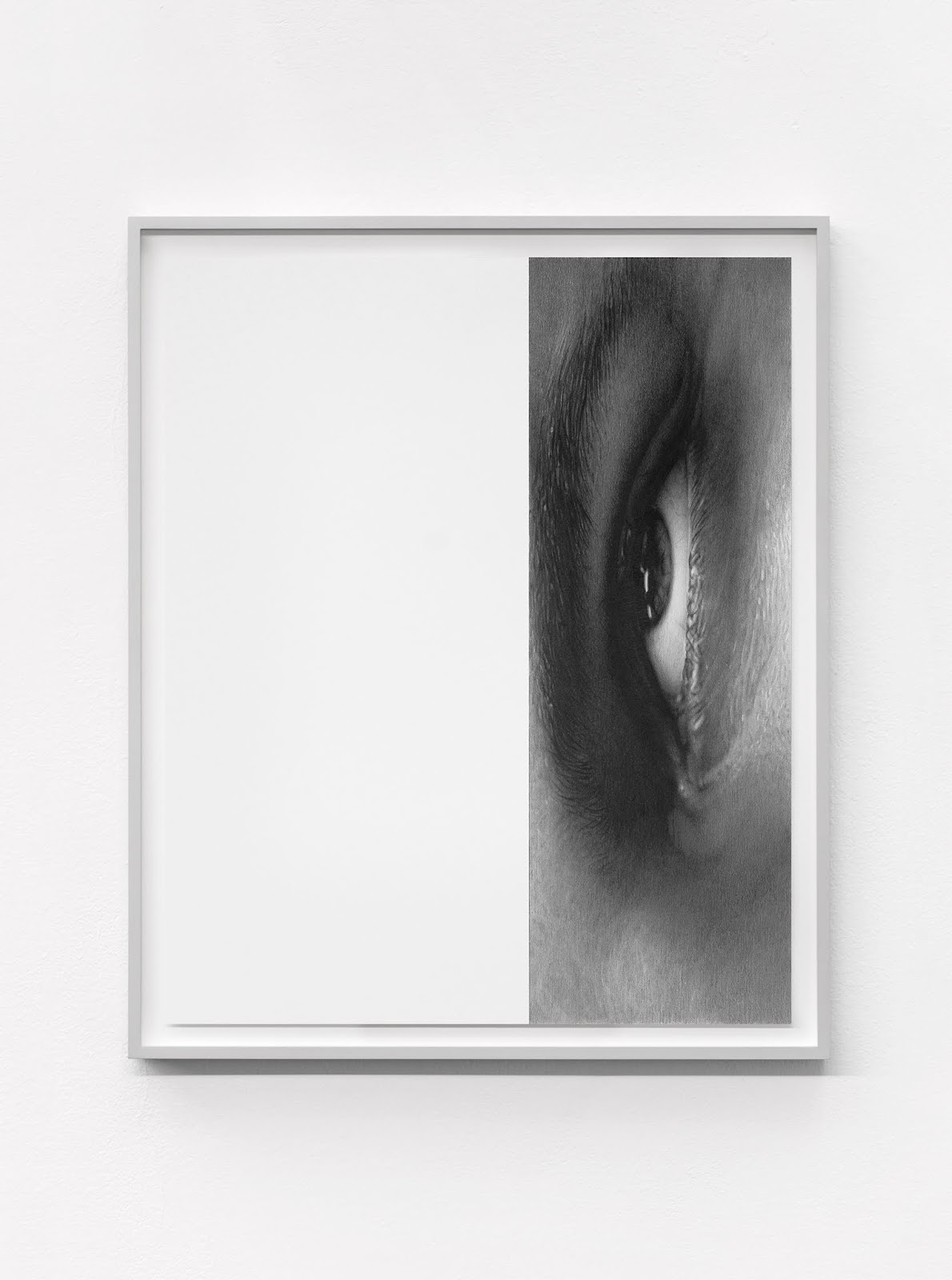 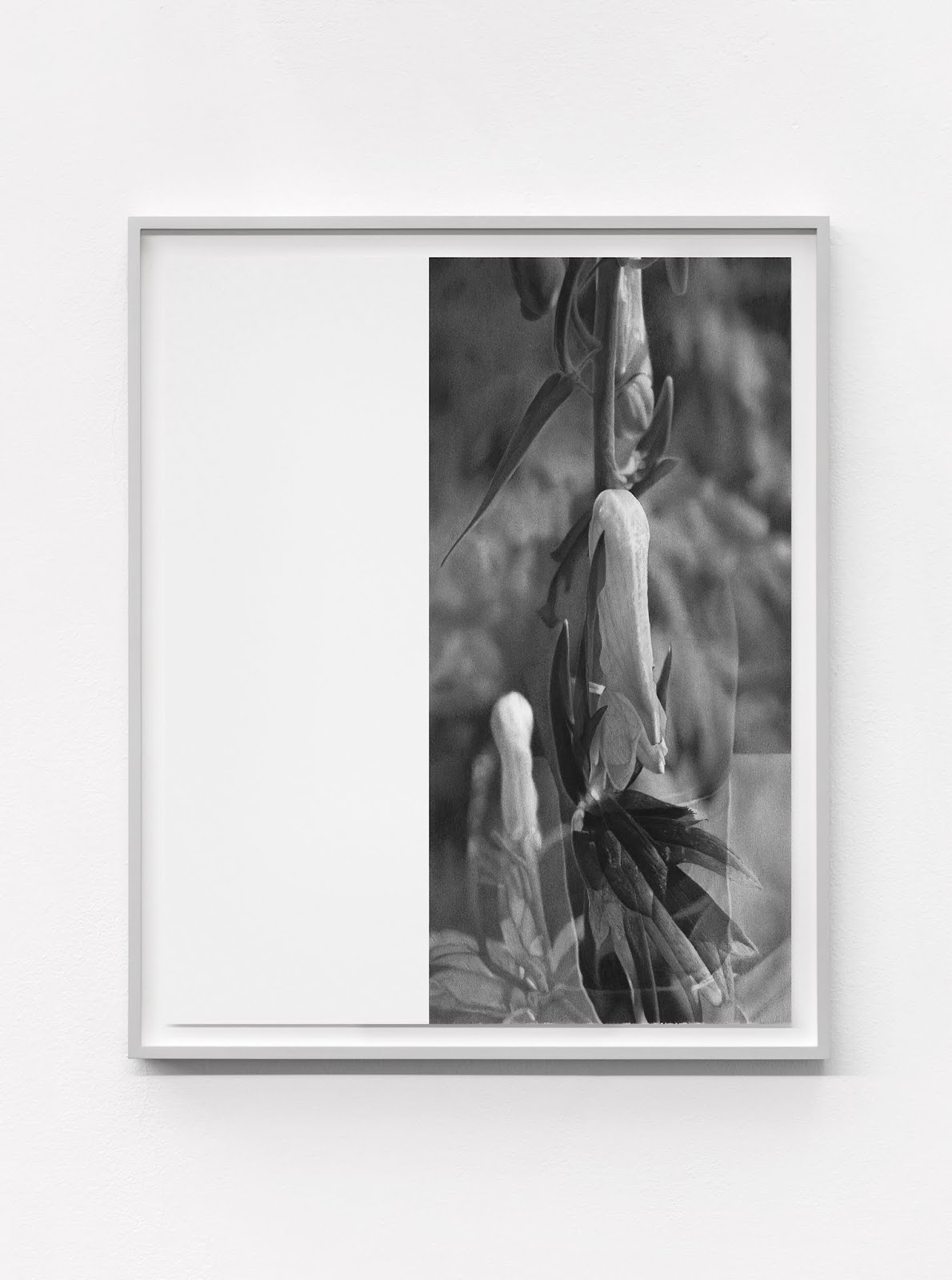 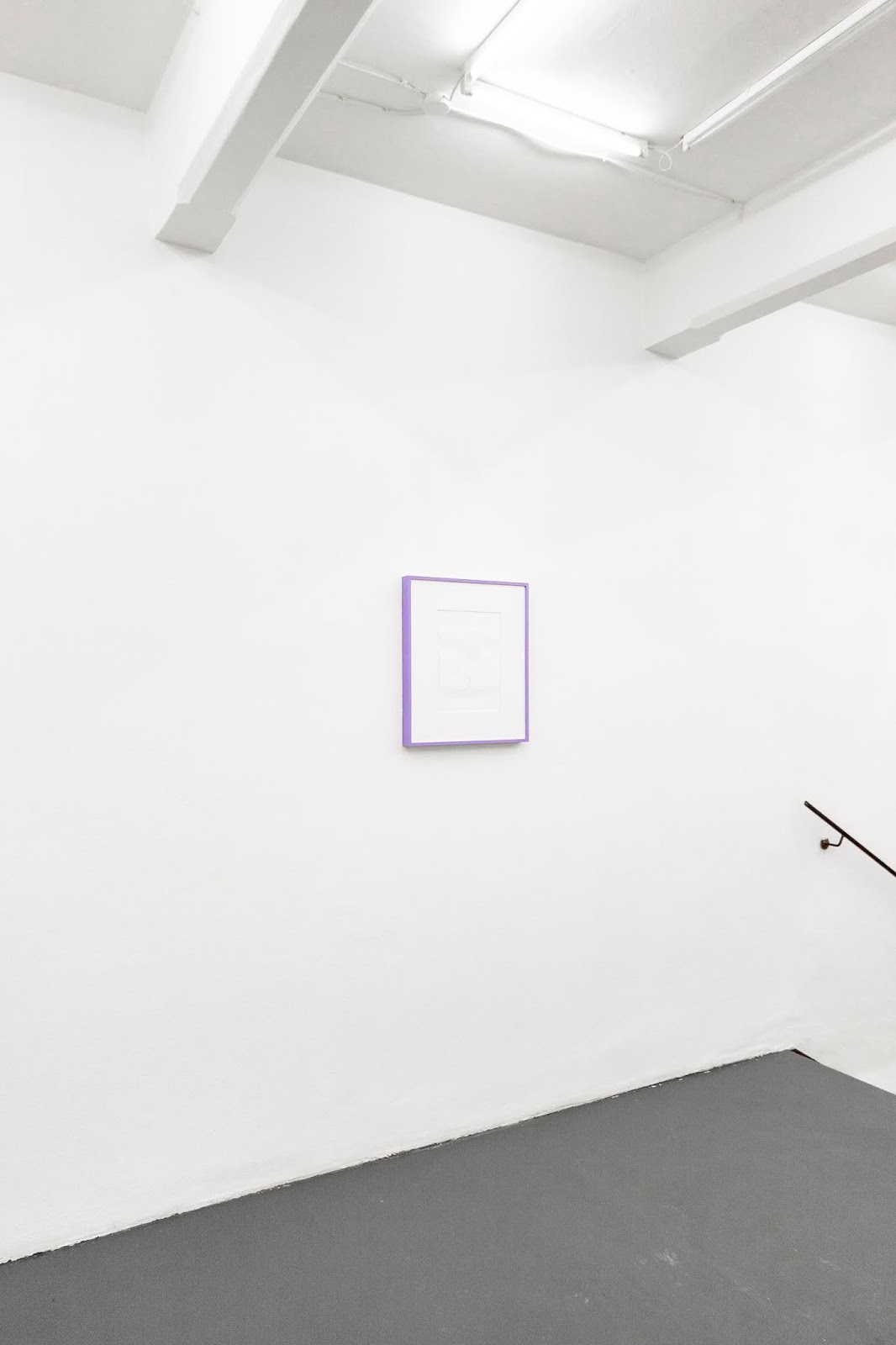 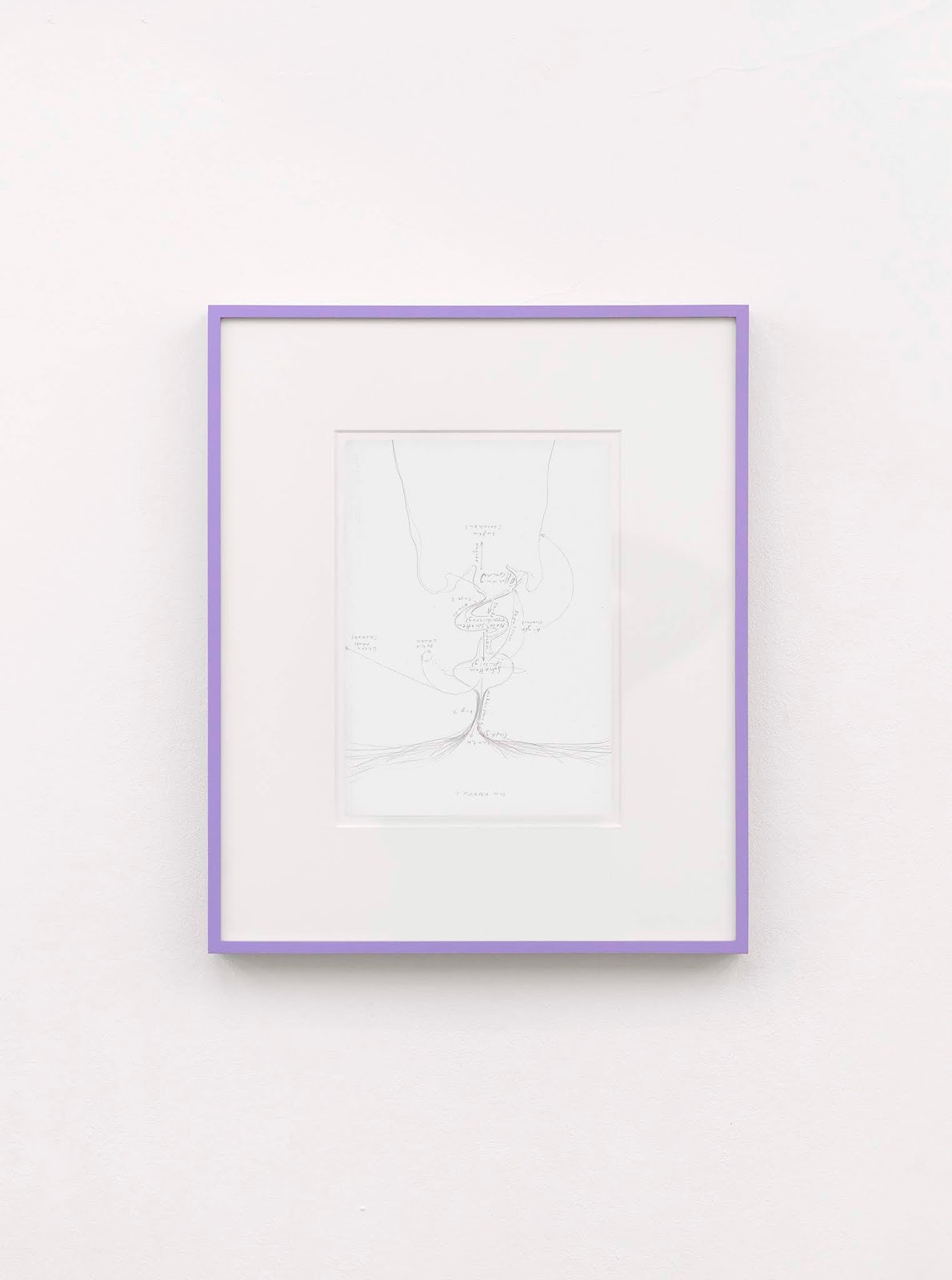 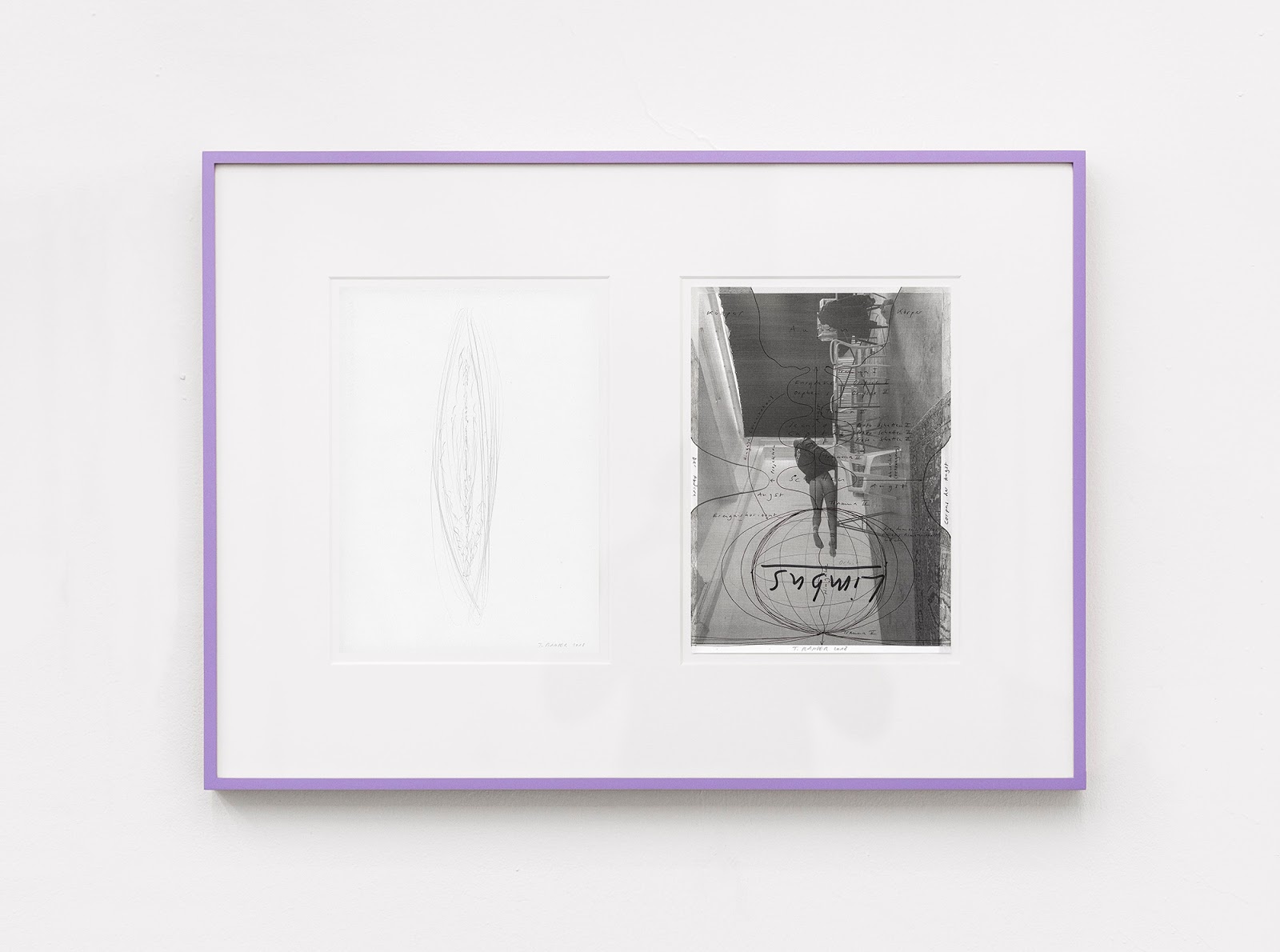 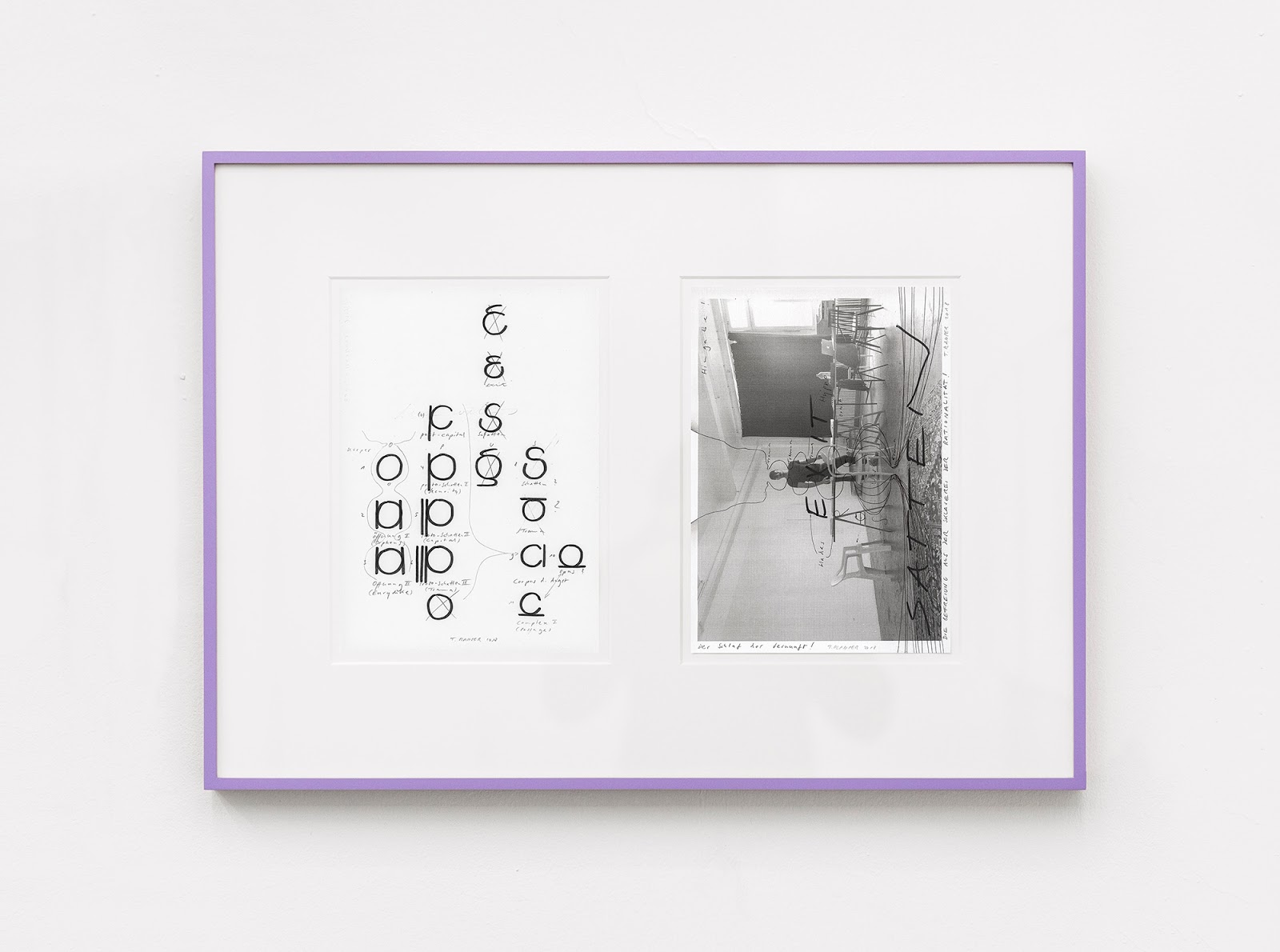 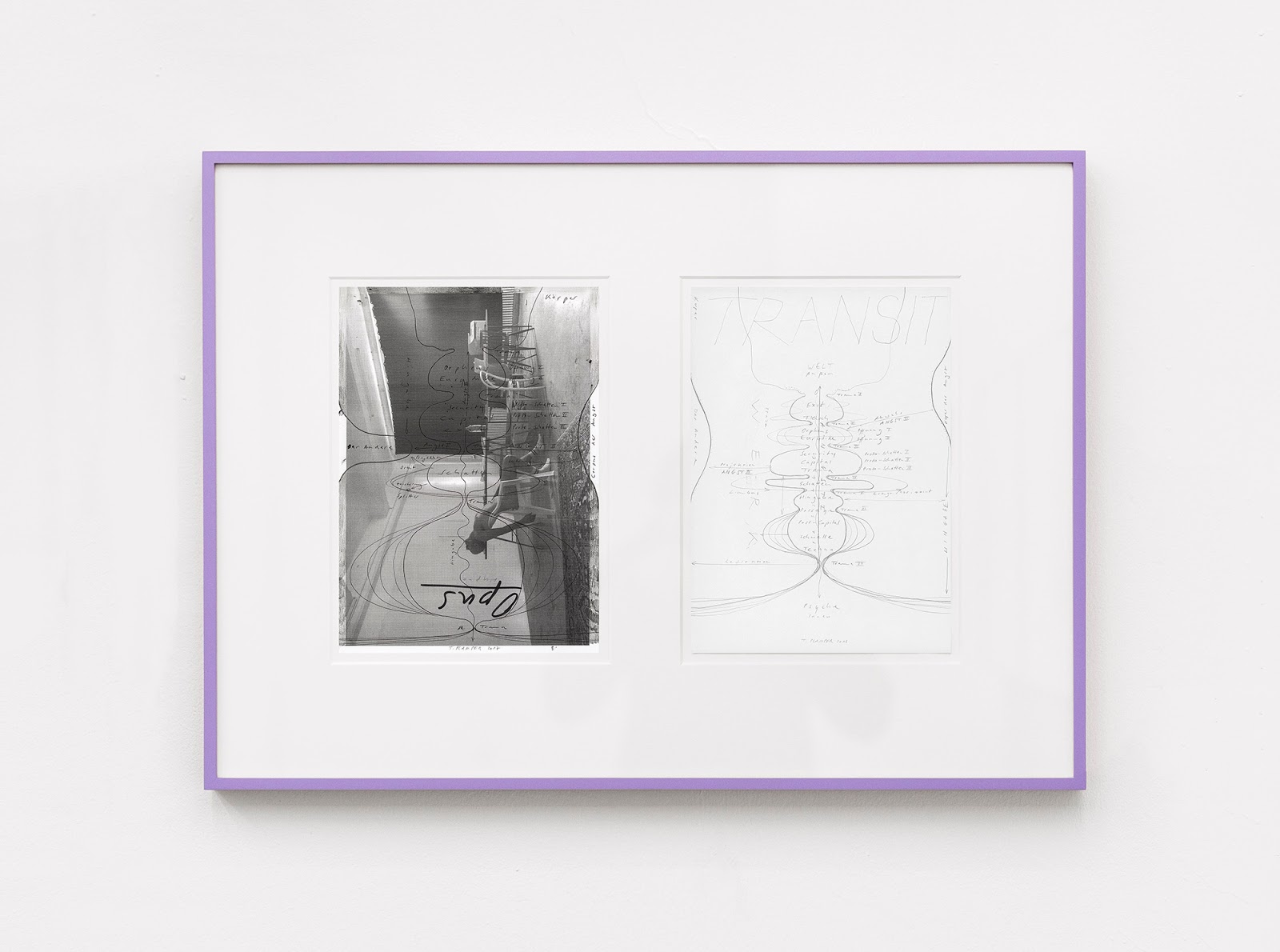 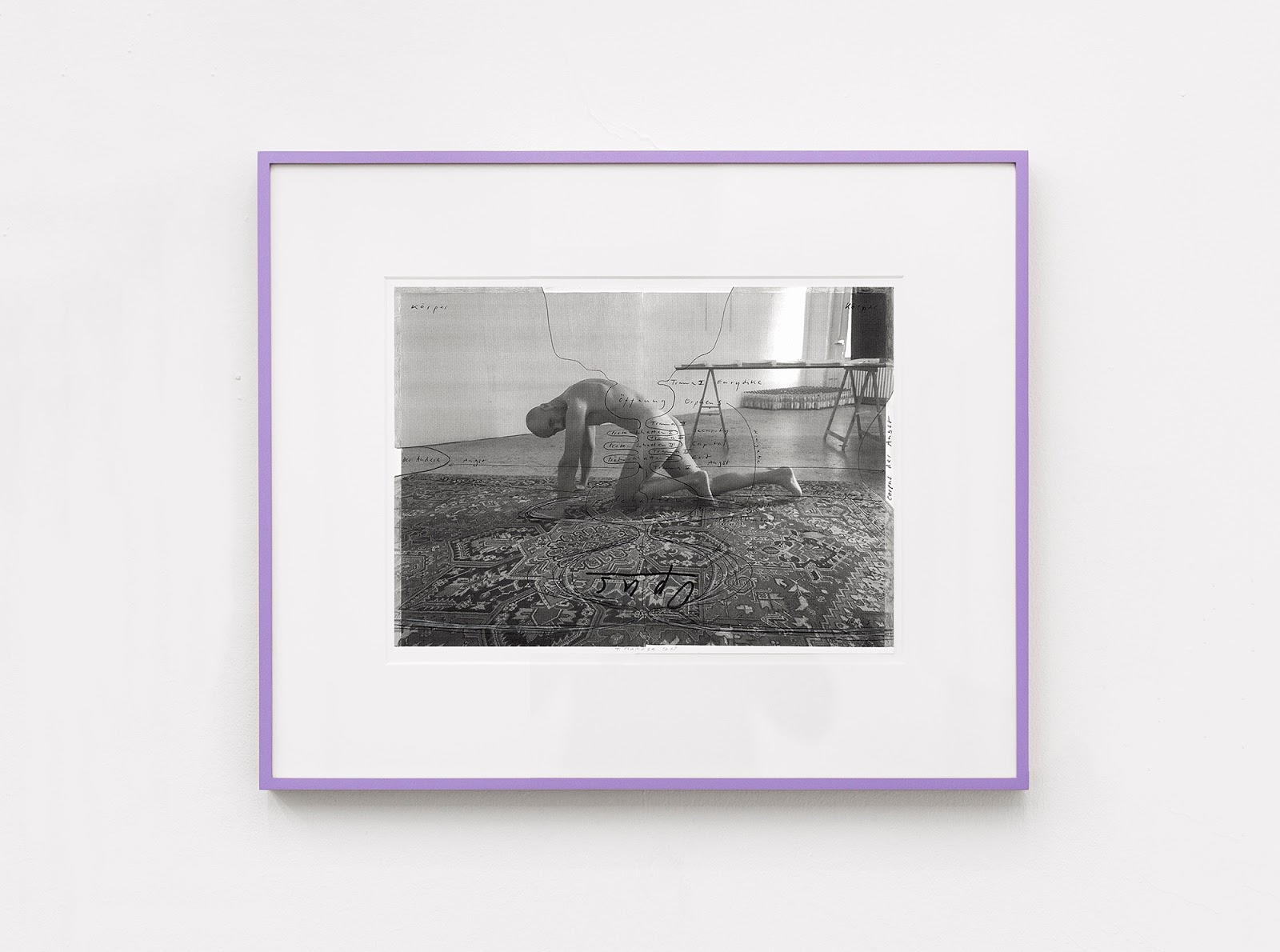 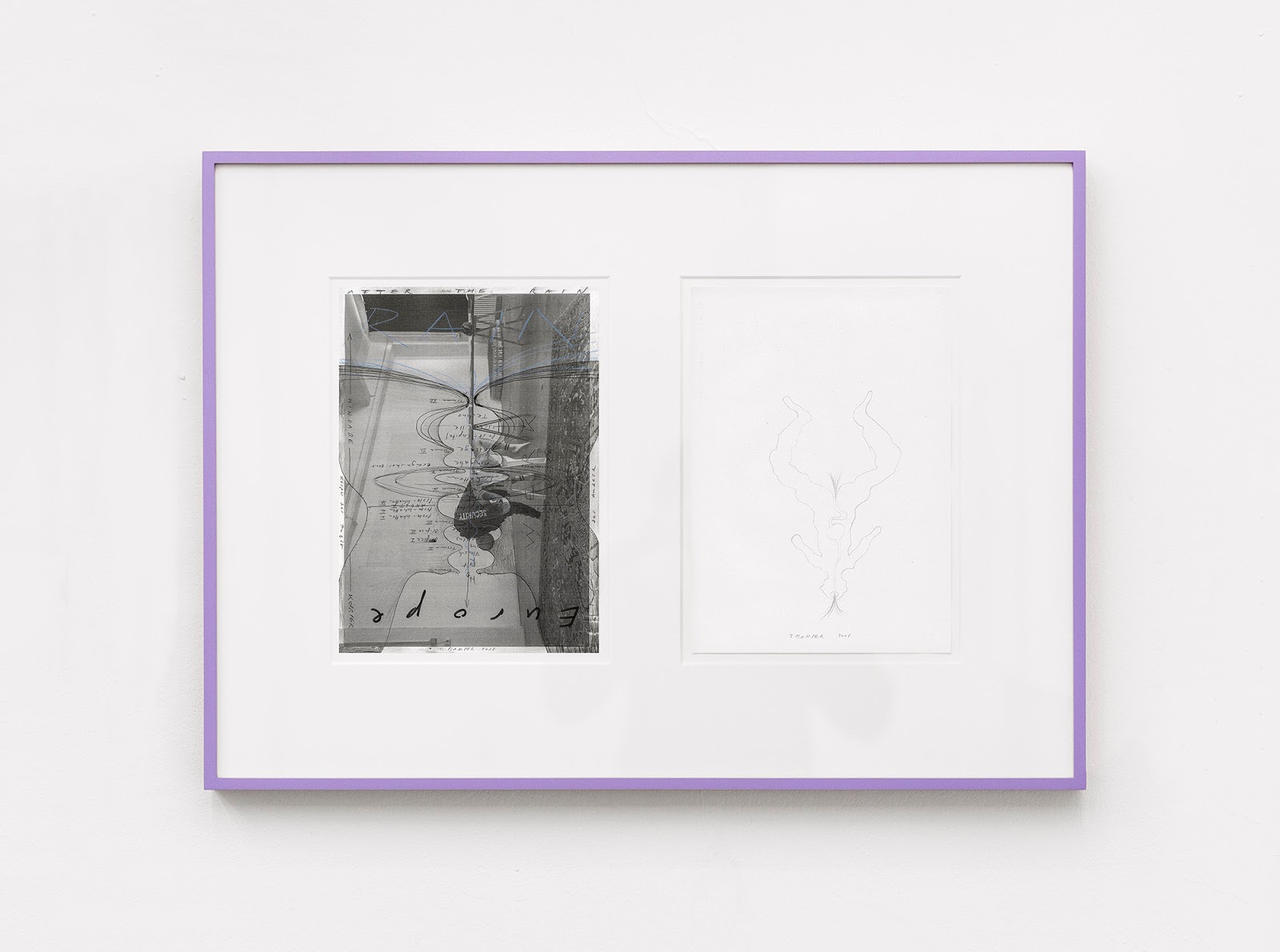 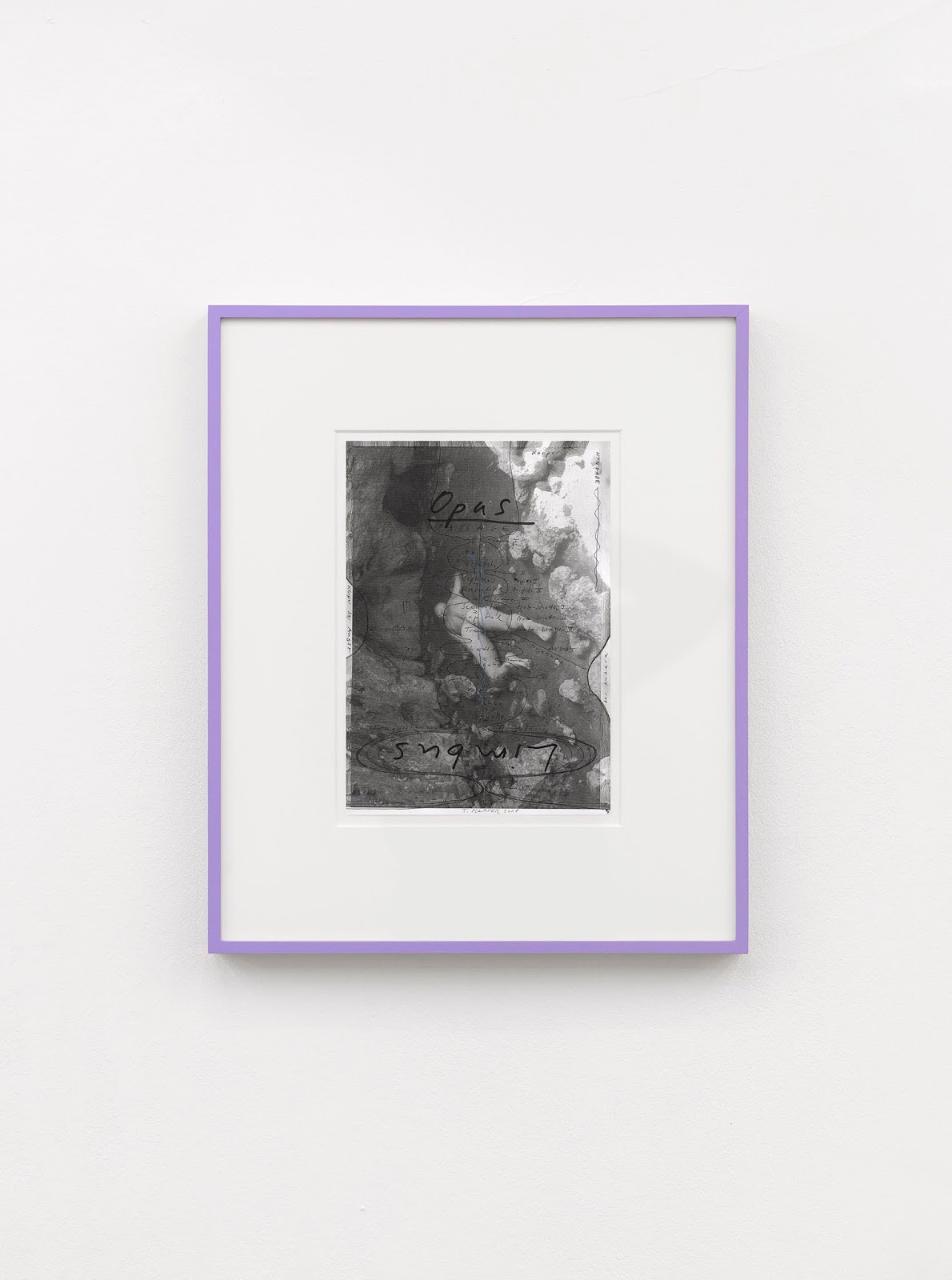 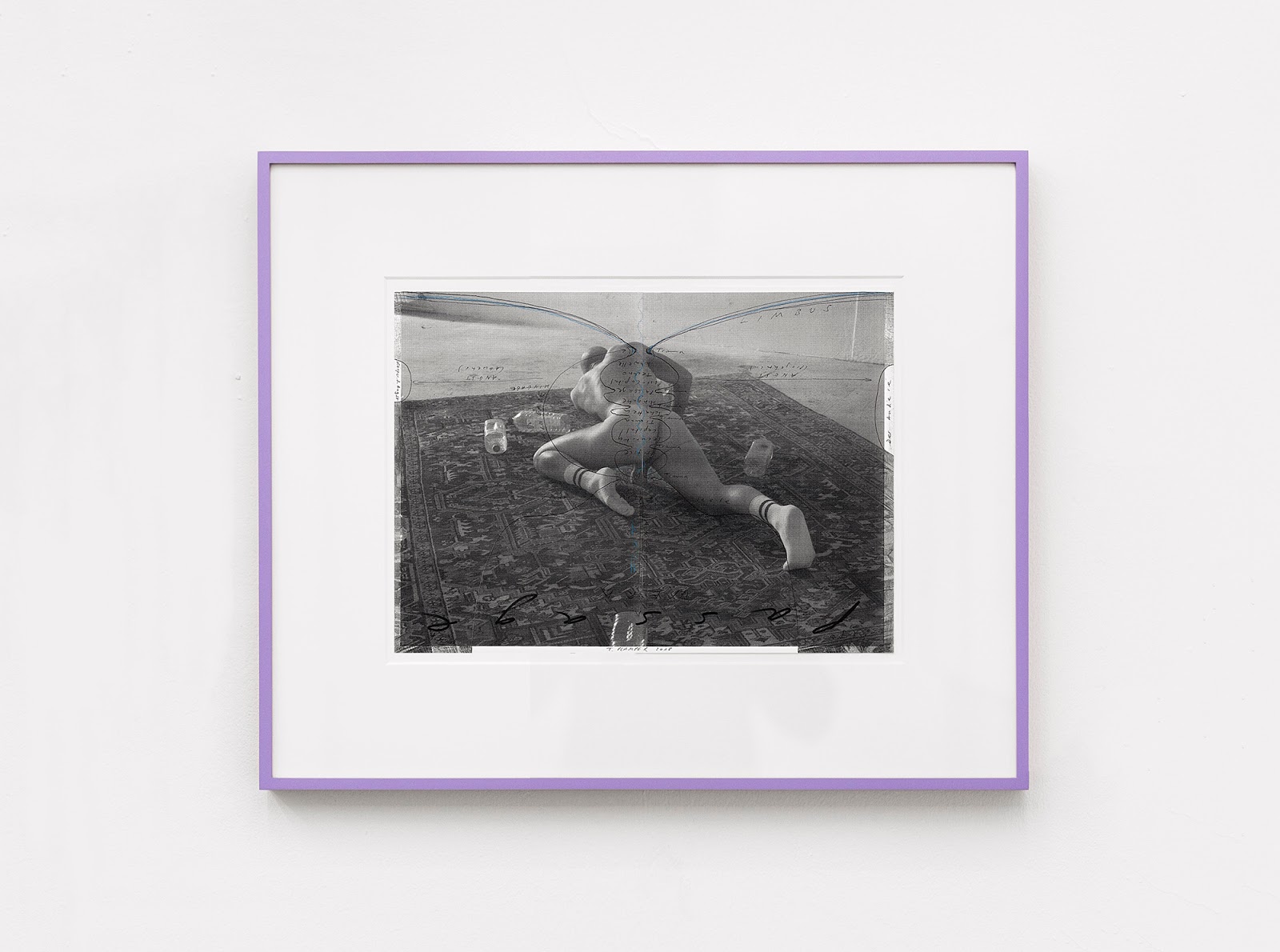 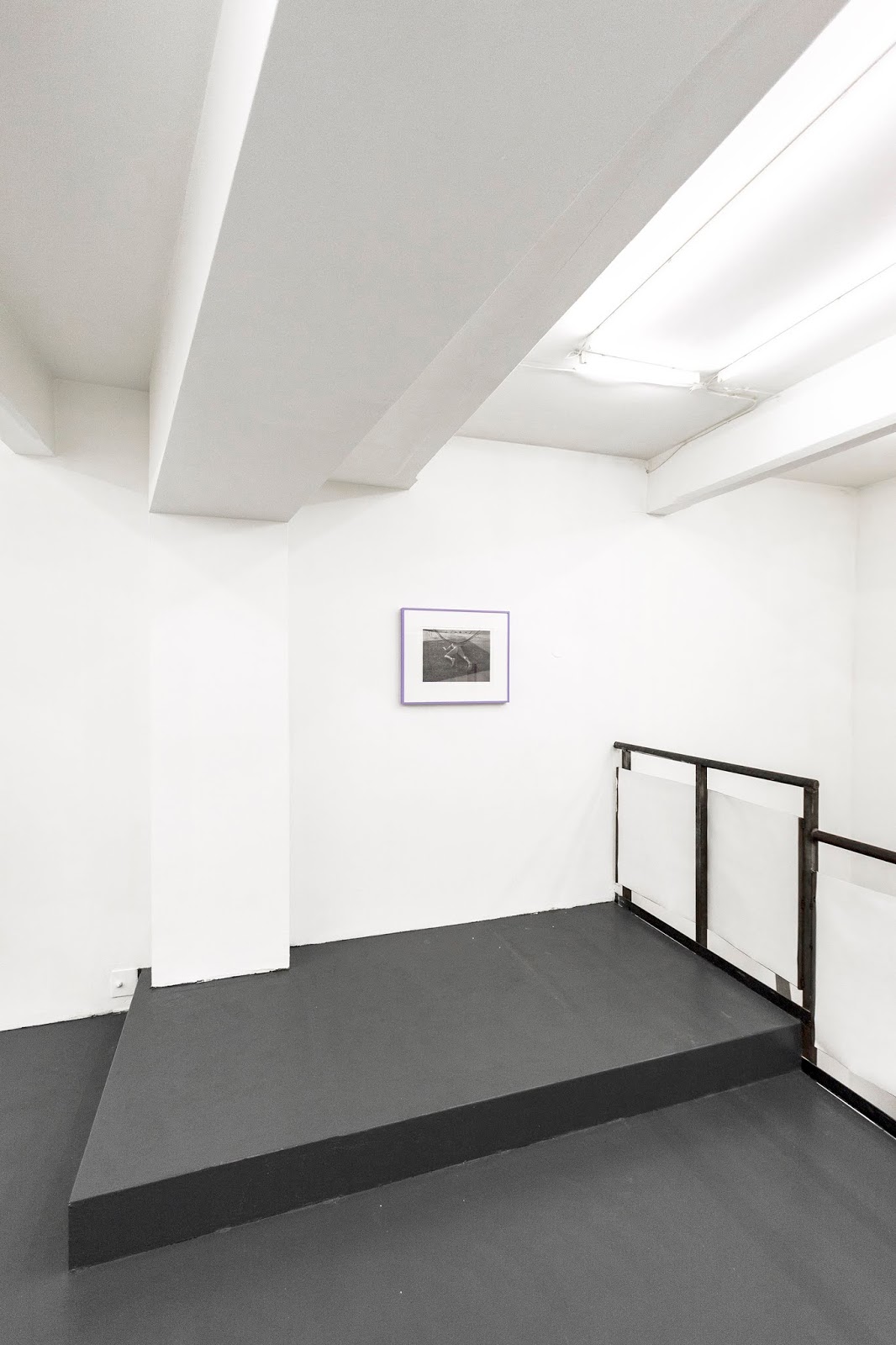 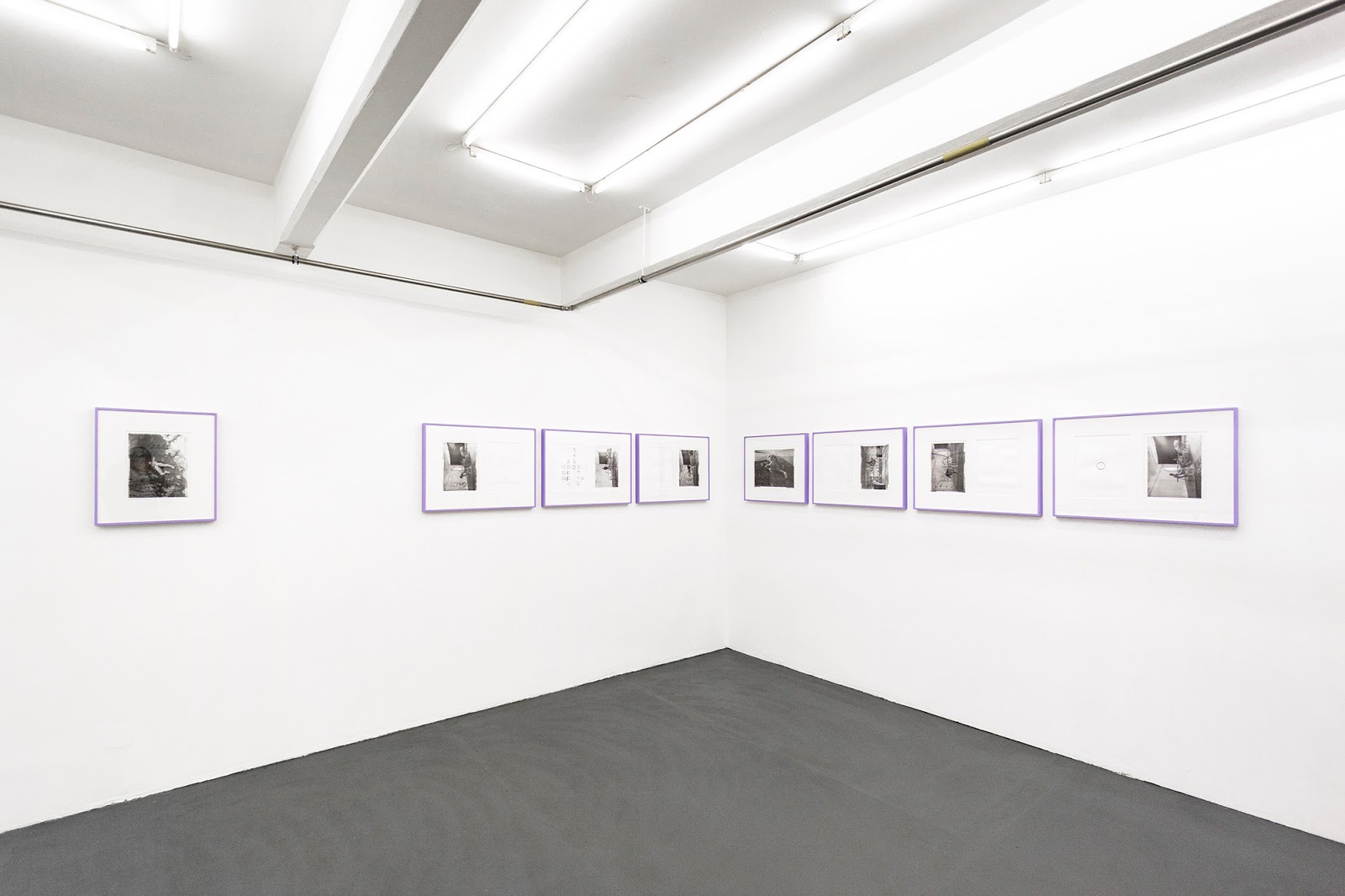 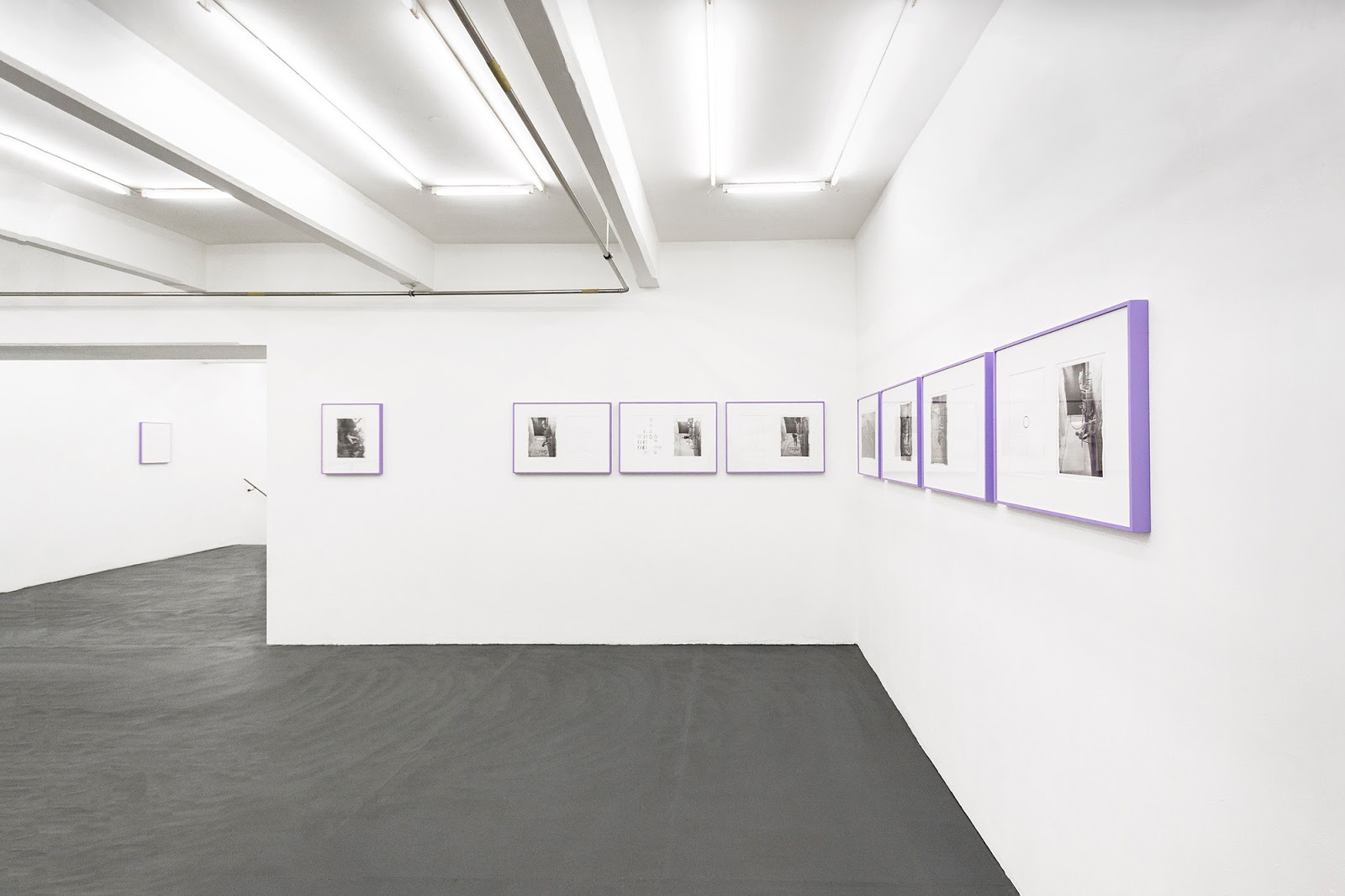 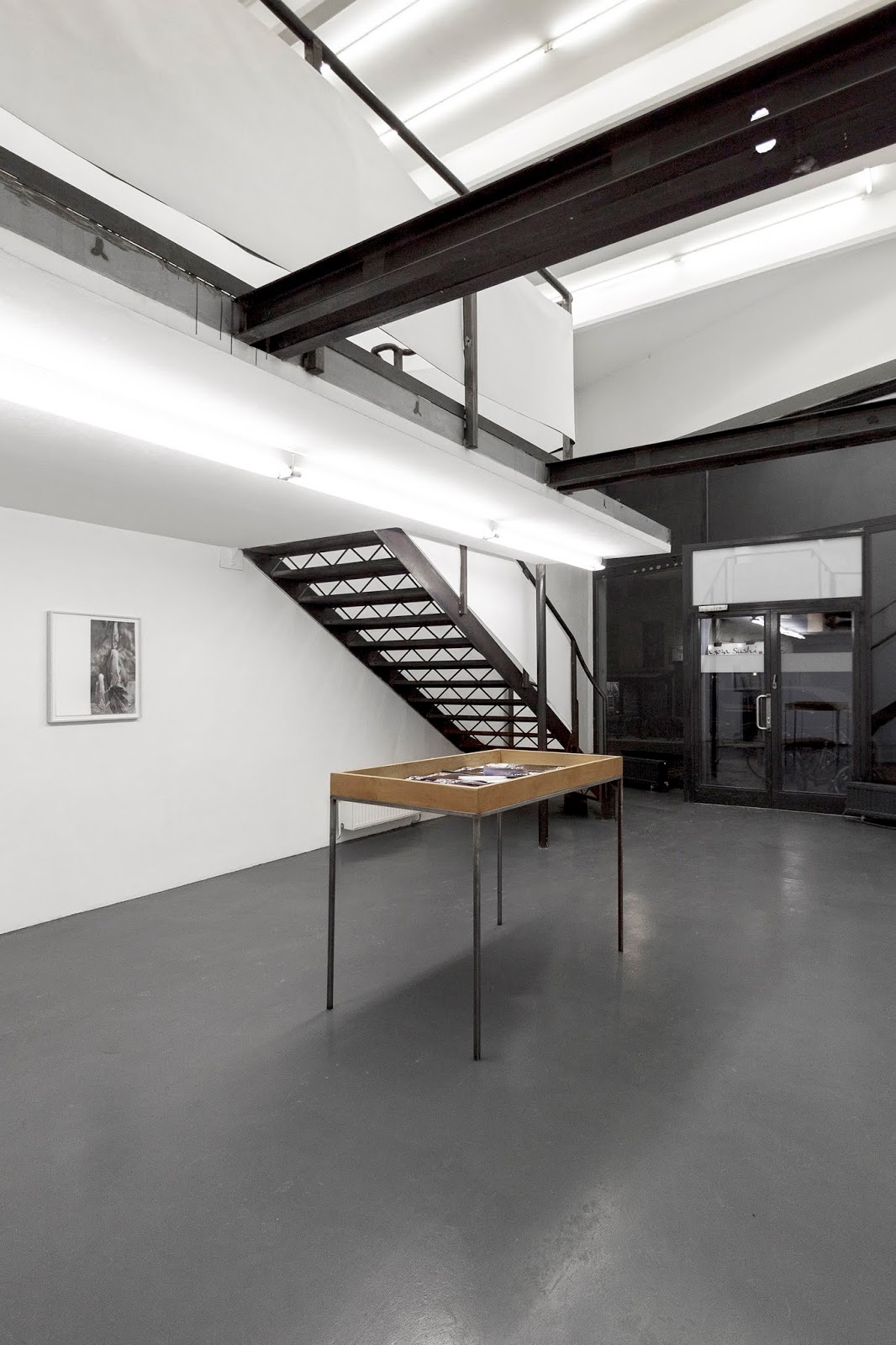 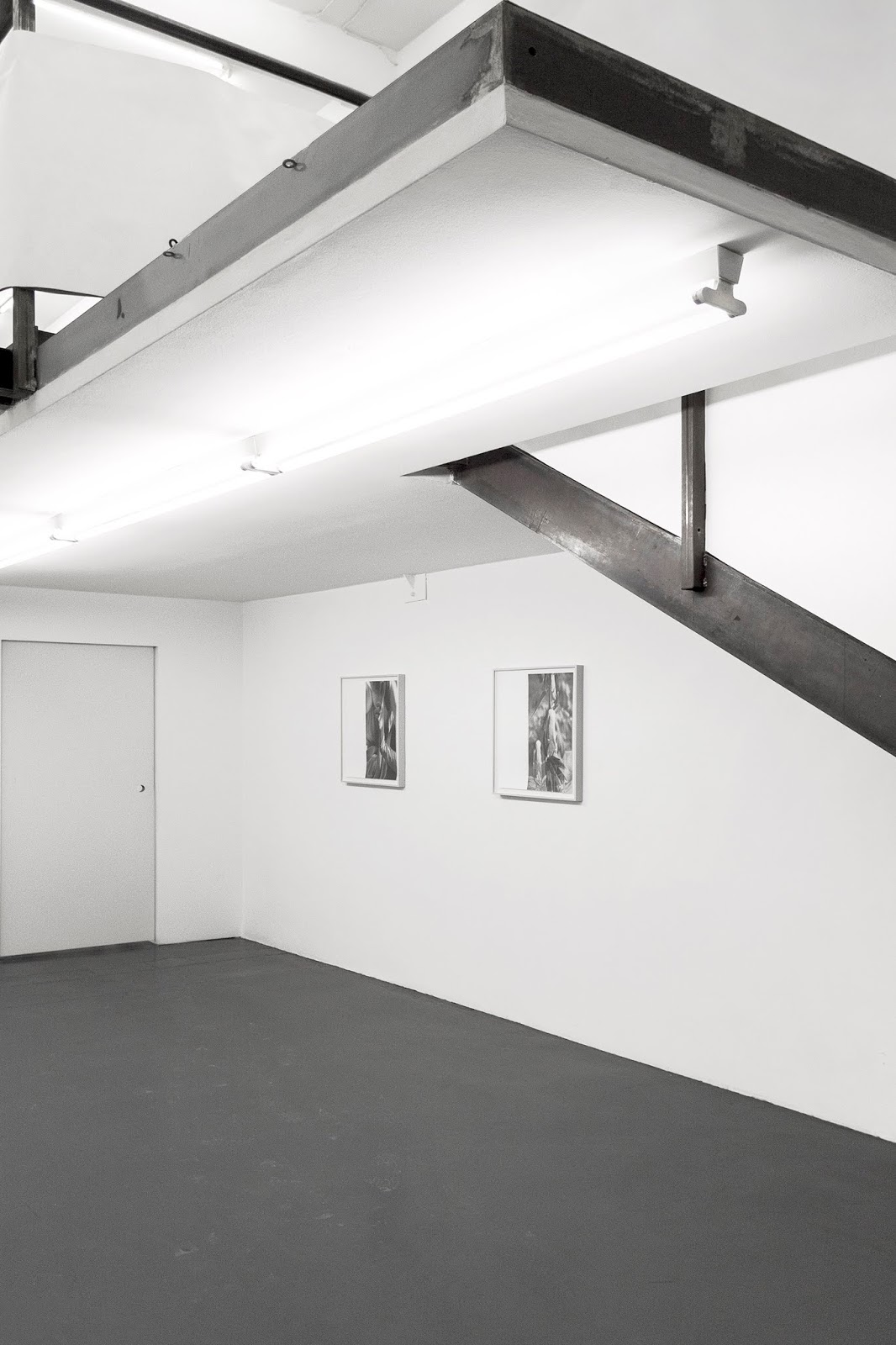 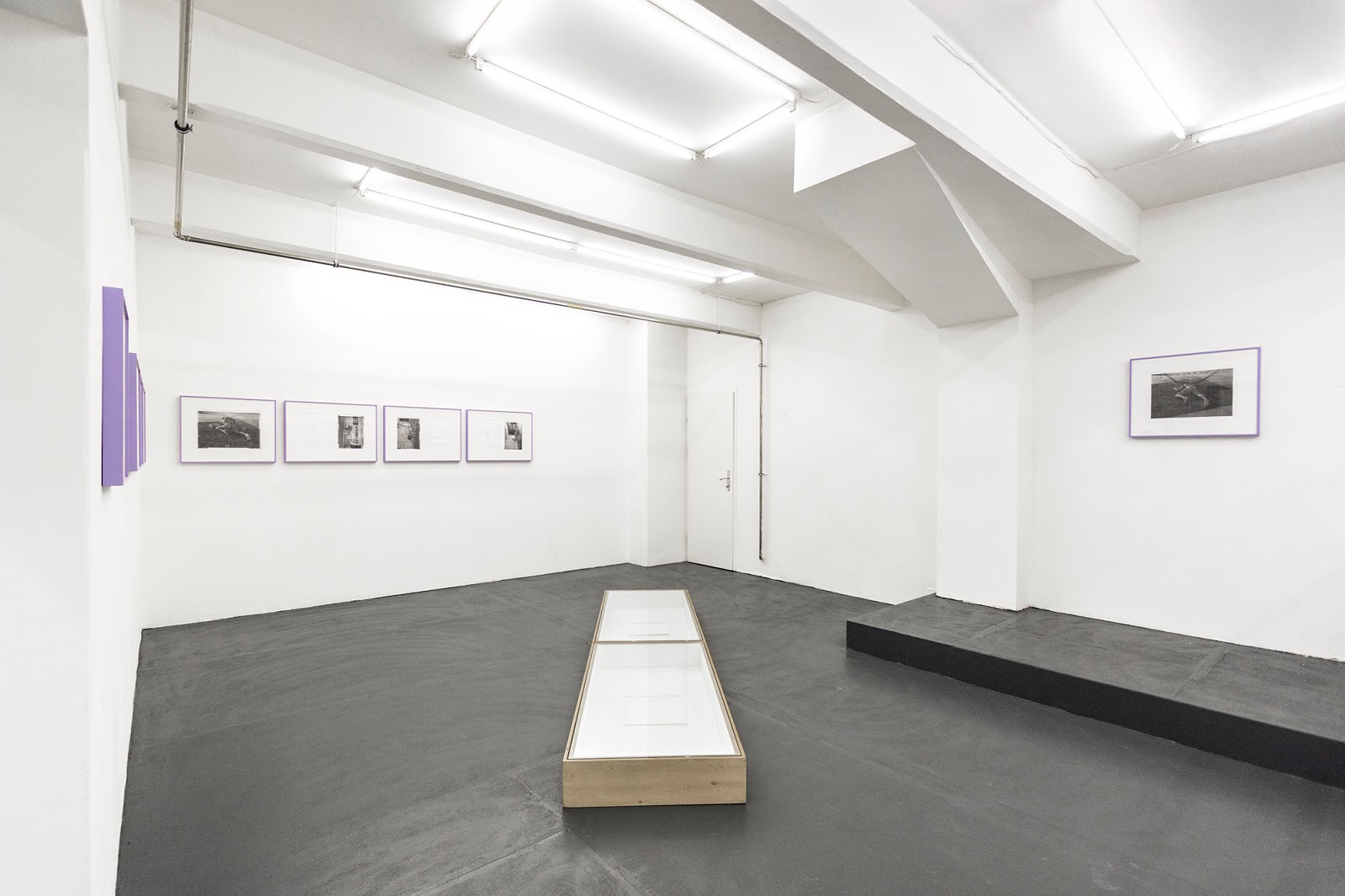 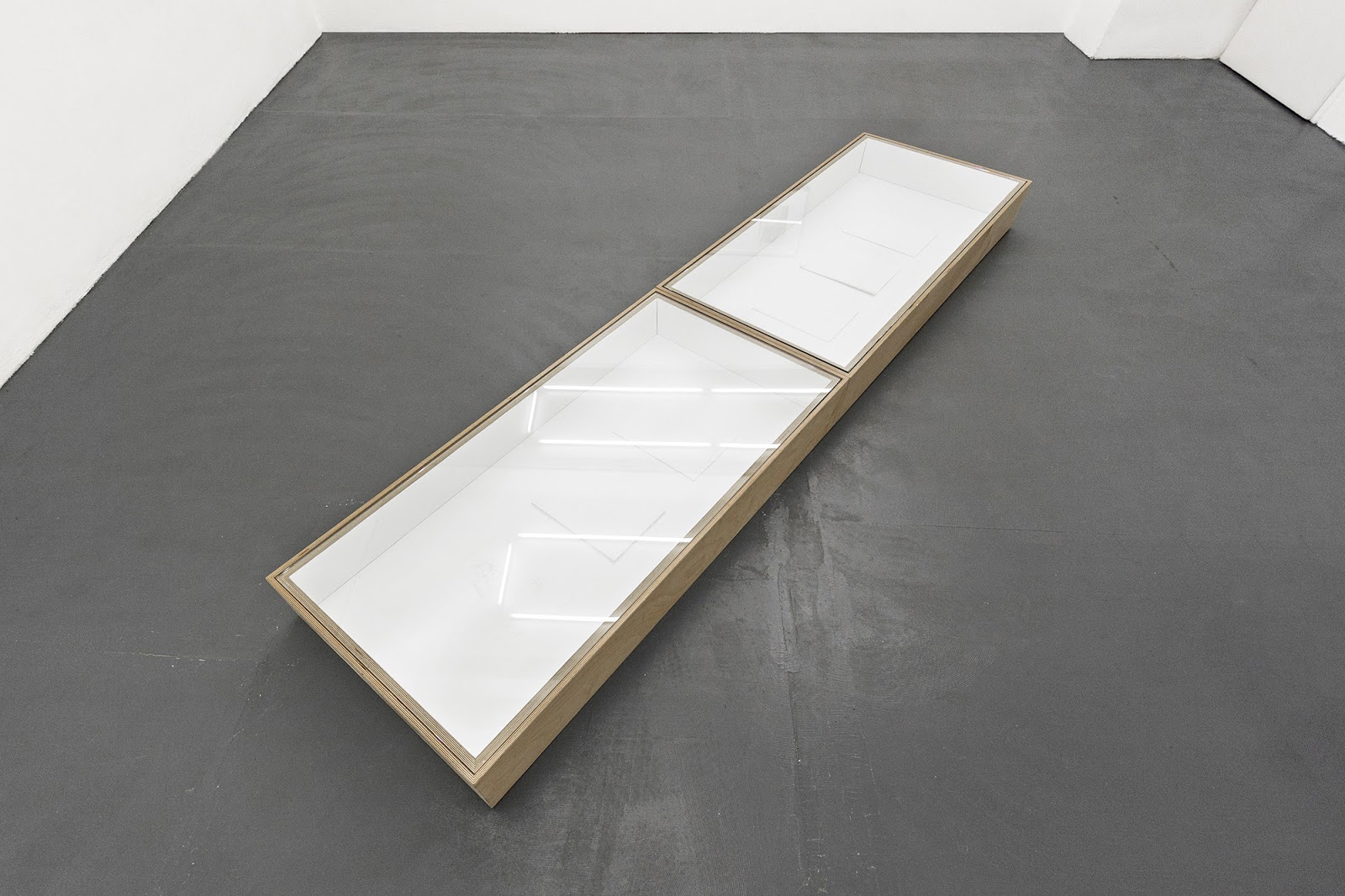 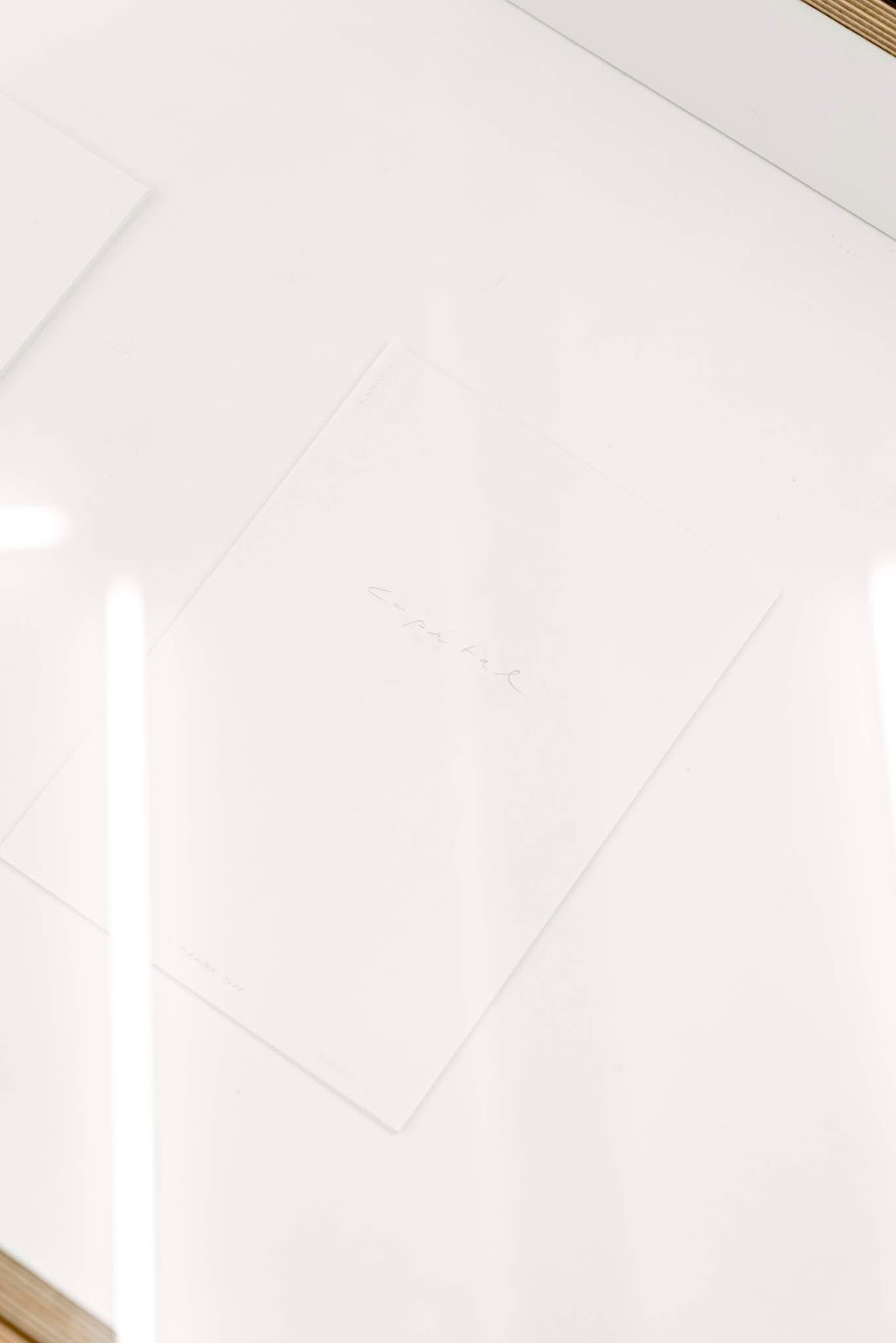 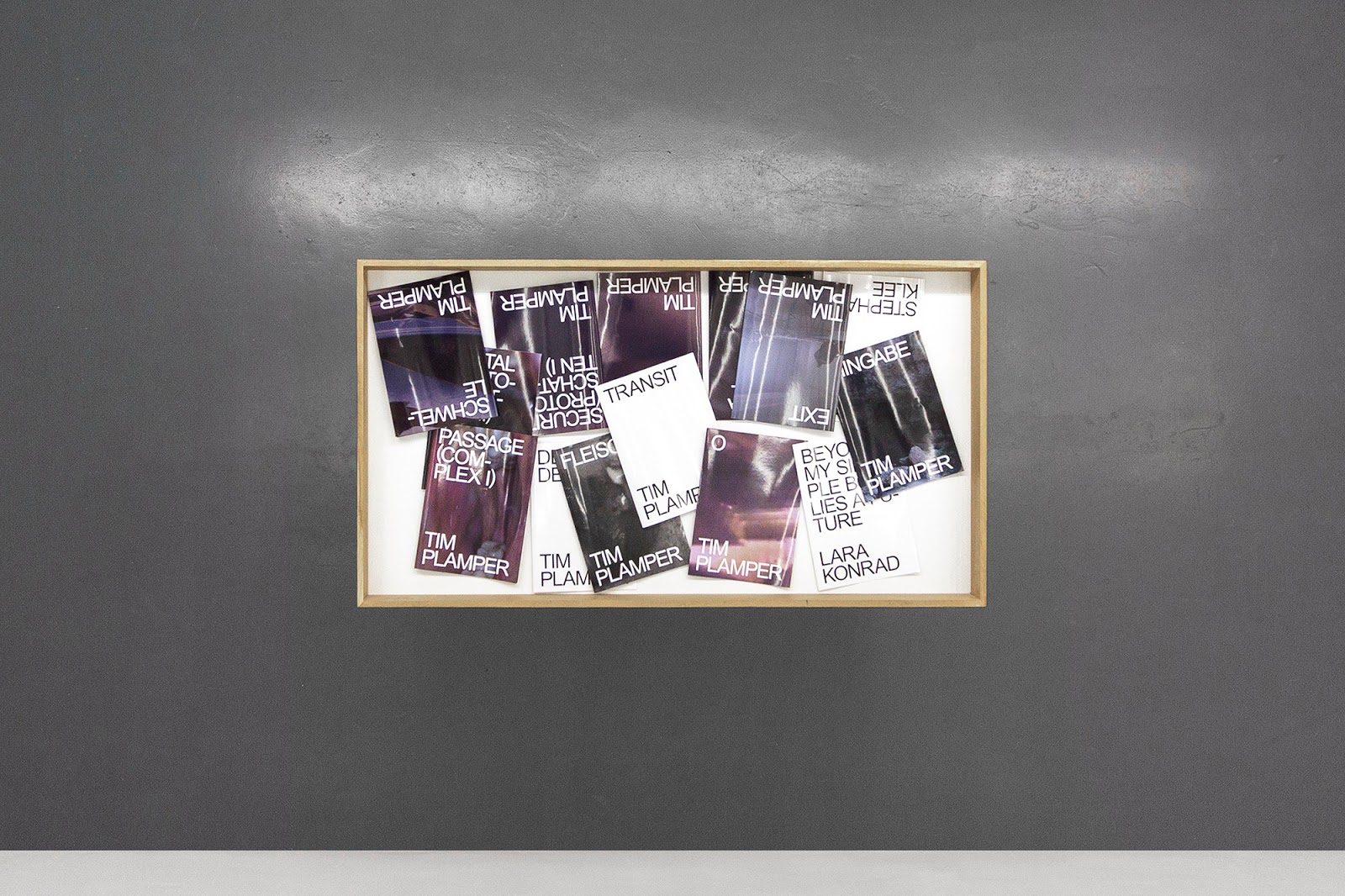 Radical artistic creation is dangerous, at times life threatening. For like existential philosophical thinking, it is, firstly, inseparable from the general existence of the creator, i.e. the artist, and, secondly, the creator must dare to enter new terrain, without considering the risks which may be lying in wait there. At a certain degree of radicalness, artistic creation and existential thinking not only merge but moreover the immediate physical existence of the creator, the body, is effectively dragged into the process as an energising source and interface to the world. To create something really original, whether in images or thoughts, entails living out the radically new each and every time. To act fundamentally new becomes, as Foucault sees it, a “dangerous act”, it is an act of force, if not violence, one has to initially commit against oneself.
Tim Plamper has time and again shrugged off the familiar and created new zones to experiment in, evident in a body of works spanning various dimensions: from small meticulous photorealistic drawings, drawings of double exposures in medium formats and large format drawings of the abstract through to sprawling drawings of somnambulistic multiple exposures, which, through the distance the viewer has to the respective sheet, explore the tension between the liberated shading and the photorealistic impression. In this experimentation his own body always plays an important role, and not only because drawing, as a practice, is mostly based directly on the subjective motoric of the artist, but also because the motifs of his works are largely drawn from an inner, erotically-charged pictorial world, one in which remembering, desiring and mysteriousness flow into one another.
Since 2018, in his Shadows series, Plamper has once more – in his indomitable radical manner – been venturing into unknown terrain. The Shadows are a growing batch of diverse sets of similarly mannered ‘blind’ drawings and – thanks to the prescribed uniform mode of their technical realisation – they necessarily explore areas beyond the direct organic seeing of the artist and beyond the direct rendering of a physical surroundings. Following initiating key concepts, Plamper unfurls fine graphite lines across almost transparent paper, again and again and with his eyes closed. The artist is thus compelled to gaze inwardly, into the world of his thoughts, his memories, his desires and his elaborate, intuitive repertoire of forms – and simultaneously follow his ‘blinded’ perception when setting the line on the given surface. He is thus also compelled to completely leave behind his trusted working strategies and put his proven skill to the test by taking a completely different approach. During the repetitive procedures of Shadows, consciousness and action intermesh inseparably, so that here the drawing of the line is both a searching and a marking in the stream of consciousness at the same time. These markings condense into drawings on a surface where they become visible for all.
The Shadows are embedded in a new, comprehensive complex of photographs, drawings and texts which revolve around Europe as an idea, a place of origin and a community, ‘seen’ through the perspective of the human body and yearning. Some sheets bear socially abstract concepts and signs like “postcapital”, “passage”, “O” and the stars of the European Union. Several other sheets show nudes of men and women, brought forth out of the artist’s interior, and with the figures rendered alone on the surface or in combinations where they merge and entwine. And there are other sheets where the body and abstract sign are held together, thus displaying the fundamental dialectic of the artistic undertaking in this complex. From the subject and mode, these lines of associations move onto – amongst others – the field of biopolitics that Michel Foucault had detected in the Will to Knowledge, the first volume of his final opus The History of Sexuality. In today’s control society, the power of capitalist authority inscribes itself directly in the vital bodies of the population.
Plamper follows this trace in his unique way, taking his own body as the basis and Europe as the thematic frame of his agitation. As a collective, humanistic ideal and as a union of peoples, Europe is in acute danger, seeming to become weaker and weaker by the day, wilting away. Its surfaces appear worn out, cracked and chafed or unresponsively metallic, its body hollowed out and cloned. The “abstract machinery of national sovereignty” is once again on the march and is a toxic pacemaker for a humanistic and pan-European political project.
It is precisely the younger generations, to which Plamper belongs, who grew up in the security of and in the attachment to this idea spanning from Antiquity to the Modern Age. But just like Orpheus, who loses the helpless Eurydice to Hades, Europe is slipping through the hands of those who care in the direction of a miserable shadowy existence and a lurking finale to become what was yesterday. And so once again the contest is: Eros versus Thanatos. With your love, your desire, your blossoming body, you have to go to where life and death intersect, venture into the realm of shades where Hypnos, the dream and the sleep, and his twin Thanatos, the peaceful death, and their sister Keres, the violent death, reign. Only there will you be able to change things fundamentally. But should your own body be an integrative part of the biopower that is corroding a humane Europe, then to what extent is the autonomy of a bodily subject to still be trusted? Or to put it more clearly: is “fuck the pain away” still an effective agent in today’s age when self-empowerment is at stake?


Another intersection in this graphic examination crystallises around Hypnos, the guard and messenger of un- or subconscious. In this case it is only of secondary importance if Carl Gustav Jung’s theory of a “collective unconscious” or Maurice Halbwach’s theory of a “collective memory” is drawn on. There can be no doubt that the relationship between subjective consciousness and collective sub-consciousness plays a pivotal role in the Shadows. Via the path of instinctive drawing, the artist dazes himself inwardly; descending into the depths he has cast a few anchors and then personally fathoms hidden collective structures directly on the ground. What he finds there and makes visually graspable also affects us, for we not only share large zones of the sub-consciousness, but moreover our actions are driven by them.
Creative work is a very elementary form of dealing with this recalcitrant world, or in the words of Gilles Deleuze: “One has to get to where folding the line is possible so as to create a liveable zone in which one can find shelter, can defy, can gain a foothold, can breathe – in short: can think. Fold the line to be able to live on it, to live with it: a matter of life and death.” This is perhaps exactly what Tim Plamper is doing.
Tags Lazy exhibitions, solo show, Tim Plamper, Unttld Contemporary, Vienna
Newer Post Older Post Home