Interview: A conversation with Hannes Schmidt from Schiefe Zähne / Berlin

I first met Hannes Schmidt when he had just opened Schiefe Zähne in April 2017 with a show by Lukas Quietzsch.
Now, almost two years later, we meet again to have a conversation about the gallery’s status and progress, Hannes’ previous projects and the current show; a beautiful painting exhibition by Tom Humphreys.
As for SZ’s future plans, upcoming at the gallery is a show by Olga Pedan and Charlie Froud opening on February 22nd, followed by a show by Nikolas Gambaroff. 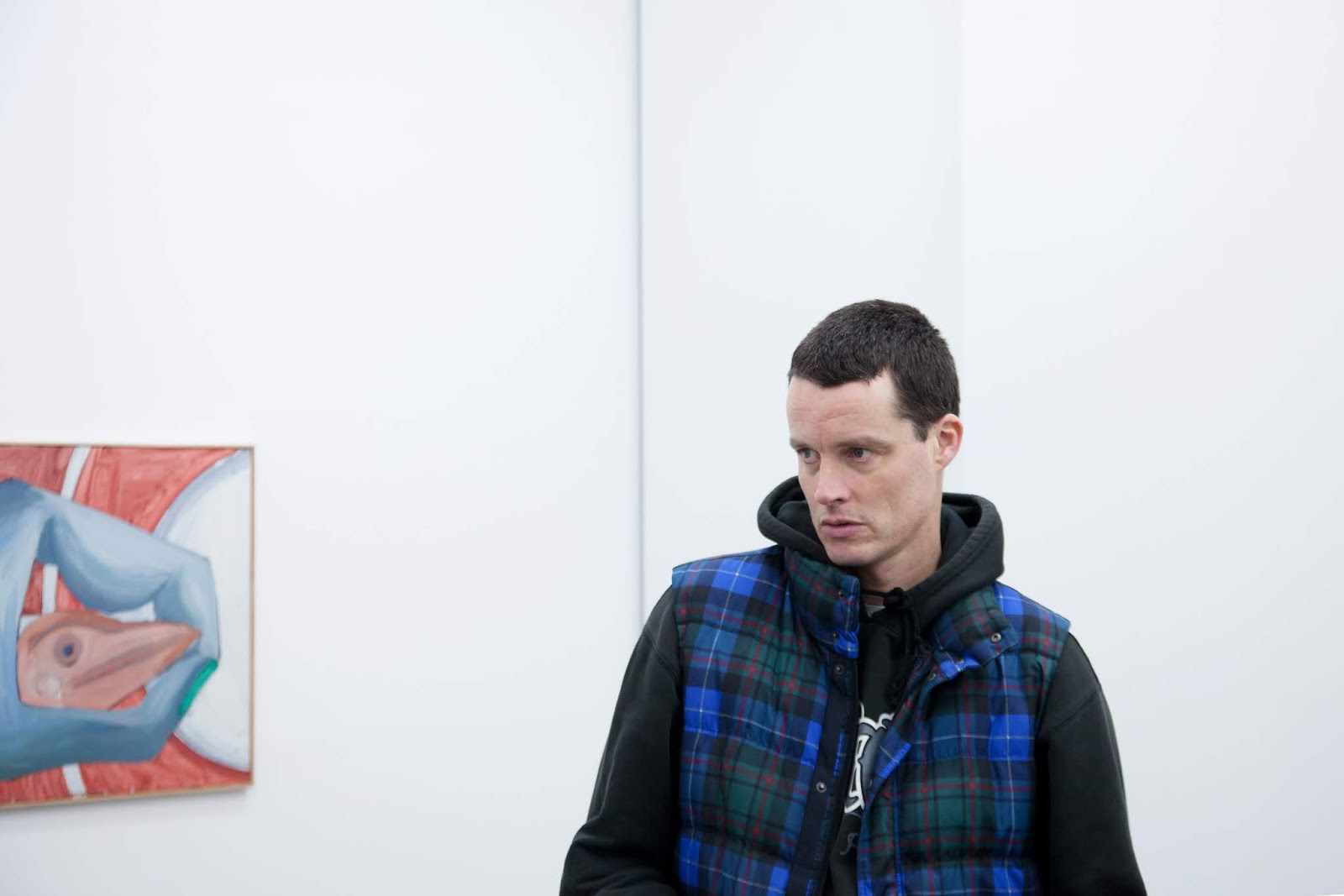 
TP: Schiefe Zähne, means crooked teeth. How did you come up with this name?

HS: Schiefe Zähne is a comment I made in a conversation with my girlfriend, Sophie Reinhold, trying to describe what I felt the gallery should be all about. I was thinking of other names at the time. Sophie mentioned the comment to Lukas Quietzsch and they convinced me I should stop making up names cause it was already there.
SZ is not a fixed term. For me it symbolically speaks of differences, errors and inconsistencies as an important quality within art. I guess that’s what I care for. 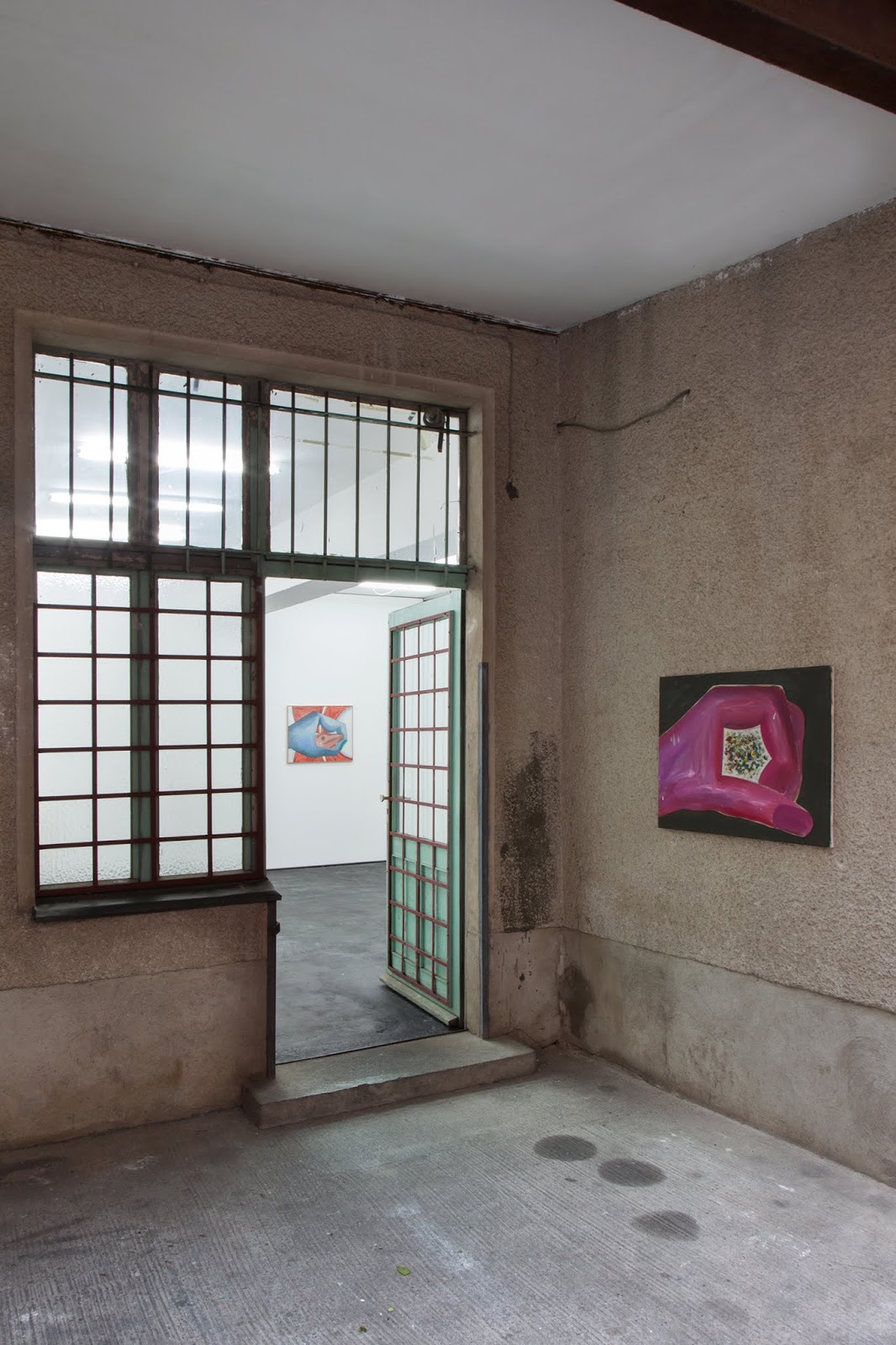 TP: Why did you decide to open a gallery and what are your previous projects?

HS: I studied art and also worked as an artist for quite a while. Then I started the project Dingum, together with Dennis Oliver Schroer. It was was a curatorial project that happened between 2011 and 2016. My own production slowly faded out by then, although I saw Dingum somehow as an extension of my praxis.

For most of the time it was what is now mostly called an off-site project. At first we made a series of shows in a modernist building in Berlin Tiergarten (Eternithaus). It’s a spectacular space, at the time used as office for a catering company. Dennis was friends with the owner and he agreed we could use the space on weekends. We took photos of the office situation and then de-installed everything in the space. Later the artist would come to install and then we had visitors from 2 pm on Saturday until Sunday evening. After the de-installation, we would use the pictures we had taken earlier to remember how to reconstruct the office situation.

Later dingum installed itself in a variety of spaces: restaurants, parking decks, gardens, karaoke bars, rental cars. This was followed by a series of invitations of institutions and other projects spaces and we started to travel.

This was all pretty important for the decision to start SZ. Dingum was about the idea to create a situation for art that raised questions on the circumstances around the act of exhibiting and how they are an important conditional pre-set / influences. It was also a self-empowerment move, as we decided we didn’t need an institution or any other pre-existing, legitimating entity to create an interesting situation.

Schiefe Zähne now on the other hand is a very classical format . It physically is a space like any other, trying to provide good conditions to present art without looking aseptic. I guess I like these limitations now after this long excursion of various circumstances. At the moment I look at it as an experiment with very specific conditions.

I’m using the gallery format because I can’t ignore the fact that this is all taking place in an economic reality and I think there should be a value system to the work done.  So far everything I ever did in art was cross-financed by the artists and me, I never really got funding for any of the curatorial projects. To make a permanent space, you can hardly trust on funding and if you, on the other hand, approach the market you seem to loose the credibility for it.

I have to see where this goes. I’m not bending the term of art towards a market functionality. Therefore I don’t see why these two perspectives of selling work and getting funded should be in this dualistic state of opposition in the case of spaces like SZ. 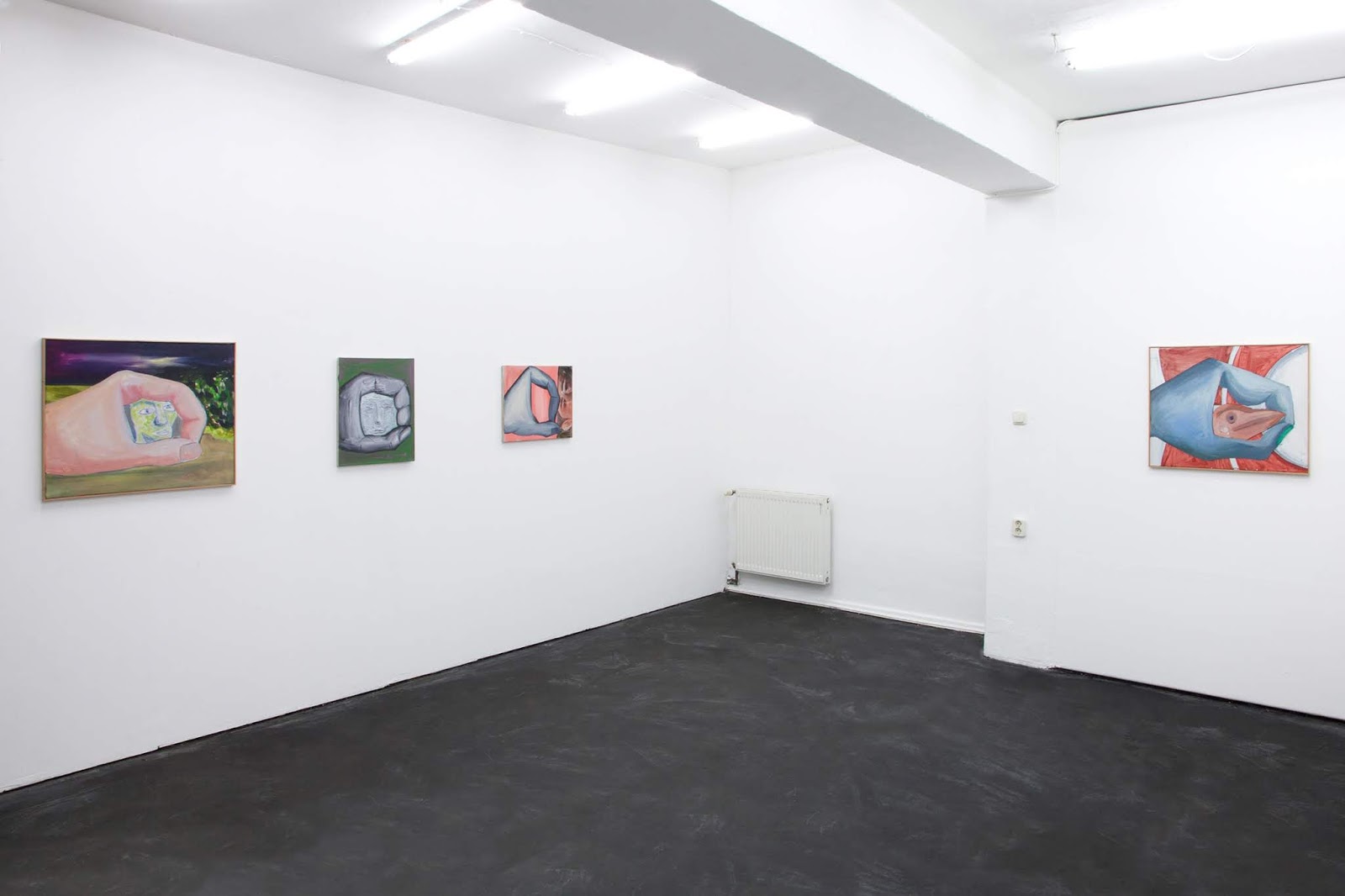 TP: How do you choose the artists you show?

HS: I guess all artists I worked with have an ability to reflect the controversies of their own production in their work. We also have a shared sense for the context this production takes place in. In many cases the relationship to the artists is based on intense conversations that were unbearable if we didn’t share a sense of humour. 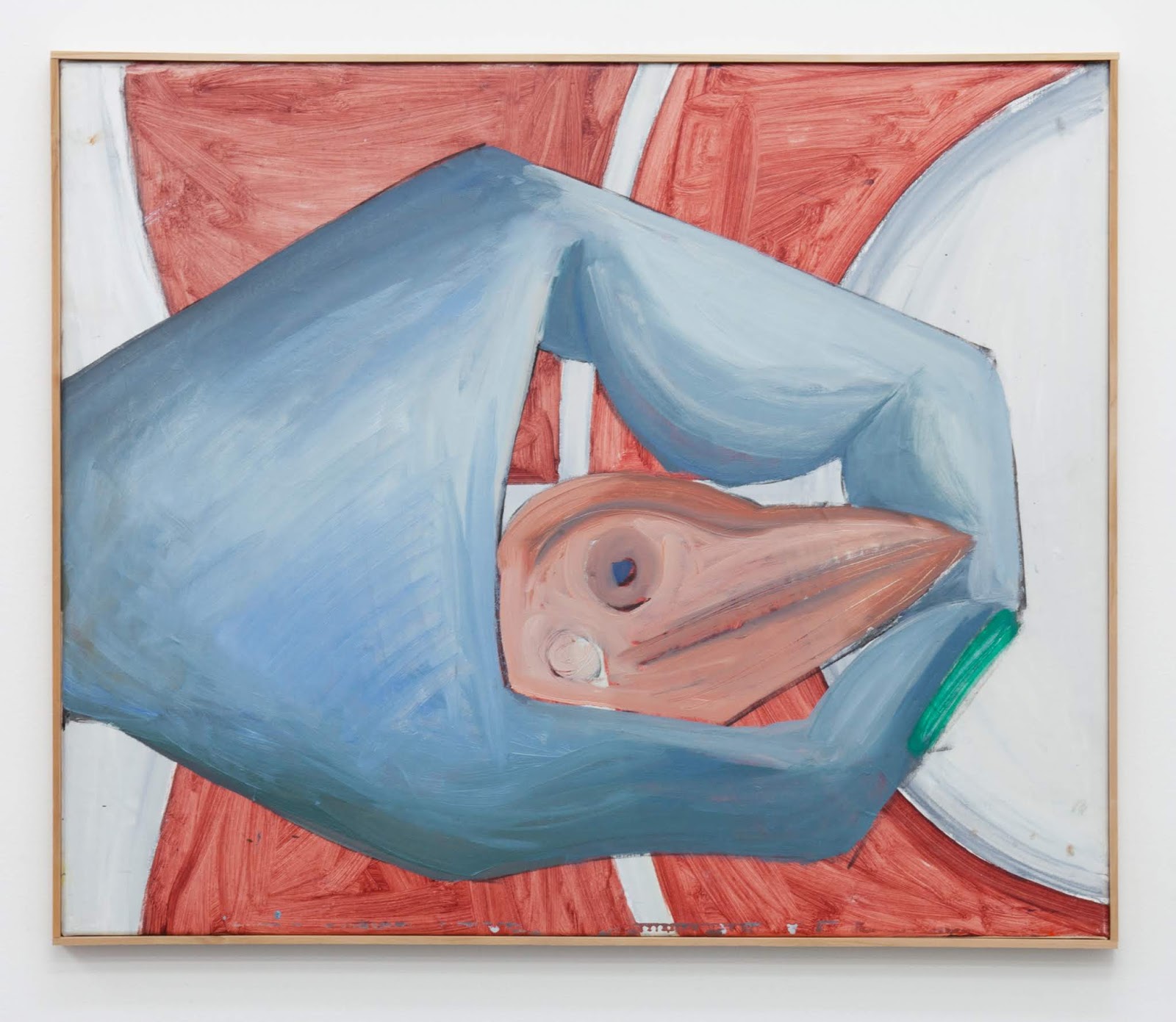 TP: How do you engage with the art market? Are you planning to go deeper into the gallery business or do you prefer to keep an independent profile?

HS: I will again apply for the Berlin project space funding. At the same time I got invited by a number of fairs, but the fees are just too high to take the risk for spaces like SZ.
I replied to some and suggested to work with them on commission. Since young galleries seem to be an important quality for fairs the deal could be this: we’ll pay them in case of sales, this would guarantee them our participation on the base of a shared risk. If the fairs don’t want to take the risk by themselves they could share this with blue chip and other bigger galleries who profit the most from the fairs’ ‘young and cutting edge’ program. 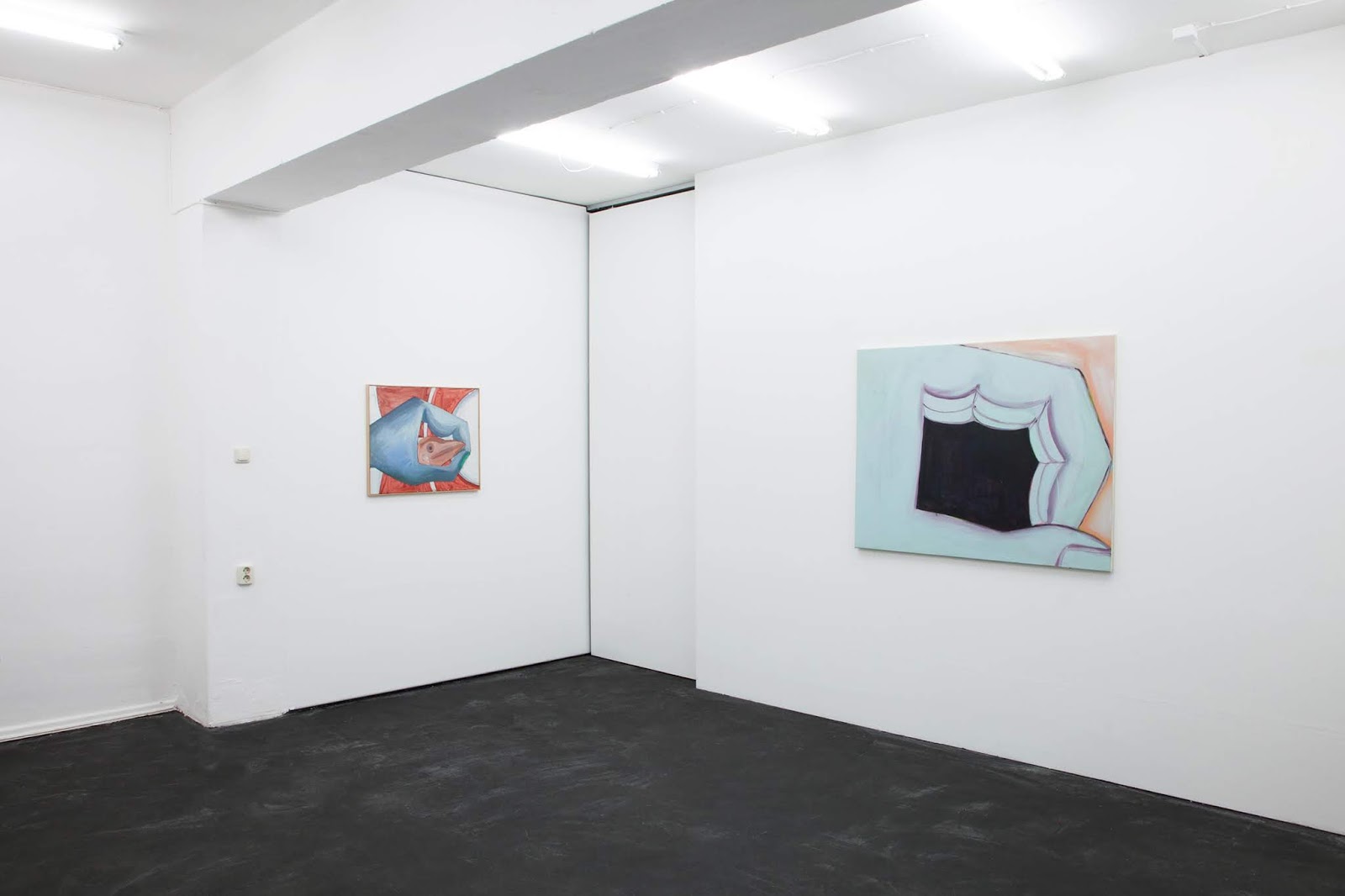 TP: How does the gallery contribute to the local art scene?

HS: Well, serious independent programming in a physical space where people can come see it.  I think SZ is structurally interesting by keeping up a program against lots of odds. I care for bringing people to Berlin that haven’t shown here. At the same time I think there’s really good positions of people who live here and are really engaged with the city. So it brings new perspectives into the city and at the same time it gives larger visibility to positions from the Berlin scene. 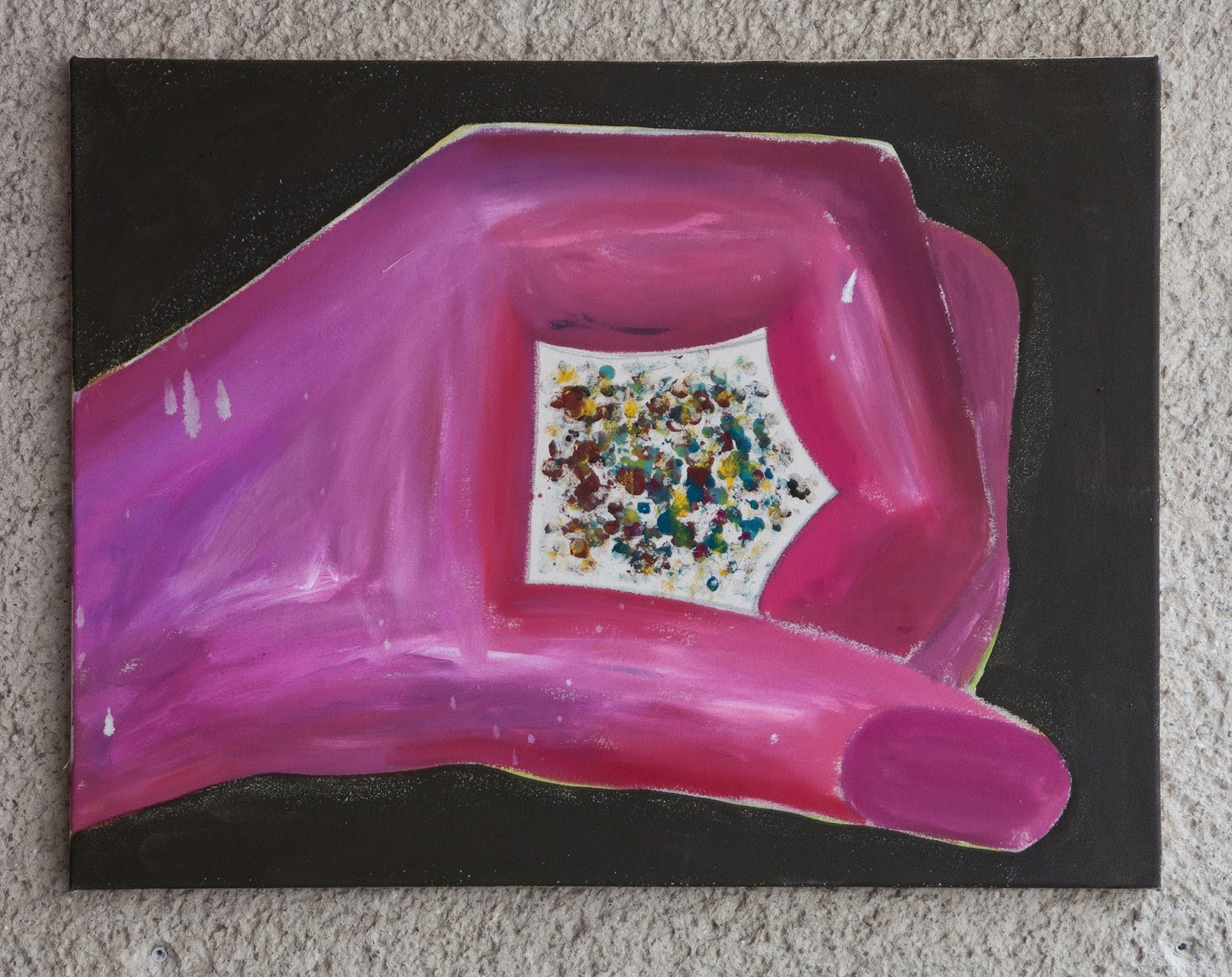 TP: What has been the feedback so far and what are your goals for 2019?

HS: Feedback so far has been really good! I think lots of people have an interest in these kind of structures, I’m thankful for all the attention we get from various sides. Berlin has a huge scene and it’s really not a given thing to have an audience, the press, blogs and art fairs respond to this.

The upcoming show is Olga Pedan and Charlie Froud, opening on February 22nd. Really looking forward to this.

This year I want to figure out a way how to make SZ economically self-sufficient, either through funding or sales or both, so the artist and me don’t have to cross-finance everything. TP: Currently on view is the show Scanners by Tom Humphreys. It comprises a series of paintings depicting hands “framing a section of a larger visual continuity” as you write in the press release. Can you tell us a bit about the artist and the show?

HS: Tom is a painter who lives in Essex and London, where he used to run a space called ‚Flaca‘. He brought a lot positions from the scene in Germany at the time to England. This already is important to me in a way, since I showed many people at SZ that are involved in exhibition making or ran project spaces. (Lukas Quietzsch and Philipp Simon (Liszt), Helene Fauquet (Various Projects), Shoshiro Matsubara (XYZ Collective), Lucie Stahl (Pro Choice), Henning Bohl (Various Projects).

Since about a year, Tom works more classically with canvas formats while before he has worked on many different materials. Very known are his works on ceramics including photo transfer prints. The paintings at SZ show hands making a crop-move, as if they were trying to find the framing for a photograph. Simultaneously the hand seems to reproduce the paintings edges in the way they set the borders of the paints match field. This is the framework for what then becomes a very playful and diverse interpretation of the motive and use of color and styles. 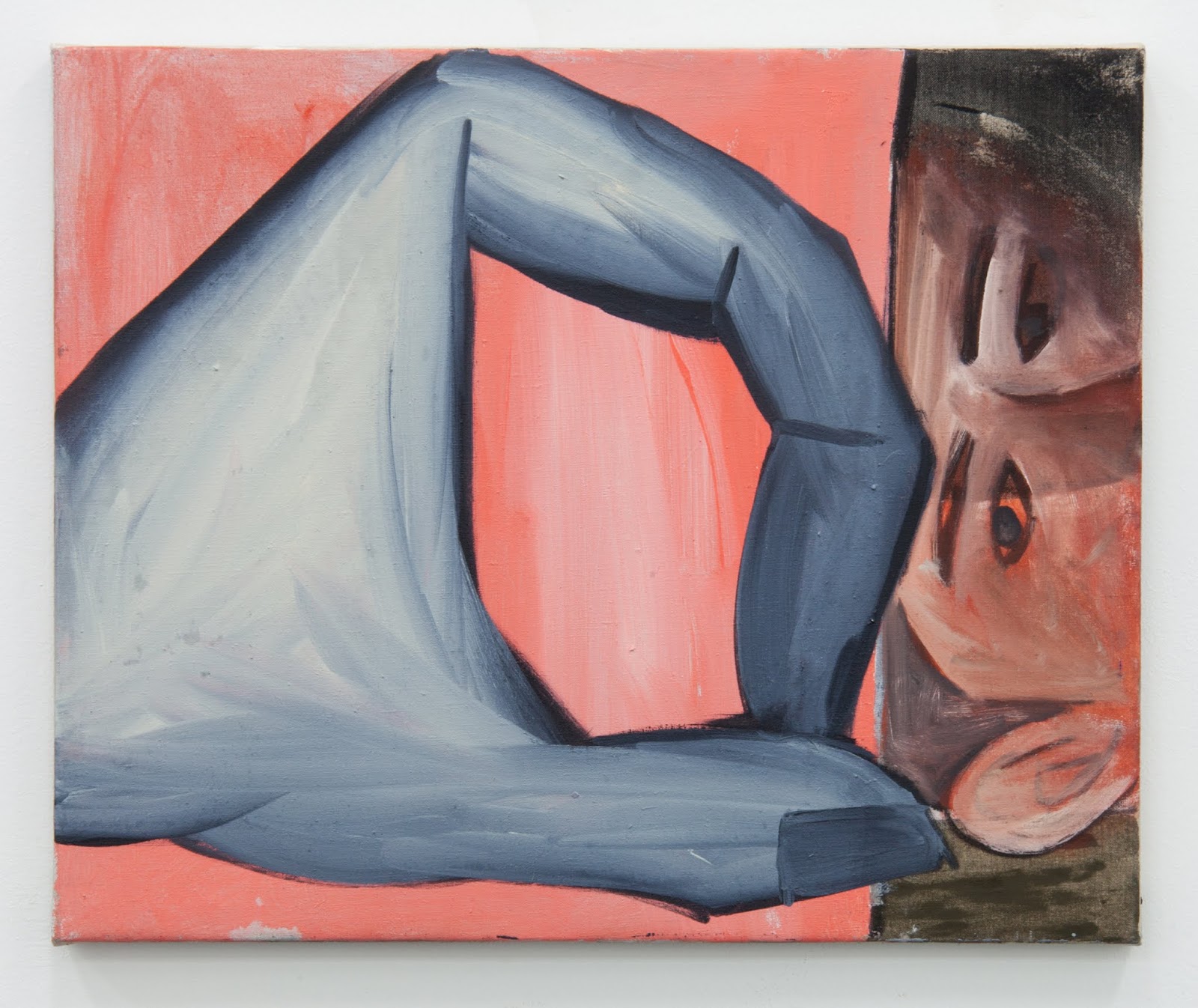 TP: What are your thoughts on Painting? Considering that you have shown quite a few paintings; works by Tom Humphrey, Soshiro Matsubara, Sophie Reinhold, Anders Johansson, Ryan Siegan Smith, Nico Ihlein and Lukas Quietzsch.

HS: The fact I showed a series of painters may be caused by increasing interest during the process. I didn’t plan to do so.
I think painting works in a very specific relation to its producer. It feel it’s like a language with a vocabular, grammar and everything, supposedly comparable due to the reduced elements used and its flatness. But then it’s also not at all comparable because there’s so many ways of using it. Just like a language and it’s relation to the speaker. You shouldn't take it all too literal. 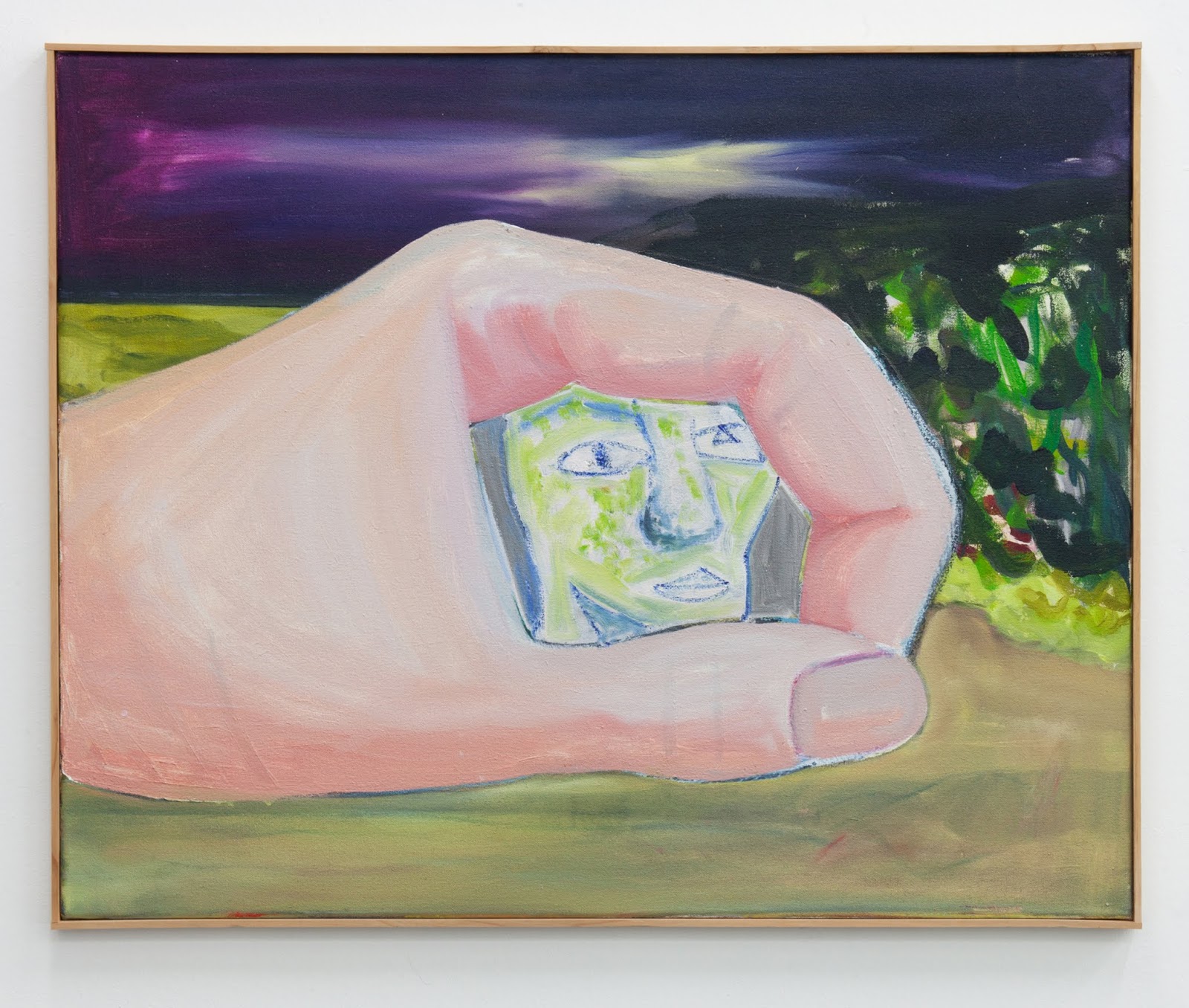 Scanners by TOM HUMPHREYS is on view until January 19th 2019