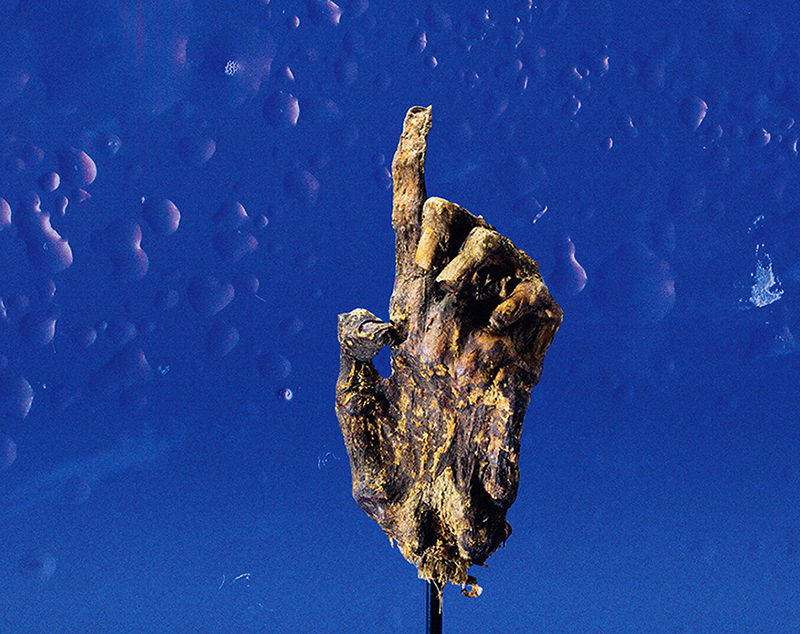 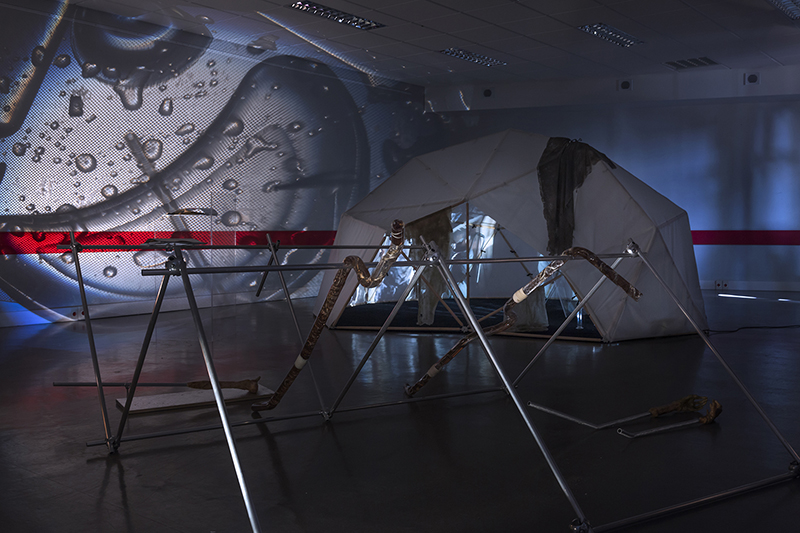 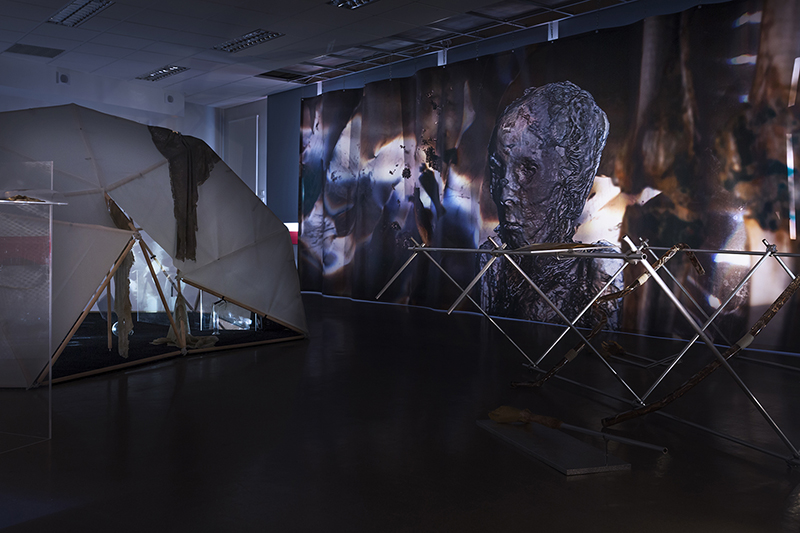 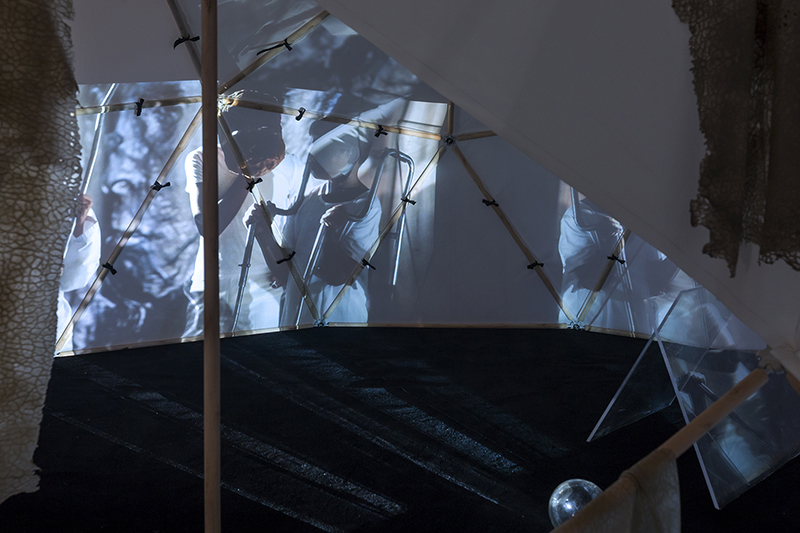 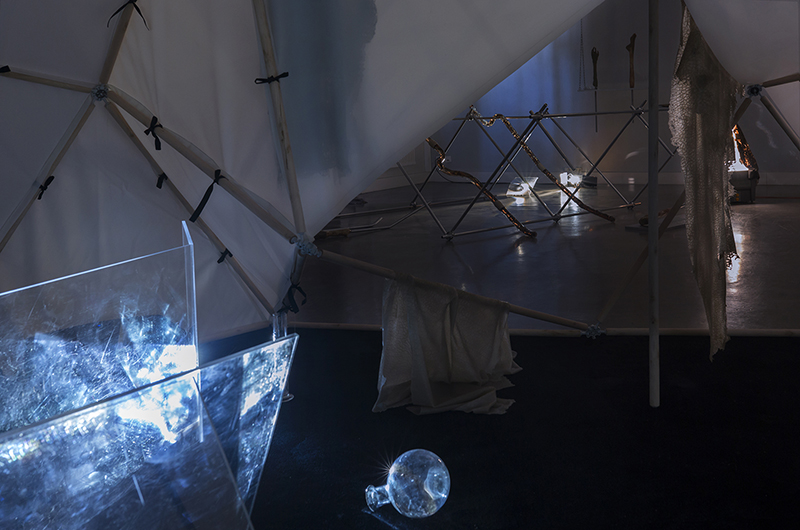 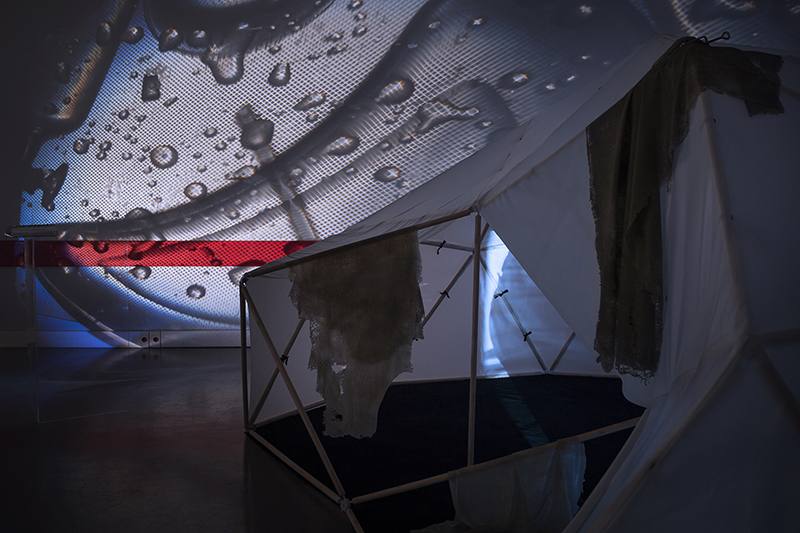 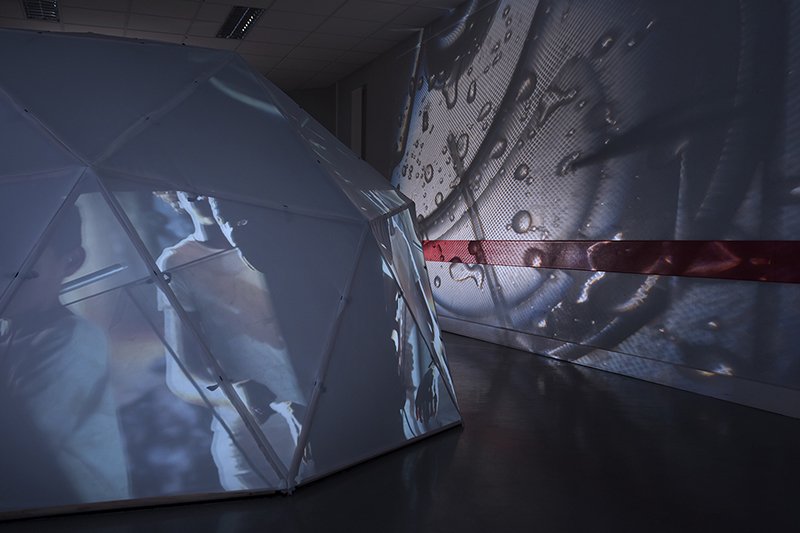 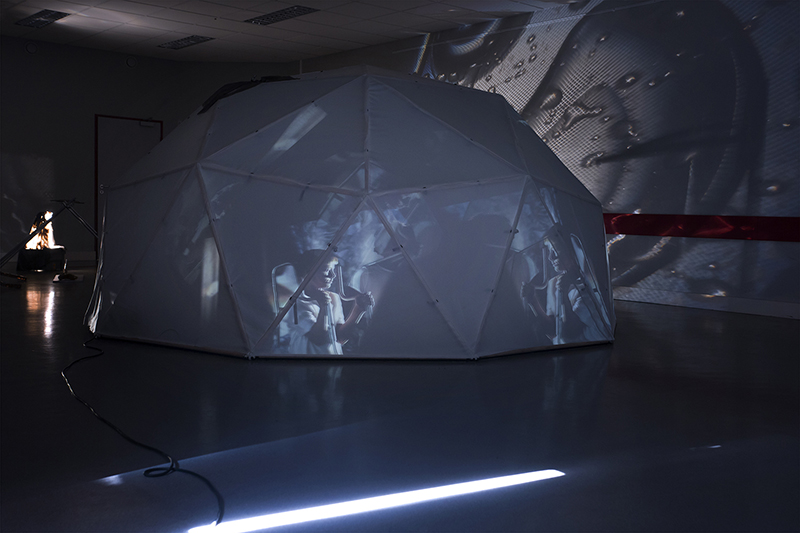 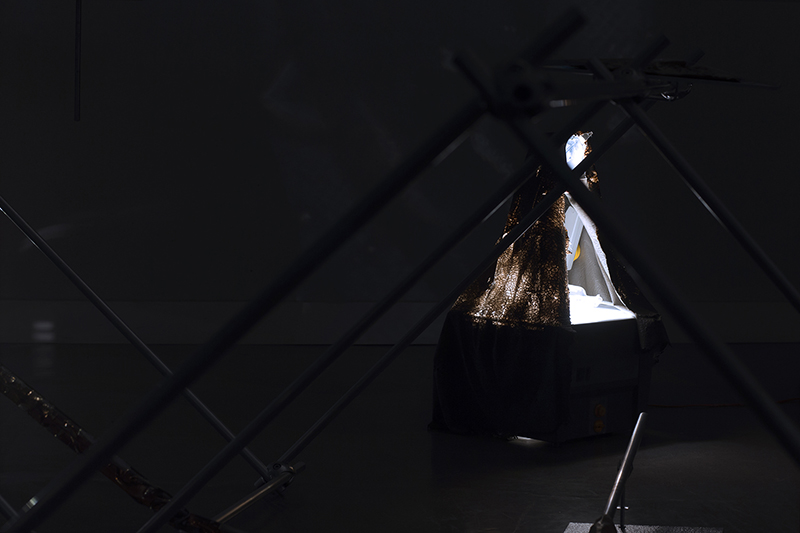 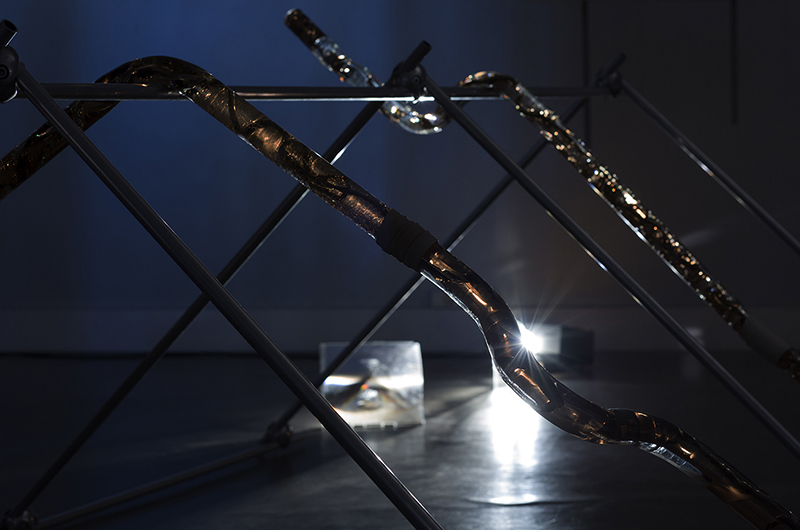 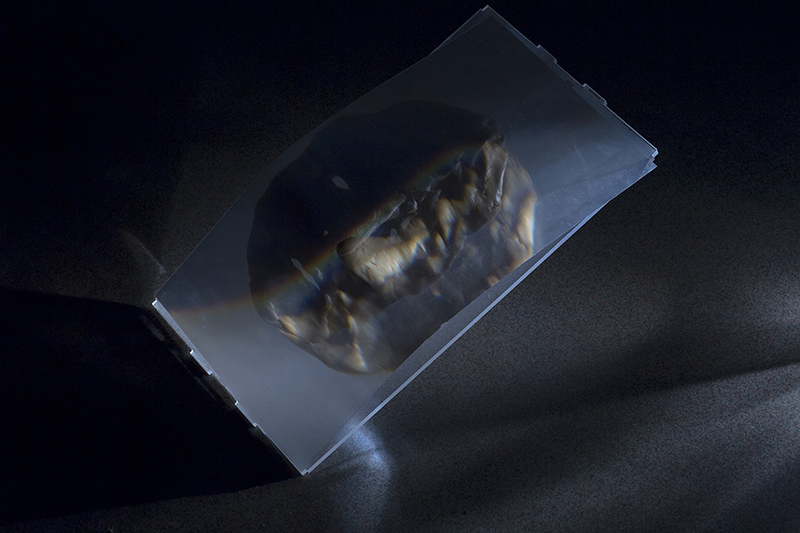 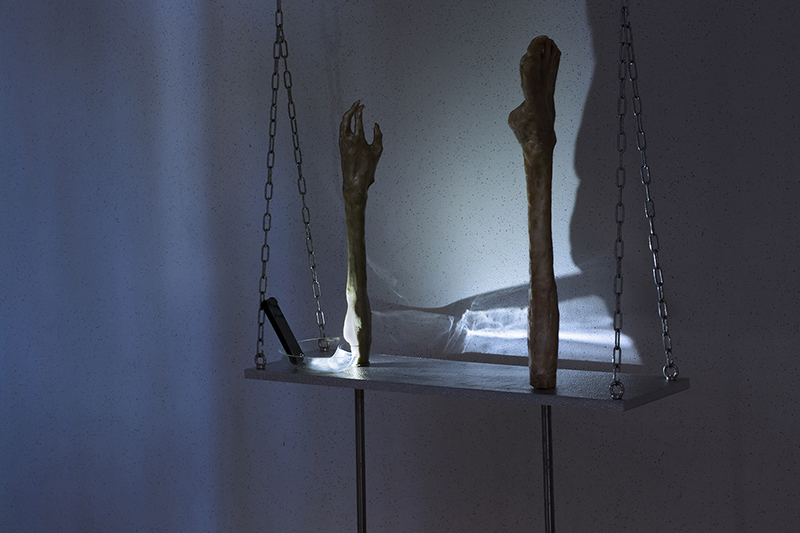 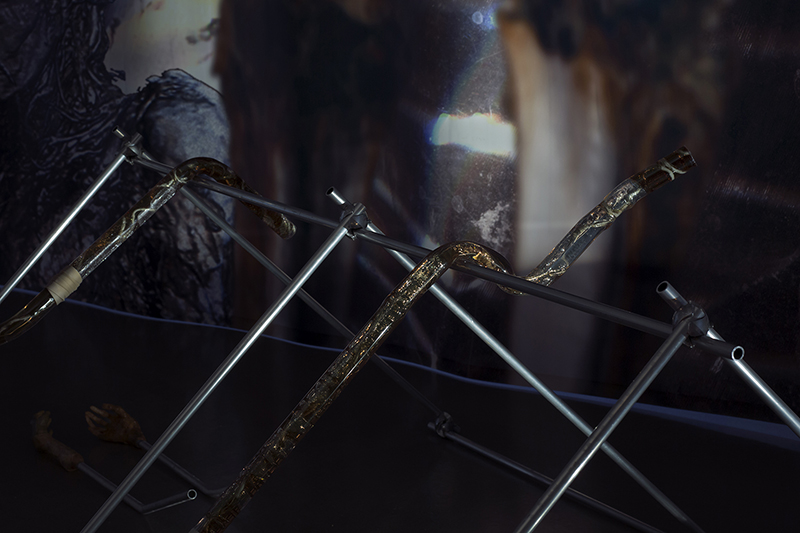 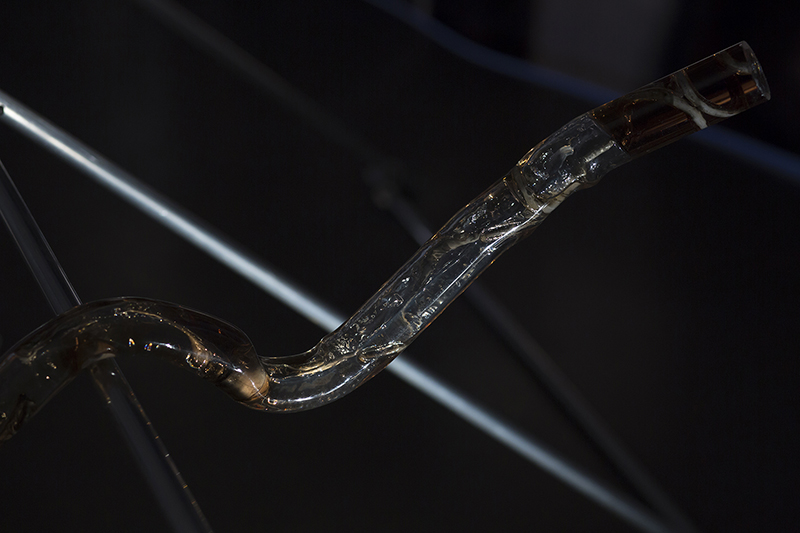 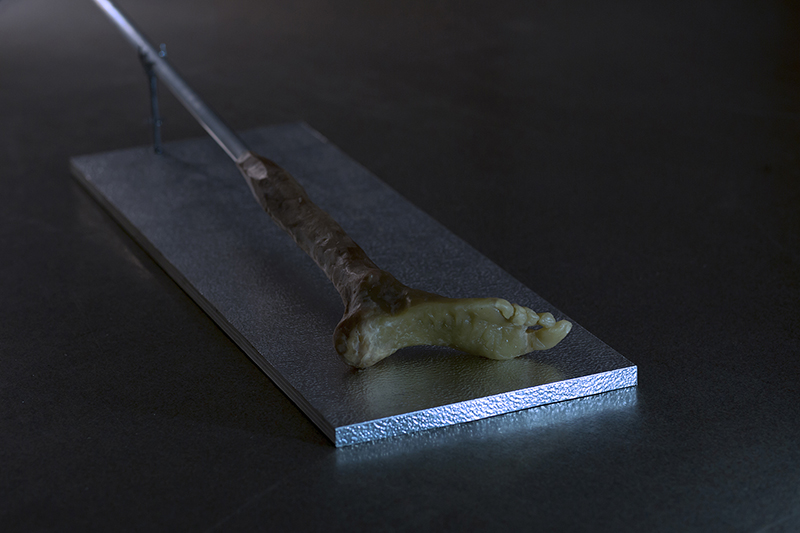 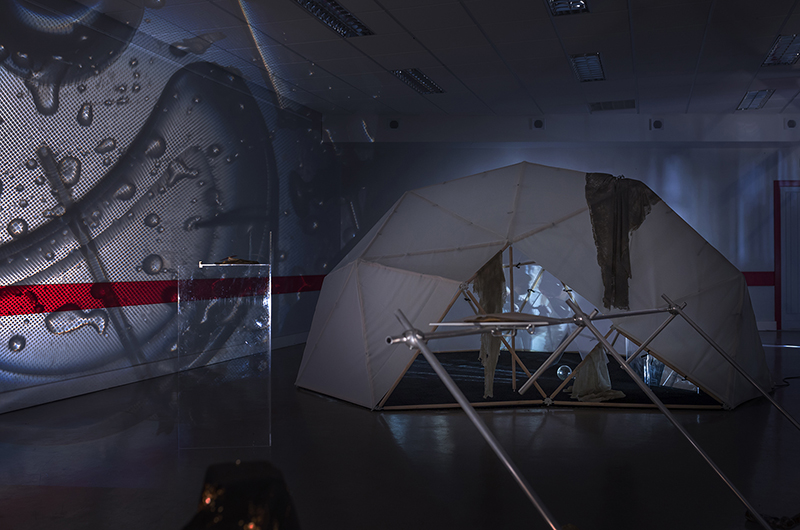 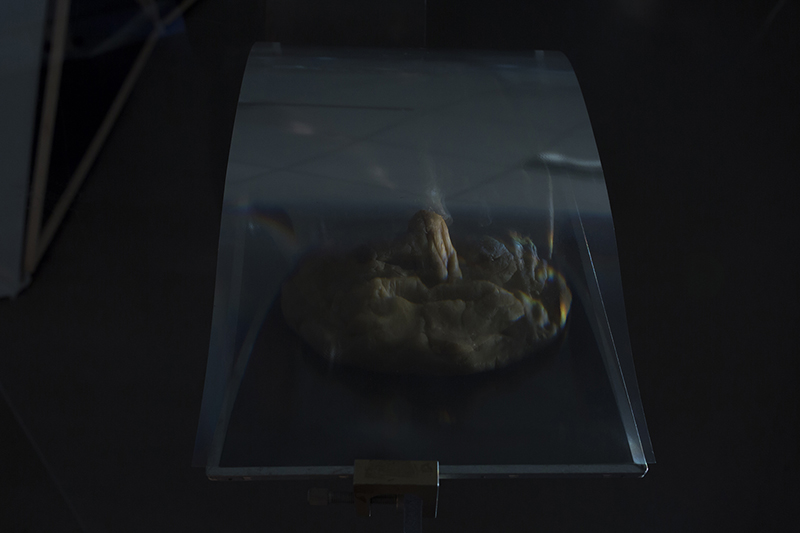 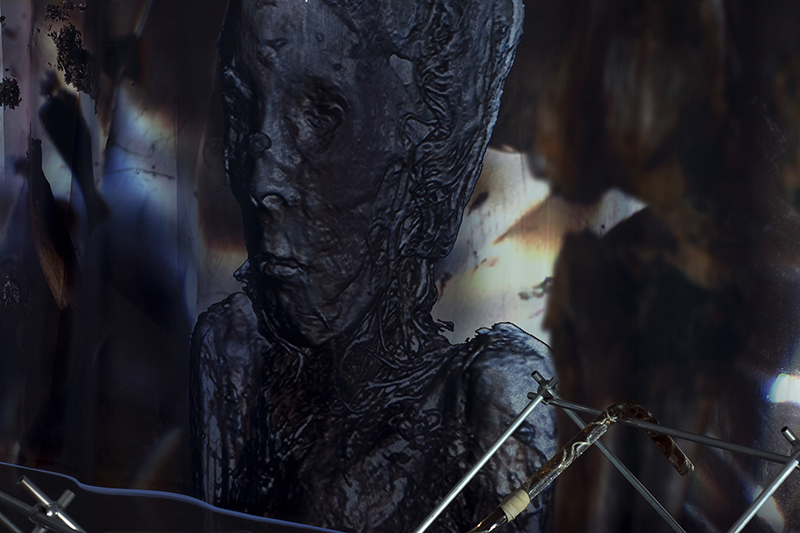 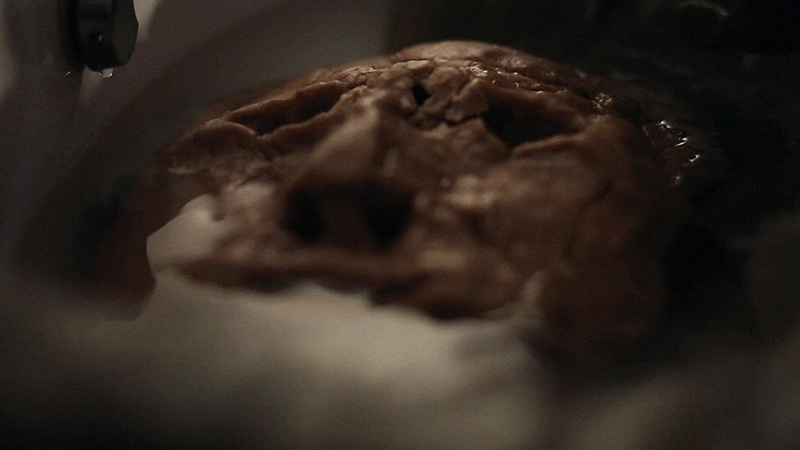 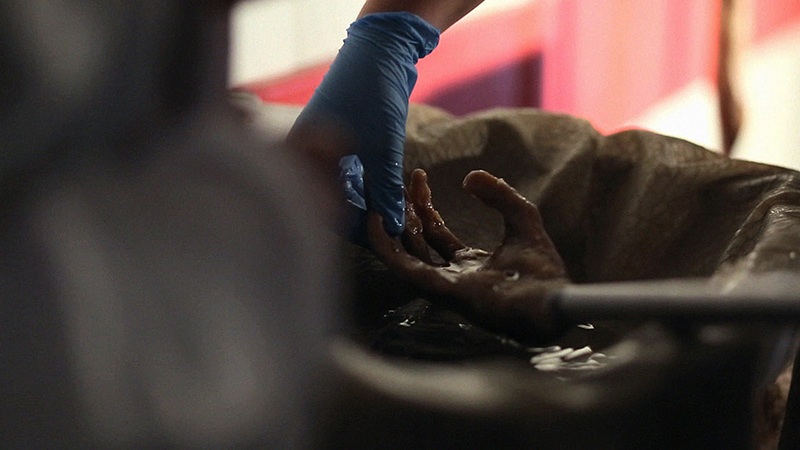 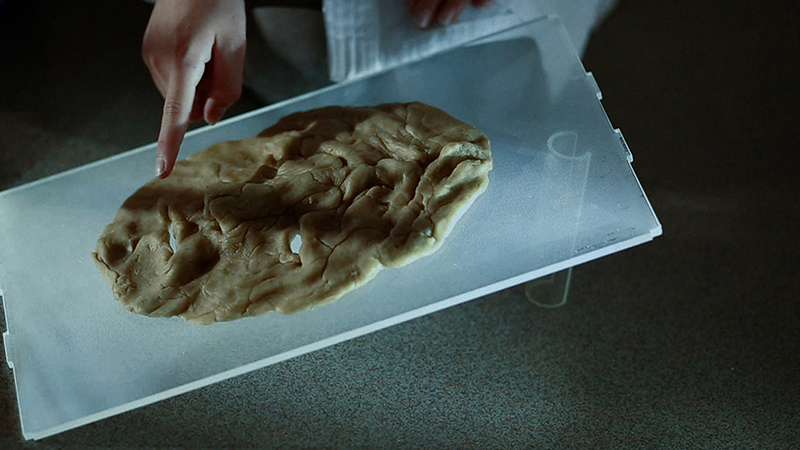 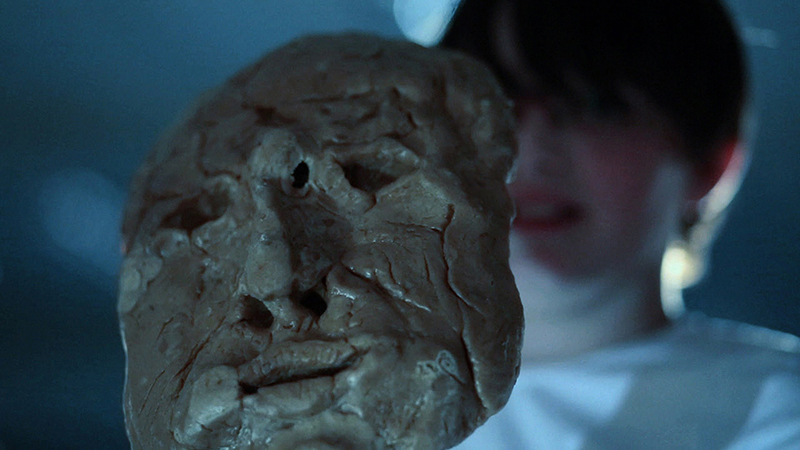 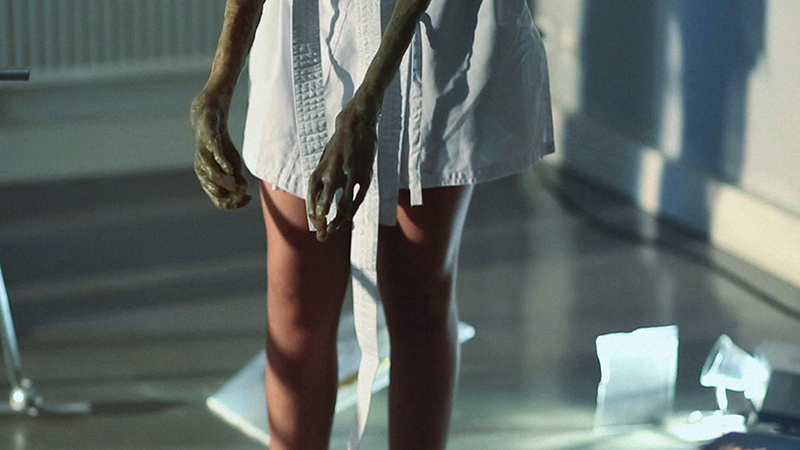 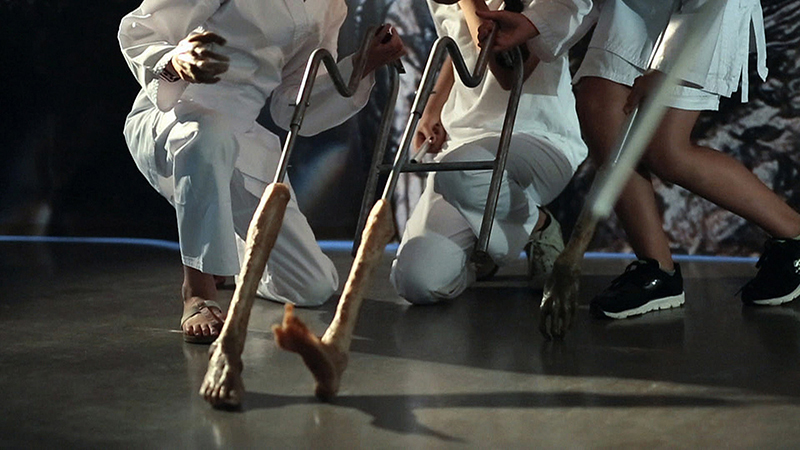 The possibility of an unlimited extension of life, which has largely fed on the imagination of science fiction, seems today supported by recent advances in molecular biology. The discovery of the stem cells would make possible the regeneration of all the organs, and thus a consequent lengthening of our vital functions. For Laura Gozlan, the scenarios envisaged by scientific progress would bring out symmetries between the future of post-human man and ancient mythologies. Vitalium questions these latent links between techno-scientific progress and its generally repressed irrational part linked to the very old dream of immortality. For example, the forms of engineering that invest the body of the post-human man have many analogies with the process of mummification destined for the pharaohs in ancient Egypt. Laura Gozlan points out how much this prolonged old age that the 21st century science promises us (bordering on zombism or a form of embryonic semi-life similar to that imagined by Philip K. Dick in his novel Ubik) is reminiscent of the aesthetic world of mummies or bog bodies. But it is not only a question of a visual rapprochement because, for the artist, the analogy also remains at the socio-political level: the field of possibilities opened by the new technologies would give rise to a type of social hierarchy close to that in force in ancient Egypt, where eternal life was guaranteed, by the process of mummification, exclusively to Pharaohs and nobles. Thus, in the current era, access to life-prolonging care would aggravate the disparities between powerful and rich on the one hand and the "common man" on the other.

The installation designed for the college M.Genevoix unfolds in space as a kind of dismembered body. The heart is made up of an architectural structure at the crossroads between Stan VanDerBeek's Movie-Drome, a geodesic dome that served as an experimental cinematographic projection scene, and the sensory deprivation tank imagined in the 1960s by John C. Lilly, a representative of the California counterculture, to study the potential of human consciousness. However, if the artist does not hide her references, the environment to which it gives birth is far from the concerns of the two American pioneers. Enveloping and protected space where teenagers can meet while escaping the external glances, it evokes more a place of rite of passage and metamorphosis, like the form of a chrysalis, this intermediate stage of the life of the butterflies between the larva and the imago. The theme of the change of states, central in all the work of the artist, becomes here the main object of the installation as the video that is projected in diffraction inside the structure. Mixing images from scientific archives, archeology documentaries and excerpts shot with students, the video escapes any narrative logic. The metamorphosis linked to old age as well as to adolescence is here questioned in the light of scientific progress and programmed modifications which seem to make these two states of life models now obsolete.
Tags Laura Gozlan, Lazy exhibitions, Parc Saint Léger, Pougues-les-Eaux
Newer Post Older Post Home