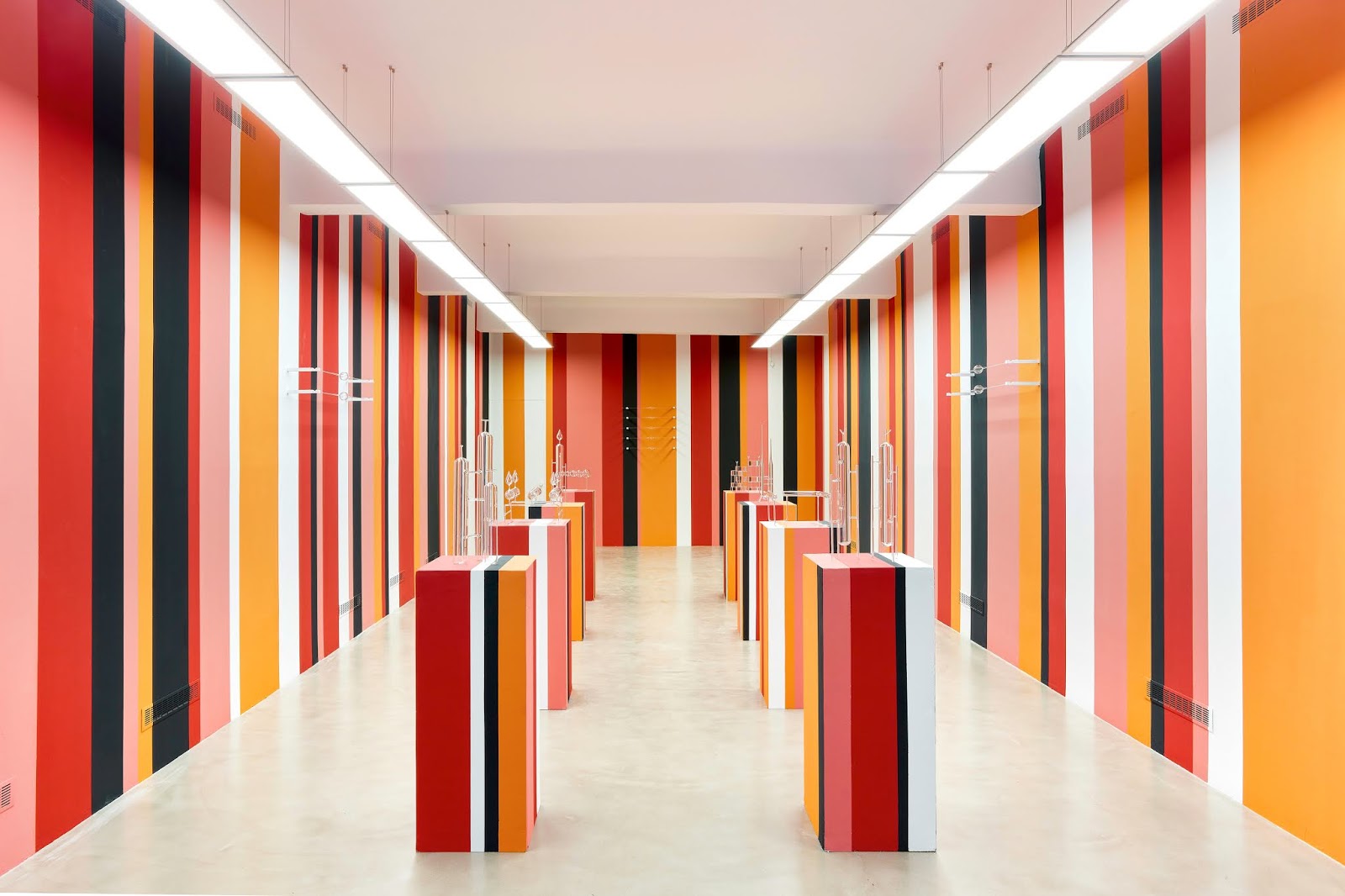 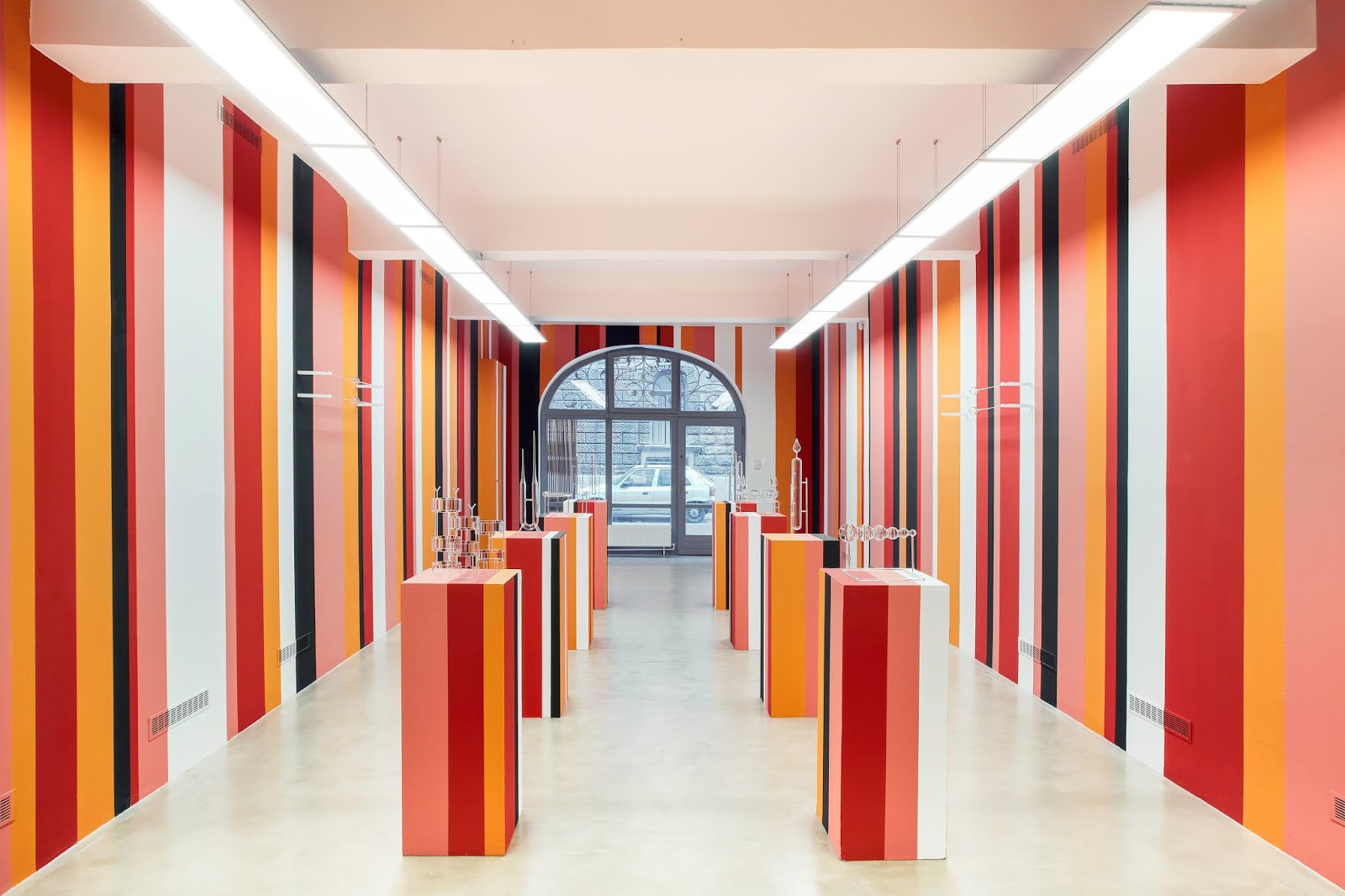 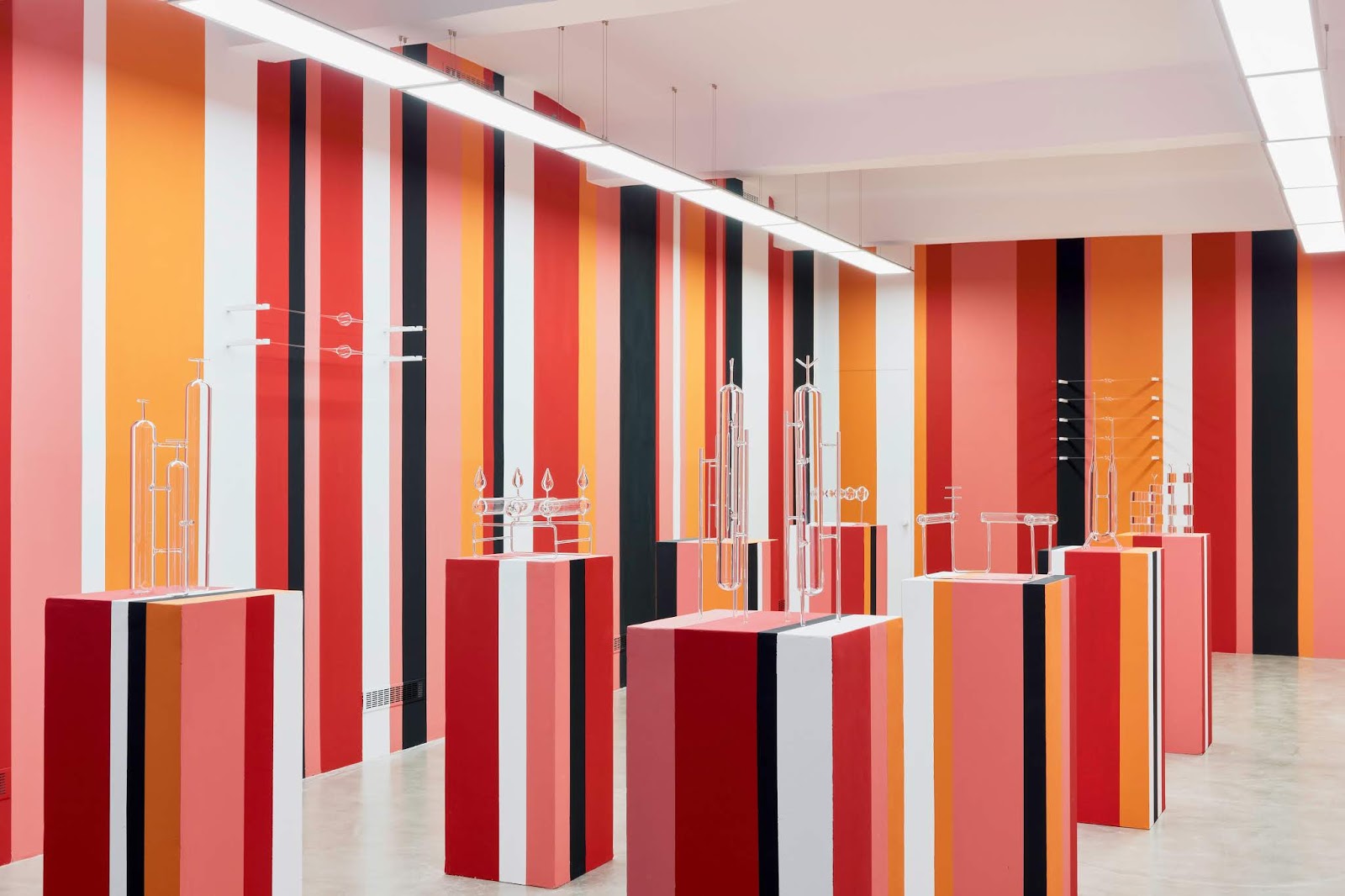 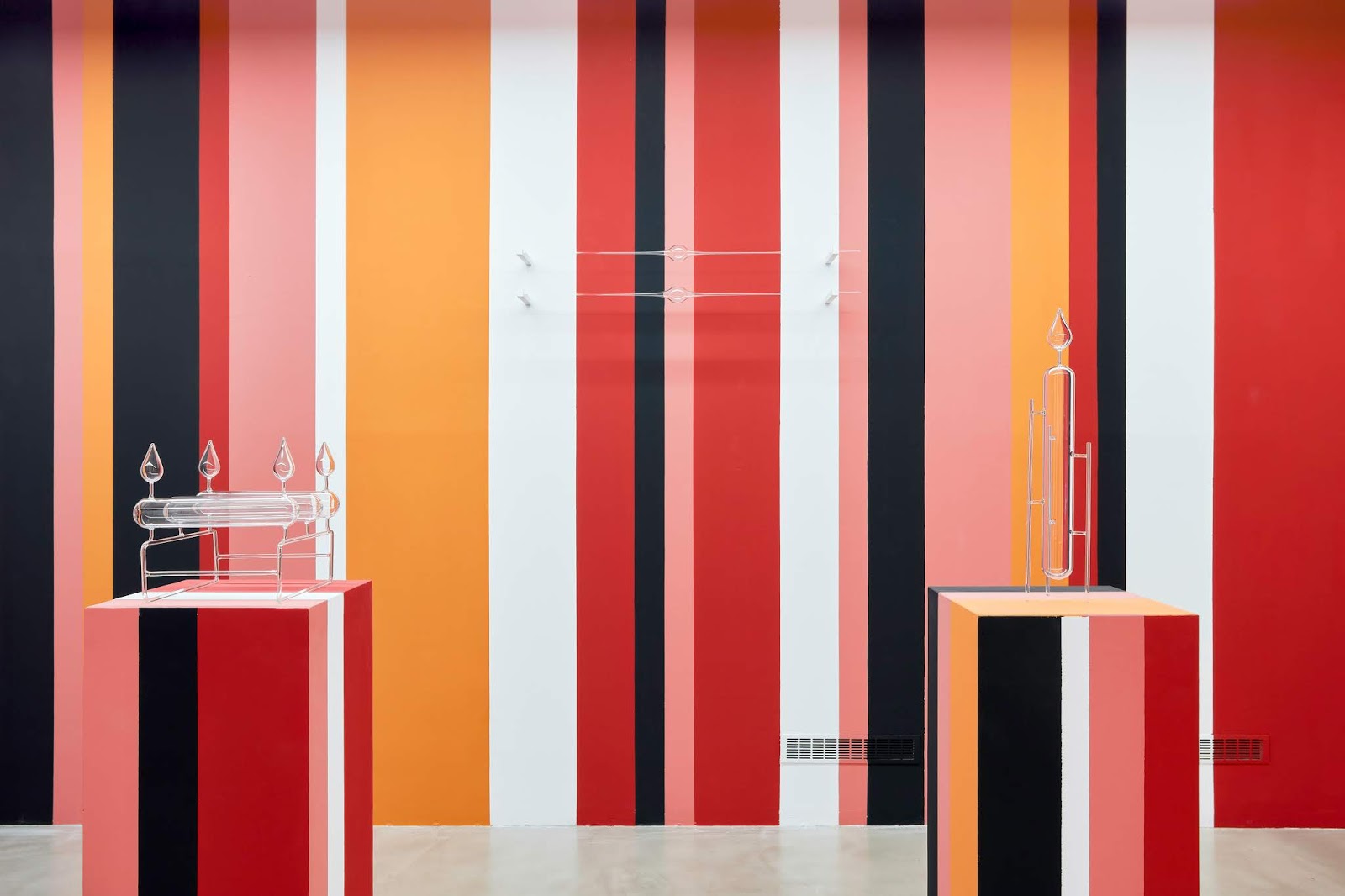 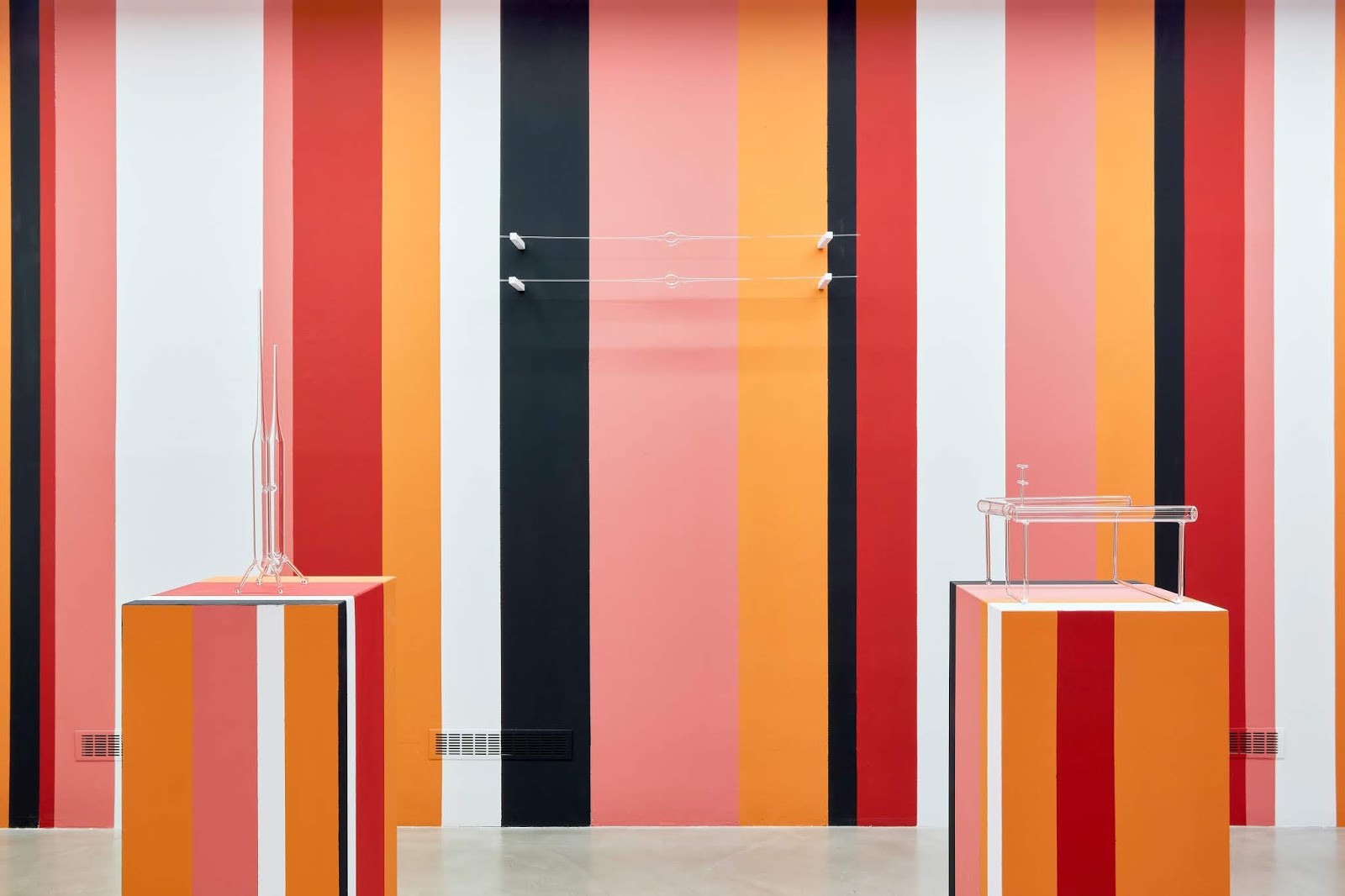 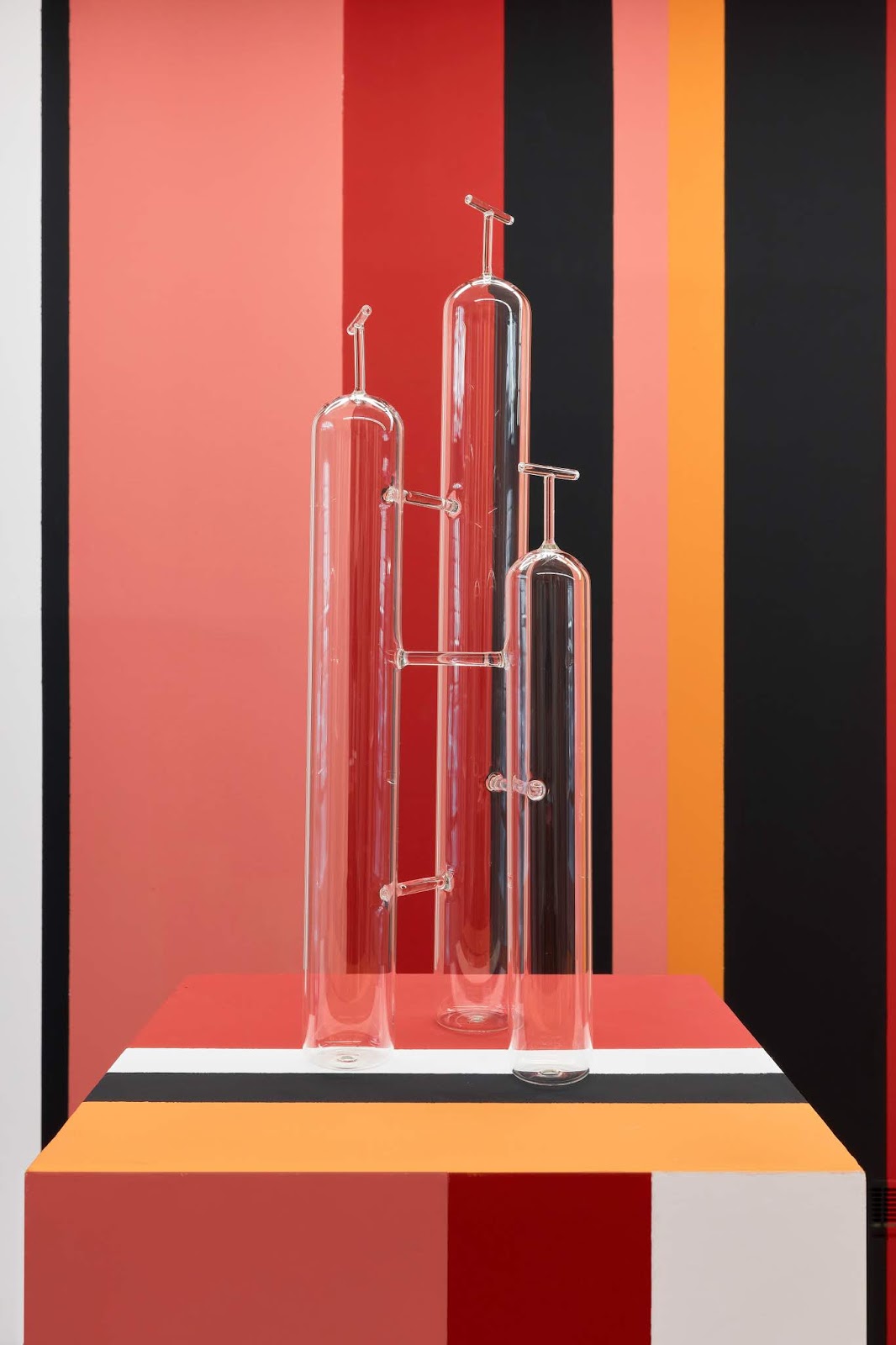 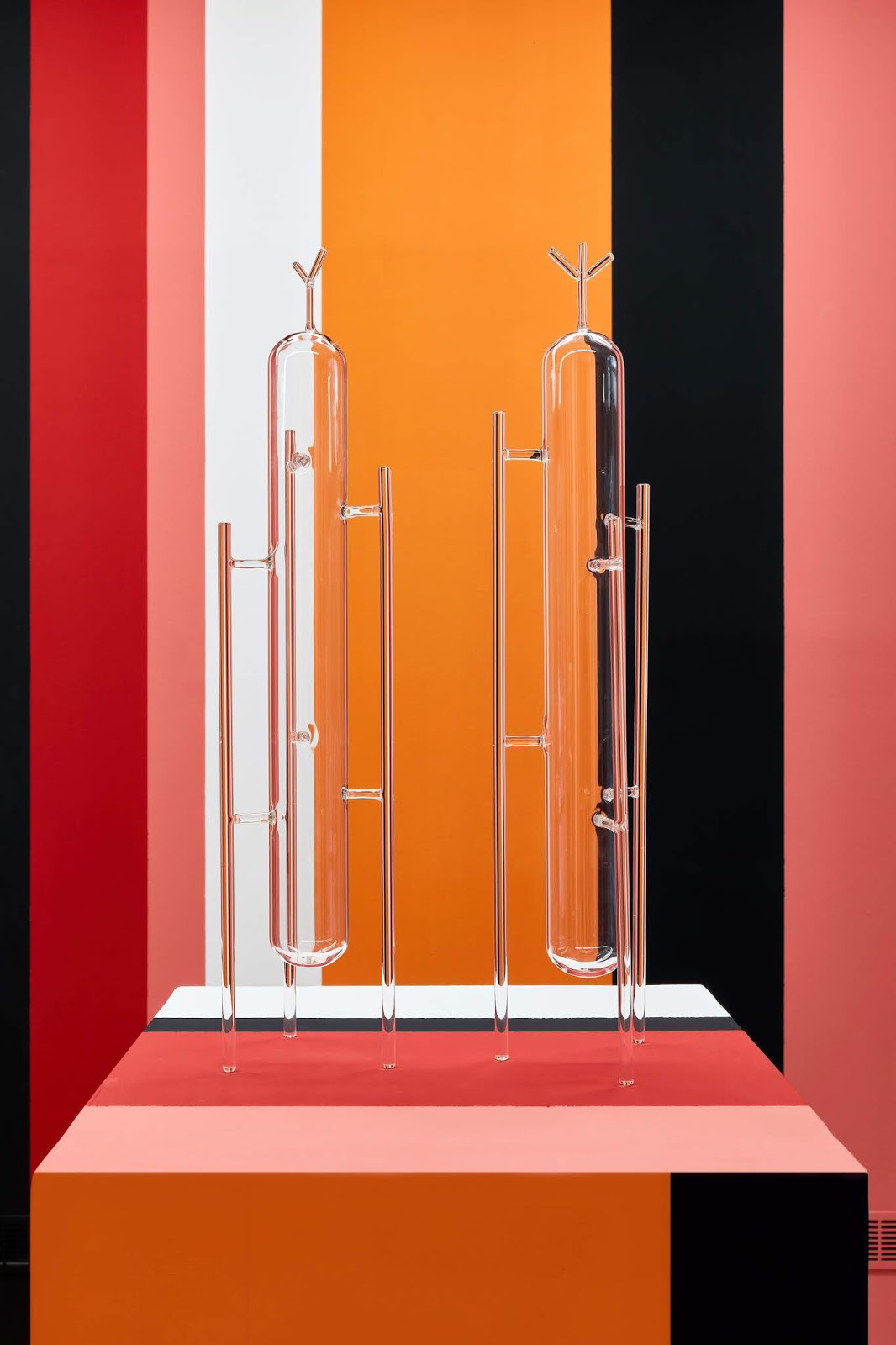 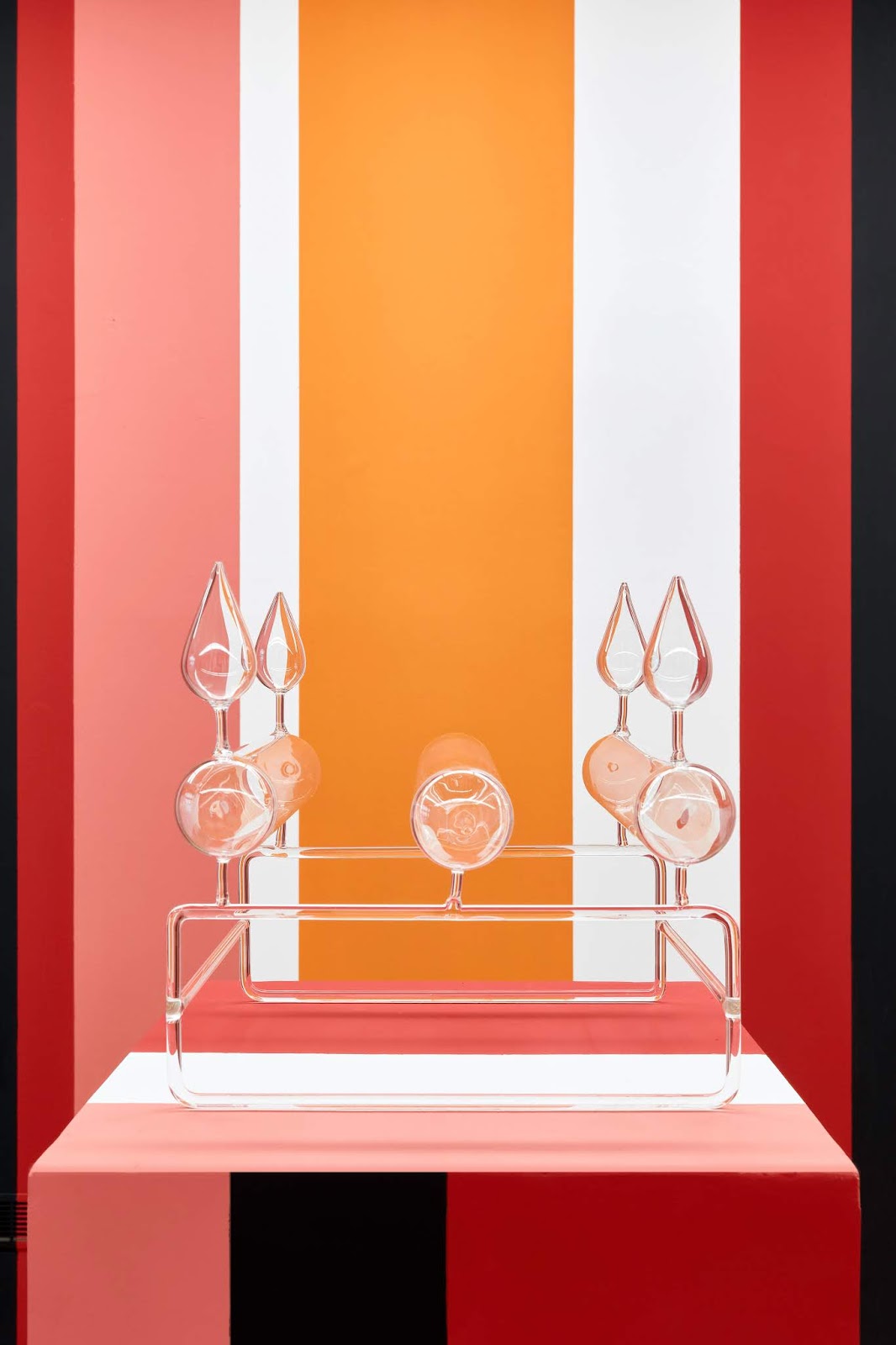 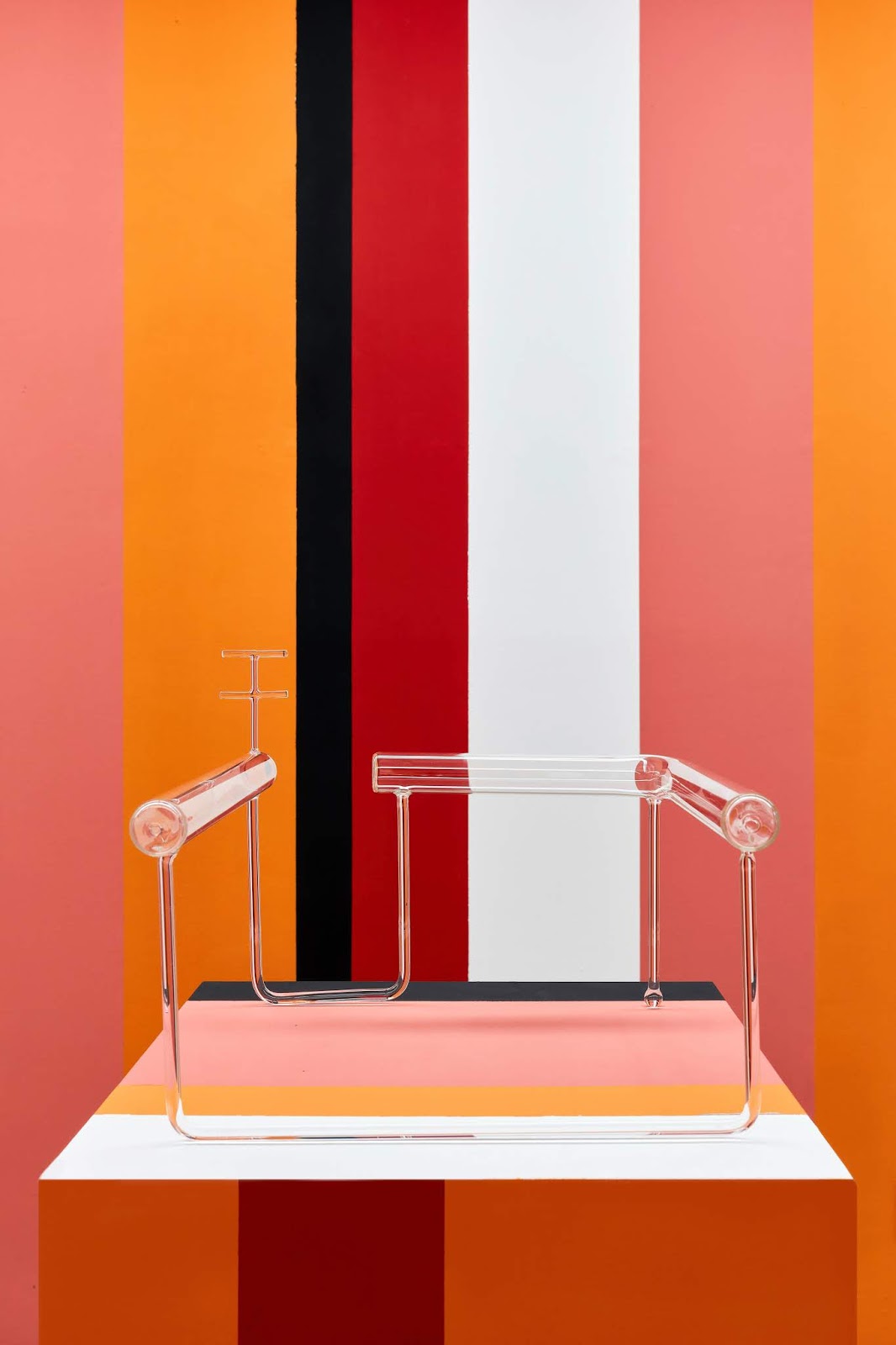 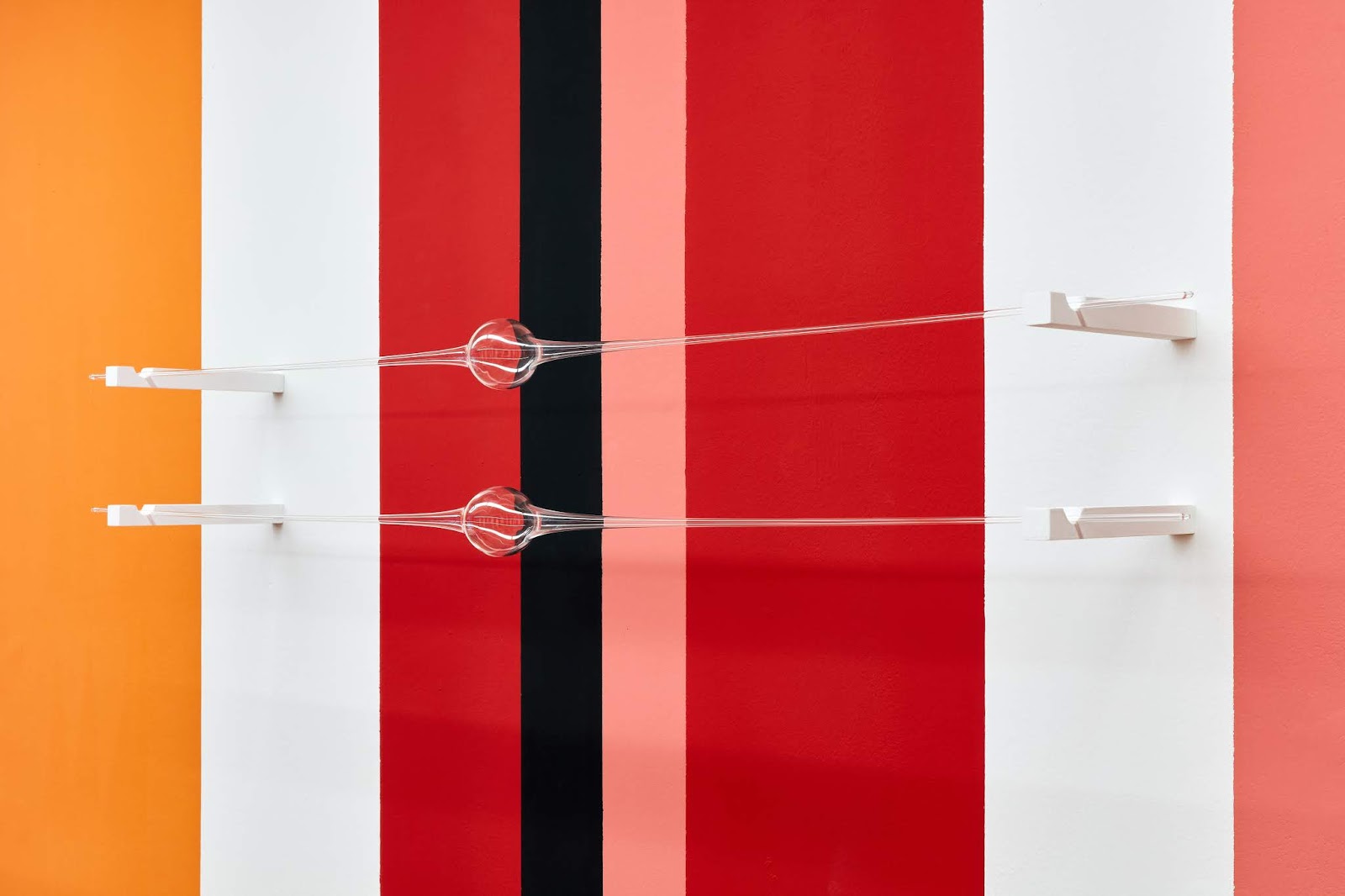 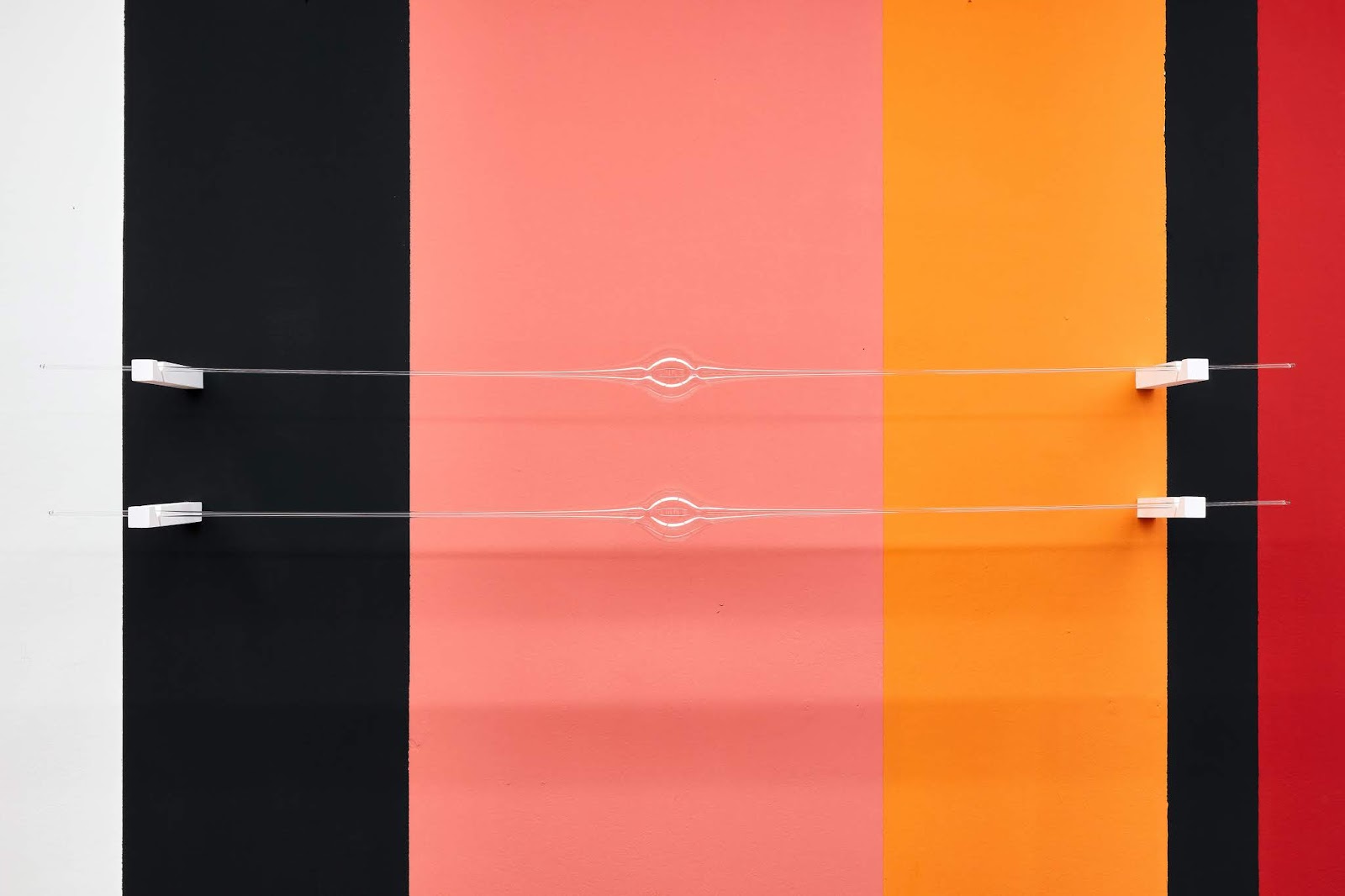 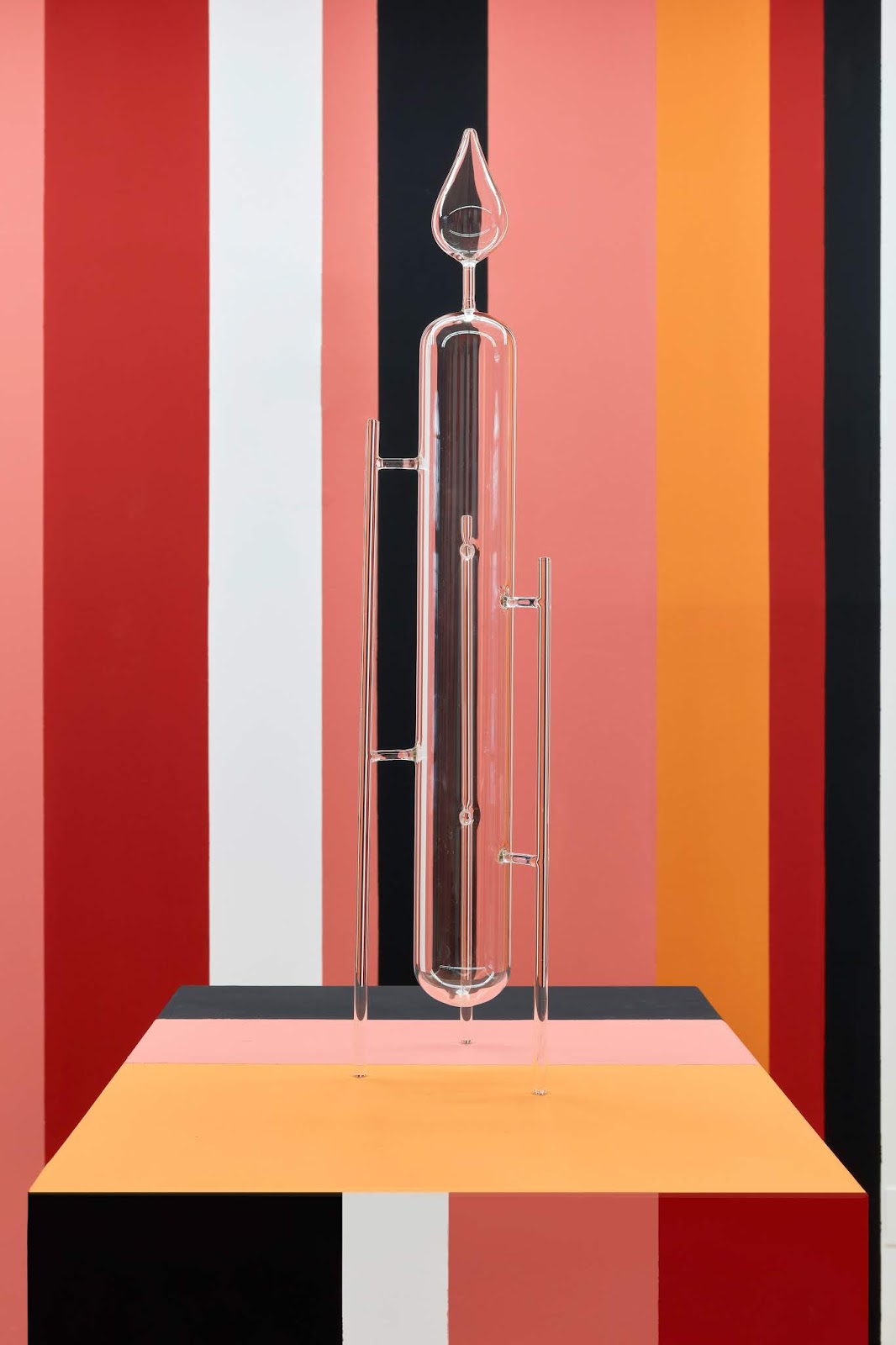 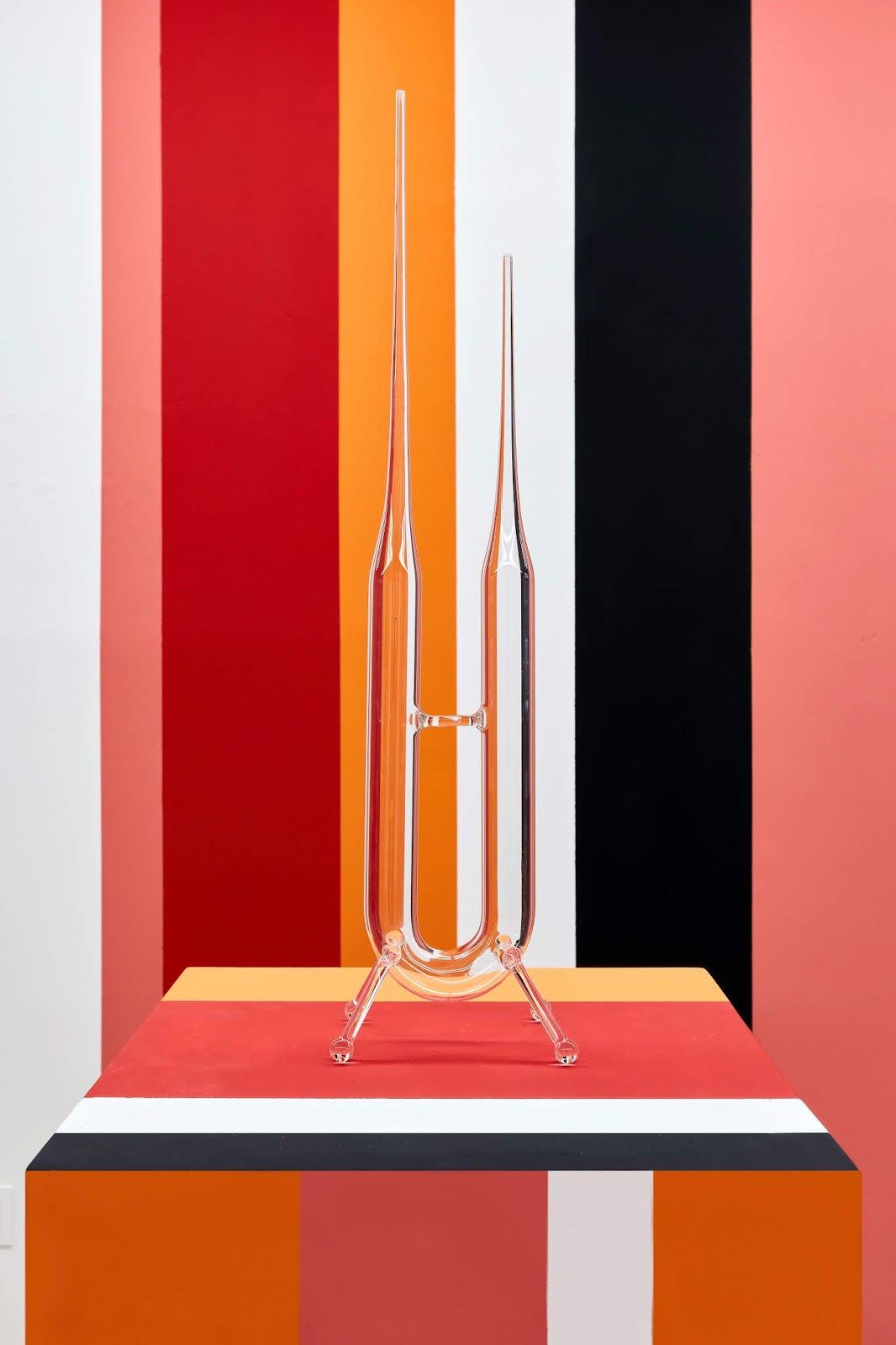 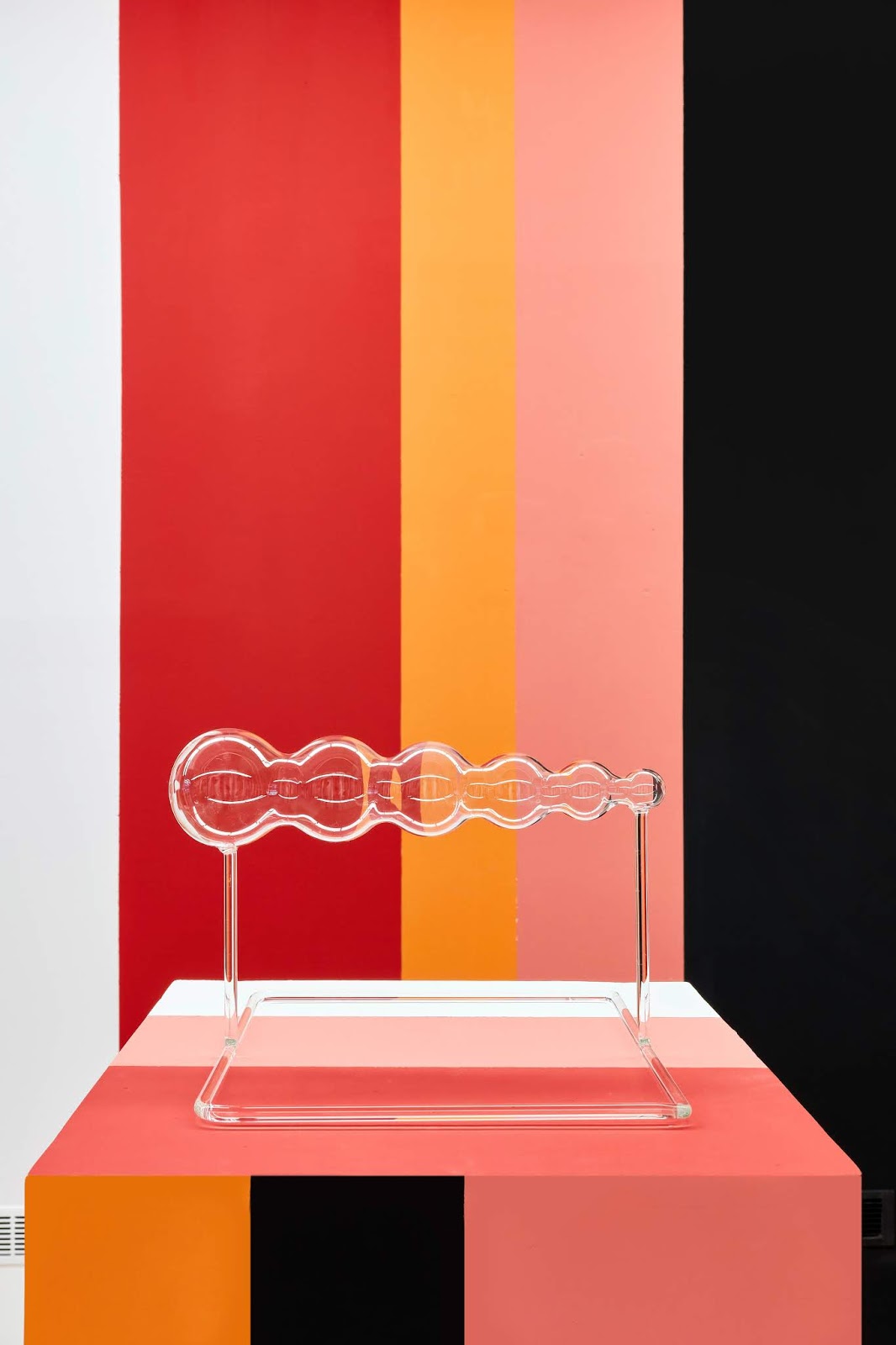 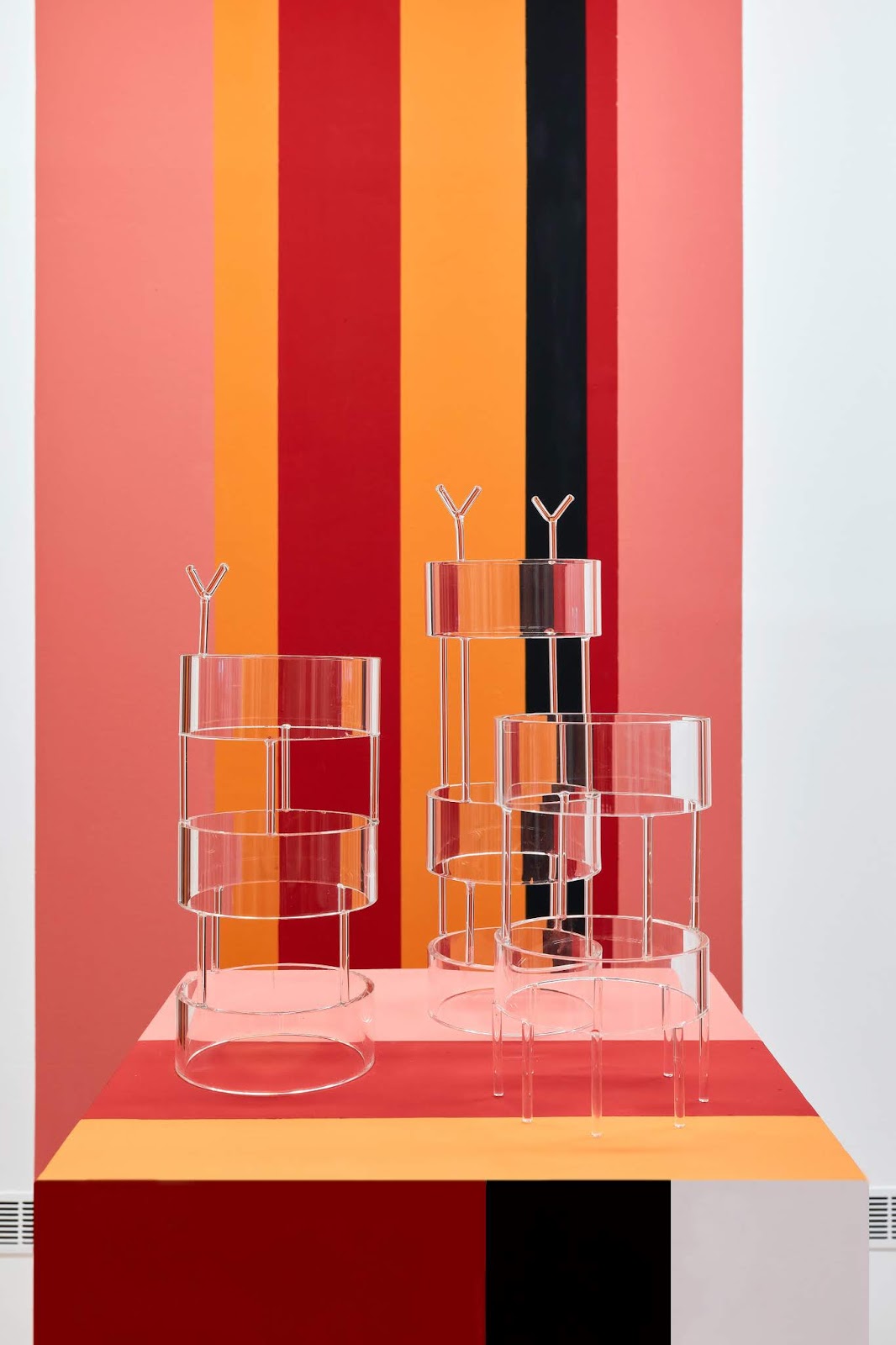 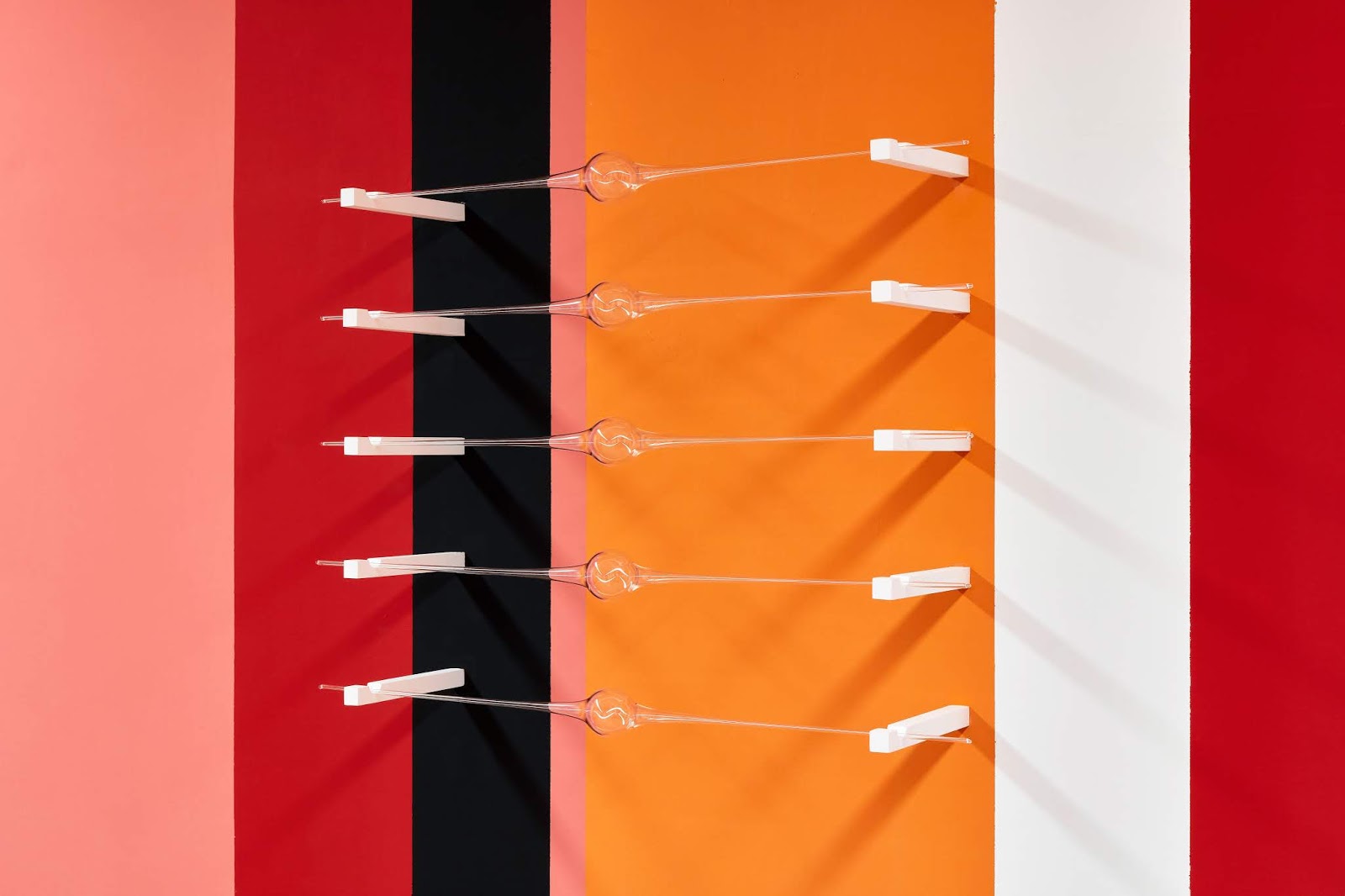 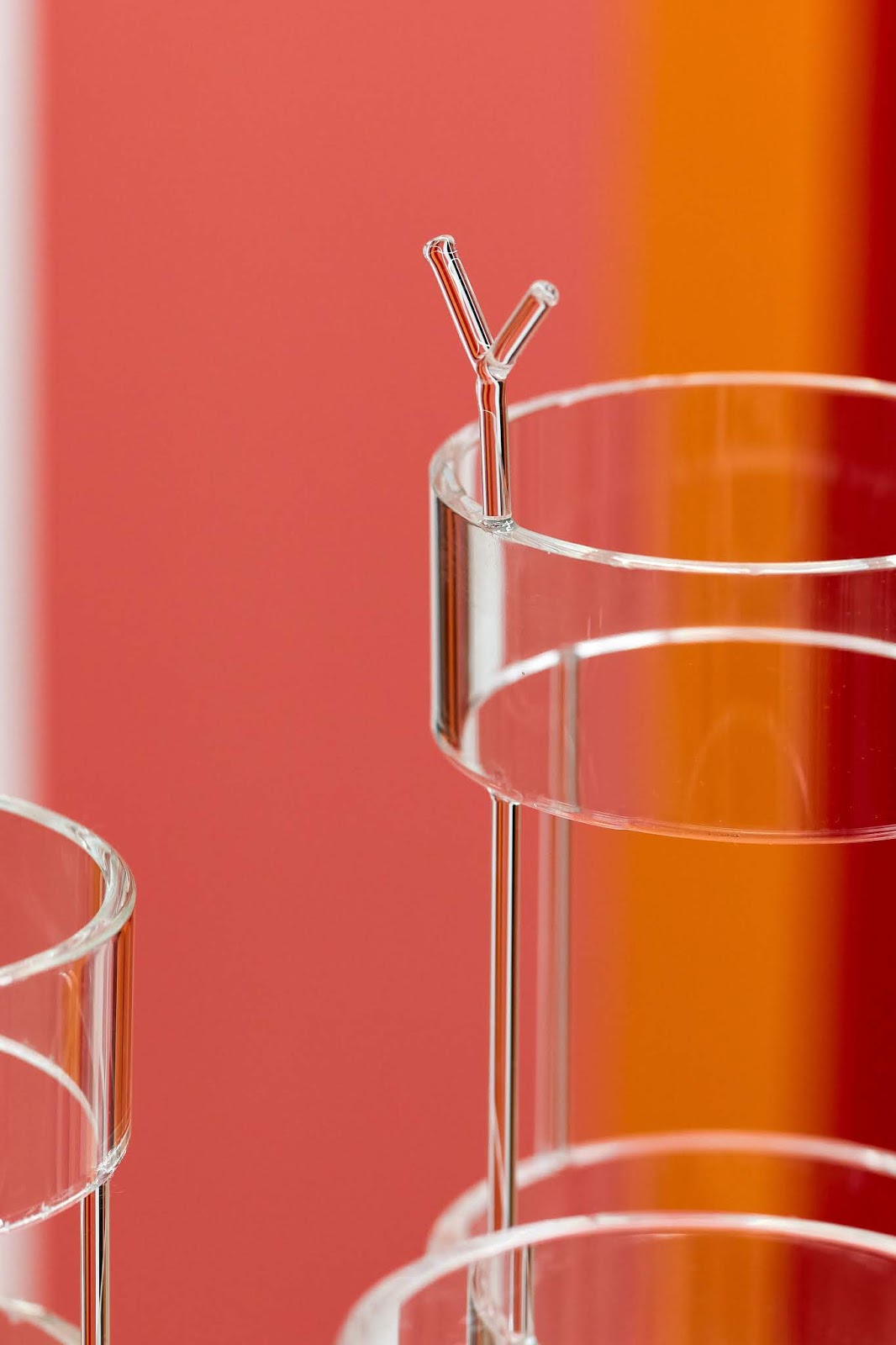 Photo credit: Dávid Biró
Images courtesy of Horizont Gallery and the artists
Horizont Gallery is pleased to announce BB5000: “Campari”, the first solo exhibition with the gallery by the Italian artist group, curated by Domenico de Chirico.
« Futurists had a clear and sharp understanding that our age, the big industrial age, the age of the working metropolis, this intense and tumultuous life had to have brand new forms of art, philosophy, values, language. » (Antonio Gramsci, Marinetti revolutionary? (1921), in The Italian futurism, cure of I. Gherarducci, Editori Riuniti, Roma, 1975)


Peninsular vacation and cosmopolitan noise, on the edge between architecture and design, delicate synthesis between remains from the past and contemporary wishes. The show “Campari” reshapes, drawing on Italian design history of the 1900s from a bird’s eye view, the visual dream of those years, through reconfiguring of representative and recognisable archetypes, the perfect balance between function and innovation. From the start, Italian design had a different genesis than any other in design history, as it is very close to theories and ideas developed in the beginning of the 1900s, which indeed influenced its growth. The birth of a conscience of design in Italy contributed decisively to the so-called "second Futurism", an artistic and cultural movement in which Giacomo Balla, Fortunato Depero and Enrico Pranpolini, among others, began to design exhibition spaces, furniture, objects for the house, clothes, books and posters, in order to "reconstruct the universe by rejoicing it", as it was stated in the Futurist Reconstruction Manifesto of 1915 (edited by Balla and Depero): abstract, dynamic, transparent, colourful, bright, autonomous, transformable, dramatic, volatile, odorous, noisy, bursting.


Starting from this ferment, a few years later, we witness the blossoming of twentieth century design, ranging from the rigour of Italian architect Aldo Rossi to the versatility of Gio Ponti, and then through the various creations of the intellectuals such as Ettore Sottsass, Alessandro Mendini and Achille Castiglioni. The legacy of these creators are all still sources of inspiration.


The thinning and the exacerbation of the idea of remembering such a high quality aesthetic tradition conveys a cyclical removal and recovery, which, in the case of "Campari", becomes a reminder and escape, a closeness and abandonment in the exposure of vitreous shapes that suggest a passage, a non-present presence in the balance between the temporary fulfilment and the legacy of a "movement" - constantly attentive to the concept of form, to use of colour and to the characteristics of functionality and craftsmanship. They are therefore the shadows of those movementist architectures that the exposed sculptures want to evoke in the form of expanded shapes, emerging from an empty space, in which the music of so much fervour resounds incessantly. The environment is radically transformed while the idea of totality influences the aspects of everyday life, existence and human perception.