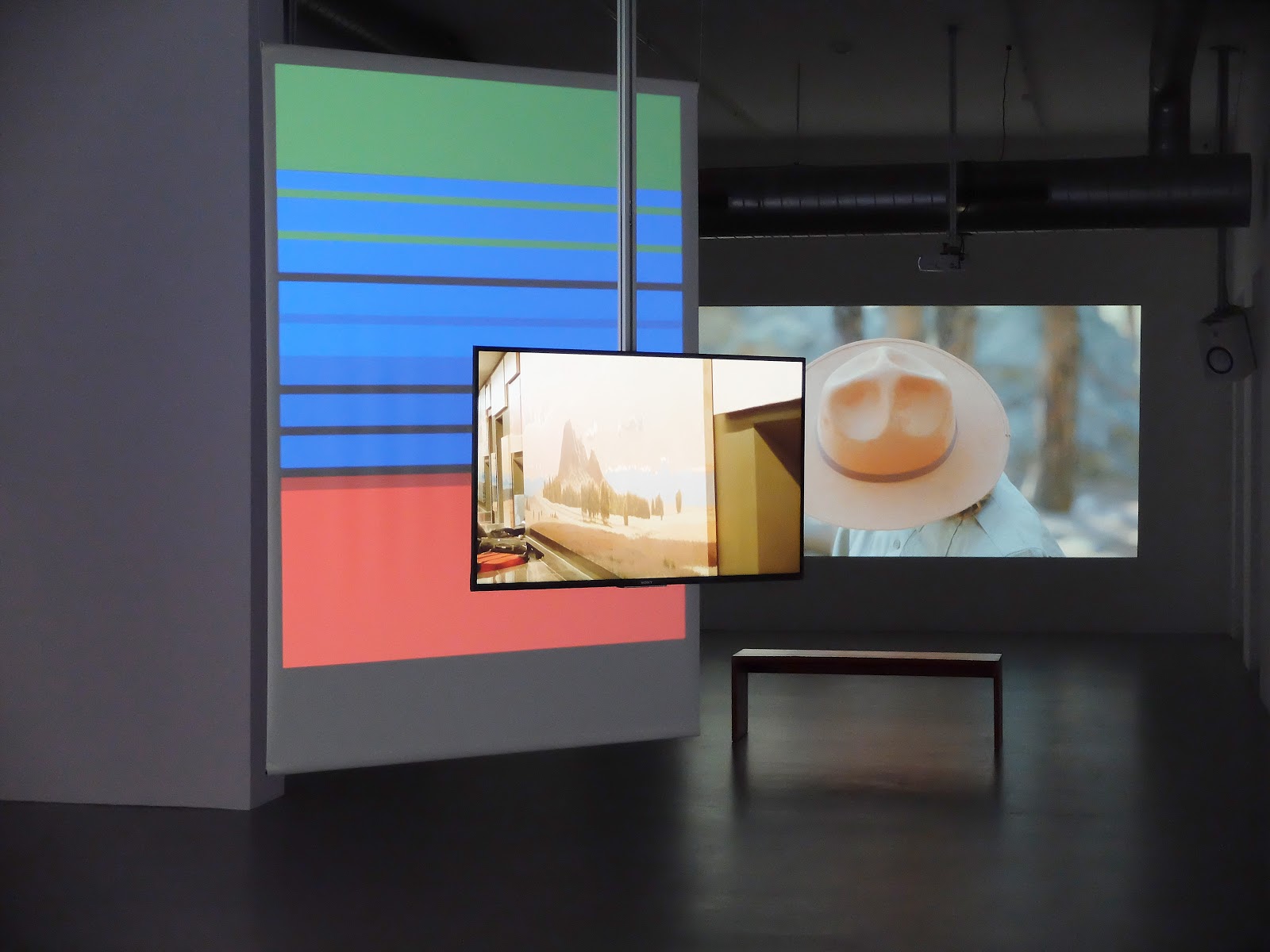 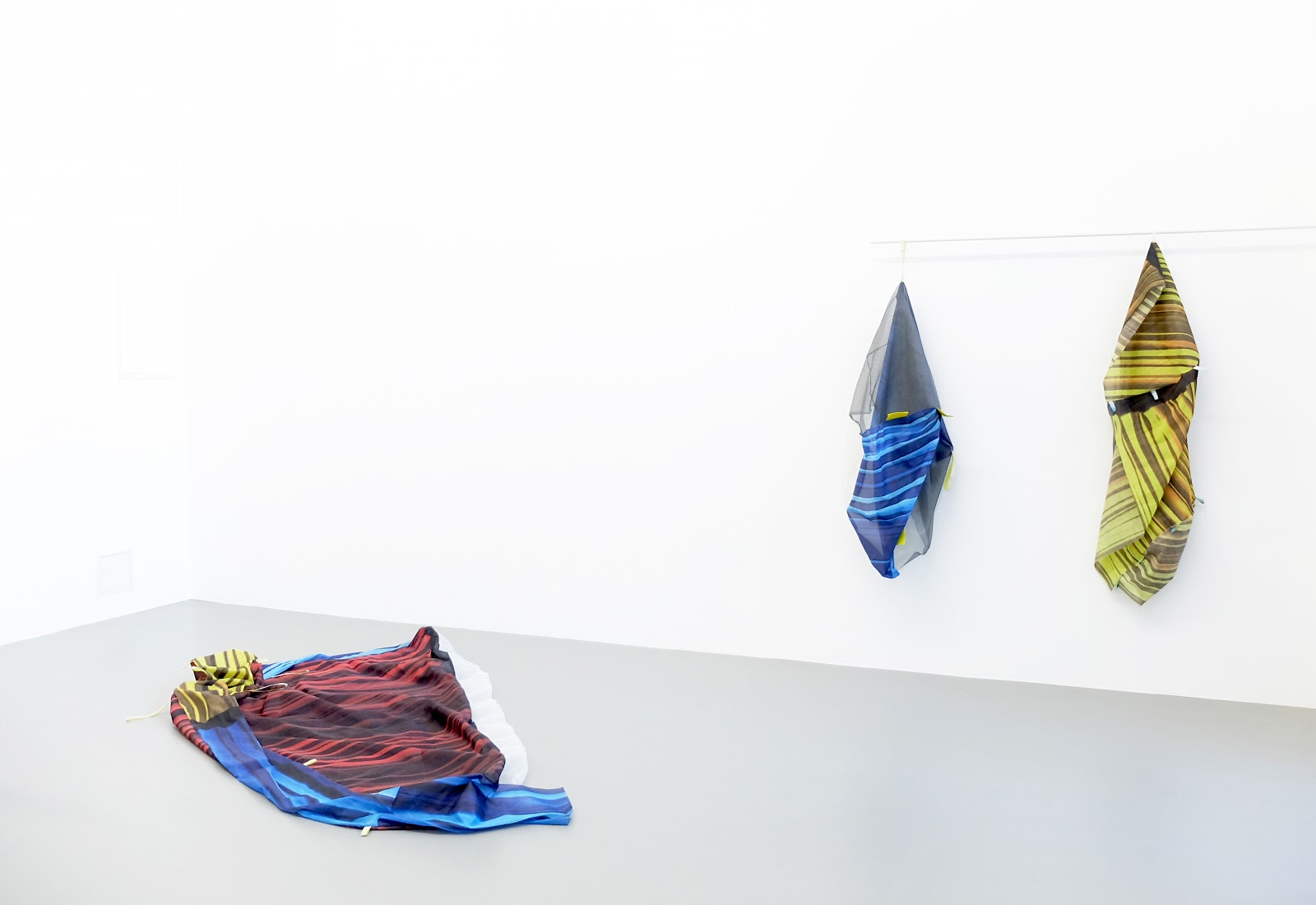 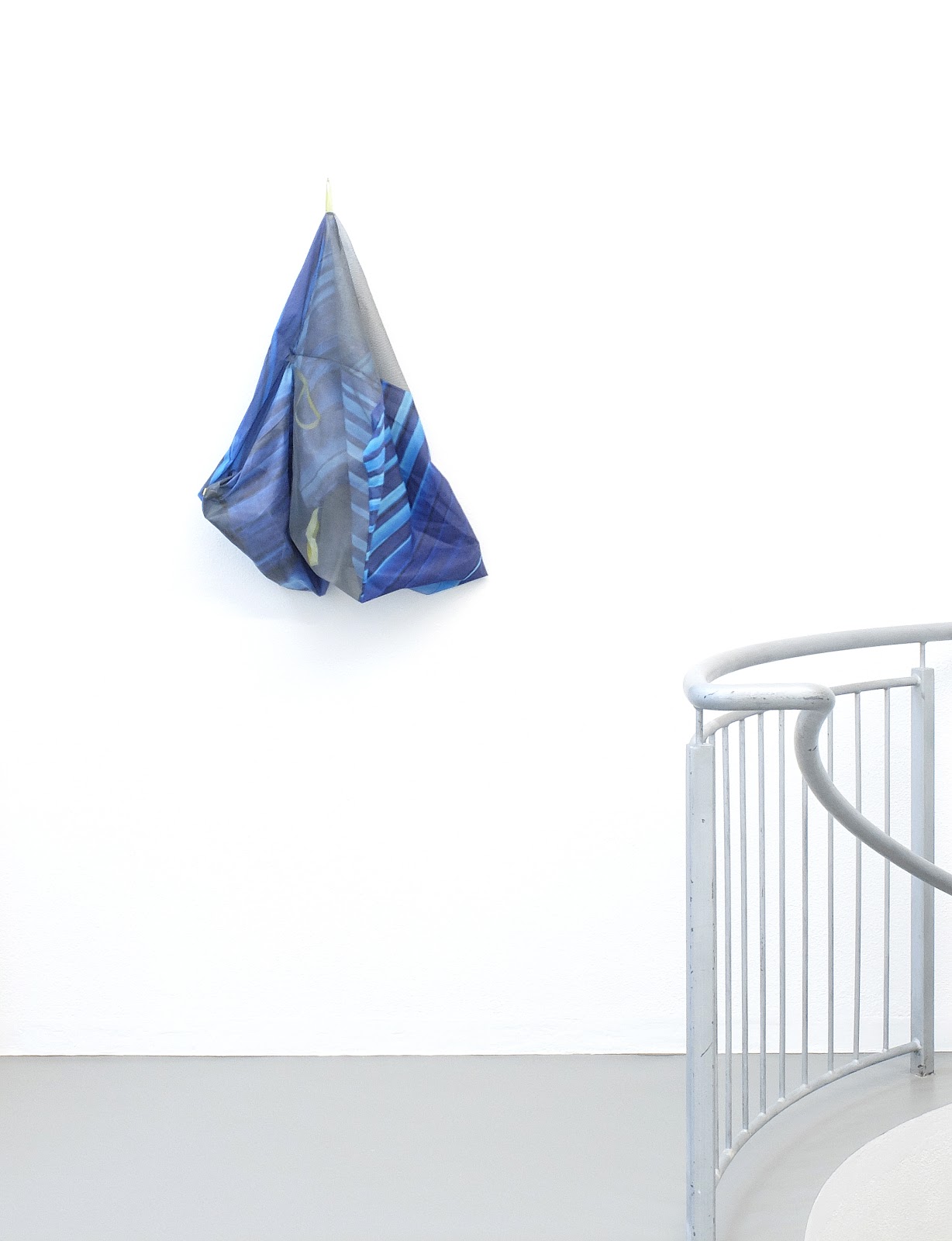 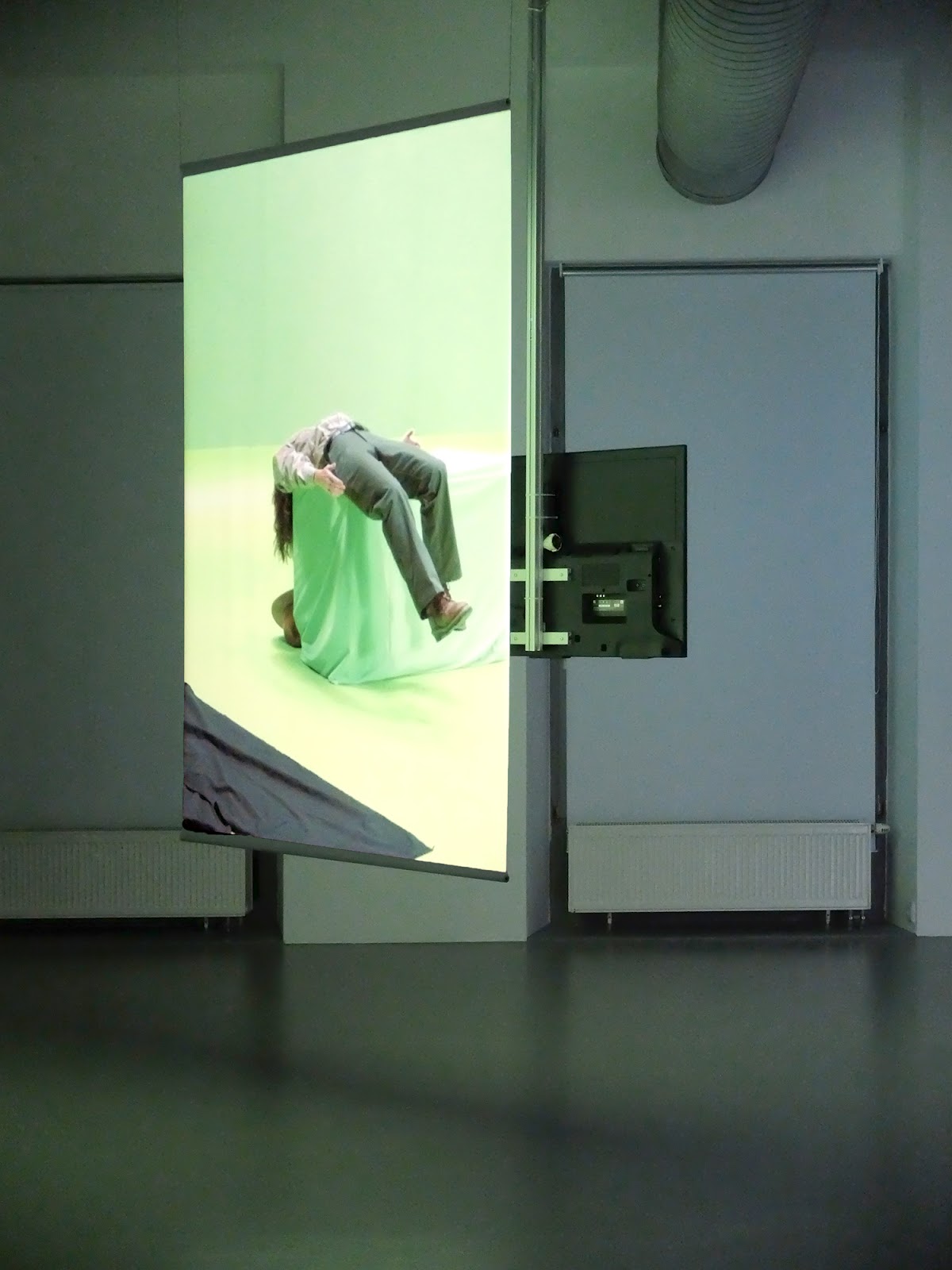 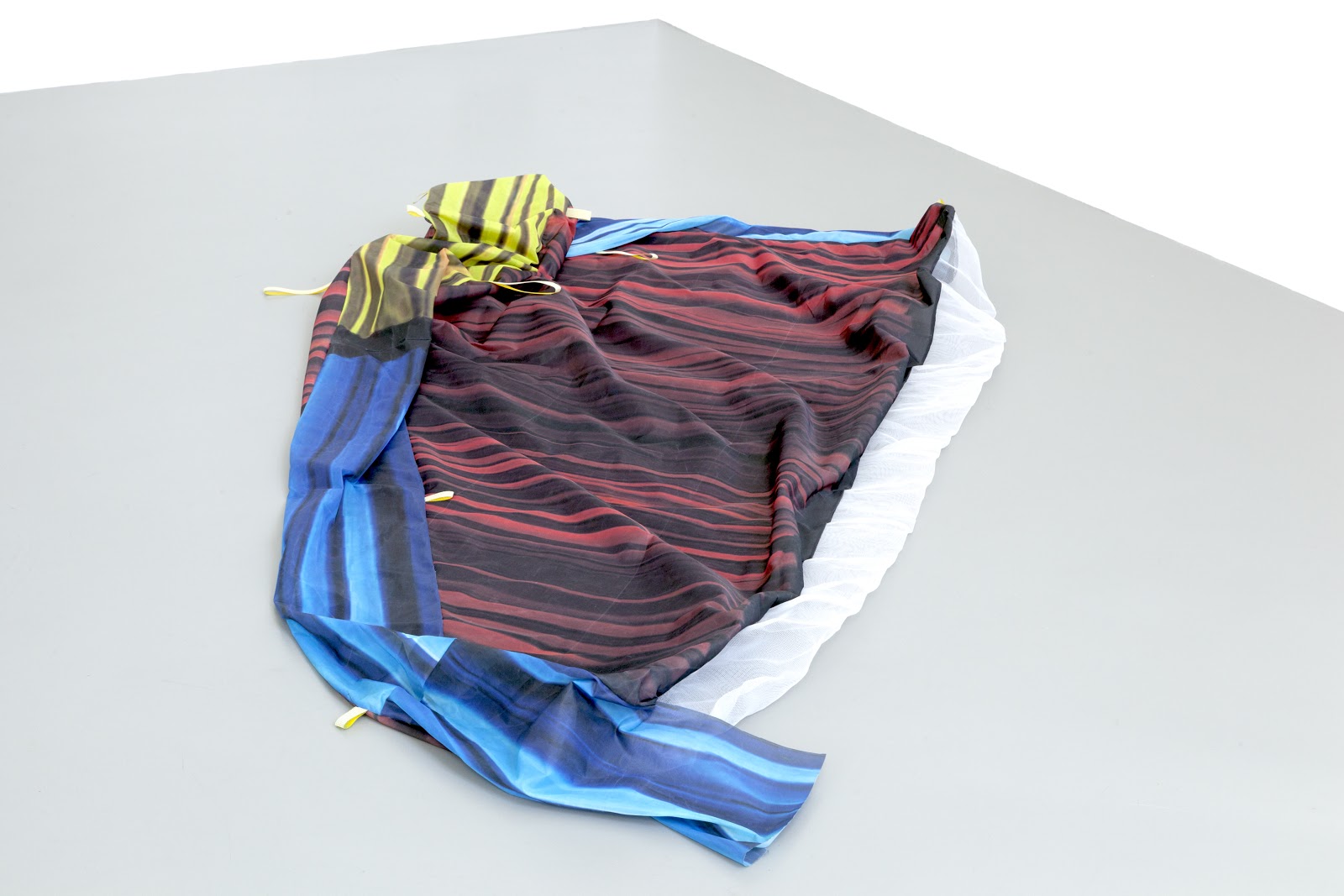 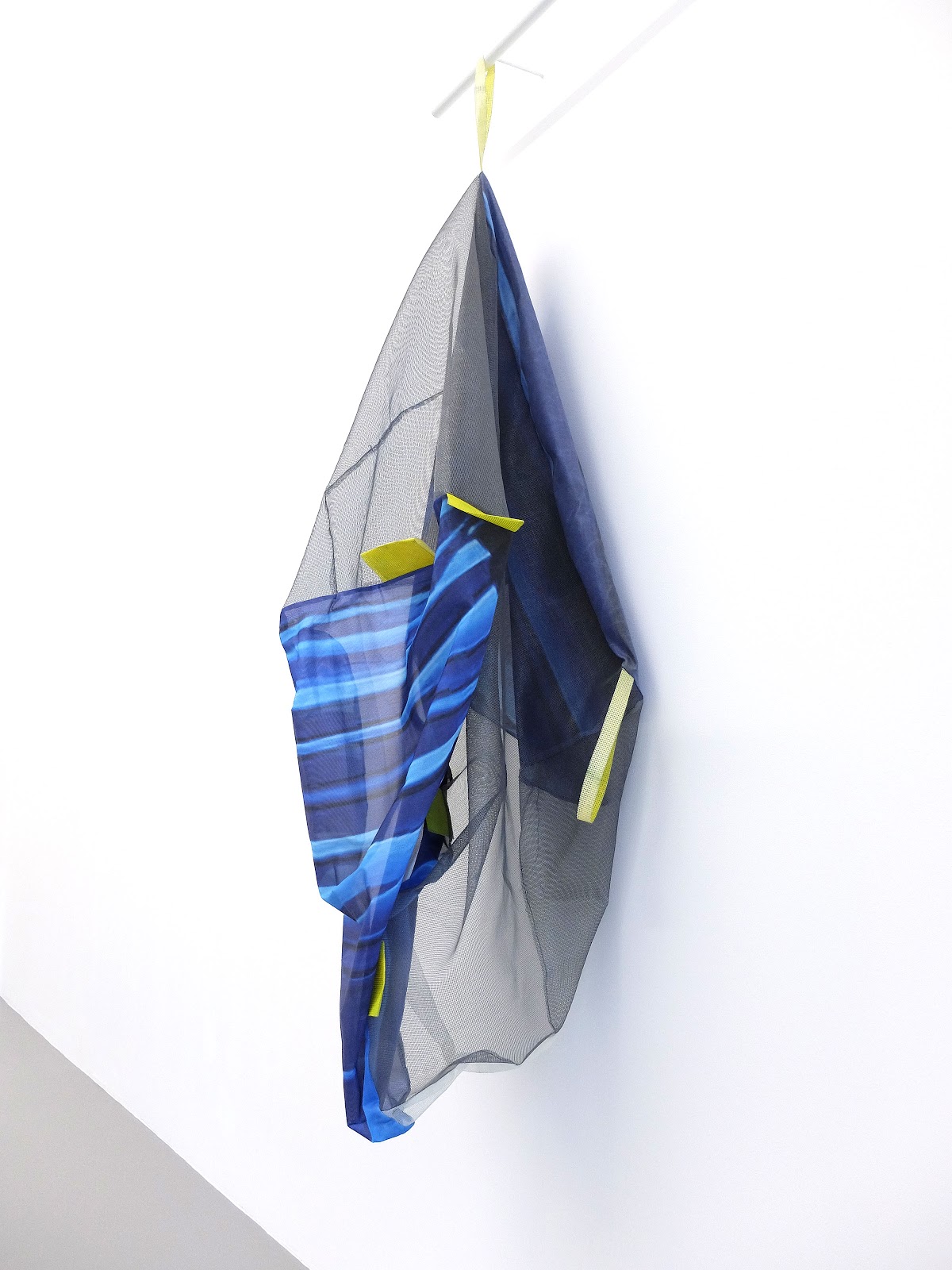 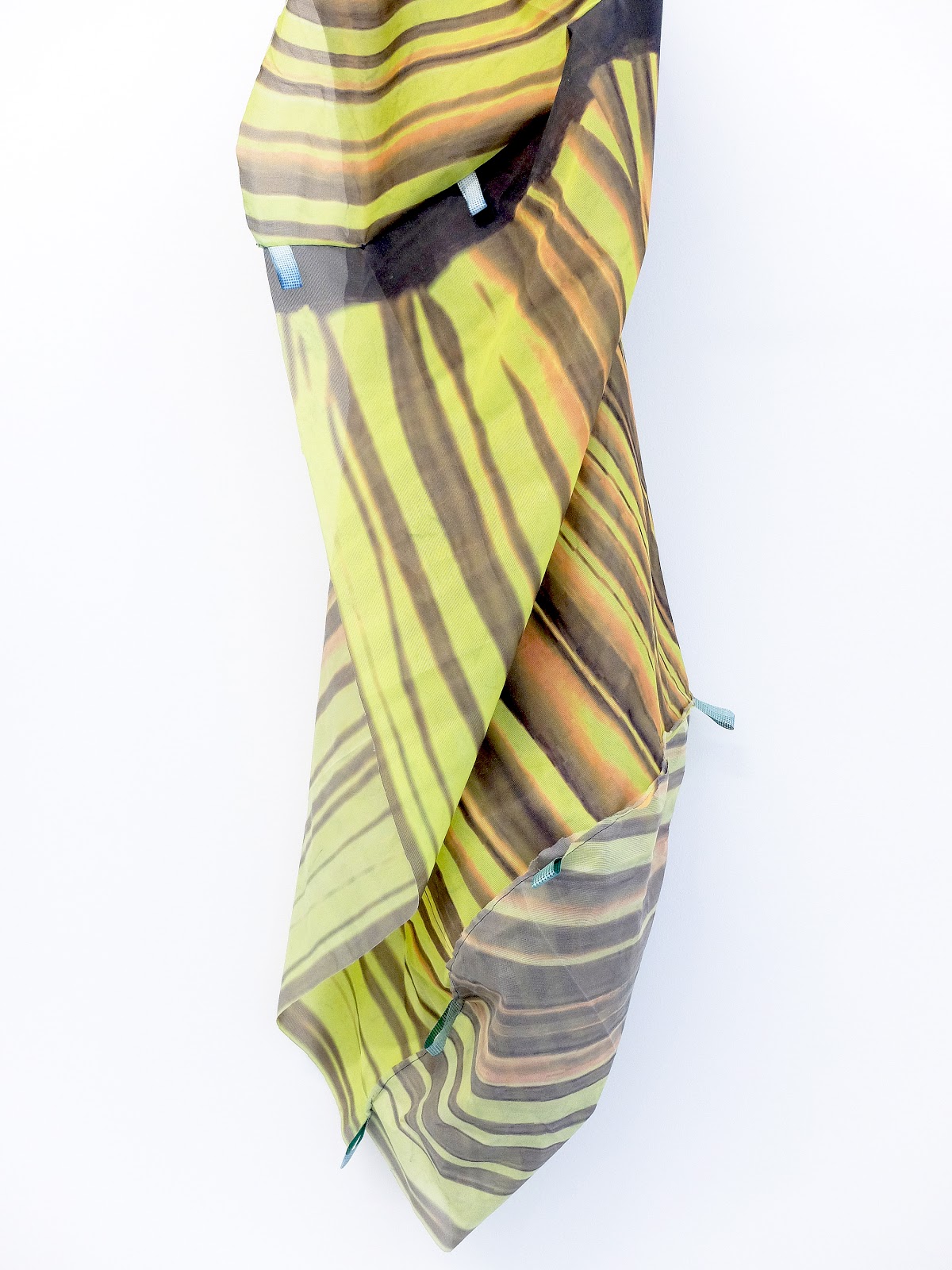 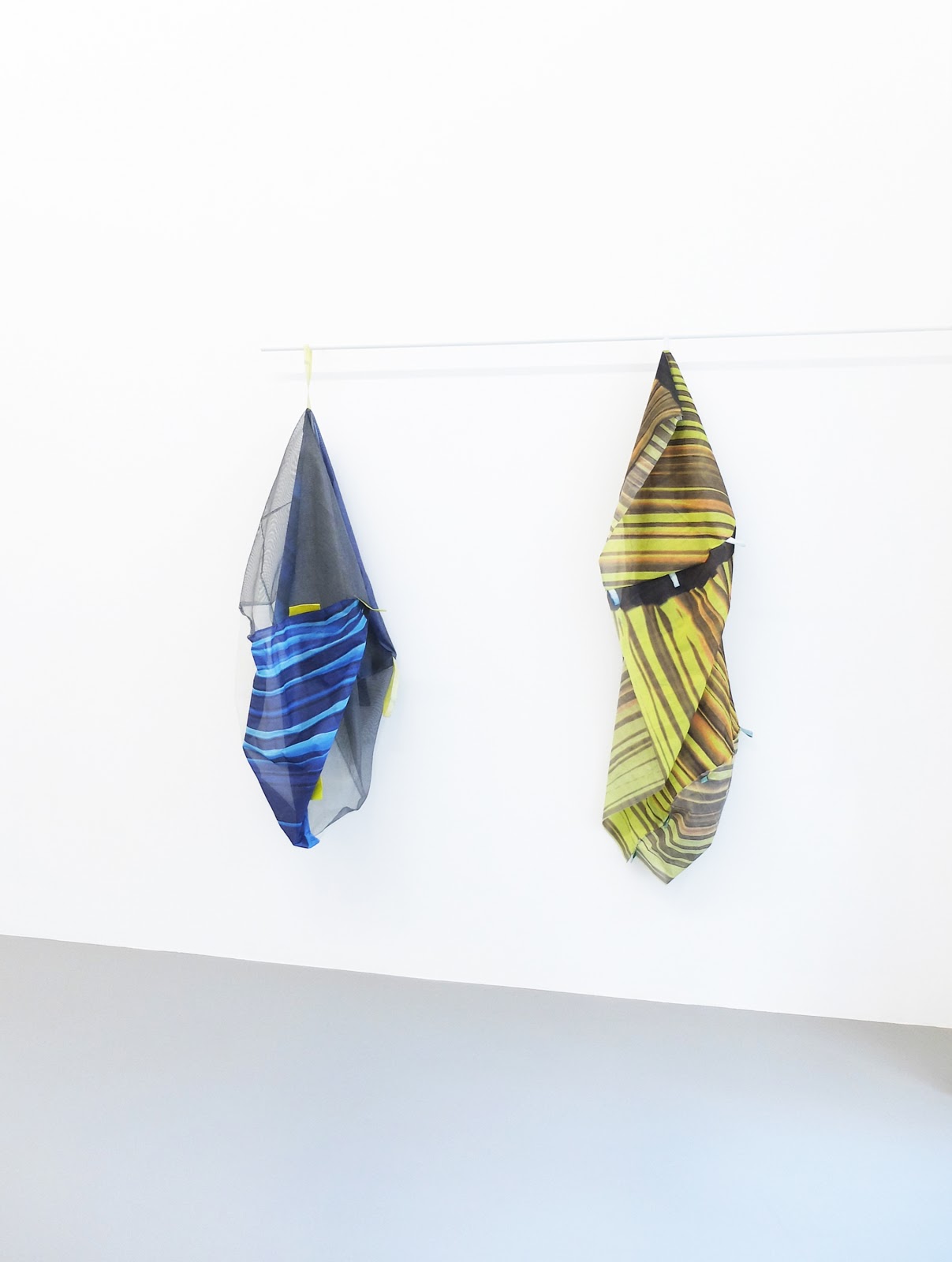 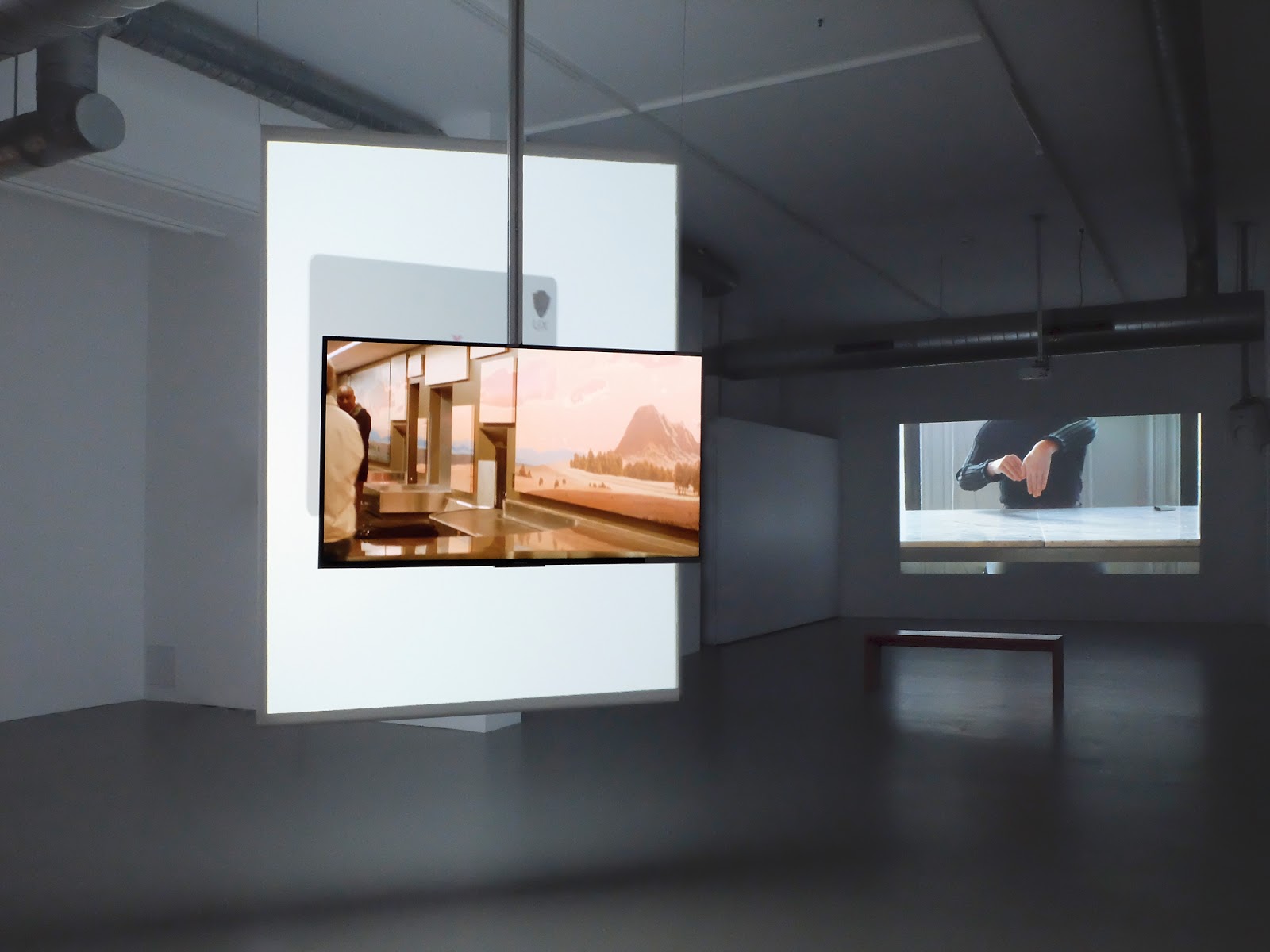 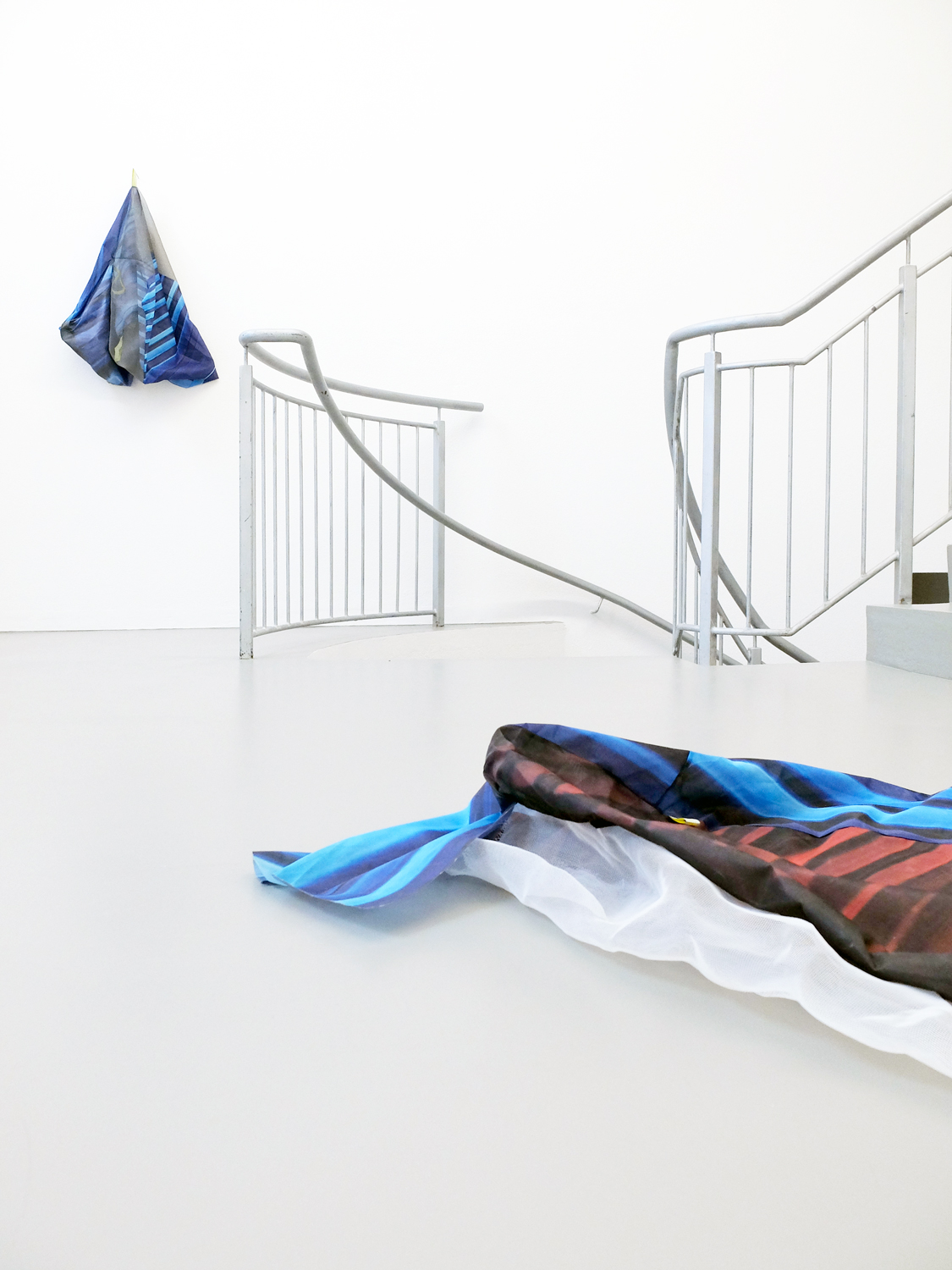 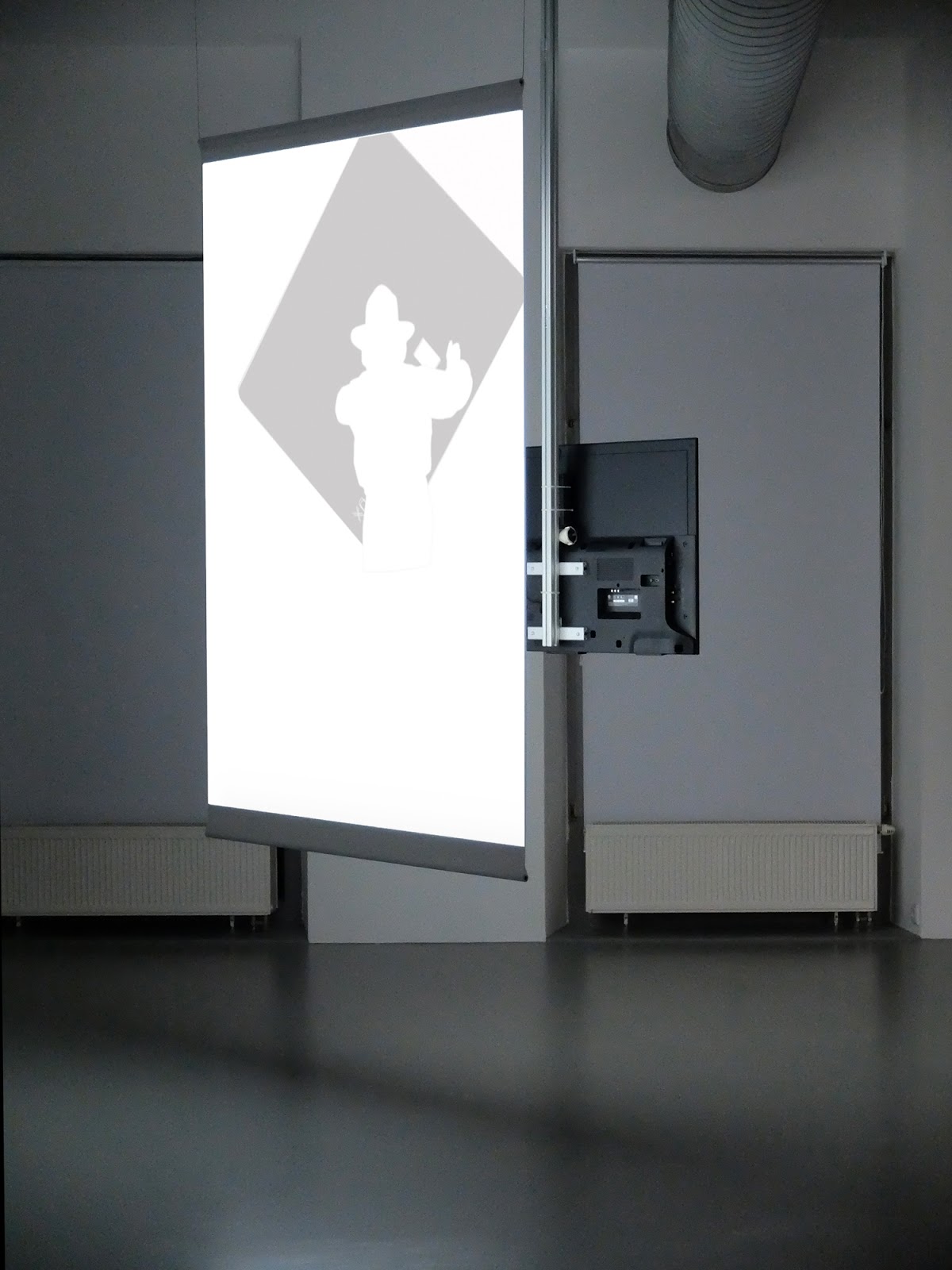 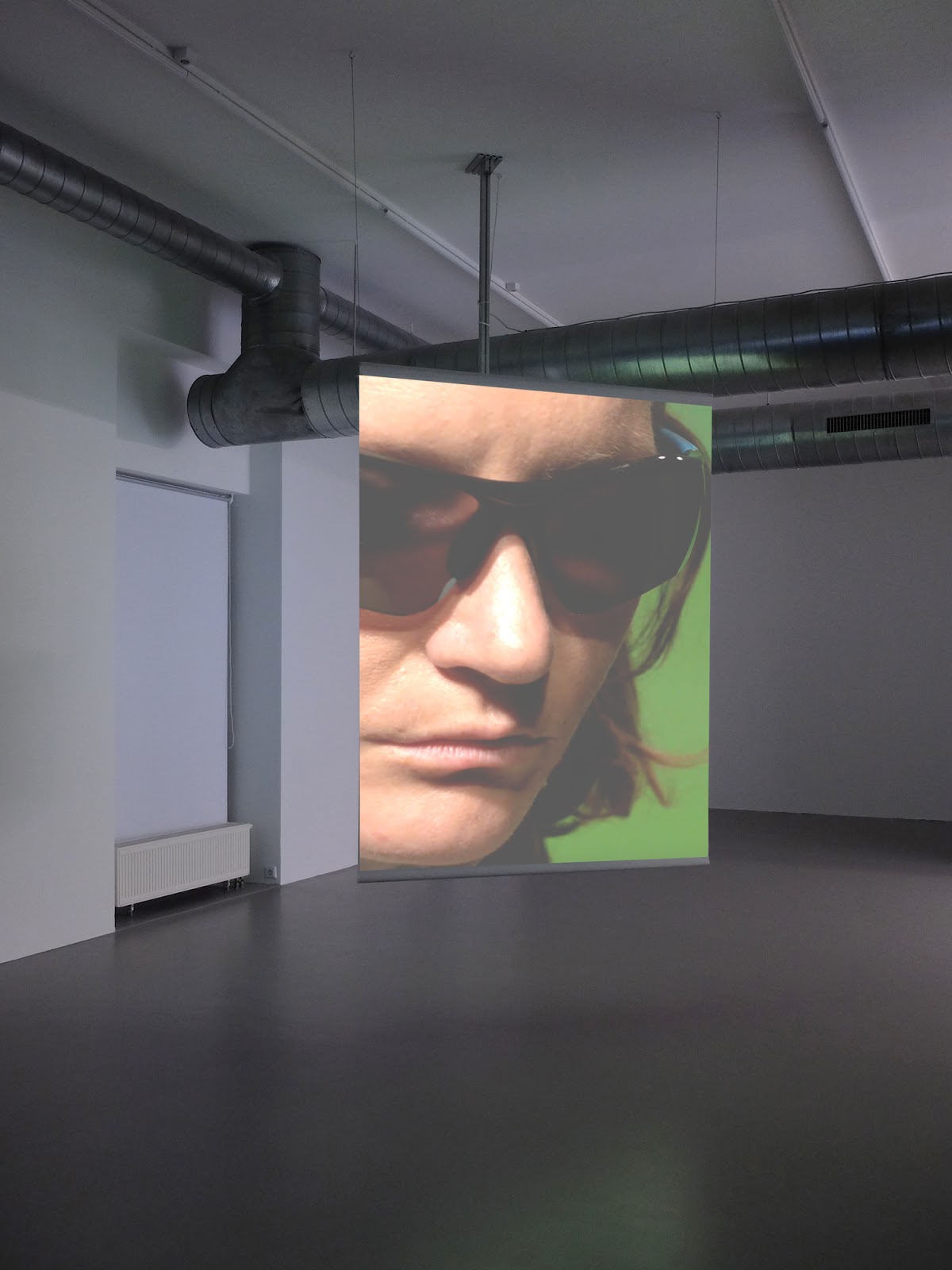 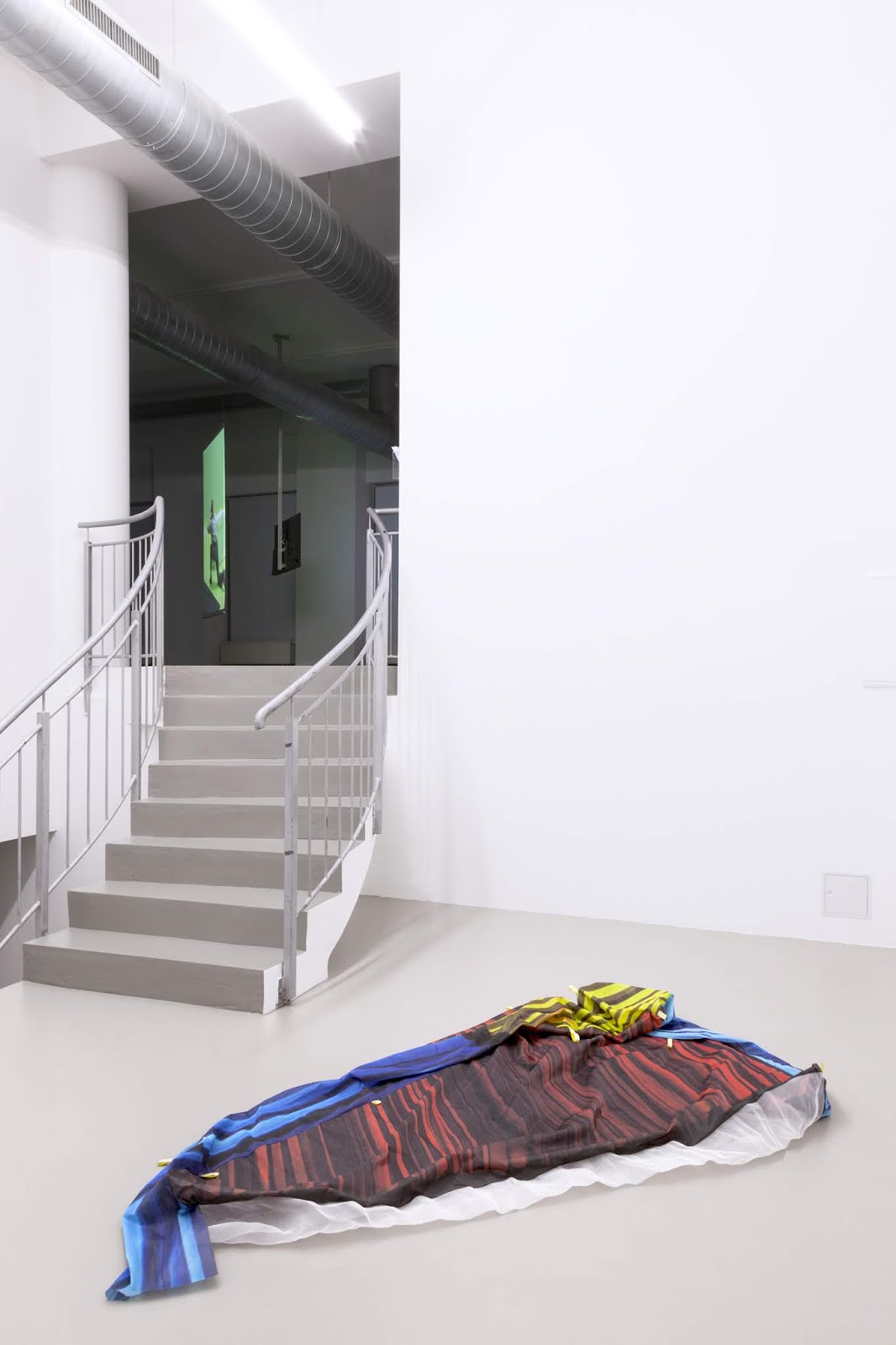 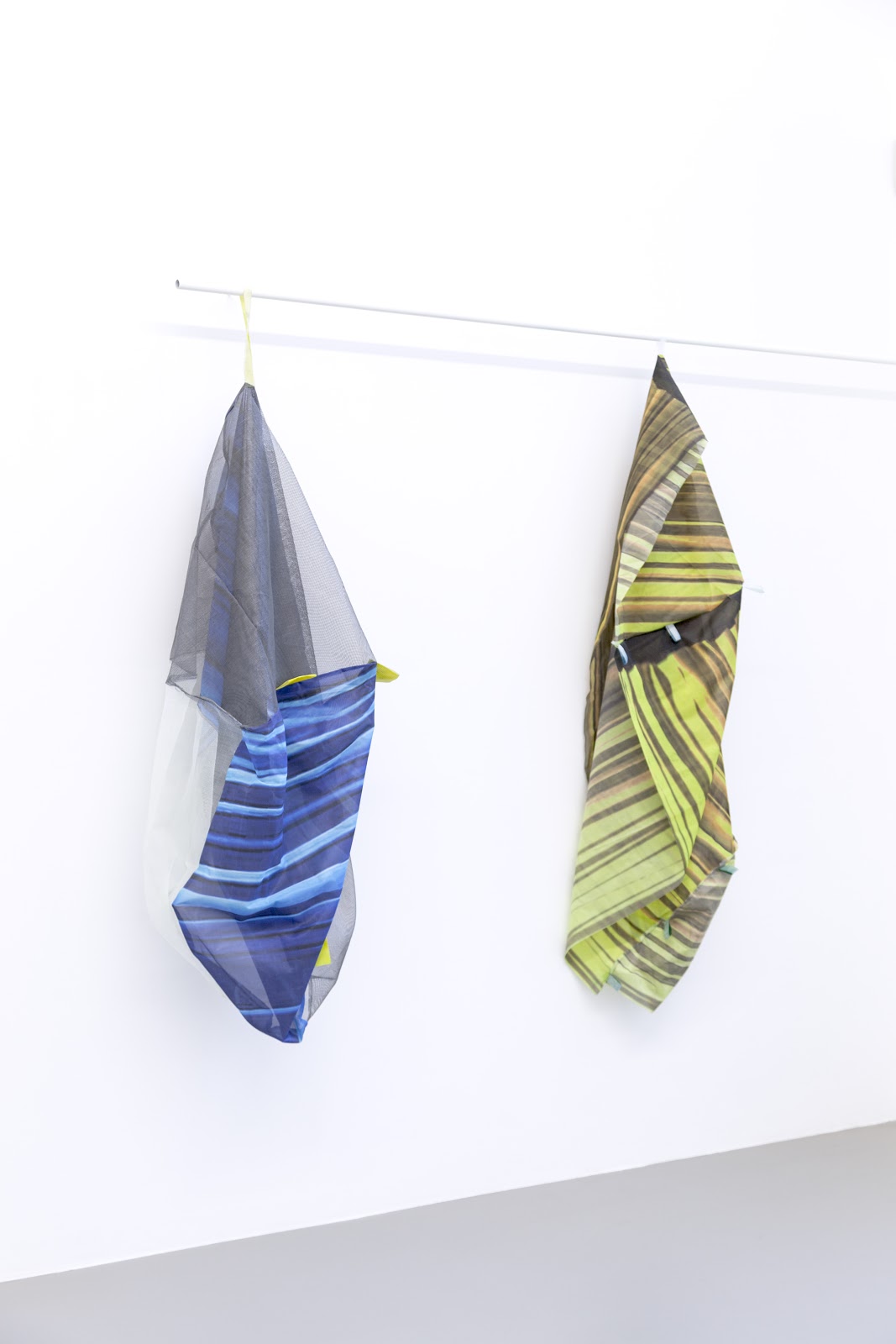 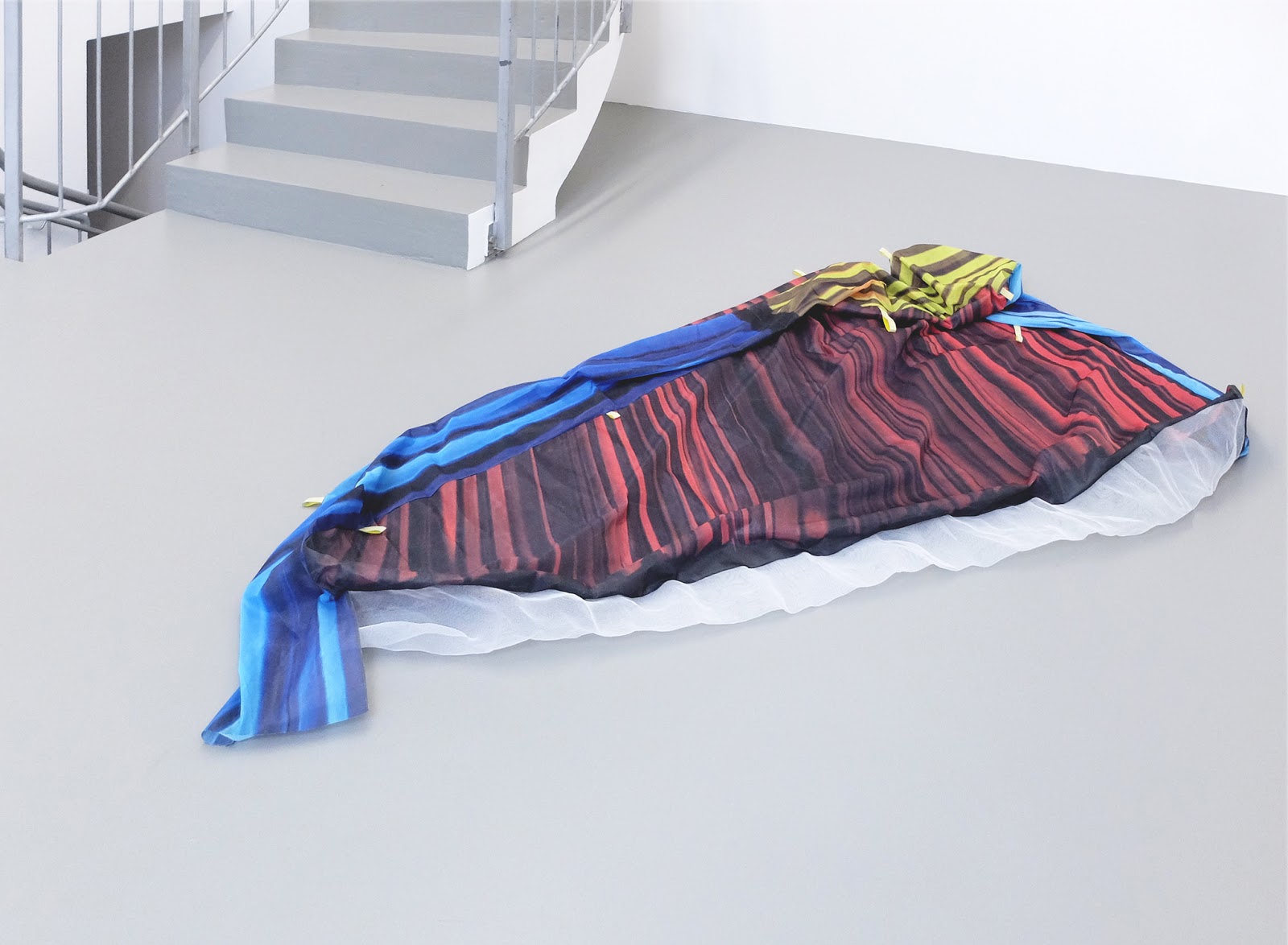 For the exhibition „Vivid“, Elizabeth Orr presents her film „MT RUSH“ as an installation, accompanied by a series of new sculptural works.
In the presented works, Orr extends the word vivid to visuality and also linguistics.

„MT RUSH“ (2016) is a layered reflection of social phenomena and their structural composition. The film questions the American civilization, as well as the intersection between nature and technology, privacy and publicity. Orr’s research in „MT RUSH“ aims to interrogate how political marketing strategies and communications technology can impact society’s conduct, as well as create hierarchic structures. As a near-future science fiction video, the film is chronicling the everyday life of Mount Rushmore National Park ranger Ann, and her struggle with an overload of incoming fundraising emails, in the course of the United States presidential election of 2016. The incoming mails appear as interactive multidimensional structures, confronting the park ranger constantly during her activities on and off duty.
The film exposes the invasive manner of language and use of technology in the light of campaigning and fundraising during the election. Orr visualizes an user interface that is omnipresent in the everyday life of the film's protagonist, exemplifying an increasingly connected society in the current digital age.

„MT RUSH“ premiered in 2016 at the Anthology Film Archive in New York City and has been screened in various international institutions and festivals like the Center for Contemporary Arts Estonia in Tallinn, the Stedelijk Museum in Amsterdam and the Santarcangelo Festival in Romagna.
___

Orr's sculptural works become an extension of ideas which stem from the visual and conceptual structure of the presented film „MT RUSH“:
Their layered engineering along with their deflated structure, indicates the idea of interfaces as different materials are merged. With their partly curtain pattern print fabric and their see-through netting, they are hiding just as much as they are revealing and transpire the idea of exposing privacy in contrast to preserving it. In their modular appearing structure and at first glance casually draped setting, the sculptural works imply movement, failure, and conveyance and hint by an apparent use of vivid primary colors at the geopolitical aspect of the film and its portrayed phenomenon of „Americana“.

The sequential installation of videos in combination with Orr's recent sculptural works, represents a layered spectrum of questioning cultural and socio-political conditions, against the background of an increasingly advancing communications technology and connectivity.
Representing new interfaces, and how they interfere with the perception of conventional interactions, movement patterns and independent decision processes, Orr materializes questioning through her art, as it heralds the abolishment of a division between private and public figures and spaces. This methodology is accompanied by a redefinition of 'virtual-reality' as 'virtuality‘, that is vivid, - or as Marcel Proust would describe it – that is vivid memory: „real but not actual, ideal but not abstract“.

Orr's interdisciplinary work resonates a performative character in order to create dialogue, which stems from an underlying, yet undeniable element of theatricality. As its given conventions in theatre, this element reflects on a distinct selection of materiality and context as they occur in Orr's works, serving as a casting - not to put on a show -, but to reflect social structures, by means of mirroring the hyperbolic nature of modern society's issues like power, influence and ethics.

Elizabeth Orr (*1984), who lives and works in New York, USA, has presented her work in numerous international exhibitions and is – apart from teaching and lecturing in several institutions – involved in different art projects like reviving her father Eric Orr’s light and stage set for „Five Sisters“, or her collaborations with artists Micah Angelus and Emma Hedditch.