Oliver Laric / Year of the Dog 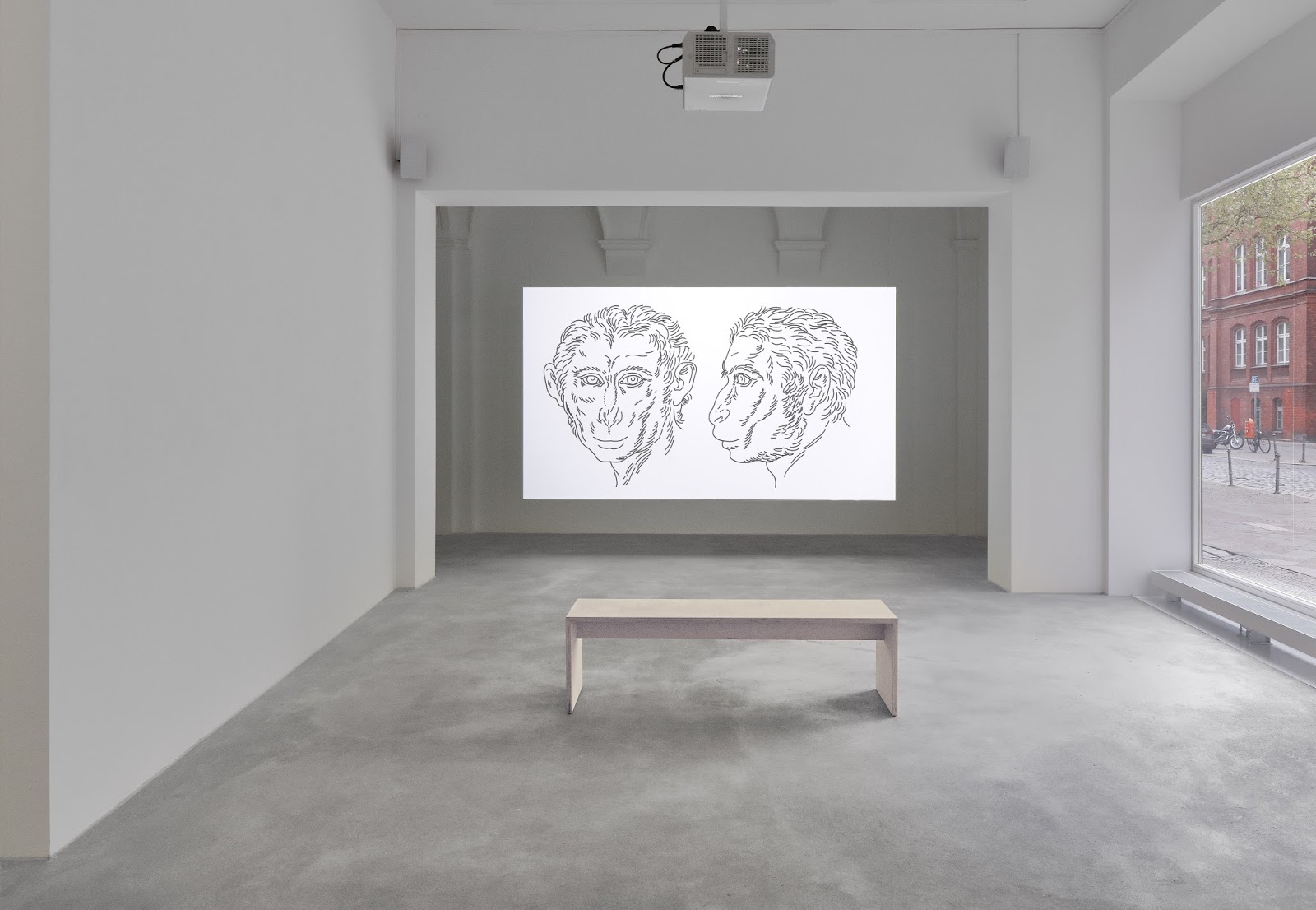 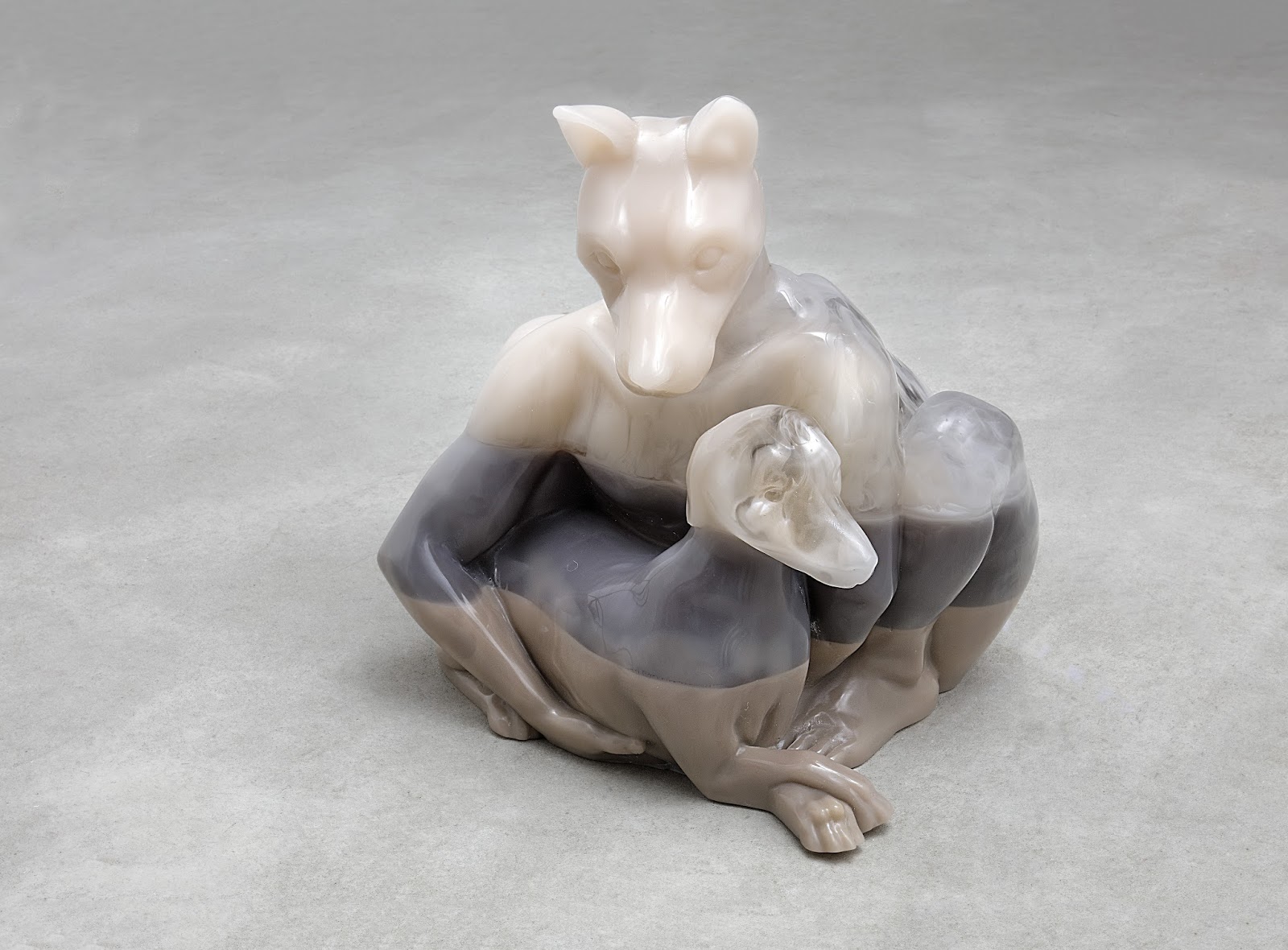 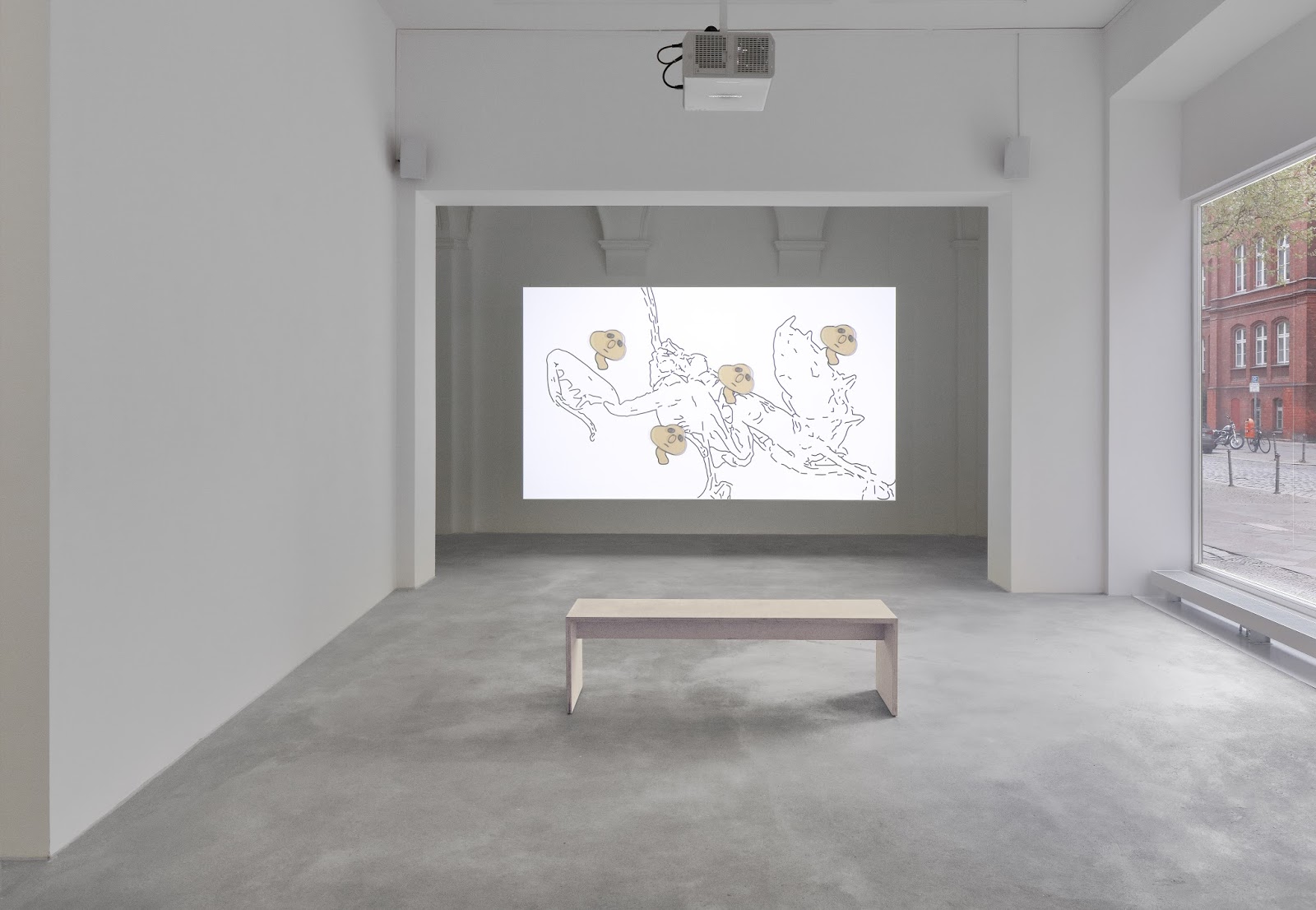 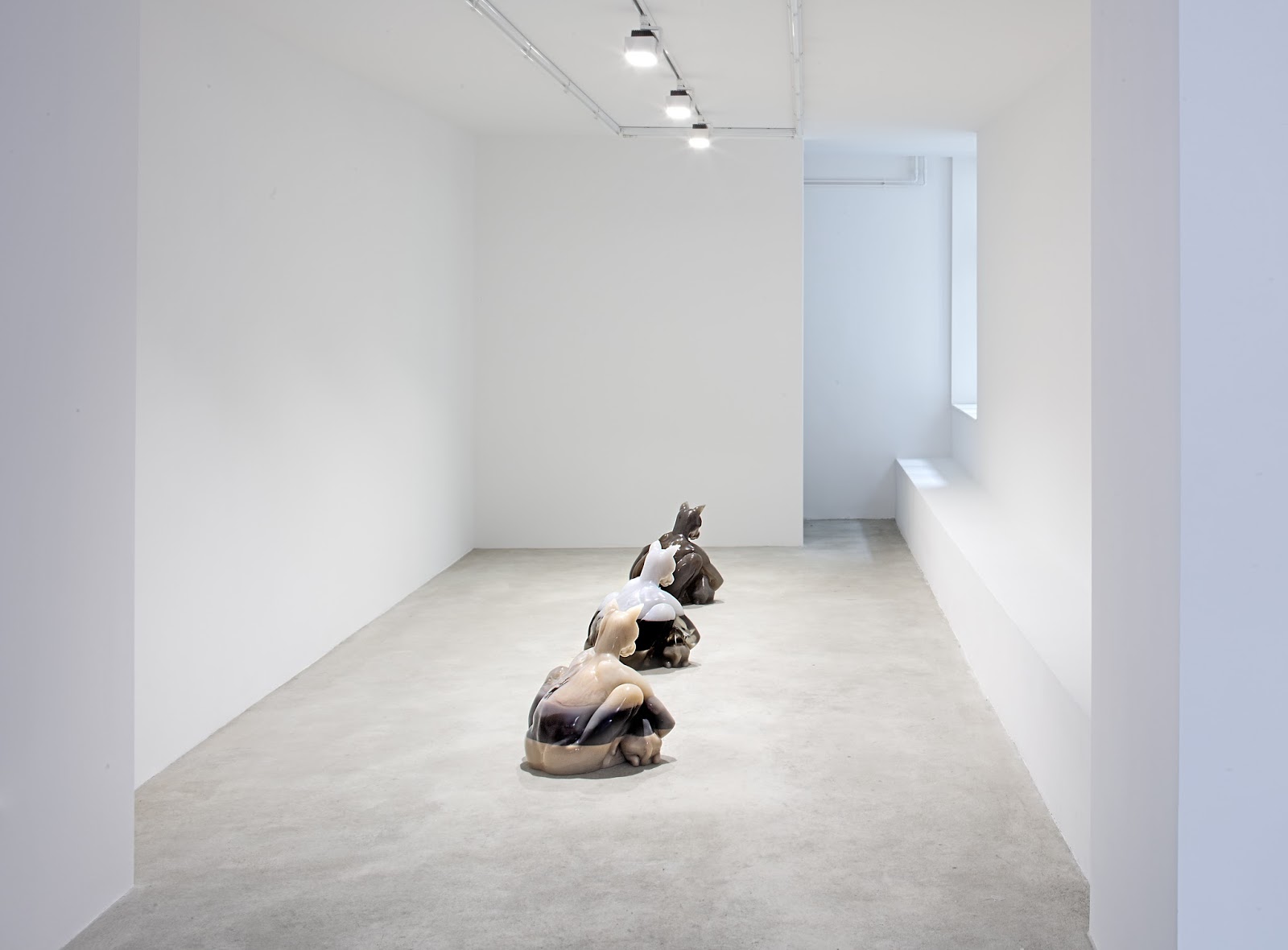 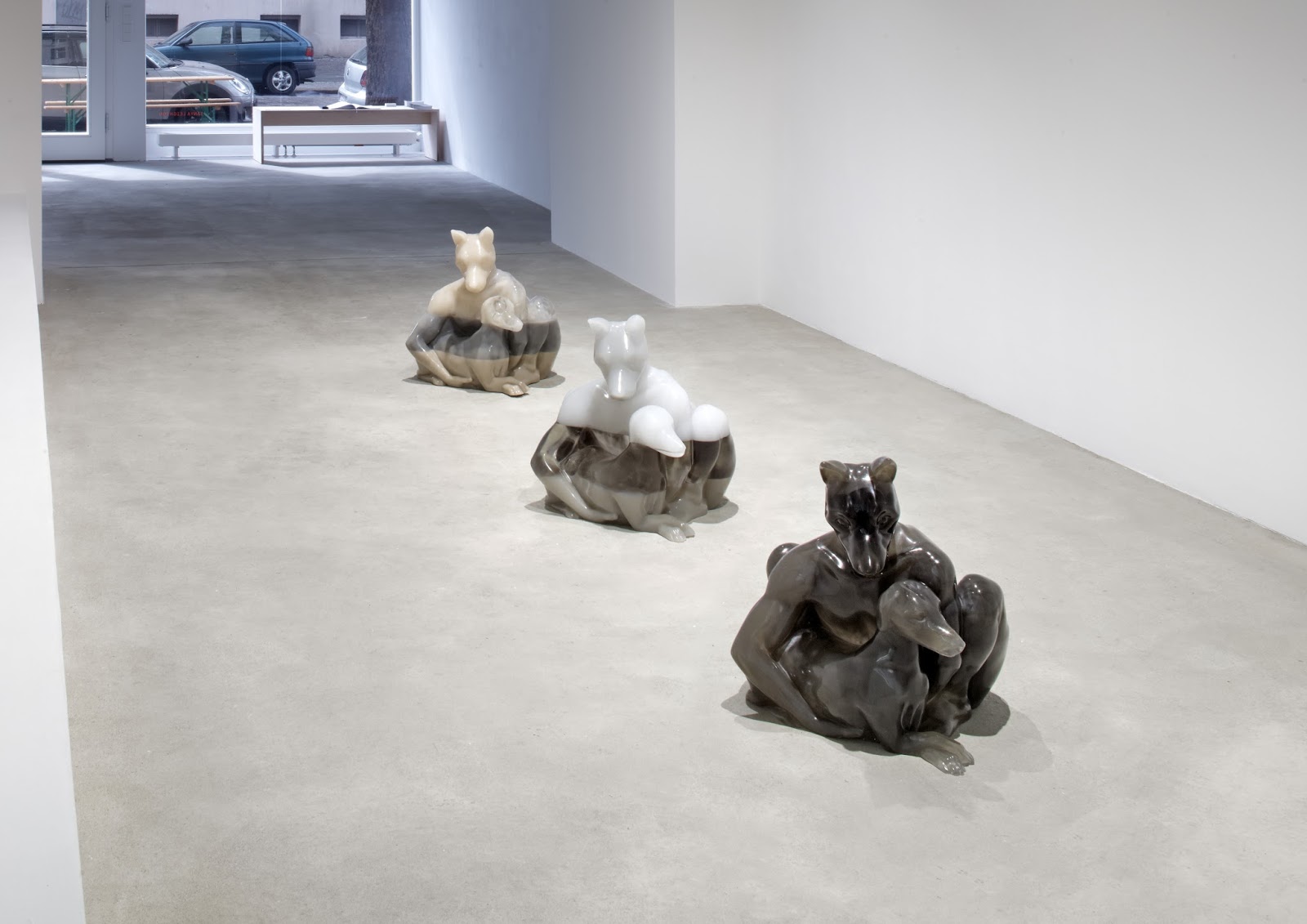 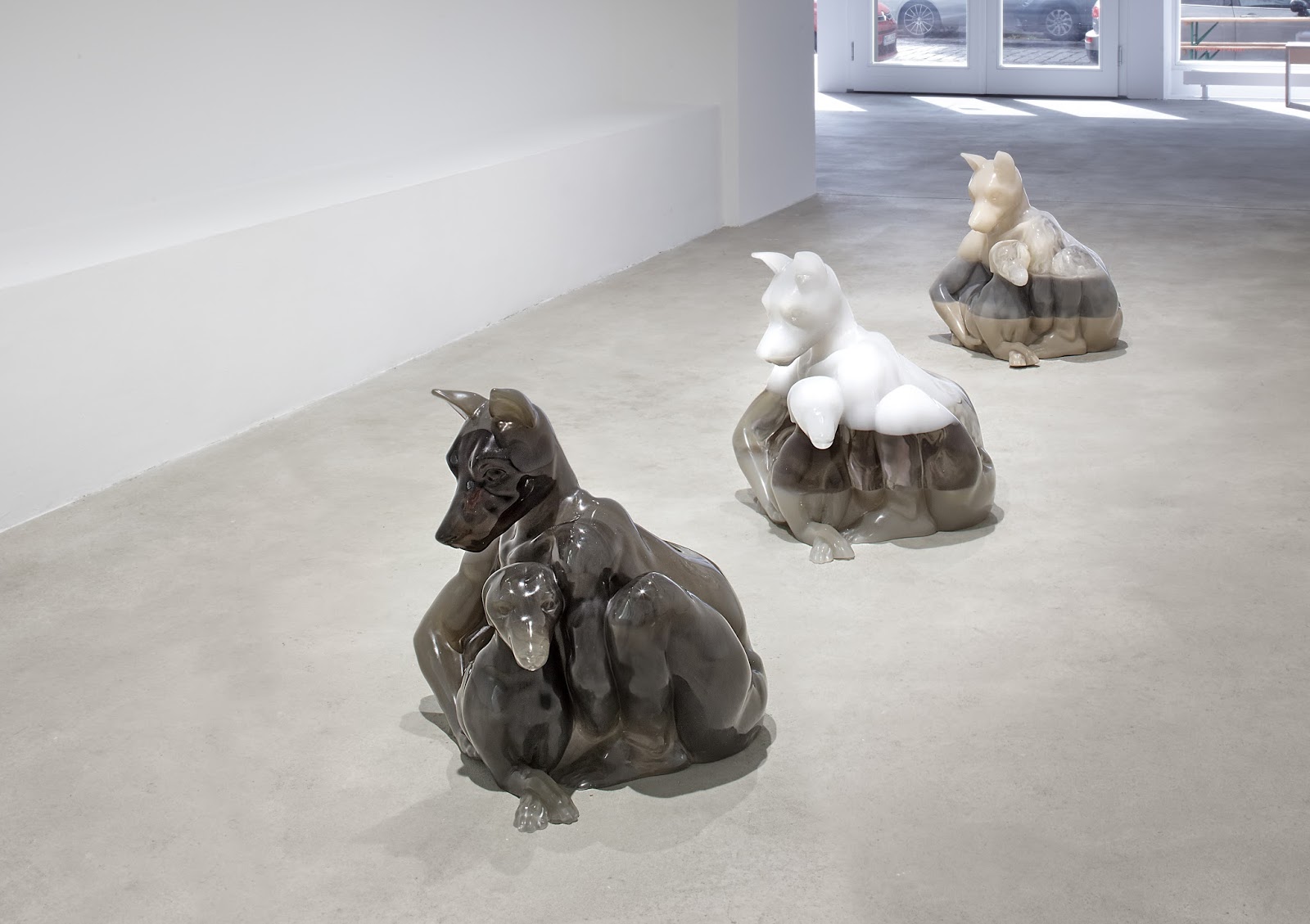 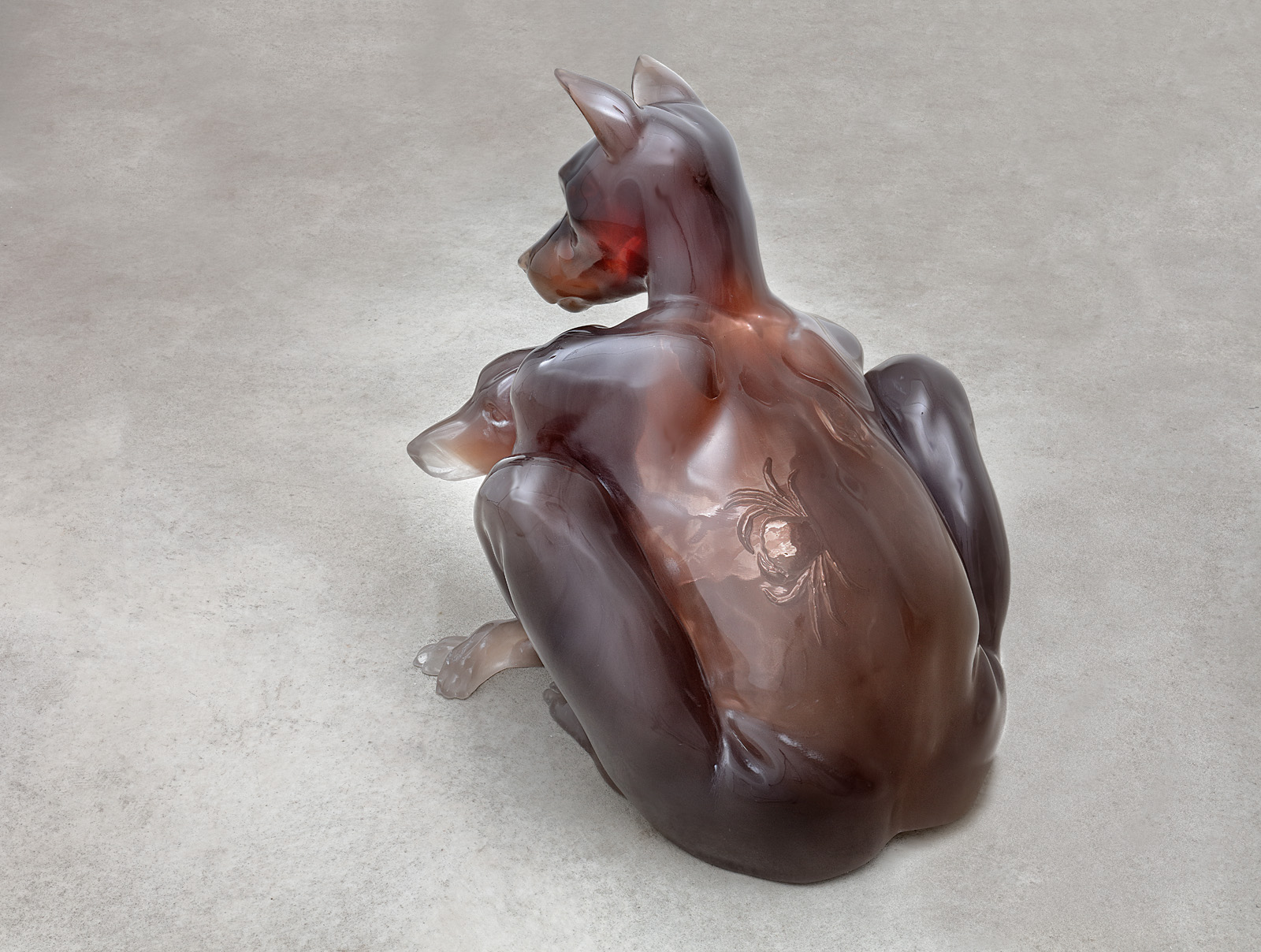 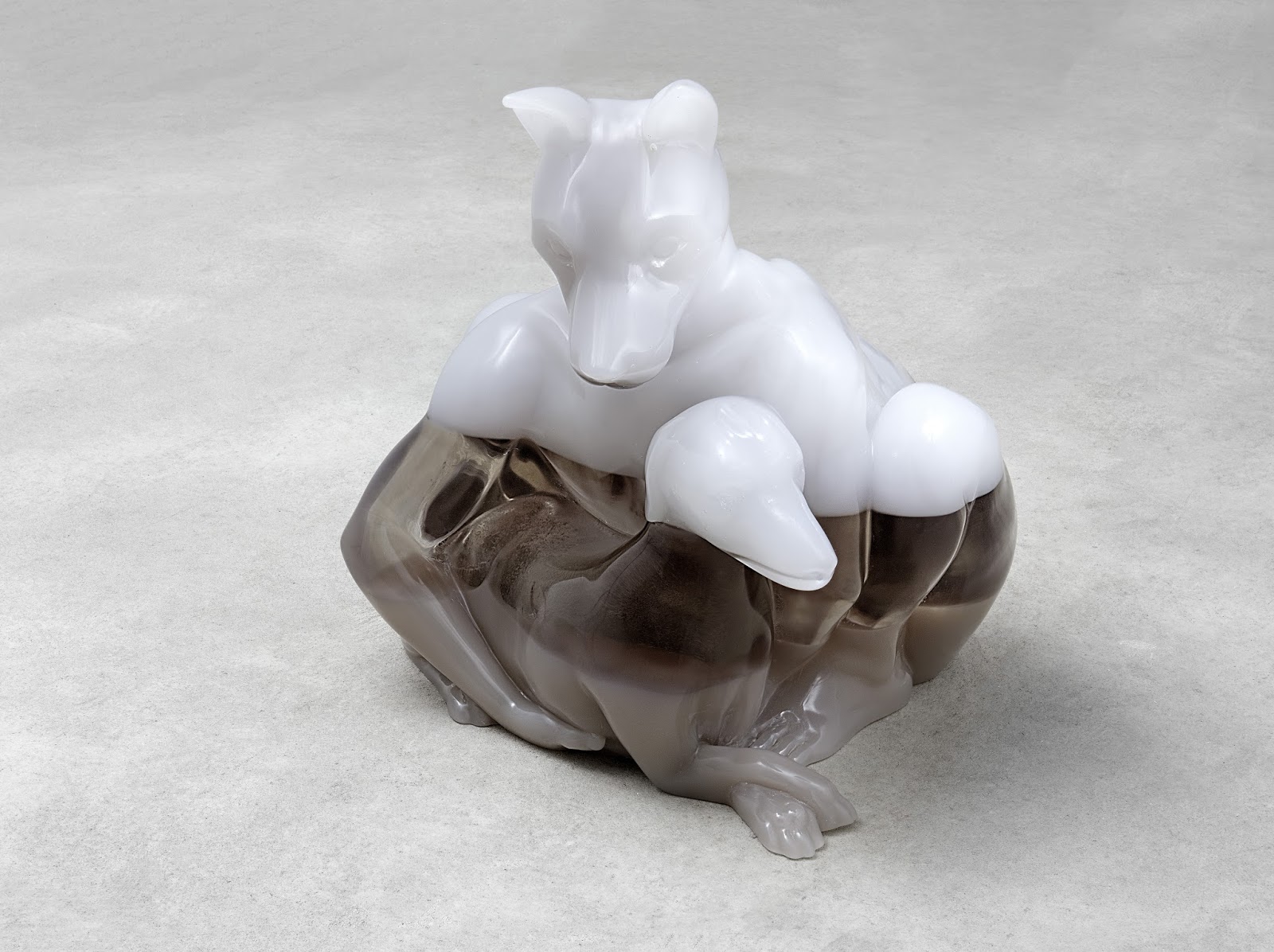 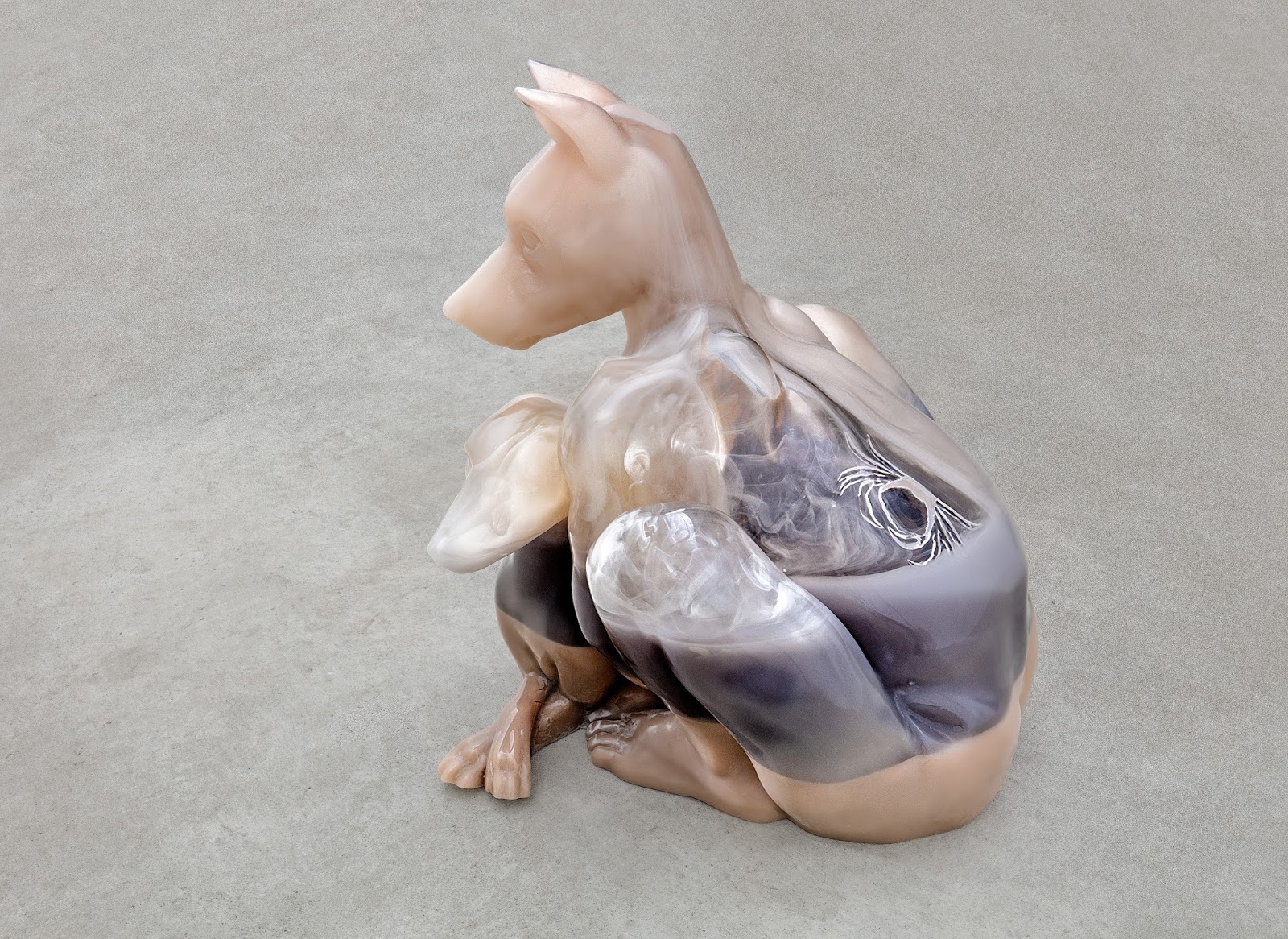 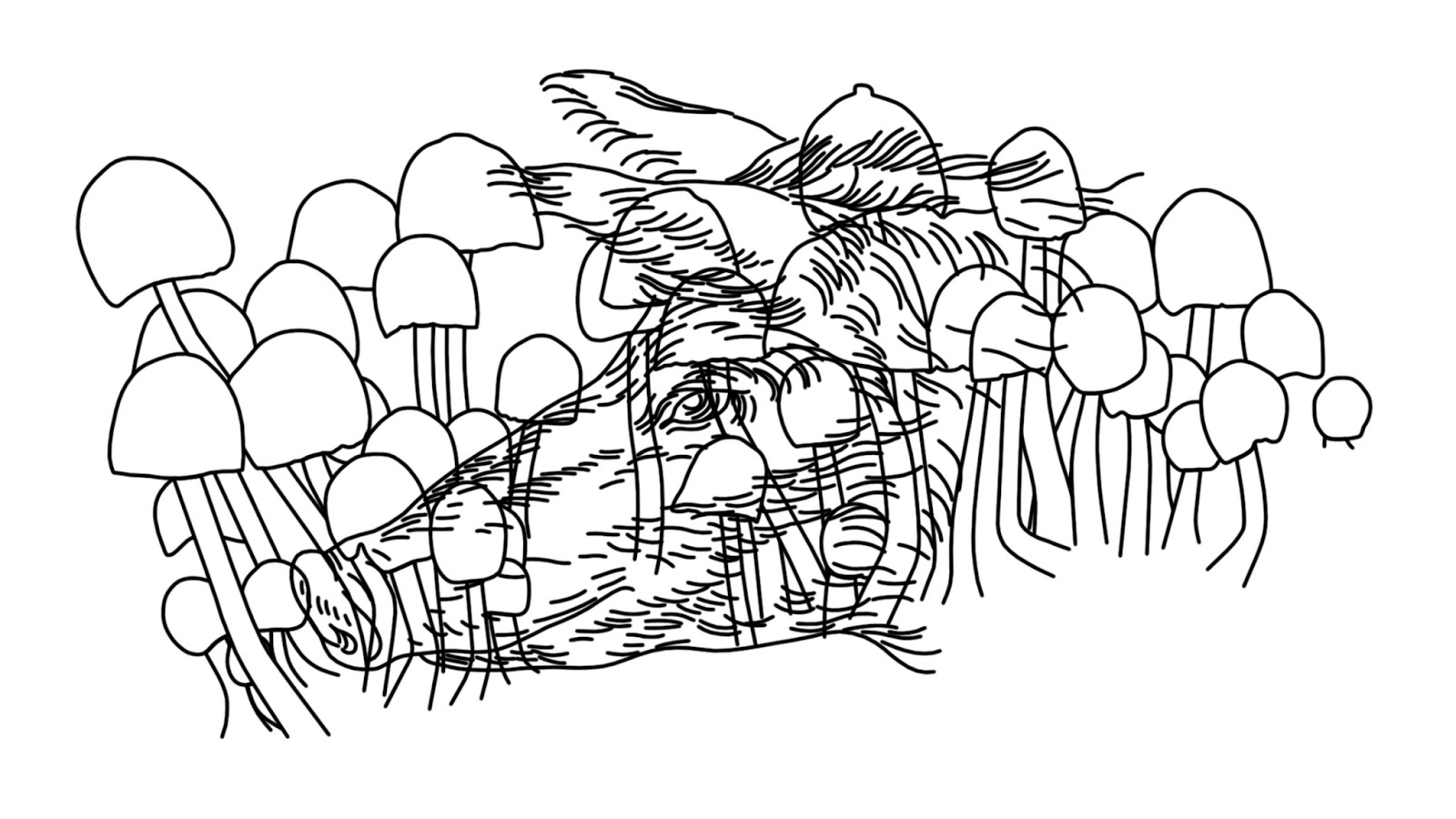 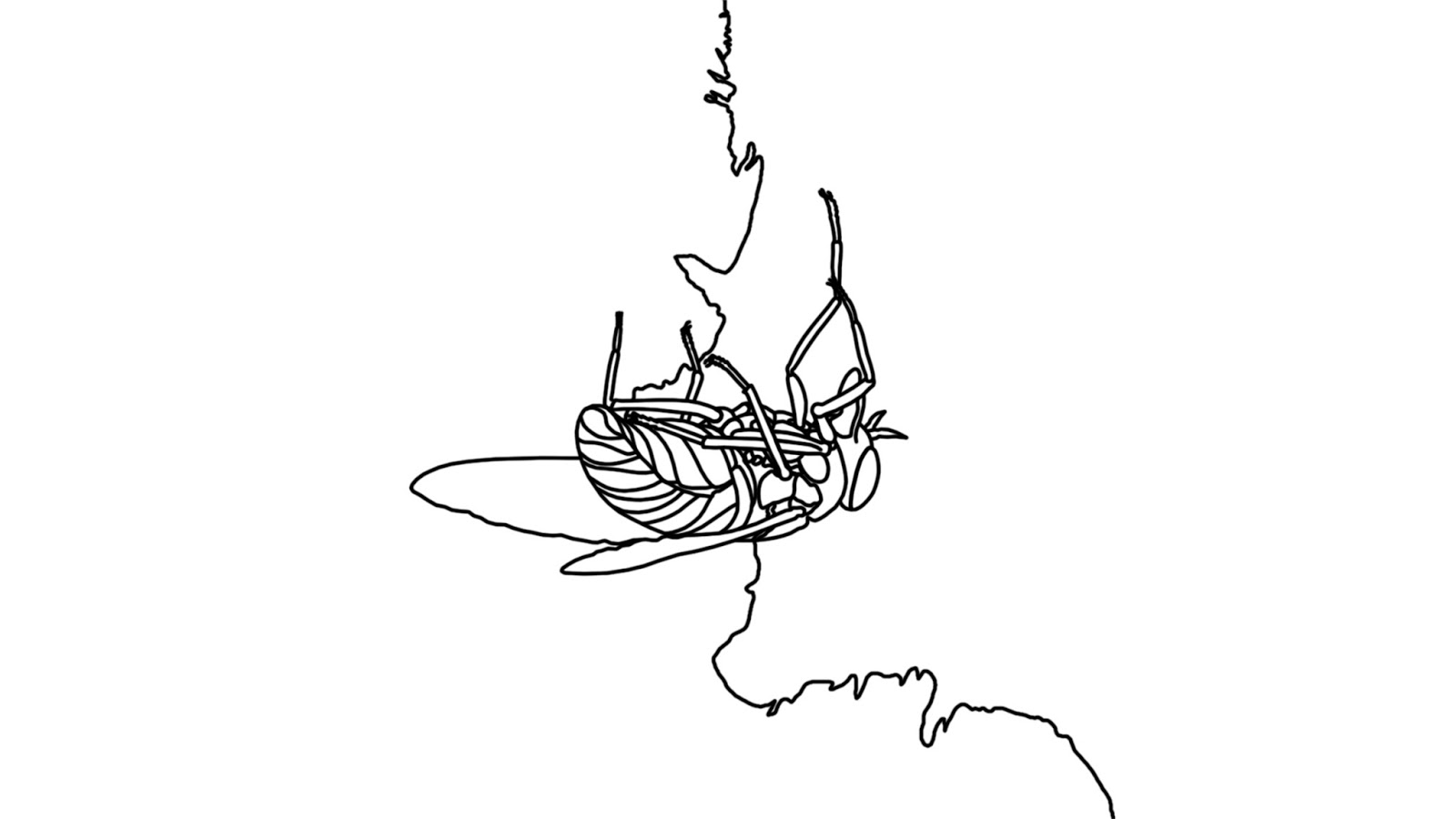 For Gallery Weekend Berlin 2018 Tanya Leighton is proud to host the European debut of Oliver Laric’s latest video, Betweenness, 2018. The animated video is projected continuously alongside a new group of cast resin sculptures. All titled Hundemensch, 2018, they depict a figure with the head of a dog and the body of a human, protectively holding a smaller dog in its arms.

Guided by a selective and distinctive appropriation of history, art history and popular culture, Laric has long worked to collapse categories and undermine beliefs about authorship and authenticity. In his most recent work, Laric focuses these larger inquiries on the replication and mutation of forms and ideas, as well as the unstable terms that define their meaning and interpretation. His ongoing research into hybridity and transmutation has come to form a central thread in his practice.

Betweenness levels the artist's far-reaching pool of source material, repurposing characters from anime, mushrooms growing in time-lapse, multiplying cells, people morphing into animals and marching soldier ants. Though pulled from a wealth of sources, these clips all highlight moments in time that might otherwise be imperceptible. Rather than being drawn anew in each frame as in traditional animation, Laric’s subjects are digitally plotted by the same stark, vectorized line, which moves continually between sequences. This potentially infinitely shifting line echoes the subject matter of the sequences being displayed on screen, suggesting a limitless number of unique permutations. A soundtrack composed by Ville Haimala of Amnesia Scanner accompanies the animation, weaving itself into the unfolding narrative. The resulting artwork is suggestive of instability, metamorphosis, a liberating flexibility and the power of multiplicity.

The 'Hundemenschen' sculptures are cast in striated layers of pigmented resin. Unlike many of Laric’s recent sculptures that draw from specific art historical examples, the subject matter of these sculptures has been derived by a melding of sources, from prehistoric to contemporary. The artist scoured the long history of anthropomorphic sculpture, using these reference points to contribute his own addition to the genre. This 3D model was then used to cast the sculptures on view. The ‘Hundemenschen' are beguiling figures, with a second layer of symbolism seen just below their polished surfaces – salamanders, crabs and human ears are suspended inside of them.

Oliver Laric (b. 1981, Innsbruck, lives and works in Berlin) has upcoming one-person exhibitions at the St. Louis Art Museum; S.M.A.K., Ghent; and Kunstverein Braunschweig. Past solo exhibitions include: Schinkel Pavillon, Berlin; Secession, Vienna; Austrian Cultural Forum, London; Hirshhorn Museum and Sculpture Garden, Washington, D.C.; and the MIT List Visual Arts Center, Cambridge. His work has been included in group exhibitions at the Whitechapel Gallery, London; Albright-Knox Art Gallery, Buffalo; Fridericianum, Kassel; Palais de Tokyo, Paris; Kunstverein München; and Institute of Contemporary Art, Boston. He participated in the 2016 Liverpool Biennial, and his video Untitled (2014-15) was included in the 2015 New Museum Triennial. His work will be shown in the 2018 São Paulo Bienal.