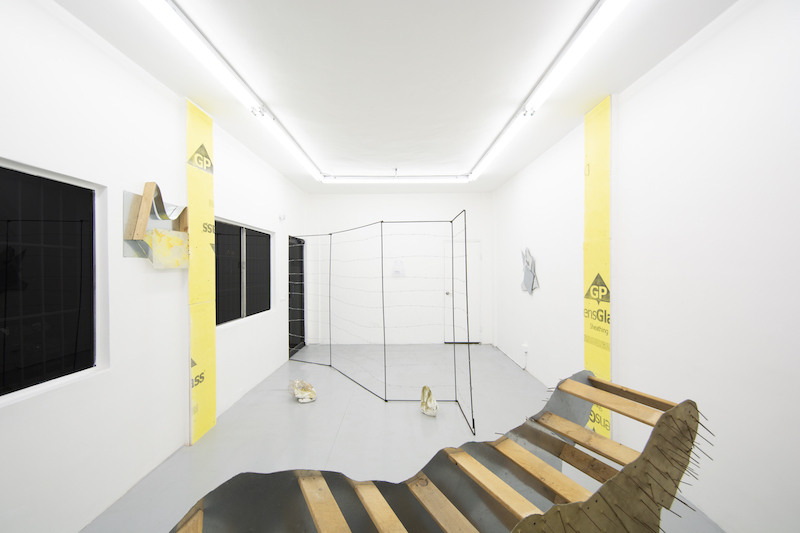 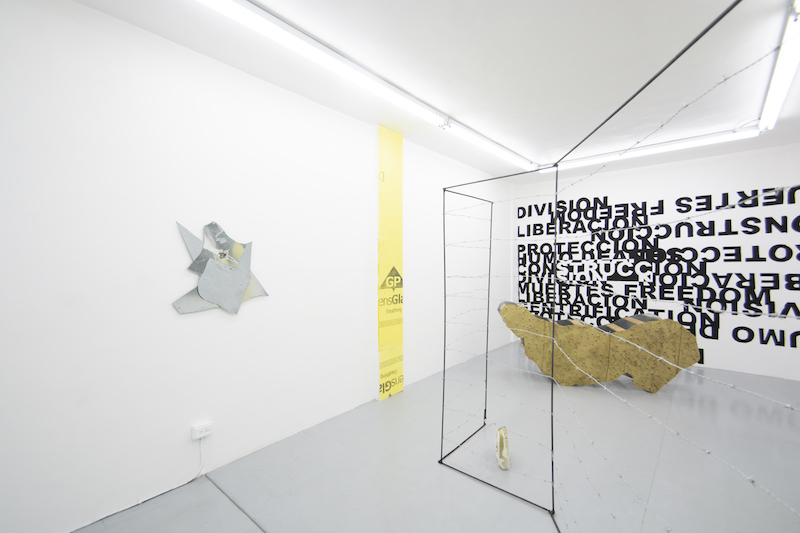 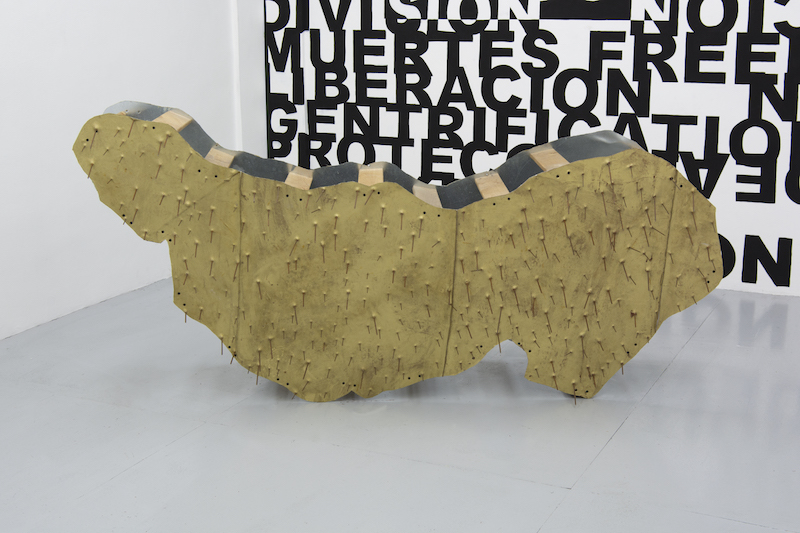 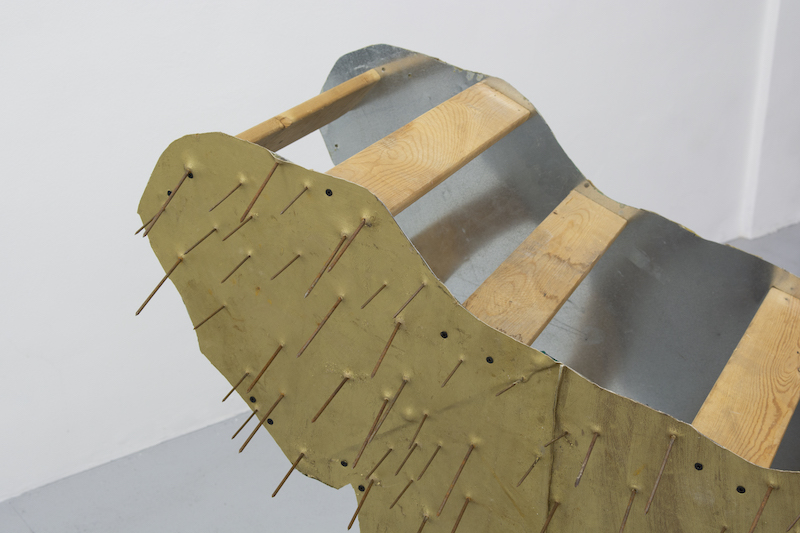 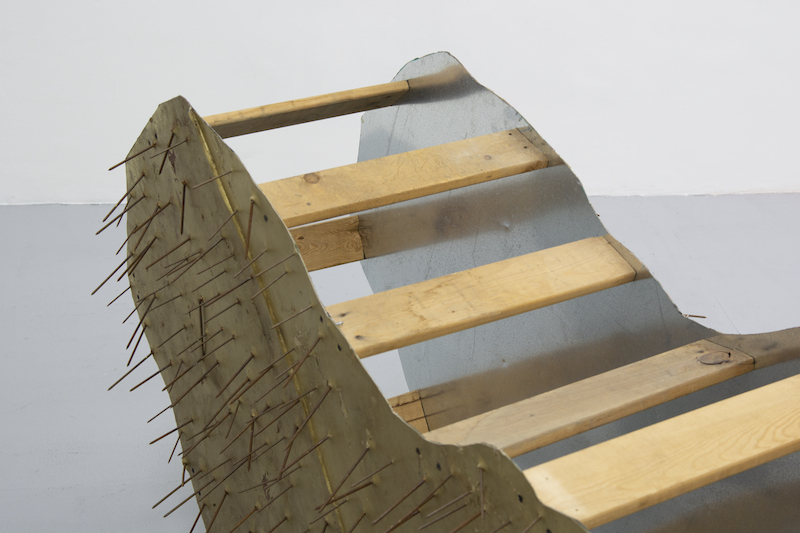 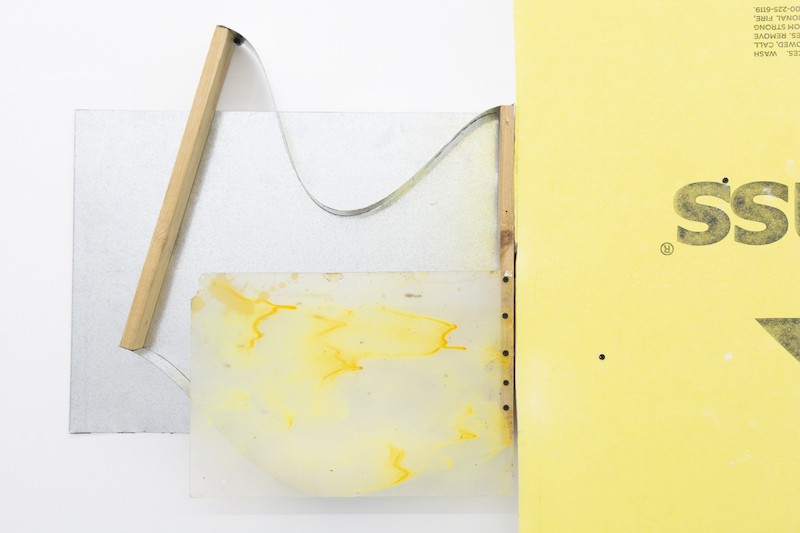 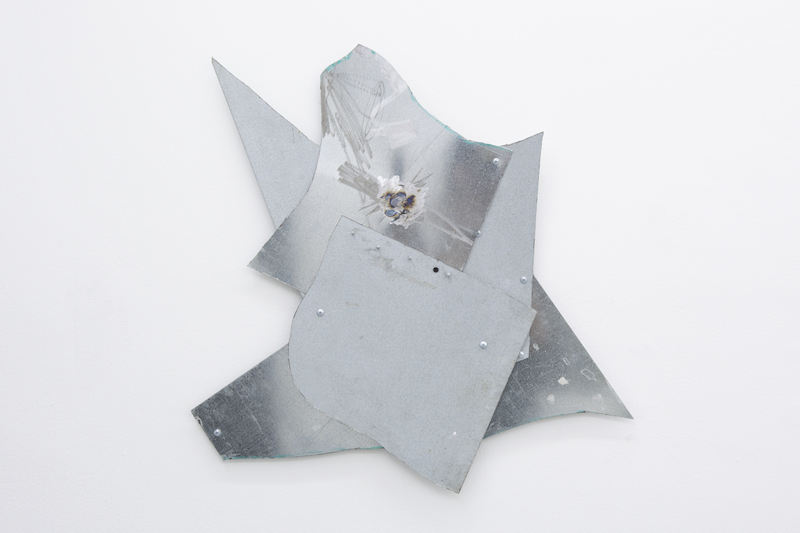 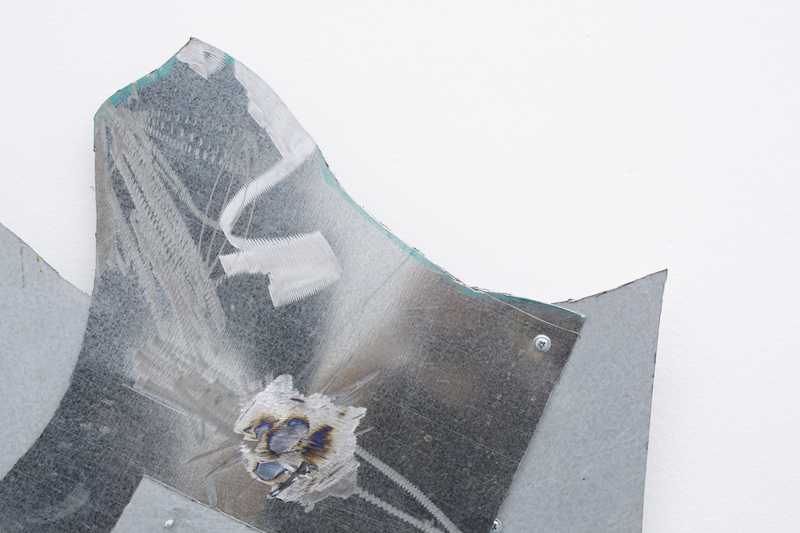 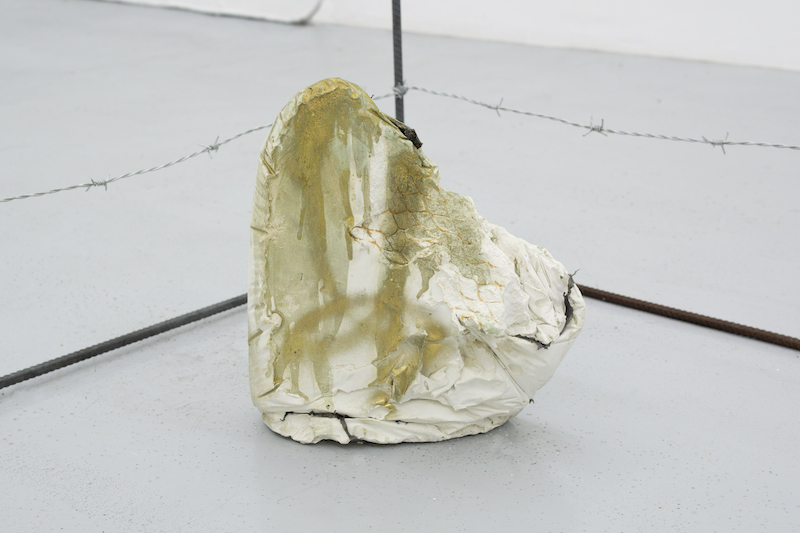 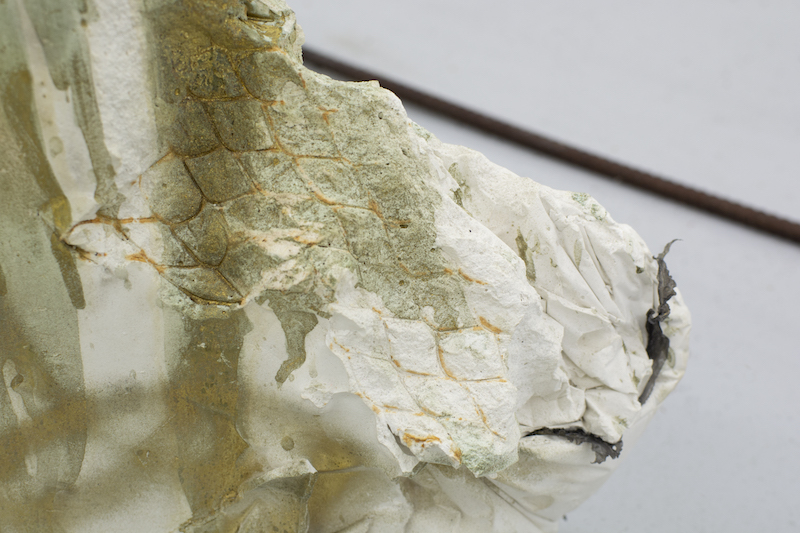 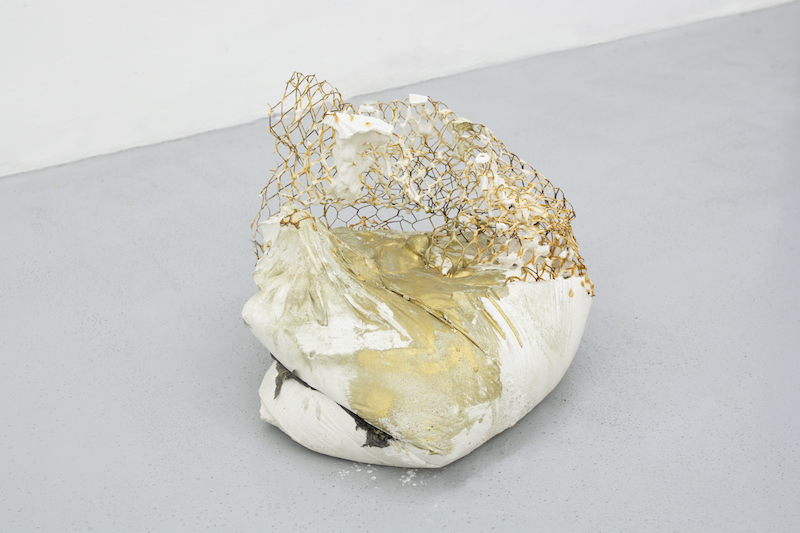 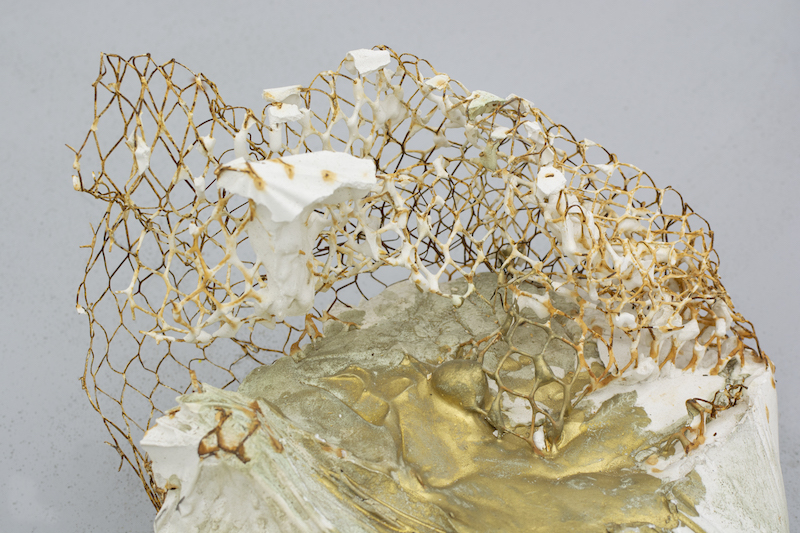 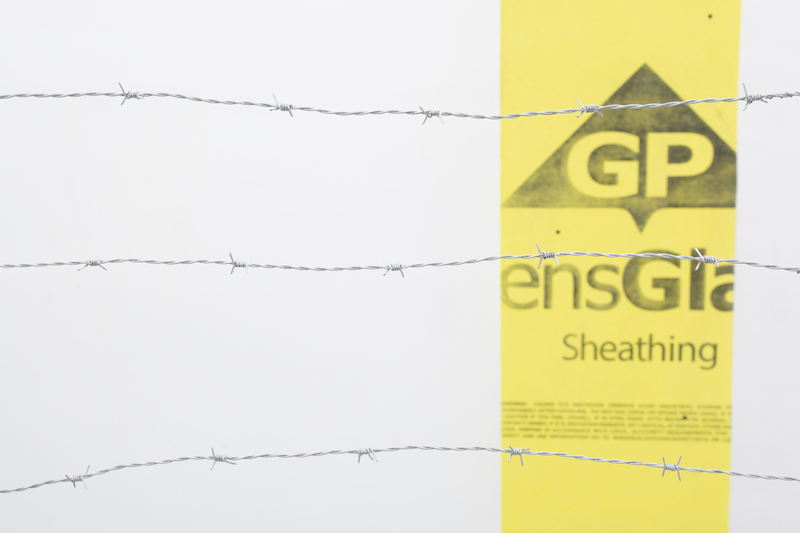 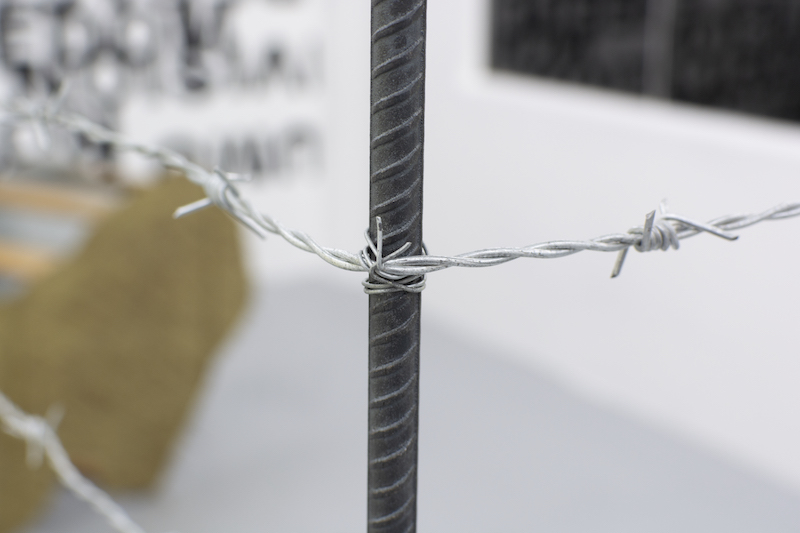 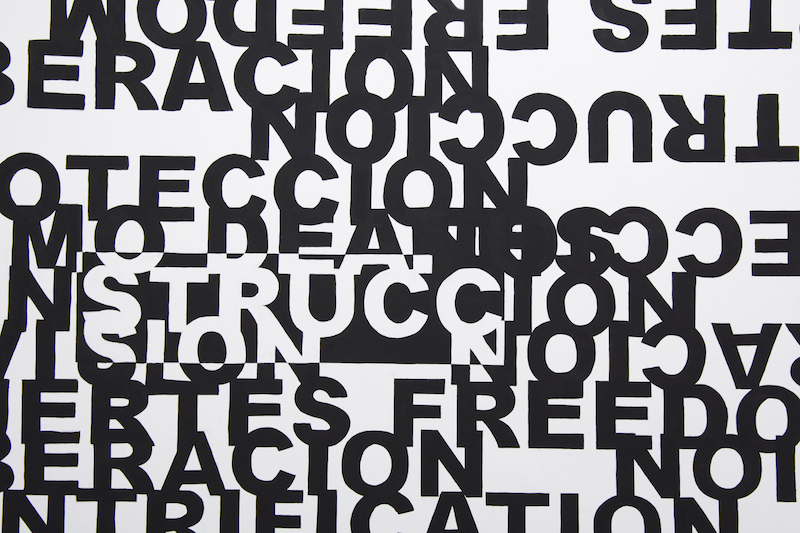 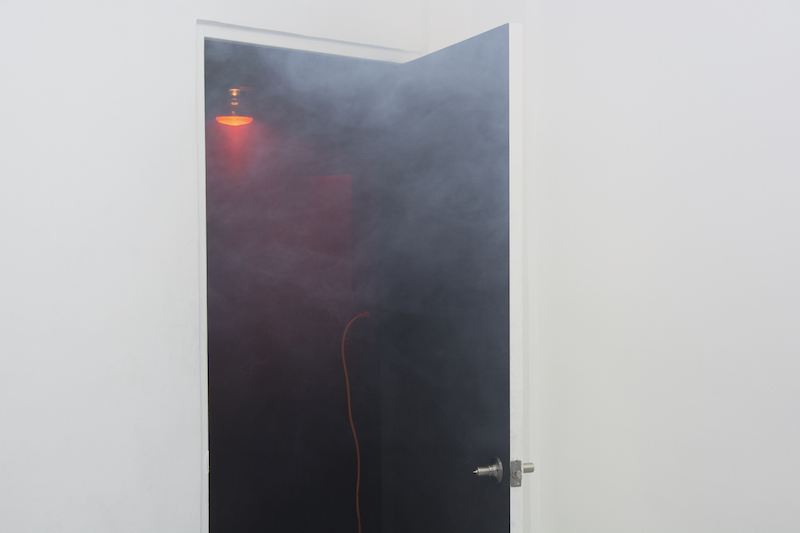 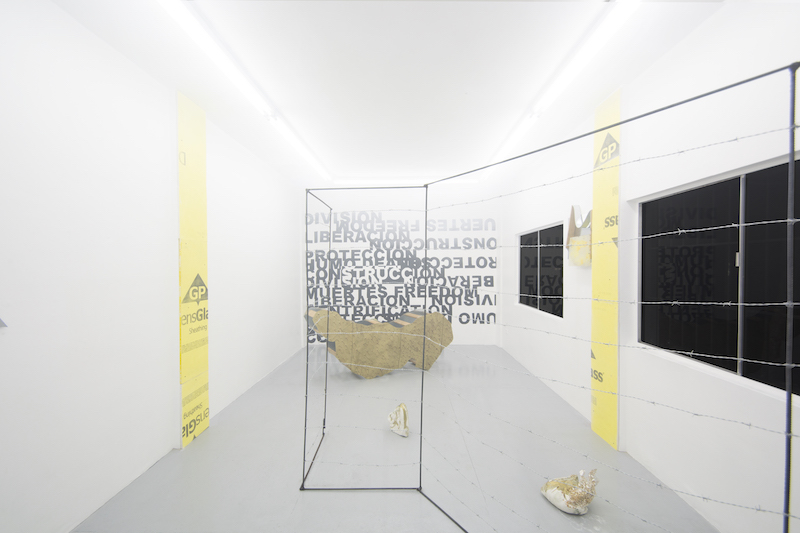 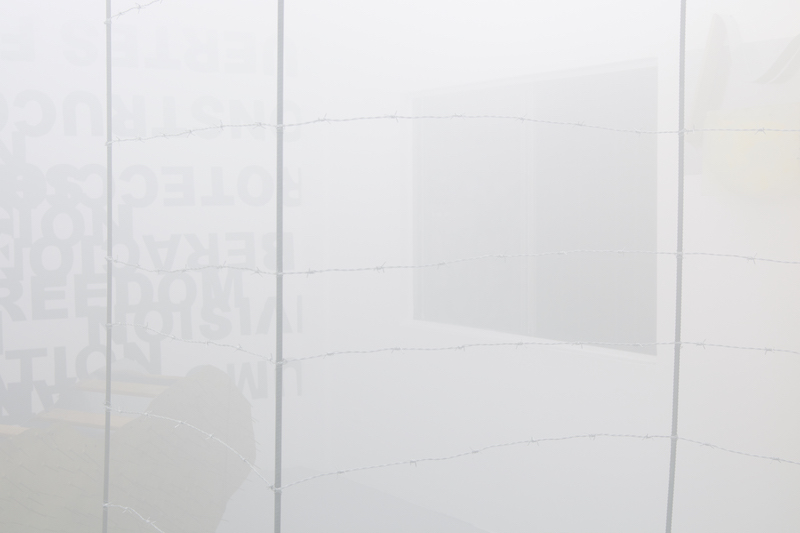 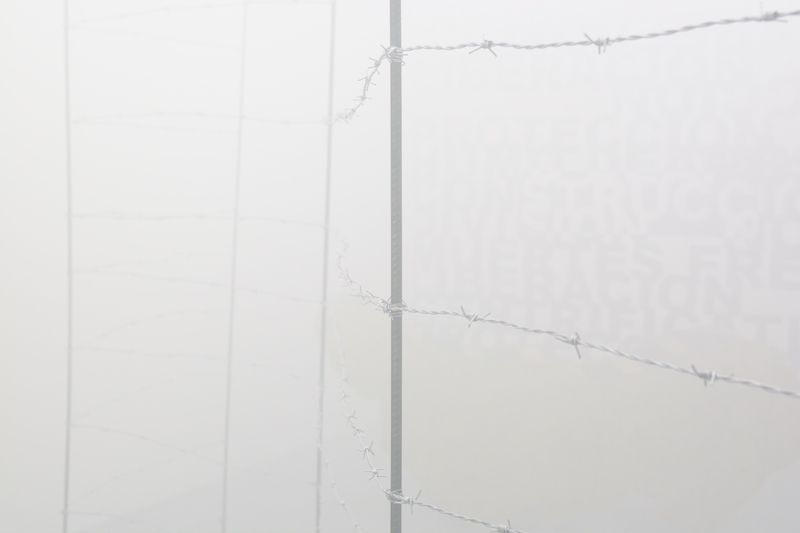 "The installation operates by means of a symbolic privatization of the public space of an exhibition.”
- Boris Groys
Starting from an individual cosmology that takes into account his cultural heritage, Elsoldelrac (b.1992, Tijuana) creates objets that serve as evidence of their times through their symbolism, actions and materials. His production process transits between the rude gestures of a builder, the meticulousness of a designer and the creation of a shamanic poetic.

When visiting the artist's studio, one appears in front of industrial waste, construction residues and mixed fabrics. At first glance it appears to be the workshop of a blacksmith-capenter-signwriter-and-designer. Born and raised in Tijuana’s Zona Centro, in his work process there can found the ways of living with which he has coexisted day to day: the “auto-construcción” of Mexican housing, the quick and informal repair of objects and the recycling of second-hand clothing that arrives from the US into Mexico. Elsoldelrac uses methods that consist of taking action under the rules, possibilities and hands of oneself, a premise that flux into the rest of his work.

For his exhibition in Deslave, he presents a group of installations that modify the architecture of space, and with that the actions and behaviour of the attendees. According to the artist, there is an indiscernible connection between material structures and social structures; we are organized according to the places we inhabit, and at the same time we systematize the sites that we will occupy in favor of our  own interests.

Although the main point of departure in the exhibition is how material structures act  over immaterial structures, each piece in the show extends its reflection towards different systems of organization. The control of bodies within the racial pyramid, identity mediated by images and the limits of private property flow as the main ideas behind the works in STRUCC.