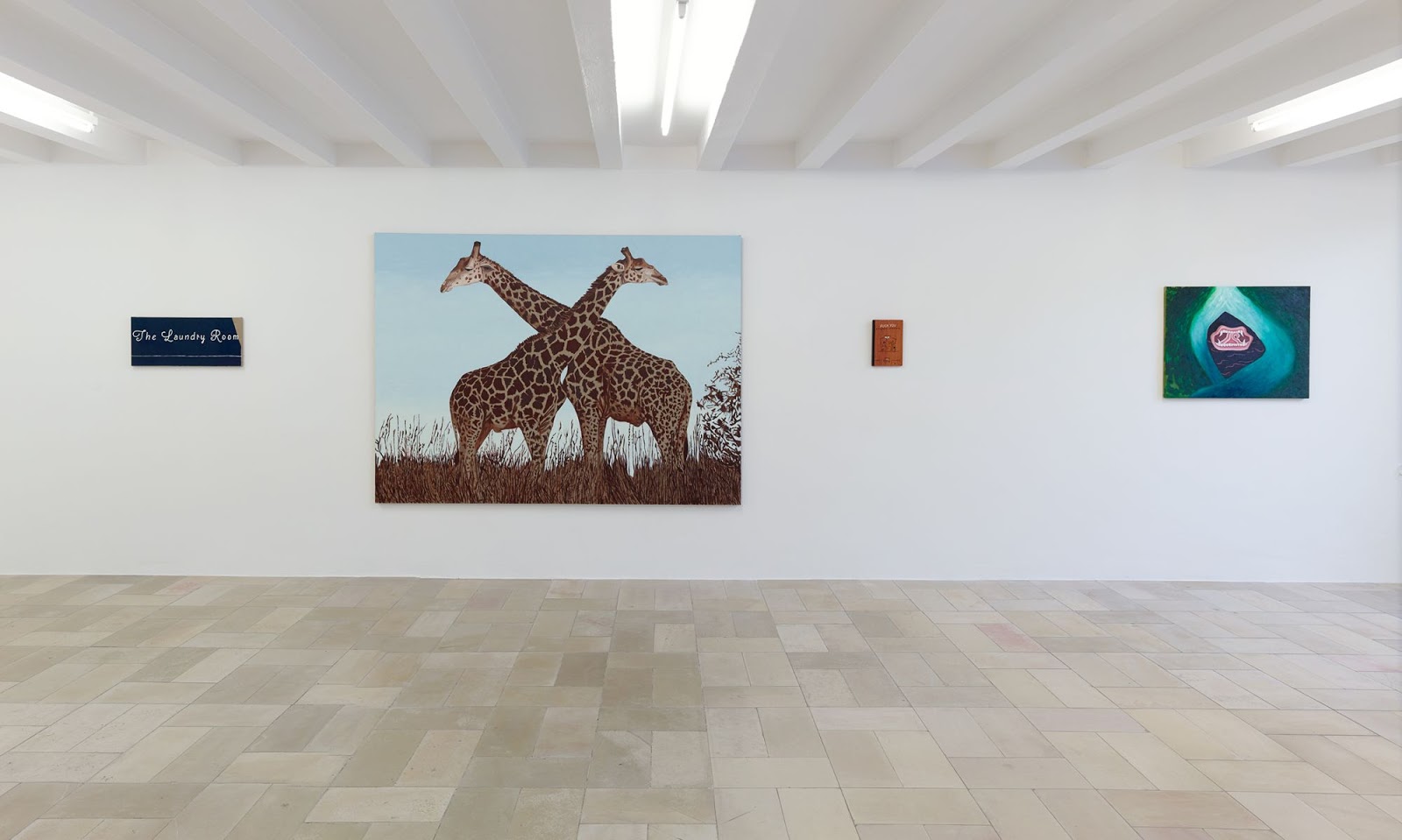 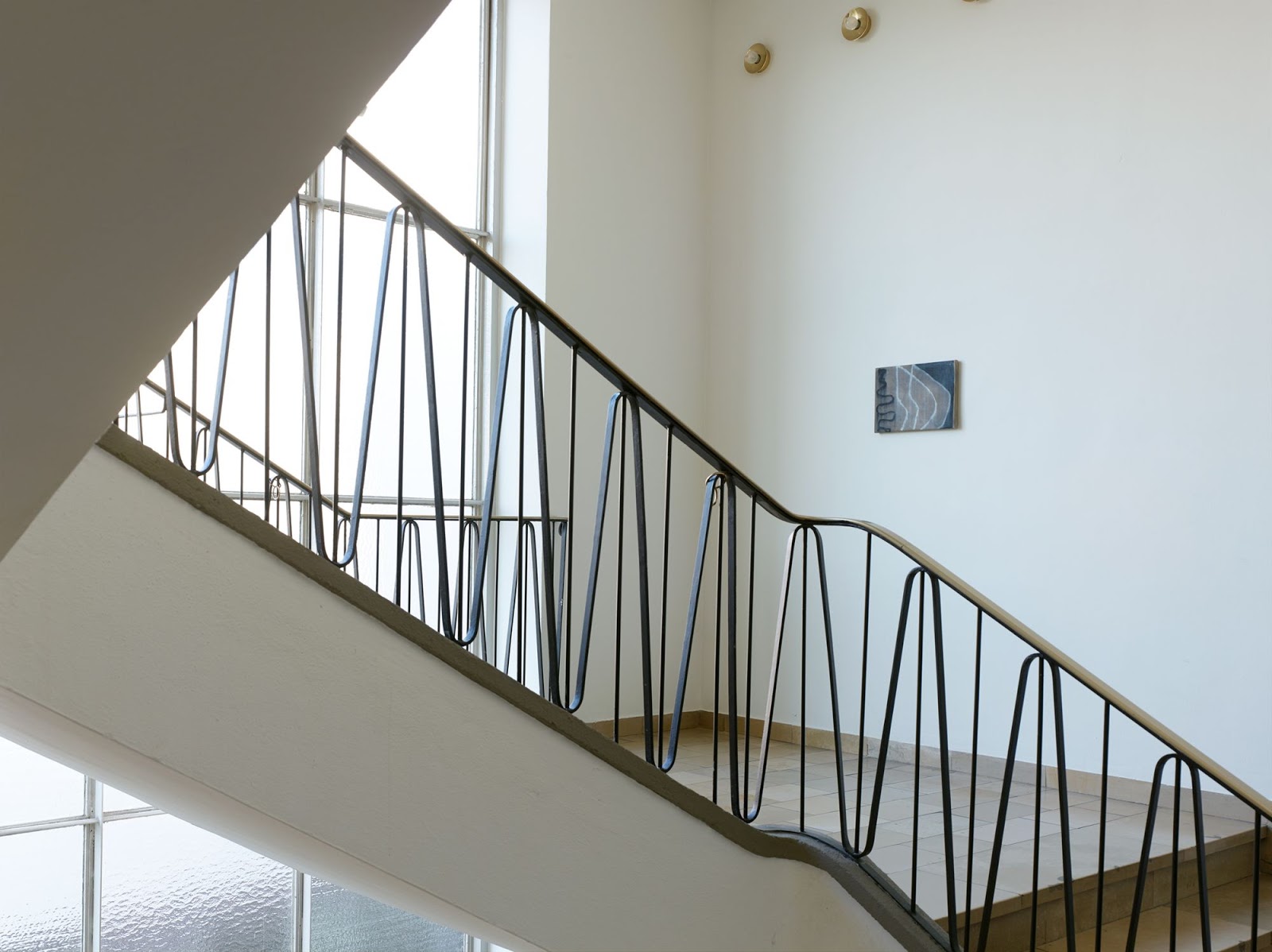 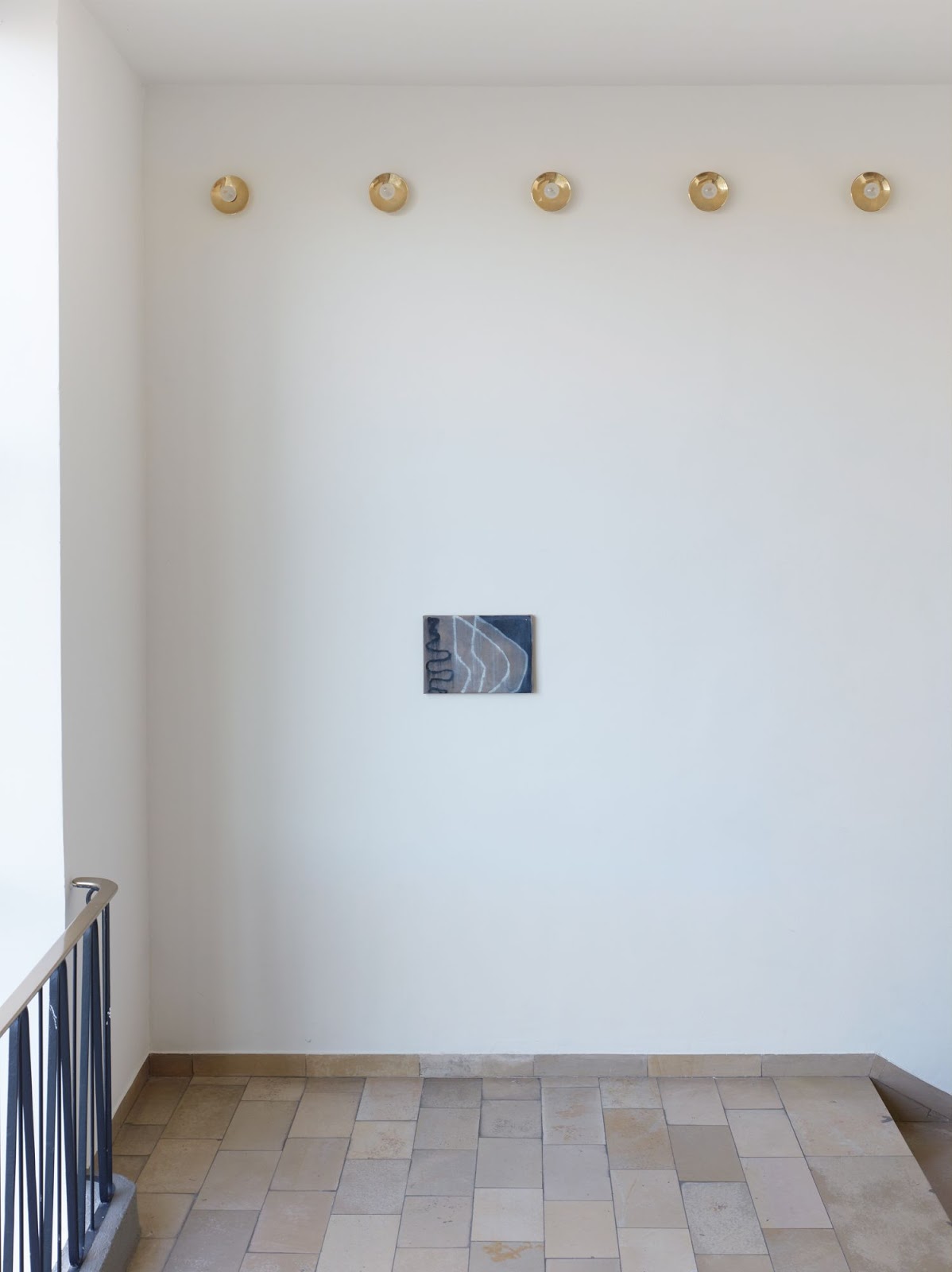 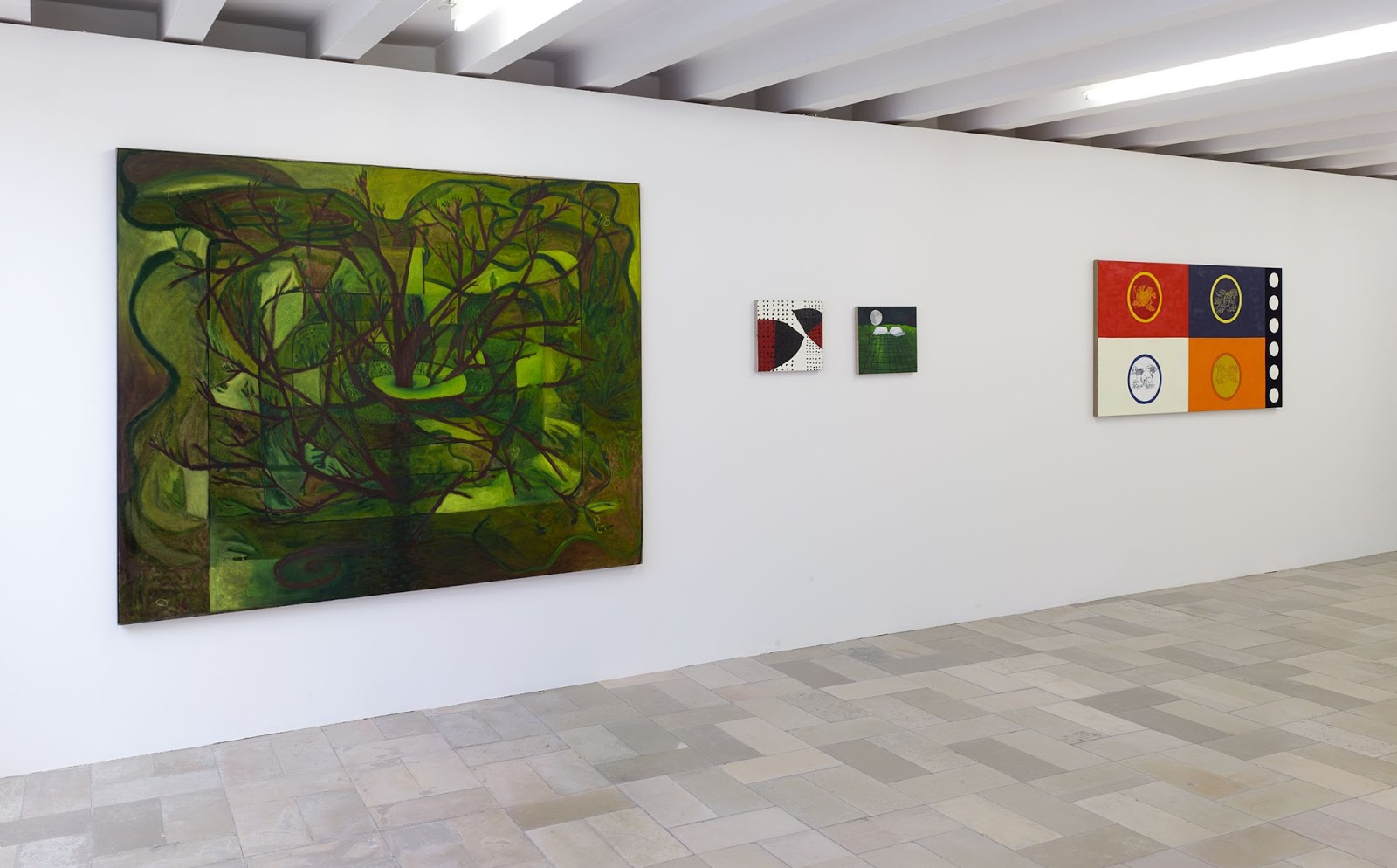 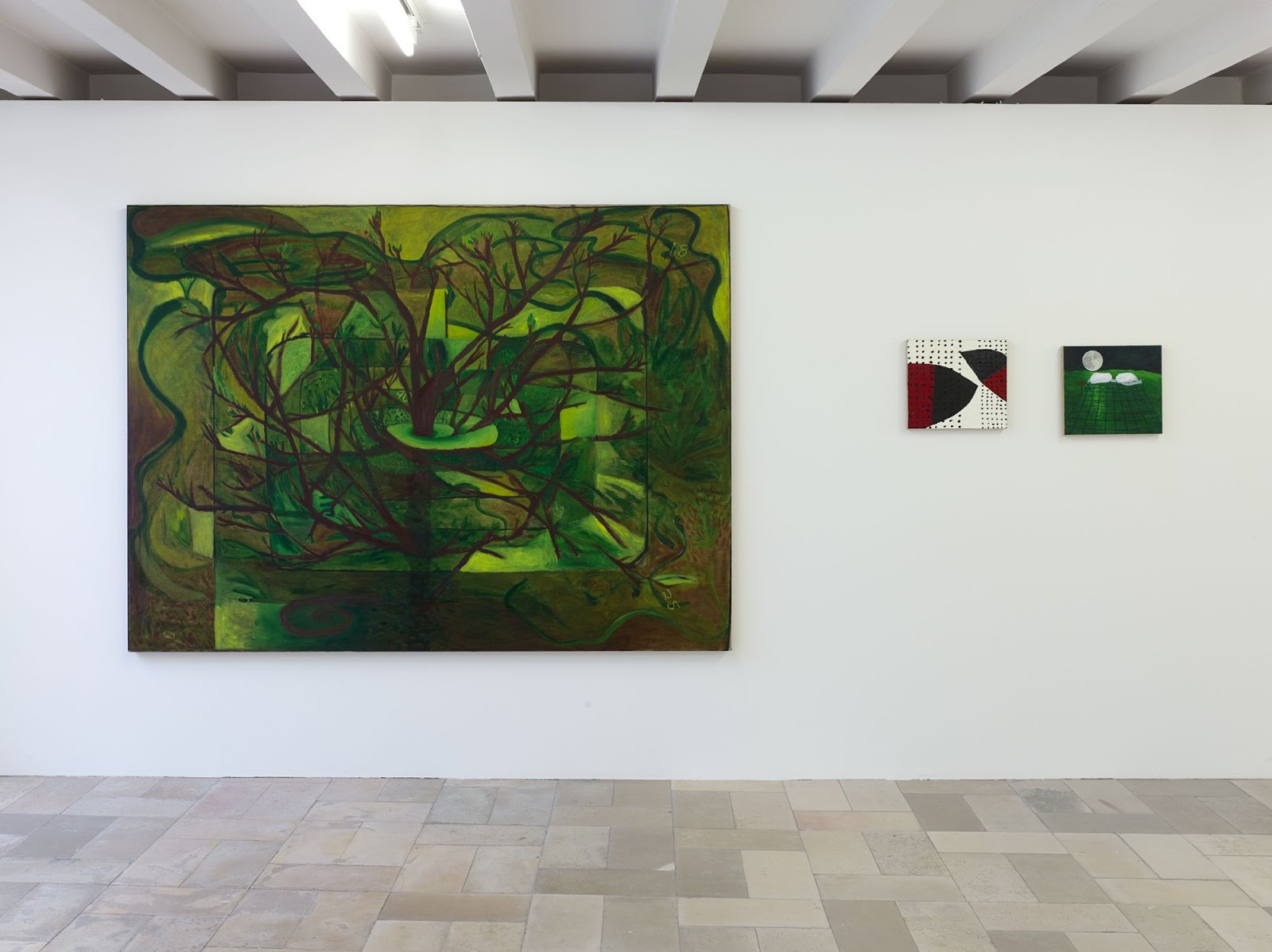 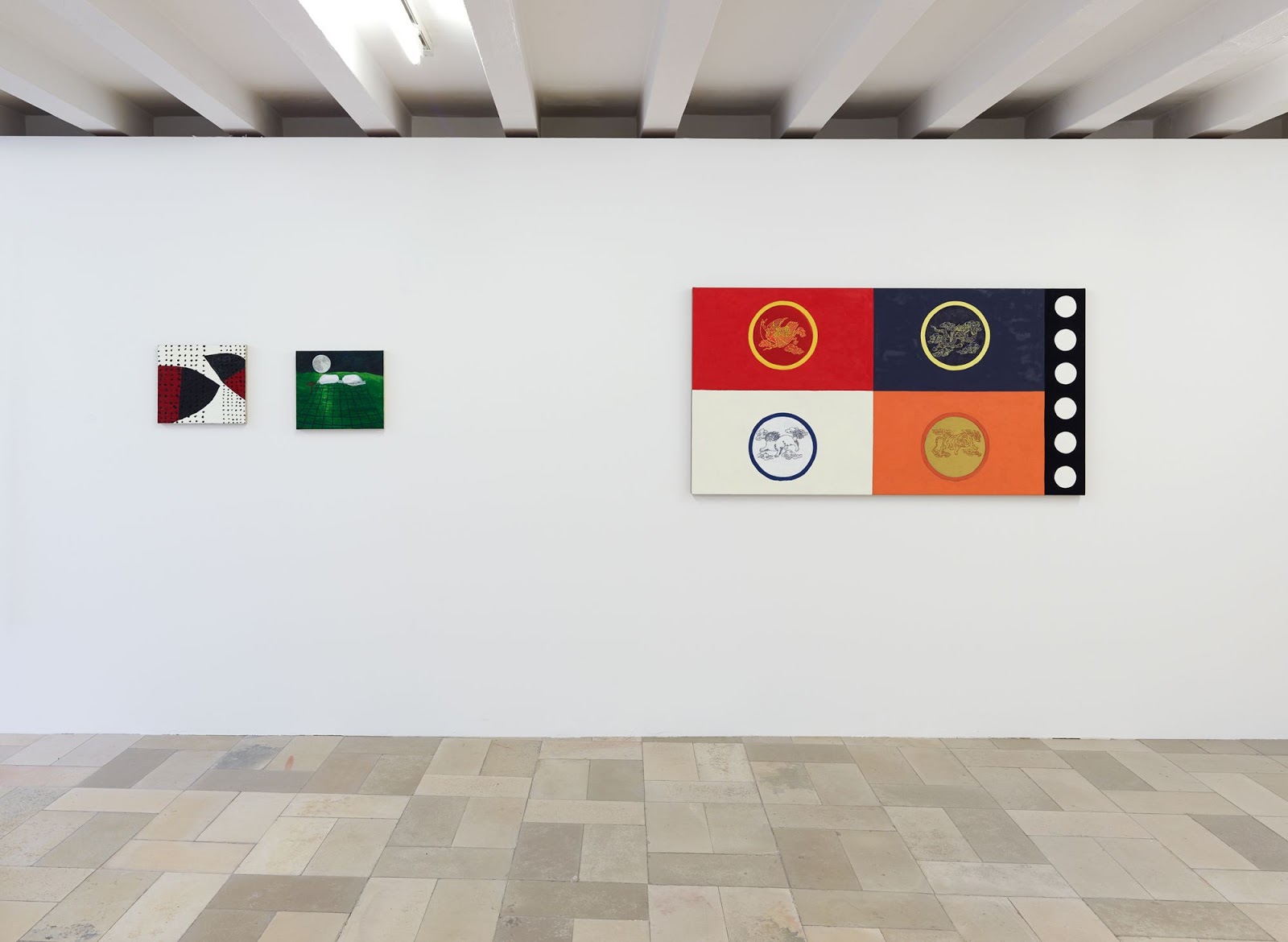 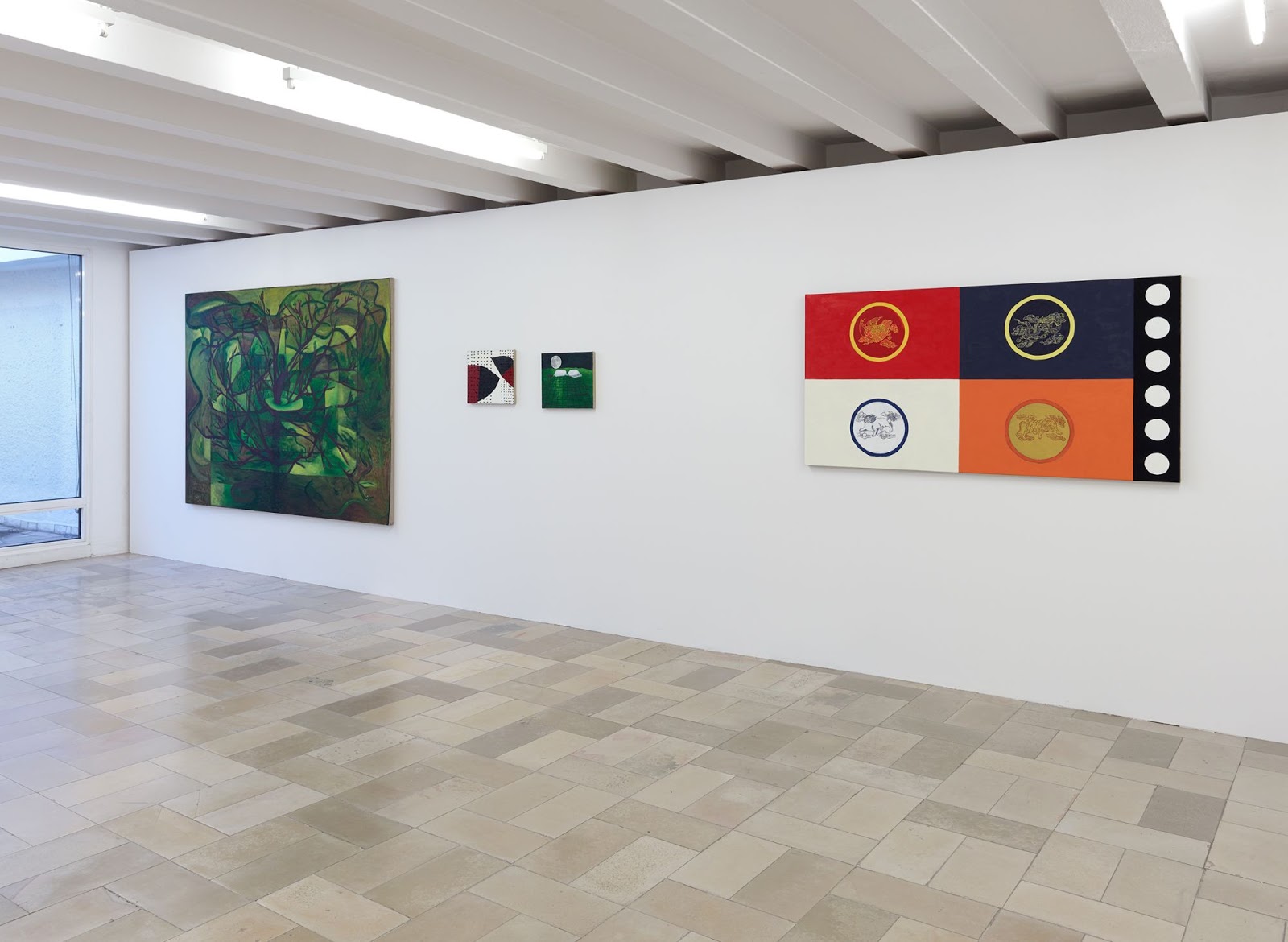 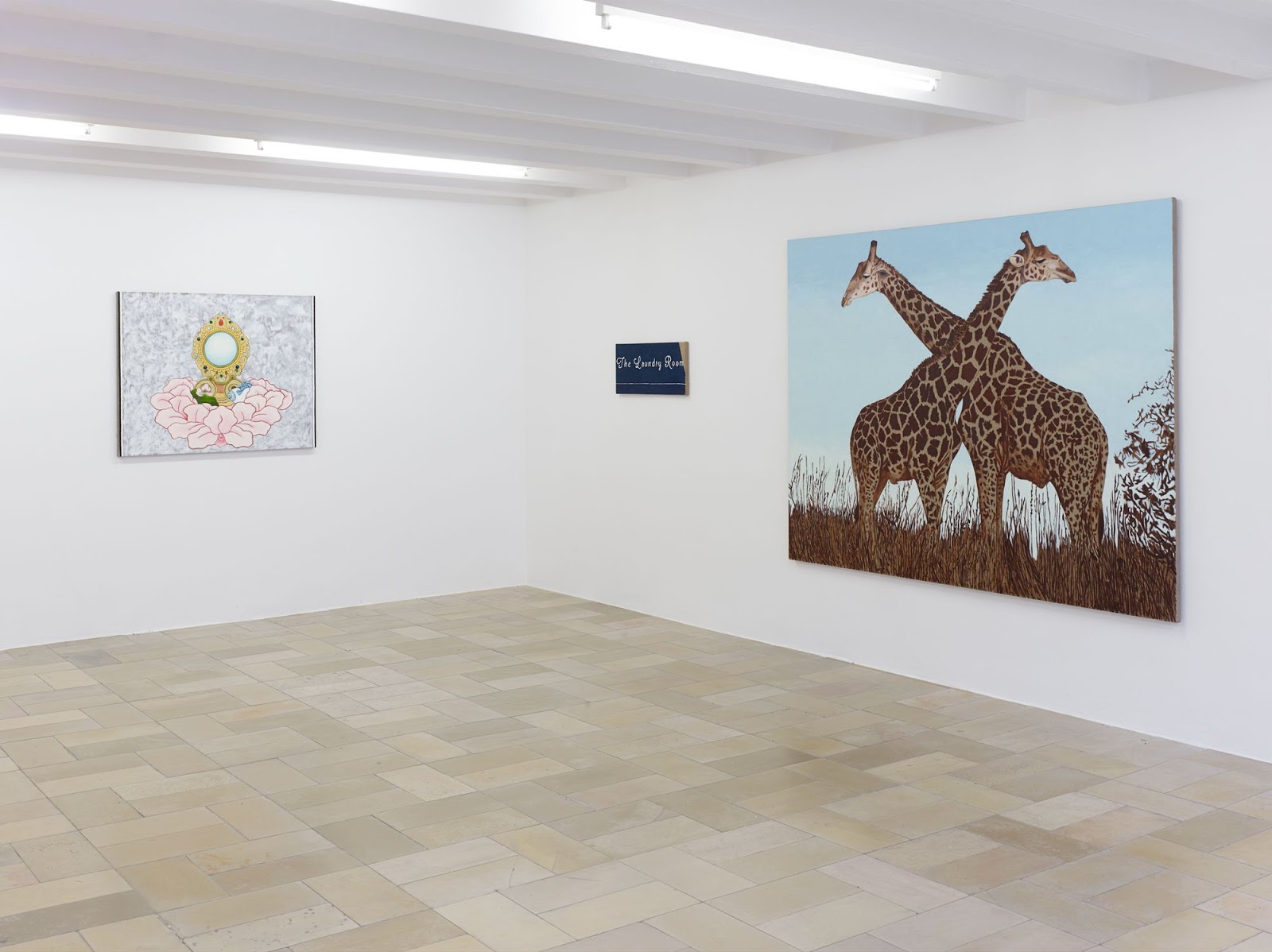 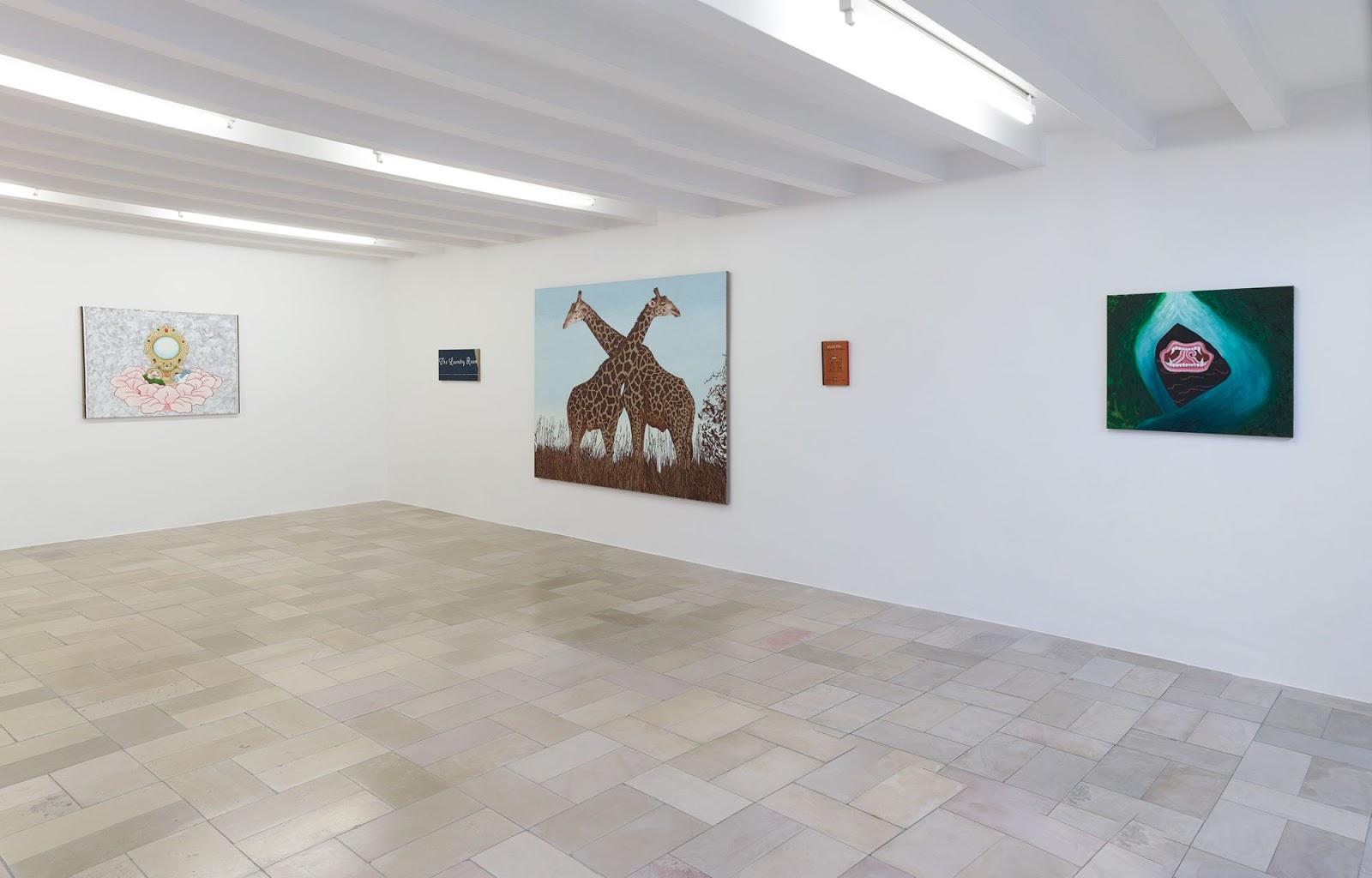 The artist Leidy Churchman is concerned with the question of how images are perceived and processed in the present age, when visual stimuli display an omnipresence. Within this context, Churchman – who was born in the American community of Villanova, Pennsylvania, in 1979 – produces paintings based on pre-existing images from the “extraordinary junkyard” of visual formulations. Thus he copies the works of other artists and uses logos, book covers or advertisements as sources or makes references to Far Eastern religions or art related to folklore. For this reason the pictorial universe that confronts us in Churchman’s presentations often seems familiar, even if the paintings differ from their sources to a greater or lesser extent.
Churchman’s solo exhibition at the Kölnischer Kunstverein is his first institutional presentation in Europe. For this show he has produced a new group of works which display a disconcerting heterogeneity at first glance. At the exhibition our attention is immediately grabbed by the large-format painting “Standoff”, which shows two giraffes standing in high grass with their necks crossed. While this painting seems to be more or less clearly comprehensible, a small-format landscape painting entitled “Faultless Aspect” exhibits more surreal features: illuminated by a magnificent full moon, a kind of net spreads out across a deep-green meadow and, in combination with two white pillows and a bedside table, becomes a bed. The painting “Peacocking”, which is dominated by two red-and-black, organic-looking forms as well as countless, tangibly palpable dots, does not allow us to identify any clear narrative and points to the field of abstraction. By contrast, in the work “The Kitchen Sink”, we can read “The Laundry Room” in white letters on a deep blue background, and it seems to be the direct transfer of a sign into the medium of painting. The painting “Black Mouth”, on the other hand, makes reference to the Buddhist deity Mahakala, although Churchman has limited himself to the signifier of his mouth in his work. This is embedded within a greenish-bluish composition of colours and forms in a manner that stimulates the impression of looking into this orifice through a peculiar kind of peephole. The link connecting all of these different works is the common world they share: a world that has become almost impossible to grasp and from which Churchman selects images in order to present them to his viewers with an altered tempo, feeling and state of mind. In doing so, the New Yorker’s visual formulations go beyond a mere transfer into the medium of painting. Churchman’s works are linked with an inexplicable and mysterious magic that it is very difficult to escape.
Leidy Churchman lives and works in New York. He has recently participated in much-discussed thematic exhibitions including “Painting 2.0: Expression in the Information Age” at Munich’s Museum Brandhorst (2015) and at mumok – Museum moderner Kunst Stiftung Ludwig Wien (2016). In recent years he has also presented works at the Whitney Museum of American Art in New York (2016), the Kunsthalle Bern (2015), the National Gallery of Denmark in Copenhagen (2014) and at MoMA/P.S.1 in New York (2010). In 2013 Churchman had a solo exhibition at the Boston University Art Gallery and the first monograph on his work as an artist was created to accompany it.