Joanne Greenbaum
Everything Is Perfect In All Ways 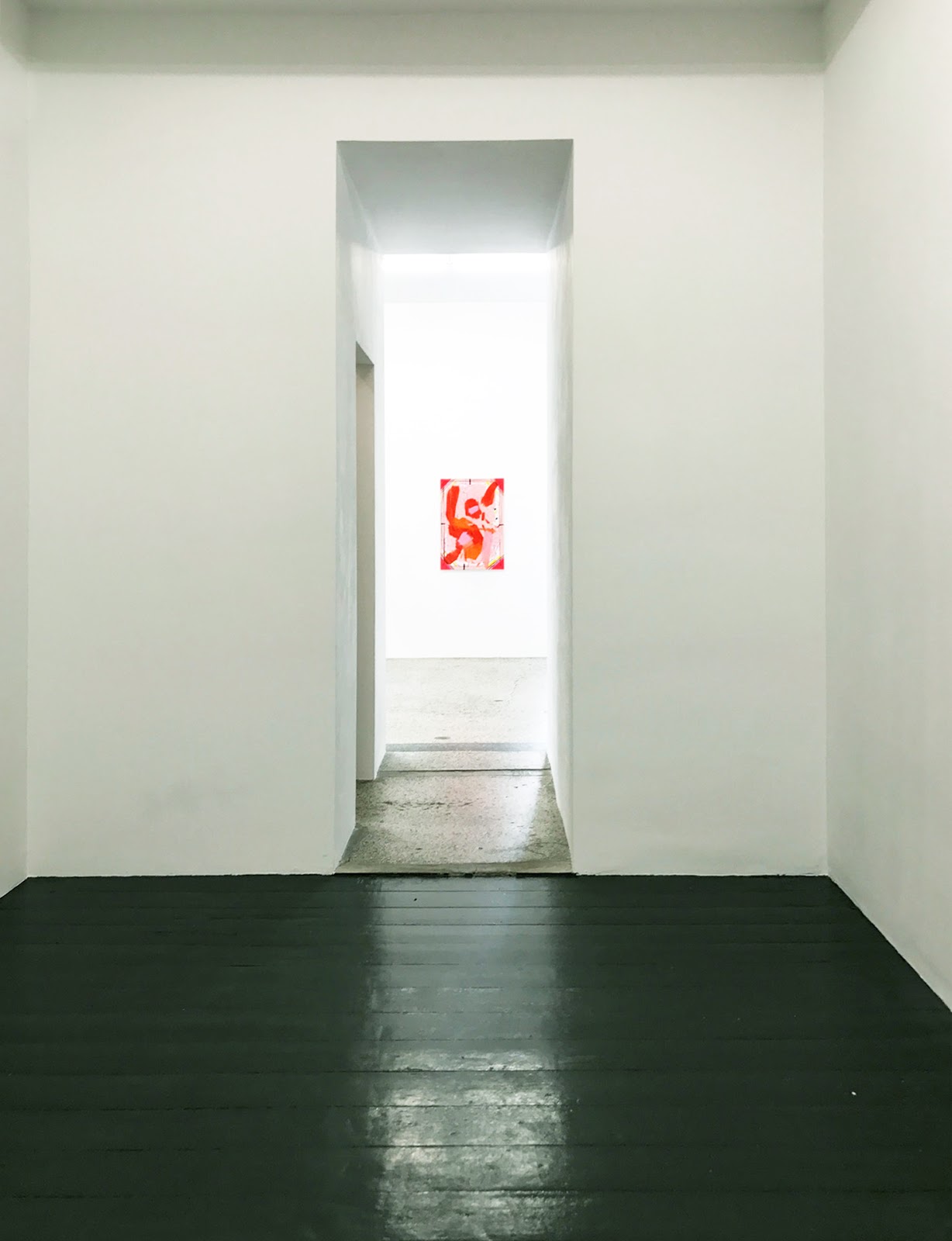 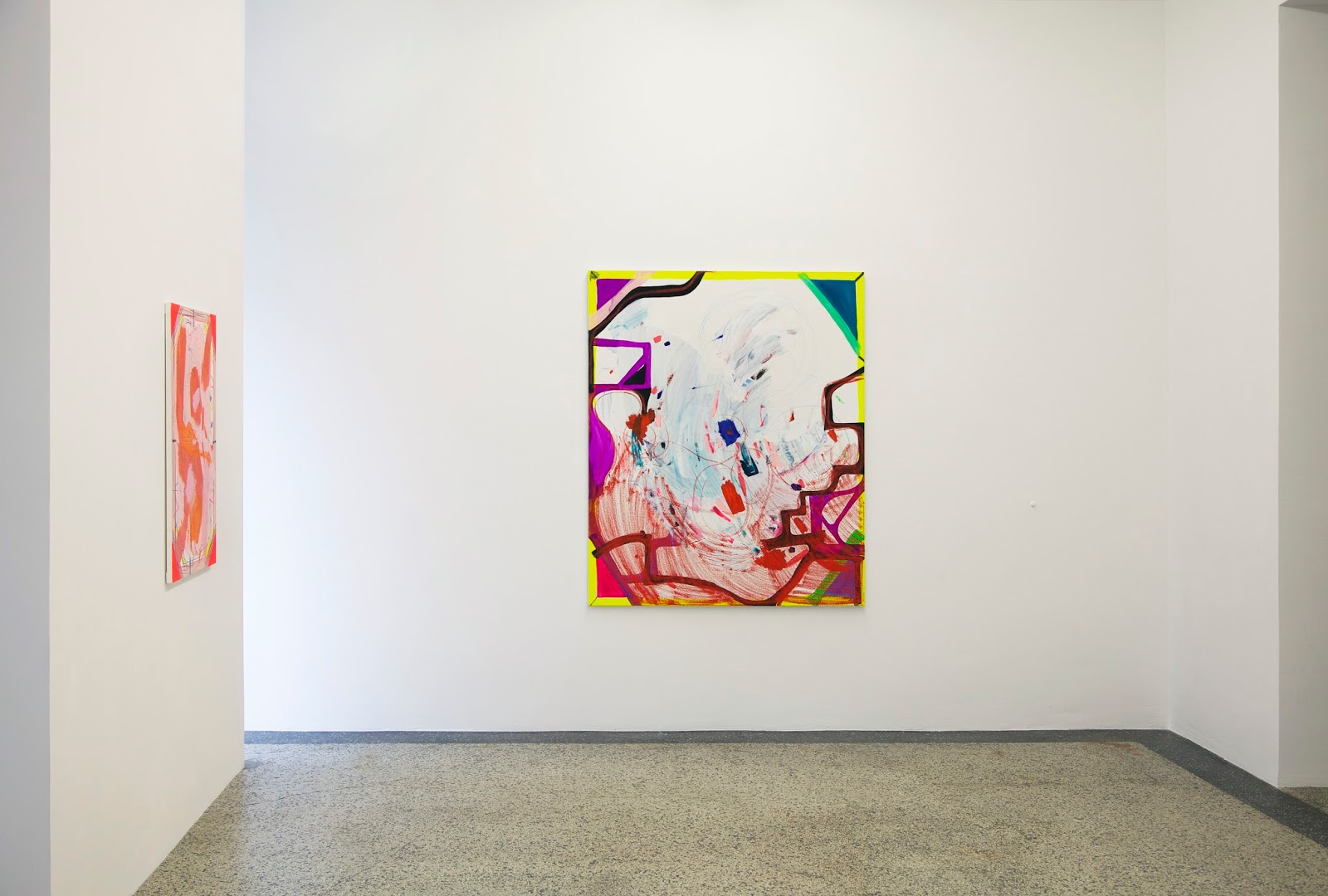 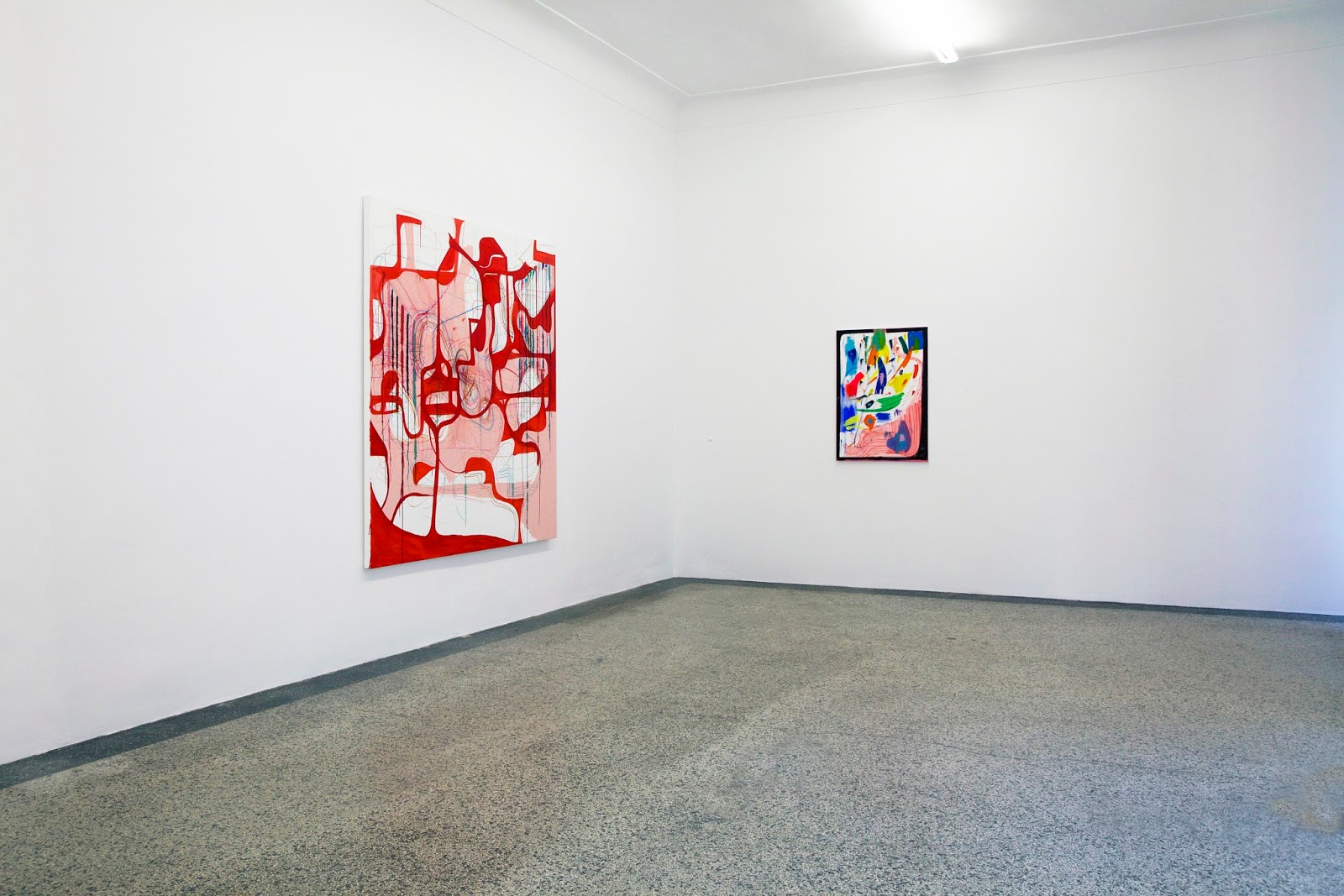 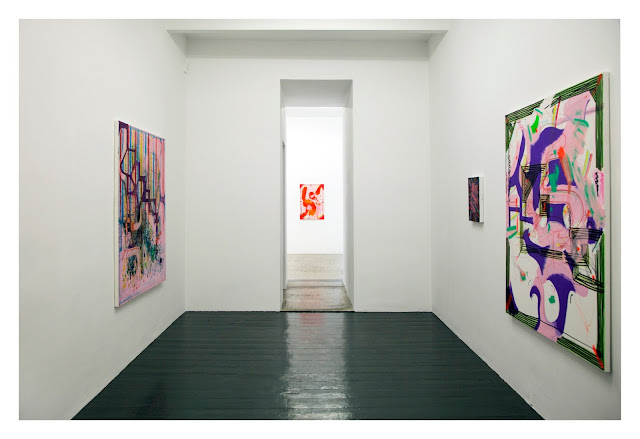 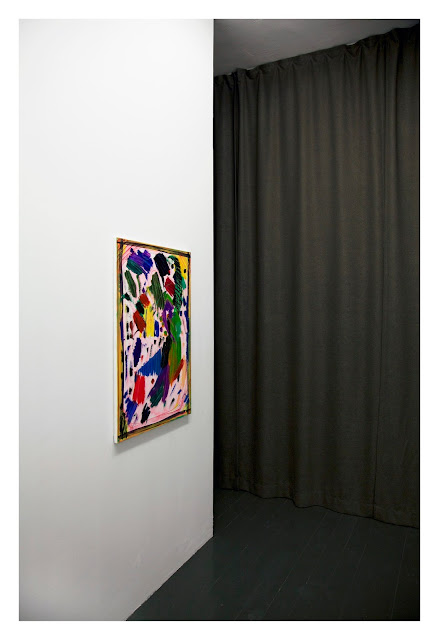 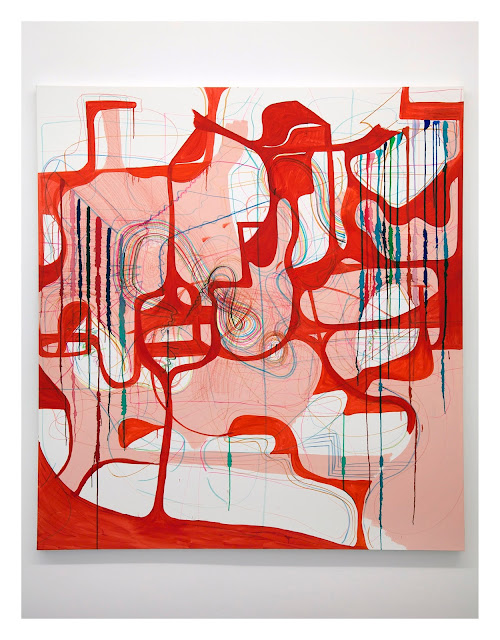 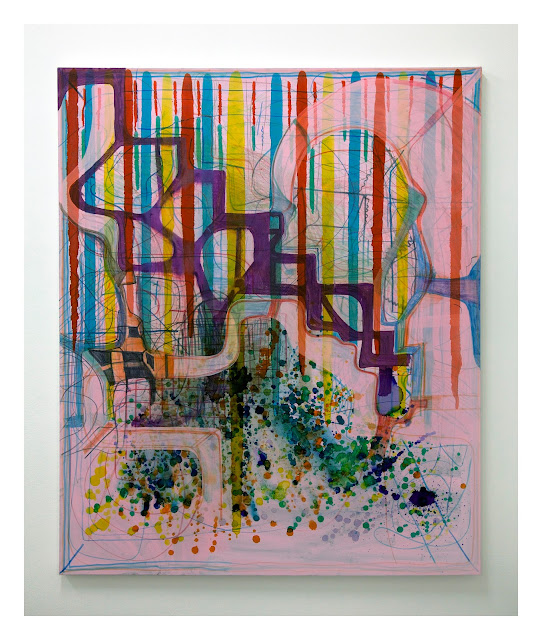 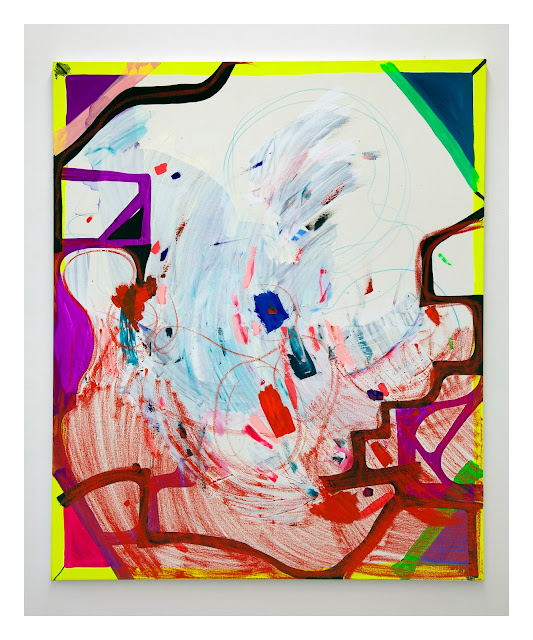 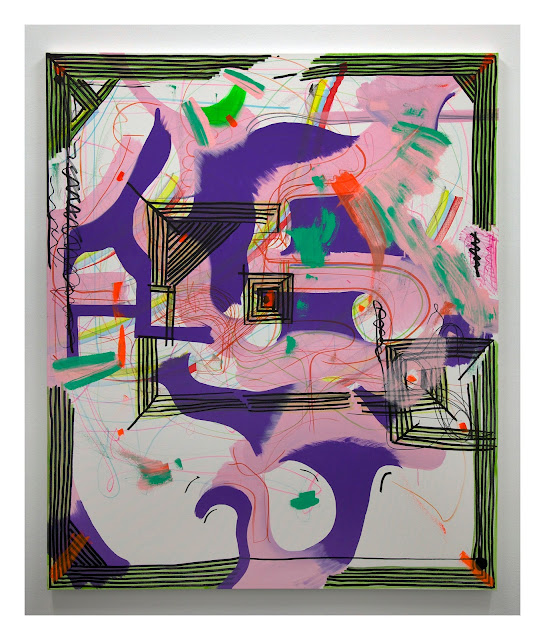 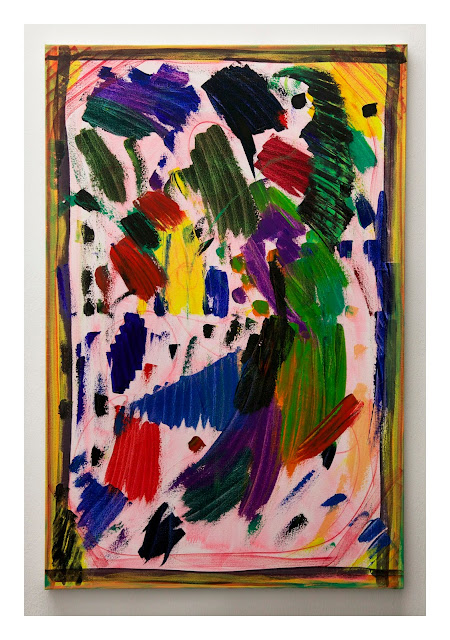 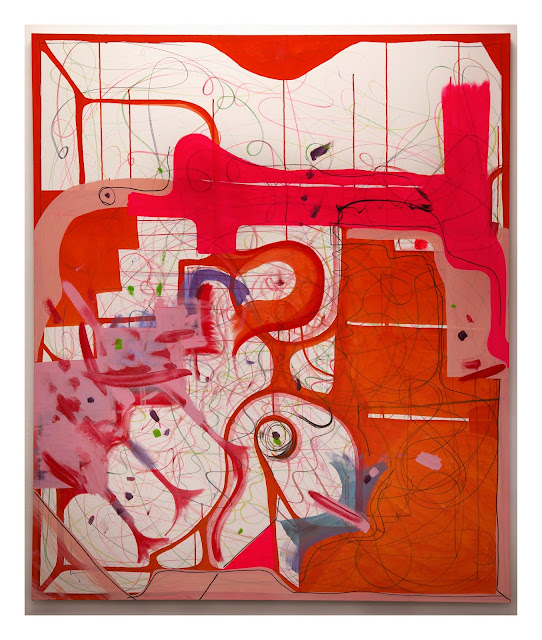 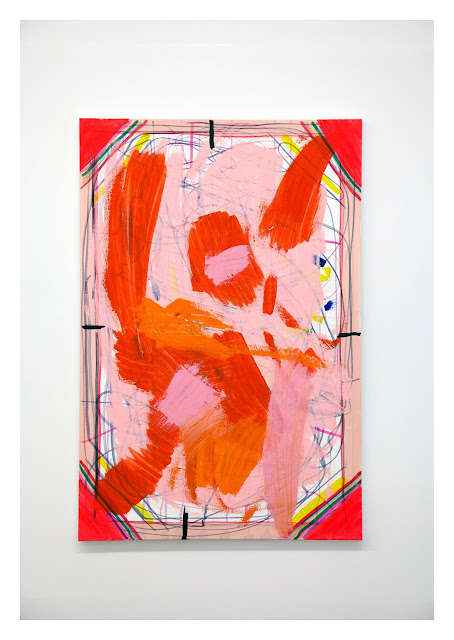 Joanne Greenbaum *1953 is considered as "mother" and role model of a younger generation of US-american abstract painters. The "organized chaos" or "chaotic organization" are merely a makeshift to describe the ambivalence in Joanne Greenbaum's work. In dazzling loud colors her compositions oscillate between geometrical forms and a processual, gestural brushstoke – a play between an apparent regularity of structure and the impulsive exploration of color. This tension in her work is supported by the use of a variety of techniques: from the vibrant and thin application of colored pencil to opaque acrylic and oil colors, as well as fluorescent markers. Due to the overlapping, layering and the pervasive fusion of form and color a complex visual cosmos of deeper dimensions arises and breaks with the two-dimensionality of the surface. Although Greenbaum is aware of the boundaries of the canvas and expresses them by painting colored corner elements, the canvas is just the frame of a wild and boundless imagery which defeats the image surface.
Nevertheless, Greenbaum's works are not rebellious. They are juggling playfully and imaginatively with their distinct color and form vocabulary and create complex correlations in her oeuvre through repetitive elements. In this artistic game, mistakes are allowed, because they are rather perceived as random unconscious gestures, which are perfectly precise because of their imperfection. In this context the partly nervous, graphical brushstroke is reminder of specific artistic strategies - such as the "écriture automatique" of the Surrealists - which bears the Spontaneous and the Unconscious.
Greenbaum’s Oeuvre contains also other elements which seem to be inspirated by Art Movements of the 20th century and are subtly integrated into her autonomous stance in painting. In addition to elements of Cubism, Abstract Expressionism and the adjacent Color Field Painting, there are reminiscences to Russian Constructivists. These art historical references are expanded by inspirations of everyday life: here, both Comic and Street Art can be a source of inspiration; as well as a note with telephone doodles.
As a result, Greenbaum’s paintings stand for an abstraction, which raises diagrammatic and ornamental associations, creates spaces, and extends abstract painting by diverse references – painting released from a claustrophobic state, as Greenbaum herself calls it.