"If you could only come back, even just for one night" 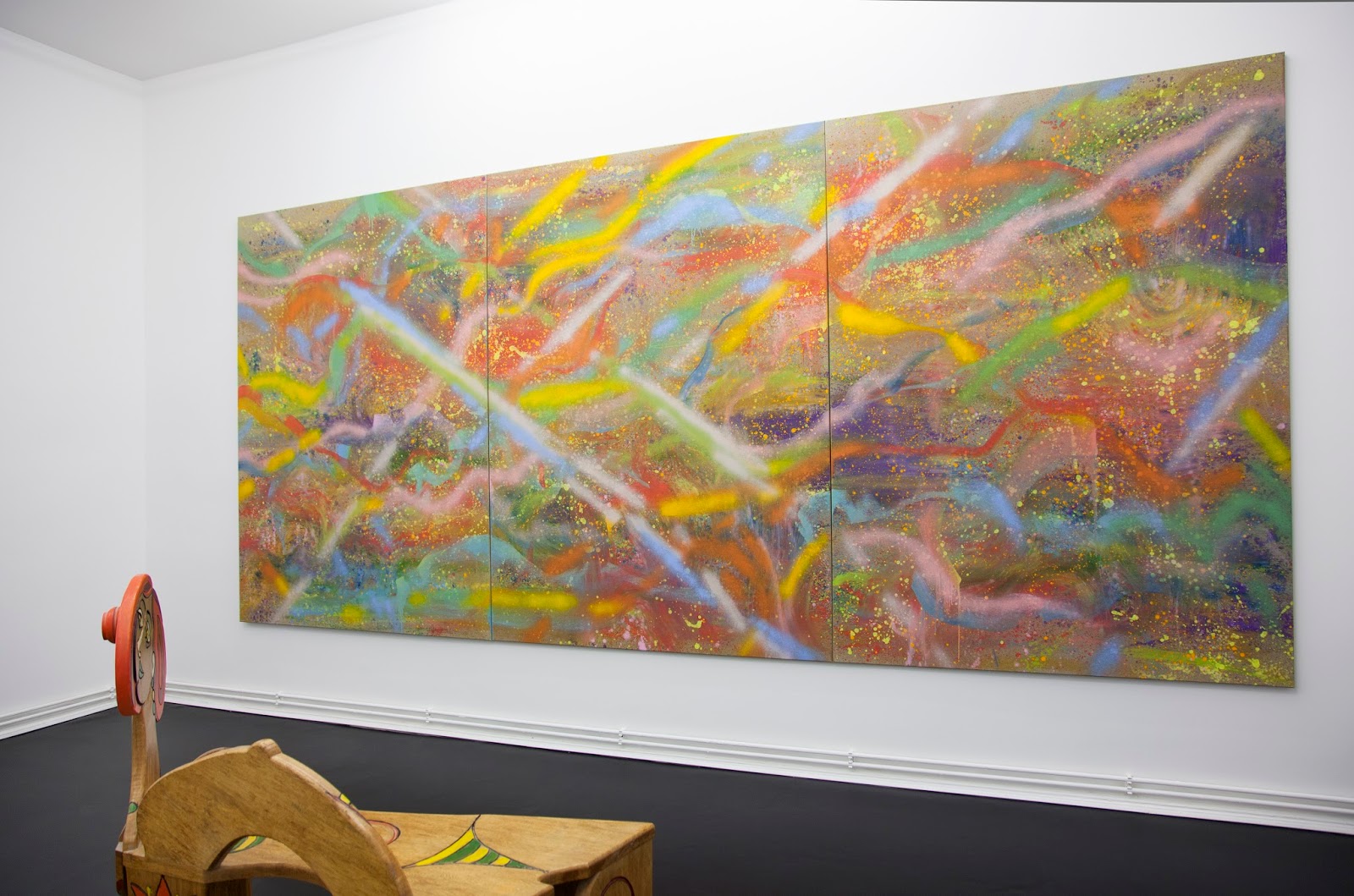 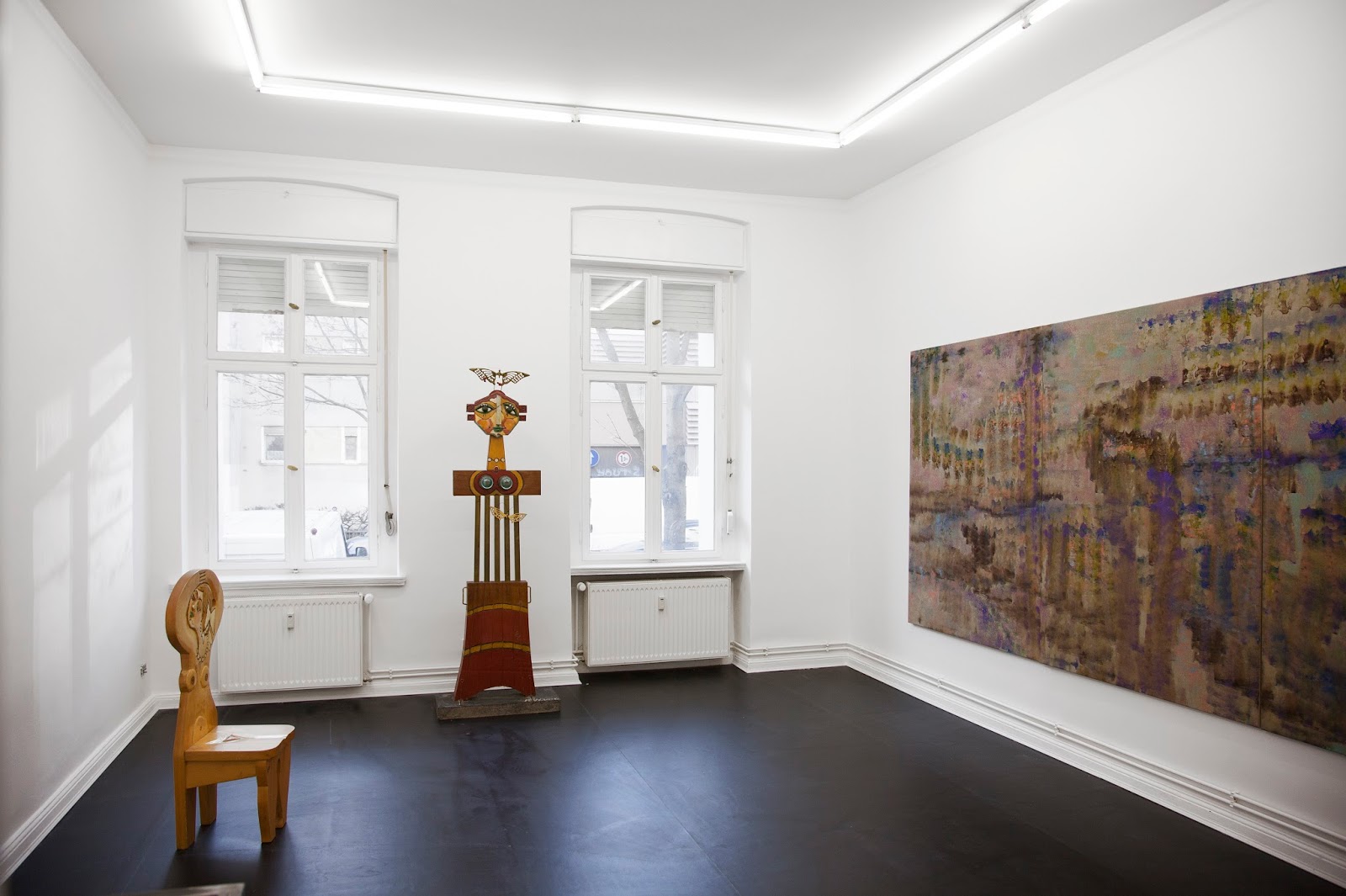 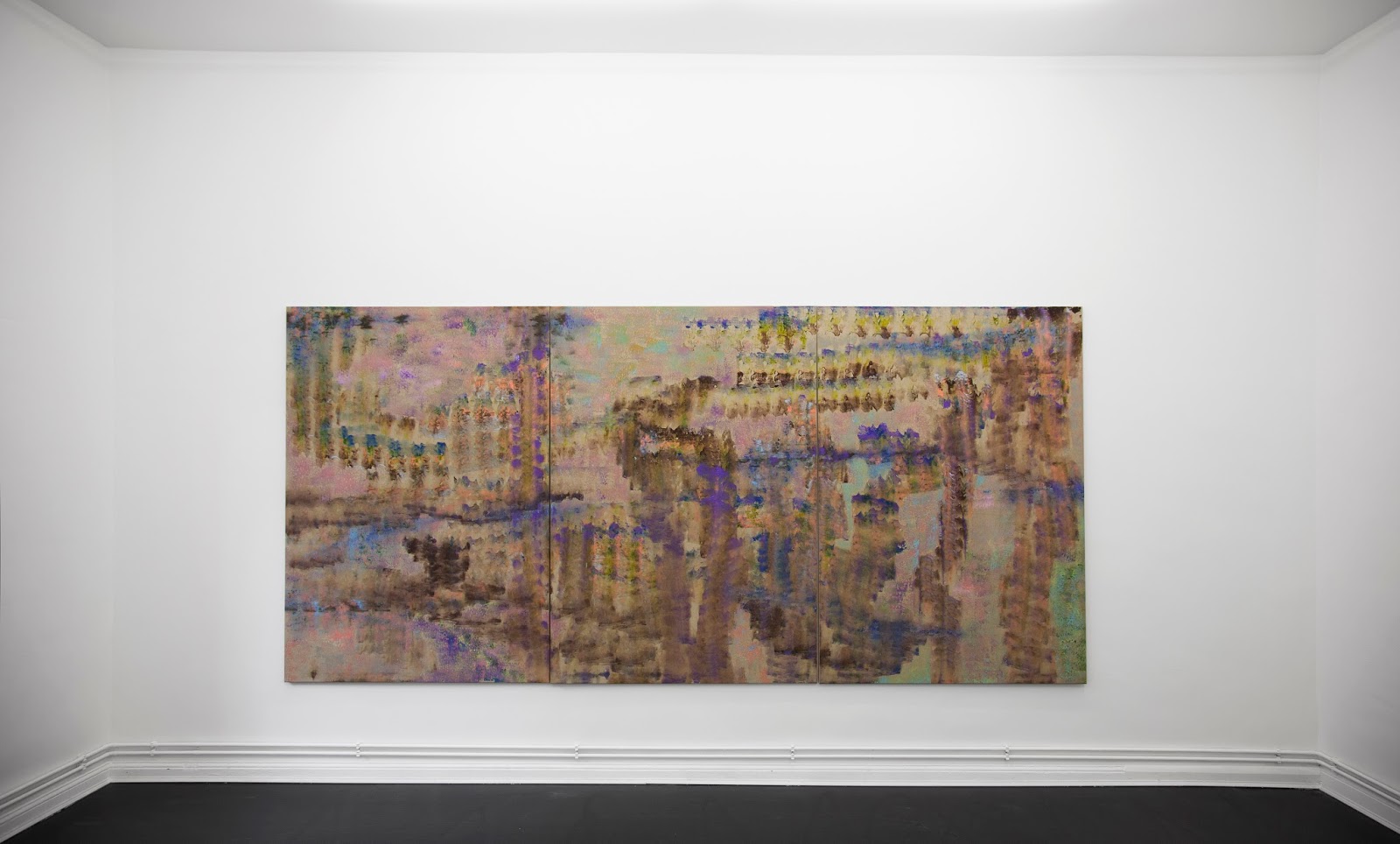 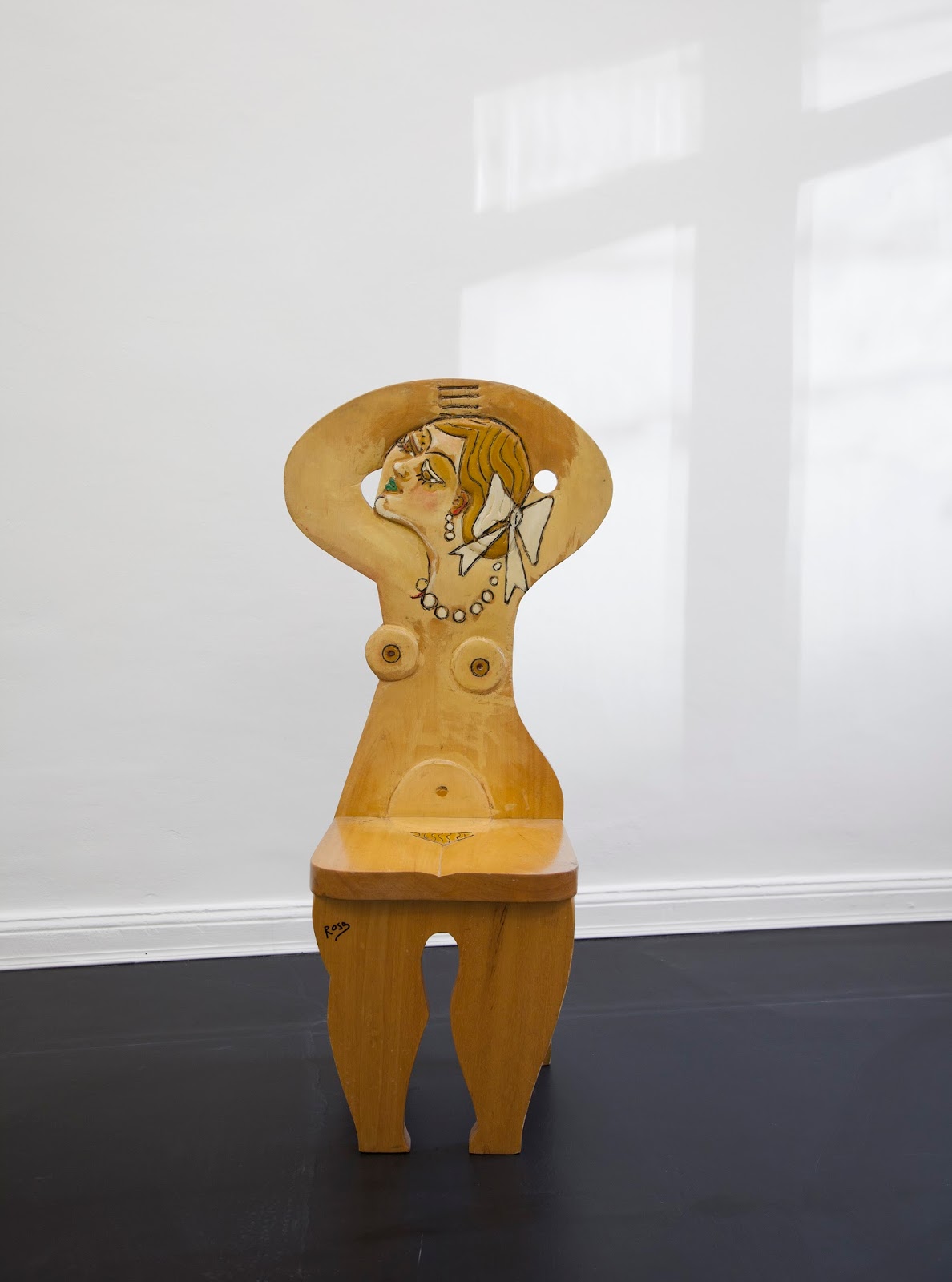 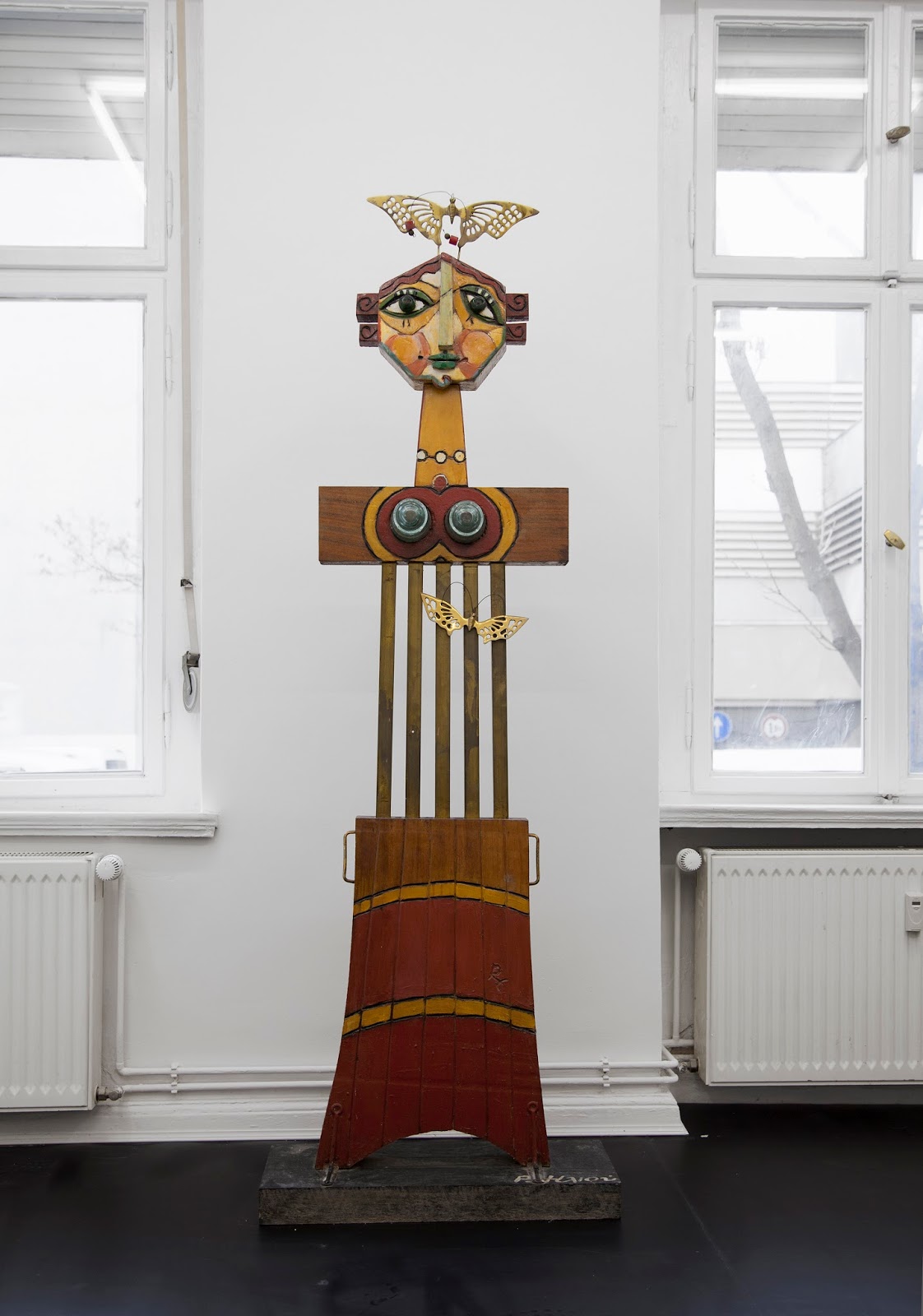 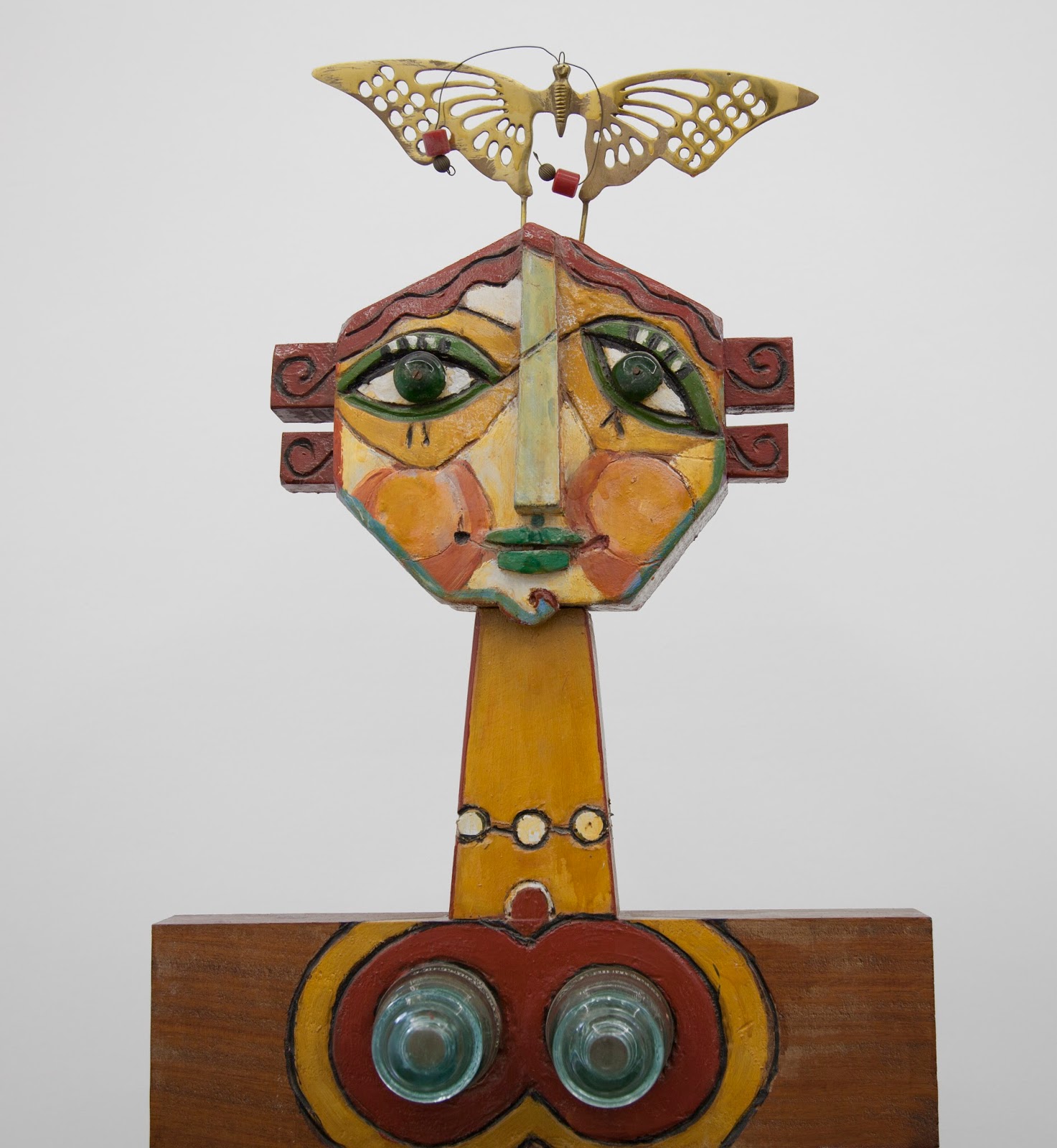 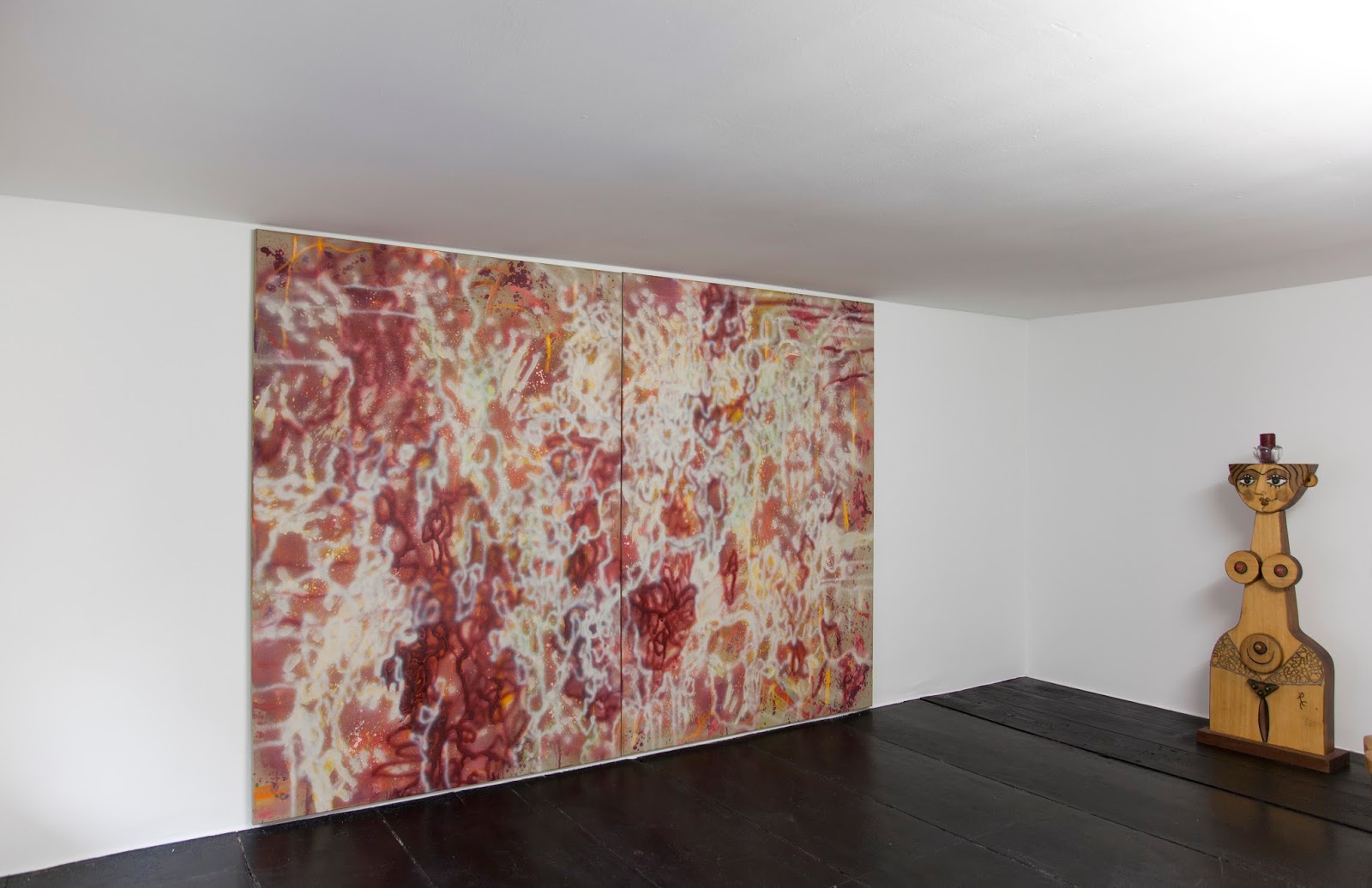 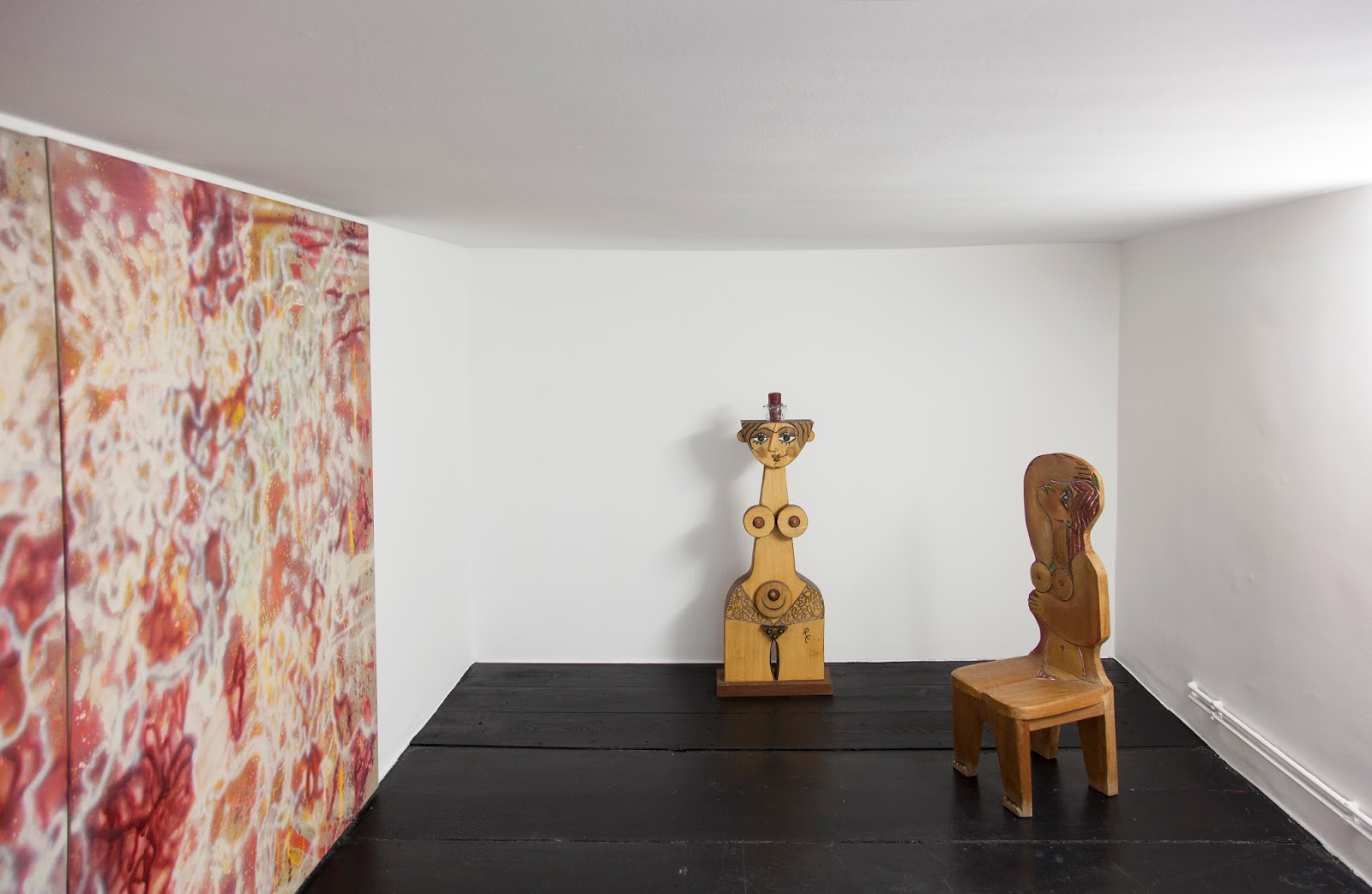 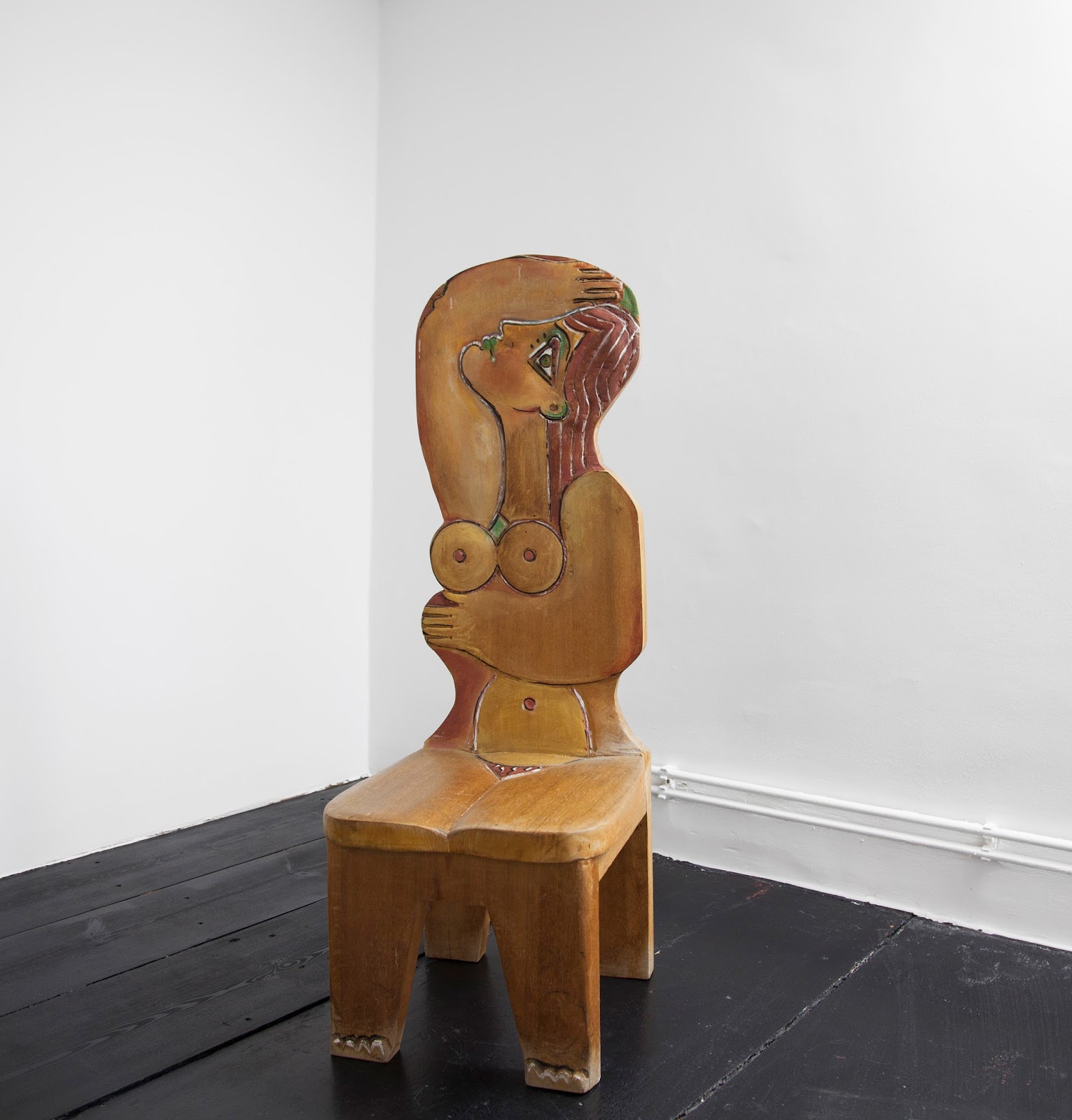 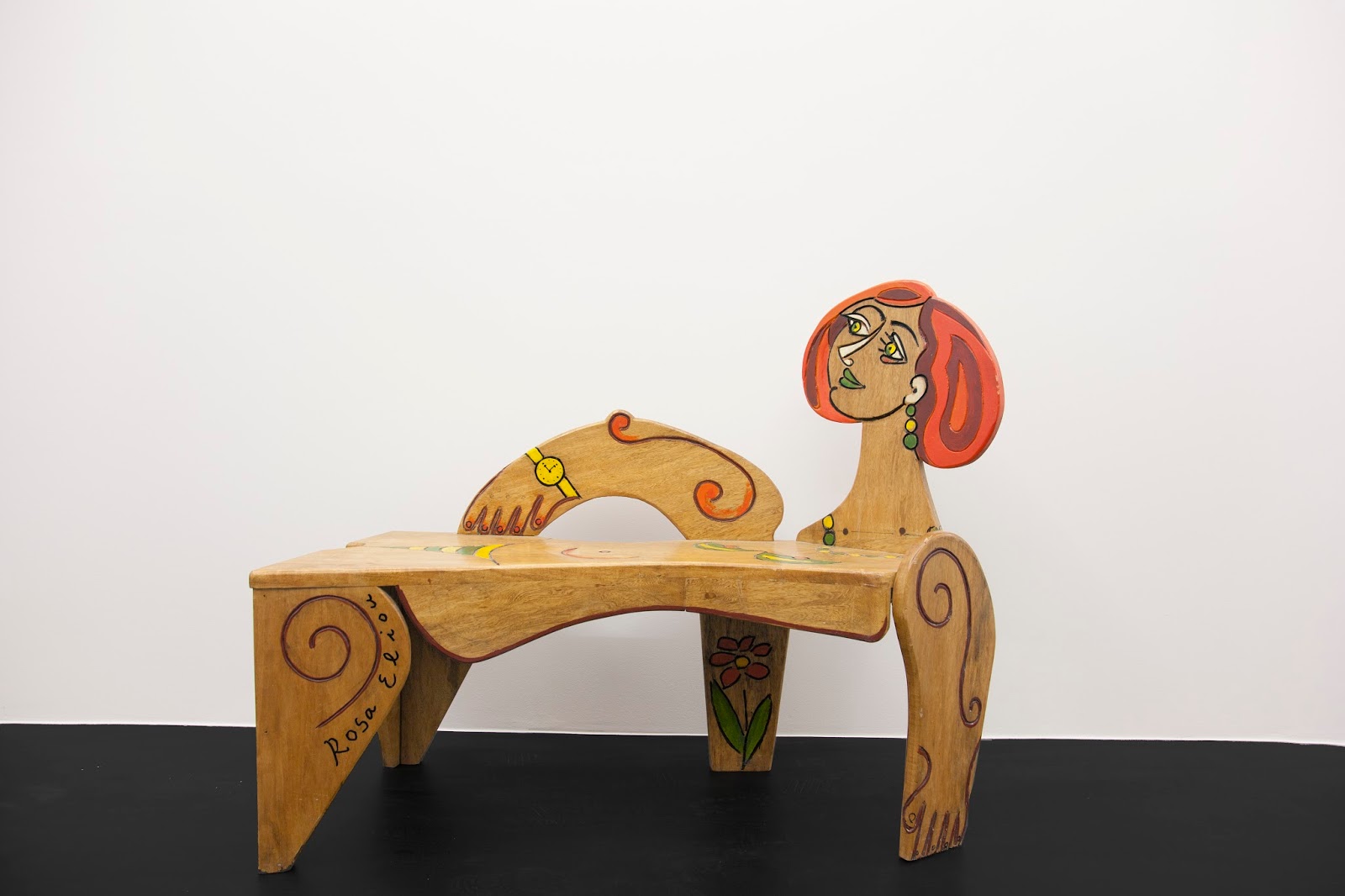 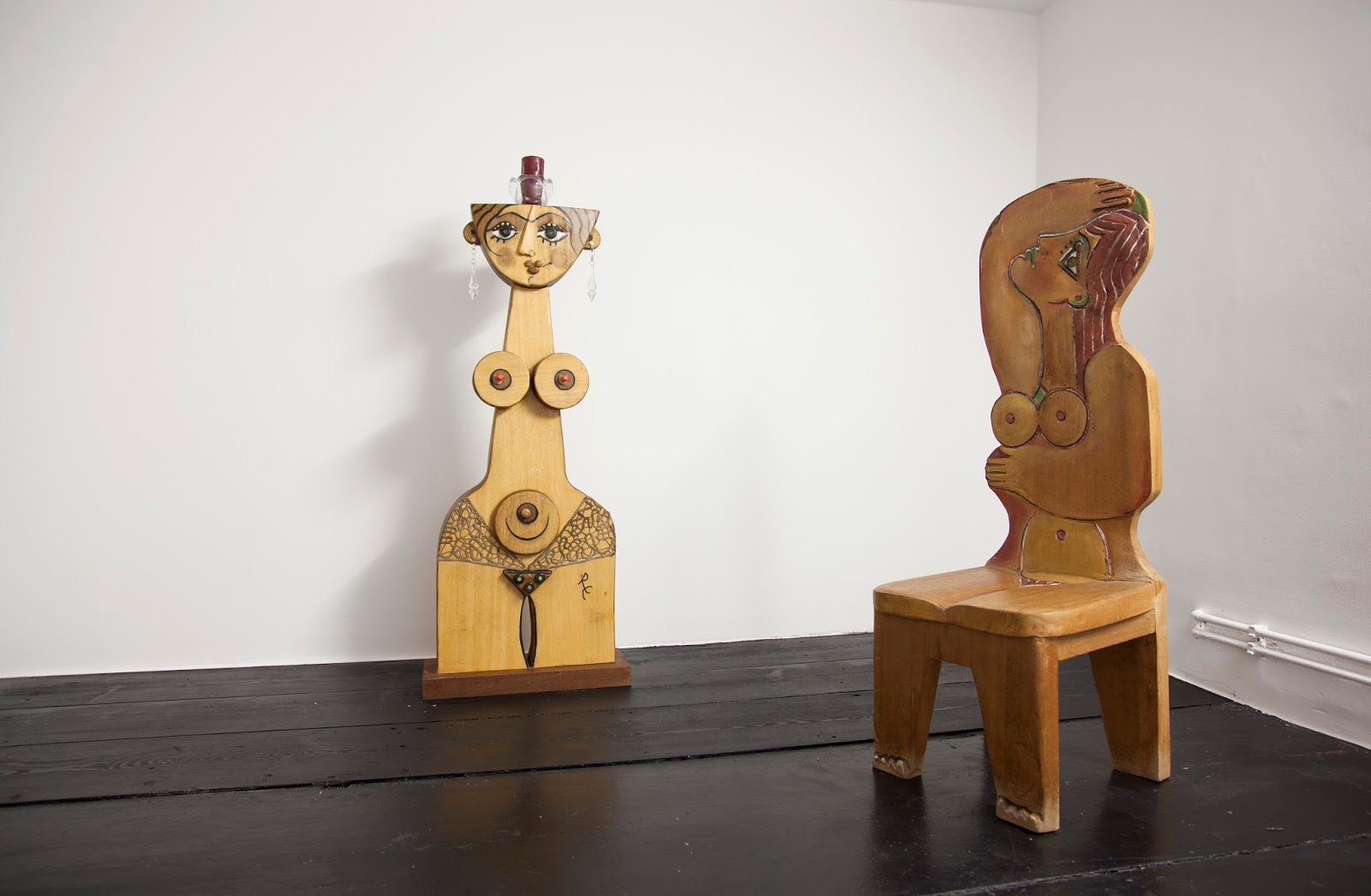 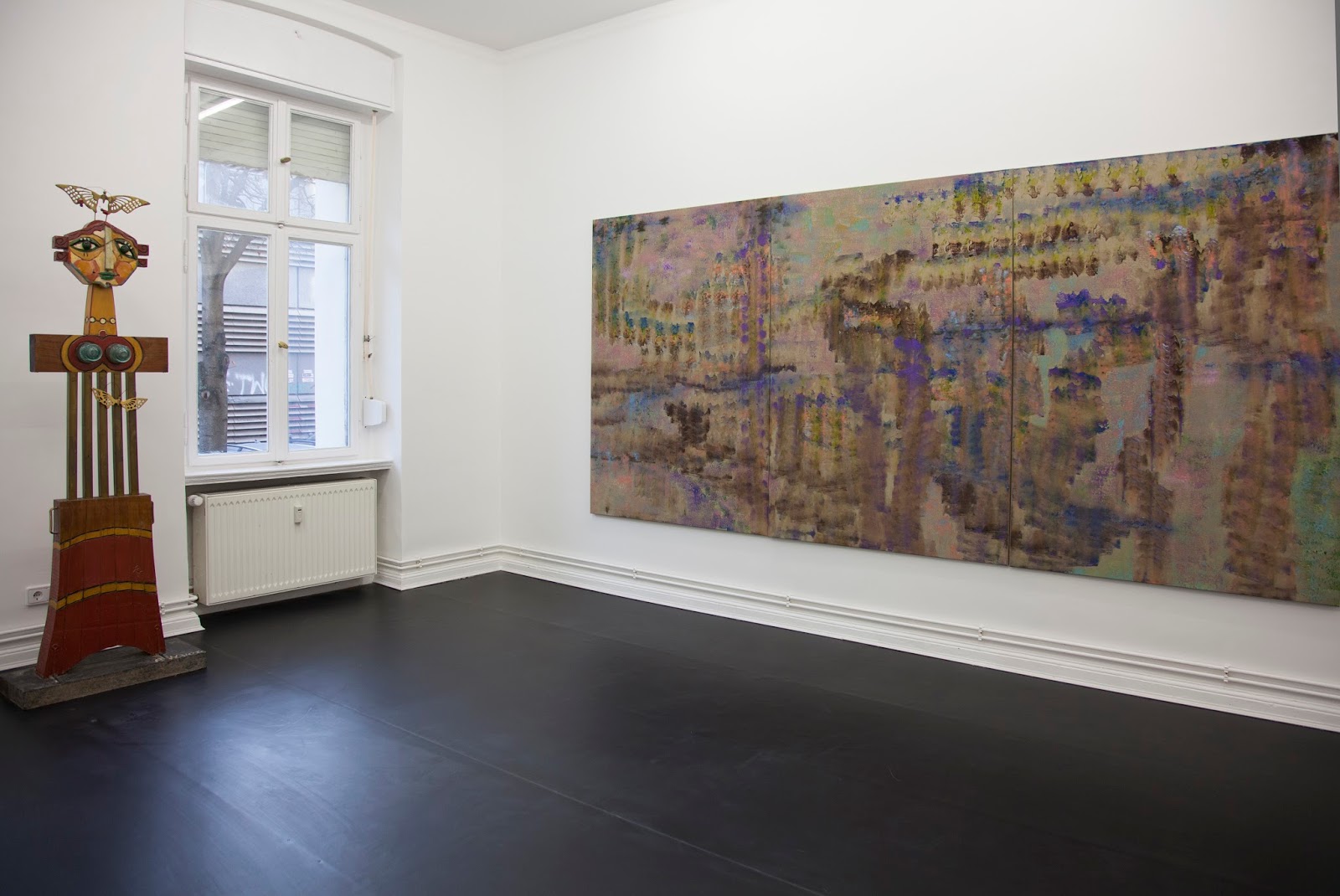 Images courtesy ChertLüdde and the artists

ChertLüdde is pleased to present the exhibition “If you could only come back, even just for one night” by Tyra Tingleff (Norway) and Rosa Iliou (Greece).
The show is comprised of two artist’s work coming from very contrasting backgrounds and divided by two generations. Despite their apparent disparity, these artists are connected through the latent physicality that they channel through their works.
On the occasion of this exhibition, Tingleff displays a new body of paintings composed of large scale canvases: Two triptychs and one diptych; while Iliou presents handmade furniture and two totems representing women which have never been exhibited before and produced between 1986 and 2000.
The title of the show is taken from a sentence written on one of Iliou’s work, dedicated to her deceased husband.
The show is accompanied by a text written by Kasia Fudakowski.
Tyra Tingleff & Rosa Iliou – If you could only come back, even just for one night
I insert a coin into the music making machine and select ‘The Seated Woman’, a song Nina Simone never sang as she sat stoically at her piano. I order a coffee at the bar and take a seat at an empty table, and enjoy how the grinding and steaming punctuates the longing in the lyrics. The naked trees outside barely move as the song comes to an end and the waitress brings me my order. I drink in silence, watching the bleak winter outside as the waitress watches me. It’s half past the hour when I get up again to select ‘Waiting is a Woman’s Game’, a song Amy Winehouse didn’t live long enough to sing. I share an ironic smile and a half shrug with the waitress as I take my seat again to roll another cigarette I won’t smoke until much later.
The waitress brings me a second coffee, and though I can feel my stomach clawing, I don’t dare eat. Not until later, I think. I check my wallet, but there is no more change. I pull out my phone and throw it onto the plastic table cloth. The silicone of the phone case on the PVC cloth means there’s no sliding, and the phone stutters across the chequered surface.  I wake it up with one tap and it’s shattered screen lights up, but returns to black sleep before I’ve ripped my gaze away from the grey day outside. I tap it again and there is no news. The silence in the café is getting thicker. The waitress takes pity and pushes the company coin through the slot.  Leonard Cohen’s ‘The Empty Chair’ slides glacially out. It was a song he never wrote, and suddenly I can’t sit here anymore.
In a 1960’s sketch by Pete and Dud, we zoom out from a close up to reveal the ladies of Cezanne’s ‘Les Grandes Baigneuse’. We watch a man dressed in a long trench coat and flat cap, with a lunch box tucked under his arm enter the gallery. Franz Hals’ ‘Laughing Cavalier’ looks on. The man peers around and notices his companion, another trench-coated, flat-capped man sitting on a Tête-à-Tête in front of a Rubens.
-I’ve been looking for you for the last half hour Pete. We said we’d meet in front of the Flemish masters!
-No we didn’t Dud, when I last saw you, you were in the Pissarro, weren’t you? I said I’ll go outside the Abstracts, through the El Greco, up the Van Eyck and I’d see you in front of the bloody Rubens!
-No, no, I said I was going to go round the Velazquez, through the Abstracts, up the Impressionists and then meet you in front of the Flemish Masters. Ah well, it don’t matter anyway, here have a sandwich, my feet are killing me.
-…What’s that got to do with the sandwich?!
We watch them sit, mirrored in the S-shape of the Tête-à-Tête, munching through their home-made preconceptions until their talk returns to ‘Les Grandes Baigneuse’. While the quality of the ‘Mona Lisa’ or the ‘Laughing Cavalier’ is clear, (their eyes follow you round the room), how should one be able to tell if ‘Les Grande Baigneuse’ is a good painting? Presumably then it’s if the bottoms follow you round the room. The first man gets up and slowly walks in front of the painting to put this theory to the test, while the other remains seated.
-Are they following you Dud?
-I think they’re following me Pete.
-I don’t think they are Dud.
-I think they are Pete.
-No, no, those bottoms aren’t following you round the room Dud, your eyes are following the bottoms round the room.
-Same thing isn’t it?
– Course it isn’t. There’s a good deal of difference between being followed by a bottom, and you following a bottom!
-Well you come here, then you’ll see what I mean.
Pete gets up leaving the S-chair empty.
-I don’t see anything at all, just a load of bottoms looking extremely stationary to me.
-Well you go that way, and I’ll go this way and you see if your bottoms move the same as mine.
-Well won’t it be a bit difficult for the bottoms, if we go in different directions?
-They’ll divide up amongst themselves…see, mine are moving Pete.
-Mine aren’t, my bottoms haven’t moved Dud.
-Mine are going berserk!
-Oh there goes one of yours! It’s rushing around the room Dud!
-Oh don’t be daft Pete.
-Alright see you in the Dutch masters.