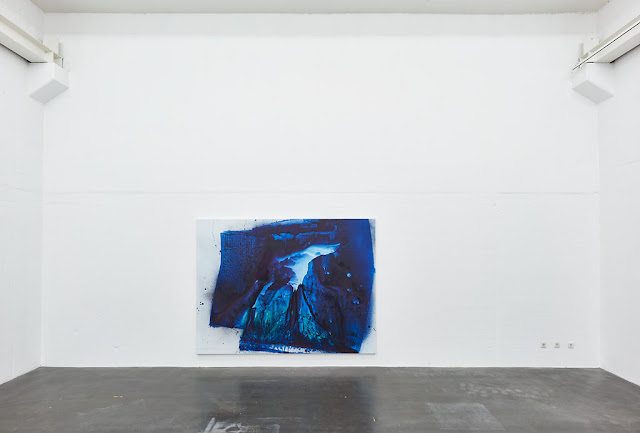 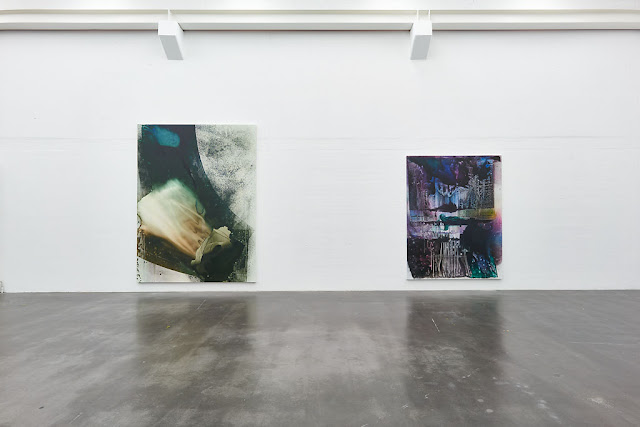 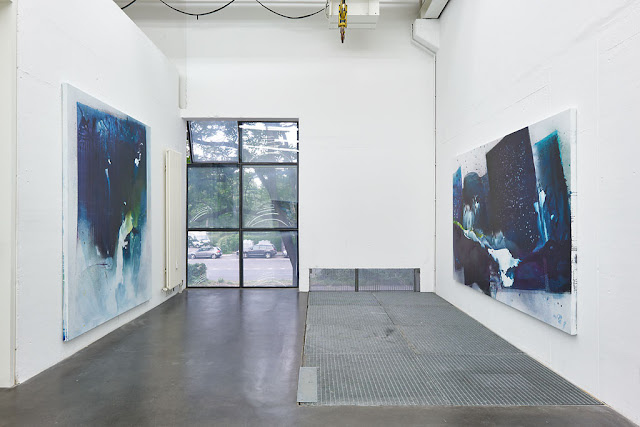 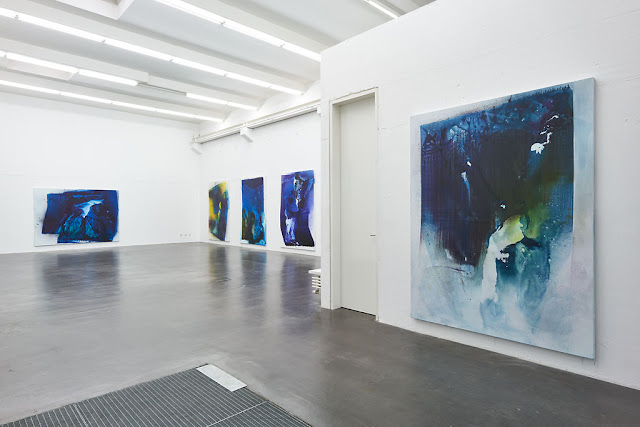 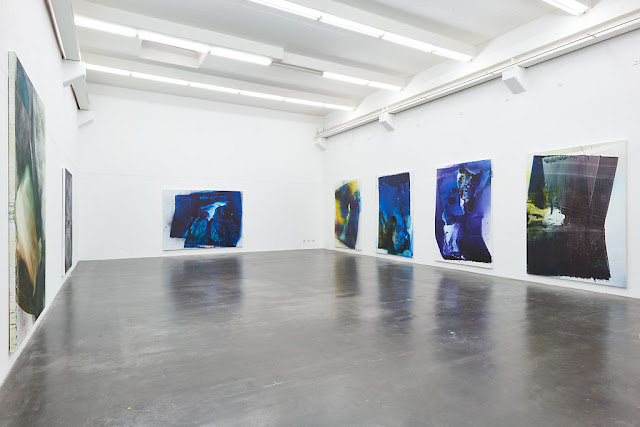 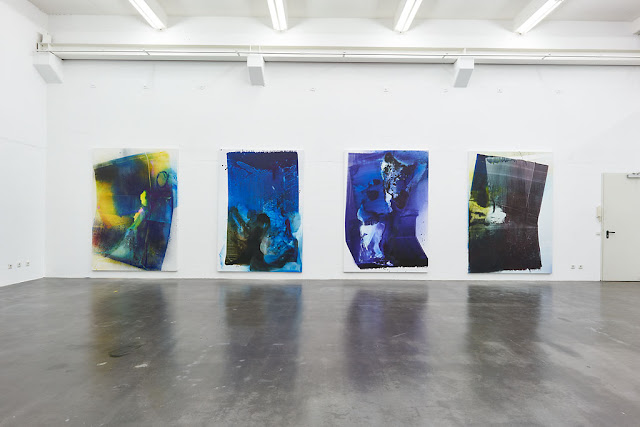 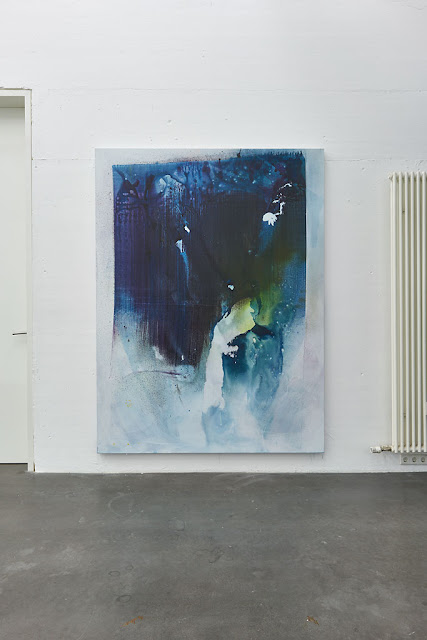 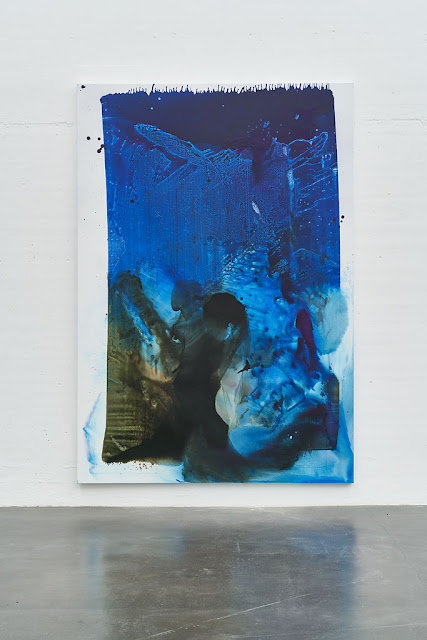 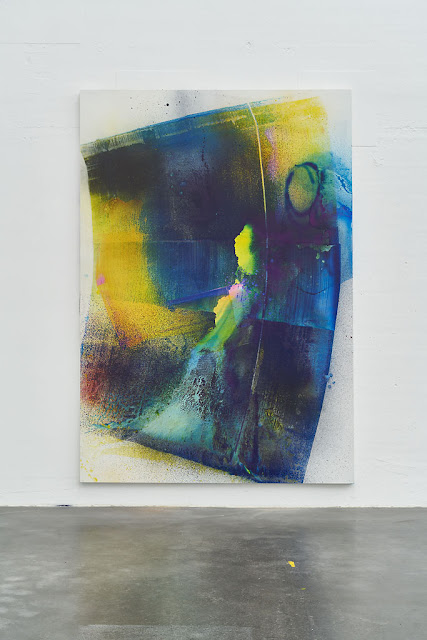 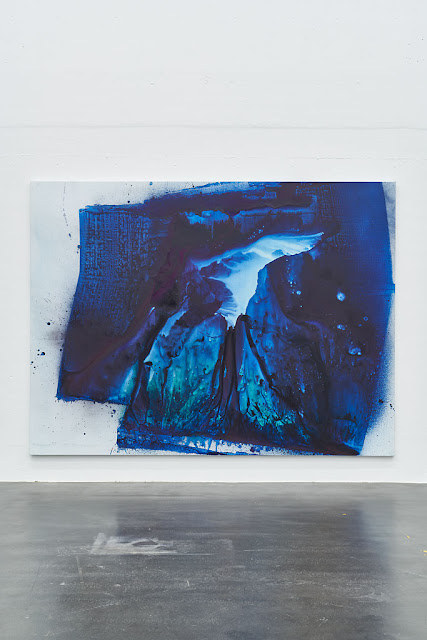 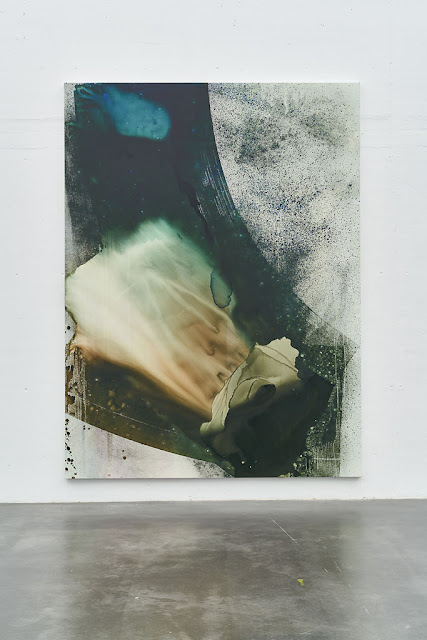 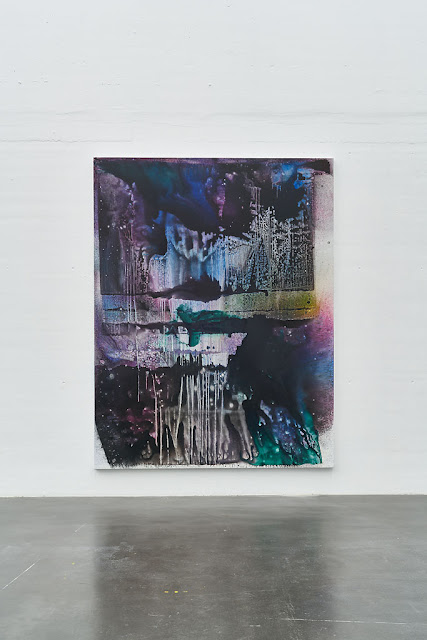 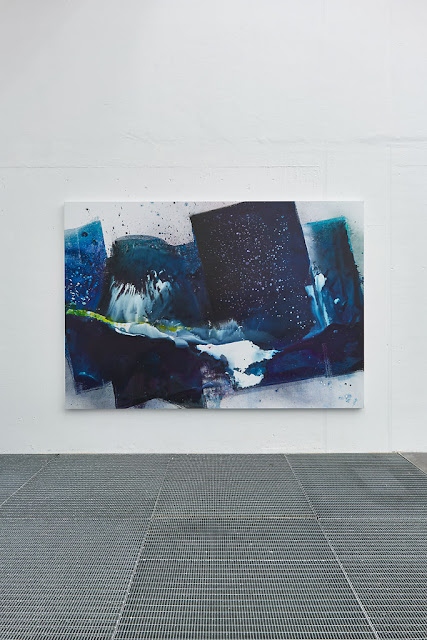 “I do not want to answer painterly questions with No…”
Good painting was and will always be better than its concept. I do not wish to whine about the good old days, but no contemporary painter is advised anymore to create paintings without a strong theoretical superstructure regarding his own work. This is a pity because painting – when it’s really good – is, of course, always better than its concept. Good painting can be recognized by good painting, just like you know a good painting when you see it. “A rose is a rose is a rose” also applies to “painting”.
A picture is – logically – more than an idea. A painting is a balancing act between doing and thinking, between the act of painting and the act of seeing, and between painting something or letting it be. Max Frintrop’s work is determined by the act of painting itself, as well as by his many years of thinking about and refining what one can paint (and actually wants to paint). It’s about trusting his intuition when it comes to the search for what he “cares” about and what he views as relevant. To work on and investigate this consistently, making headway through the act of painting itself – this is what characterizes Max Frintrop, as well as his painting.
In principle, it seems reasonable that you should paint what you cannot say – other- wise it would make more sense to just say it. To paint what you think would be the next step. The pinnacle, finally, is the ability to paint what you cannot even think. Painting as a physical and visible continuation of the “unthought-of” seems to me to be a logical answer to the demand for a universally valid concept of painting in general. The “unthought-of” in Max Frintrop’s works lies in his predisposition to see the act of painting itself as a form of thinking. You cannot expect more than this; painting cannot deliver more than this.
This is the true goal of good painting: The discovery of a hitherto unpainted picture; a coherent, iconic, memorable, ambiguous, indescribable picture; a picture, to which no text can do any justice; a picture that ineluctably catches your eye. A picture that asserts itself all on its own and stands out from the masses; a picture that has its own inherent dimensions and radiates a sense of its own autonomy. All this may sound Herculean – but that doesn’t matter, since it happens with Max Frintrop.
Frintrop is in fact quite athletic when it comes to painting: As should be expected, the artist “wrestles” with his picture; he says himself that he fights to get it off his chest. The purest painting requires the purest claim; Max Frintrop searches for color, searches for a composition, so that each work has its own personality (a great line of his is: “Each work should have its own personality and be borne out of its own personality.”). His works are preceded by hundreds of sketches; the picture has to be “precise” in its at times meagre paucity.
“Beauty is at least good, and can even be super. I am always suspicious of superficial coolness. Sometimes I find it extremely entertaining, but most of the time this is not the case.” The final work then emerges out of the “right moment”.
At which point we once again come to painting as another way of thinking. Frintrop’s standards demand a kind of thinking in complex and abstract emotions, oscillating in fields of tension between intuitive pictorial solutions and the process of painting itself, and not letting himself be distracted by clearly outlined ideas and concepts. In his view, painting is part of an archaic tradition: “It’s an attempt, similar to that of Sisyphus, to delve even deeper into the world of ideas in search of something akin to pure intellect. An ostensibly hopeless task, to which many contemporary artists react with elegant resignation. Today, painterly questions are often answered with no. I try to do the opposite. I am not a know-it-all or cynical painter, who reacts to the aesthetics of the commonplace or who practices a beauty of non-painting. I do not want to answer painterly questions with no; I am in search of the yes. For me, the free use of colors is the most affirmative approach available to painting. It always strives to combine numerous elements of depth with each other and allows them to overlap.” The compositions with broad brushstrokes are a shadow of graphic and constructive elements, which emerge out of his earlier works and leave their marks in his current paintings. The pictorial background has just as much depth as the color effect of the brushstrokes. “I rarely want to achieve something that merely lies flat on the picture plane. Brown and olive tones often have no sense of depth, and this is why I rarely use them. But yes, various color spaces can emerge especially through their interaction with each other, and the change in their effect is very interesting. In the way in which I paint this, however, and how I try to read my paintings myself, I am simply an Abstract Expressionist. It’s about expression and the gesture. And this should ultimately lead to a good picture. One, which you enjoy looking at for its own sake, which has an effect on you, and does not stand for anything else, has no message or whatever.”
What emerges out of this attitude is a closed cosmos of painterly apparitions, the form of which is variable, but is always held together by the artist’s approach to painting. I cannot help but say: It is Max Frintrop’s attitude that gives his pictures coherency.
Dr. Alexander Klar (Director of Museum Wiesbaden), 2016
Tags Friends, Lazy exhibitions
Newer Post Older Post Home