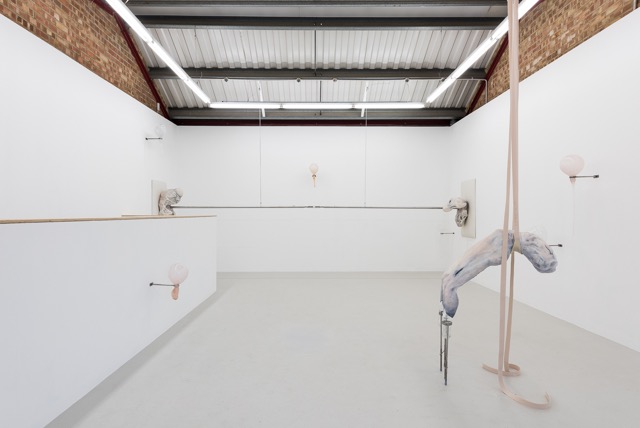 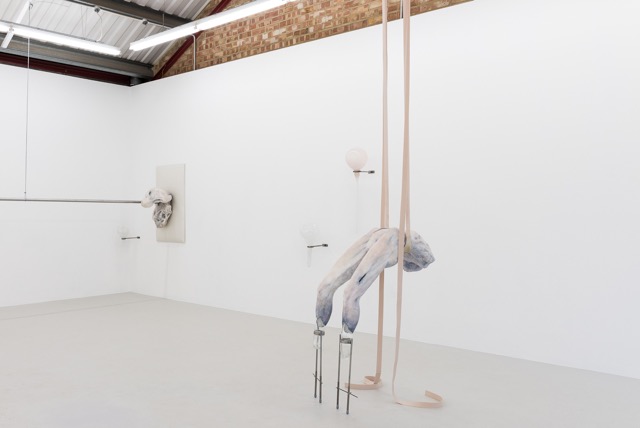 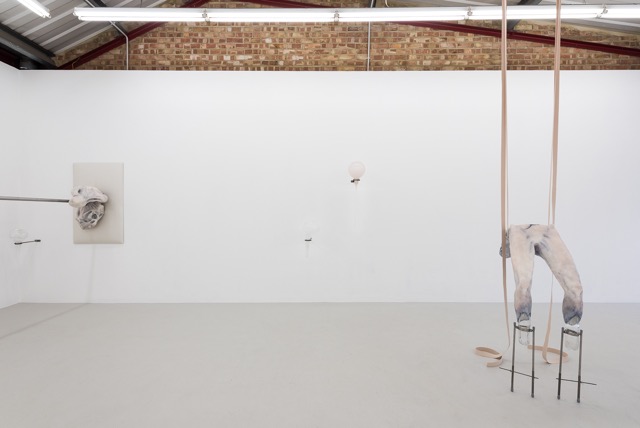 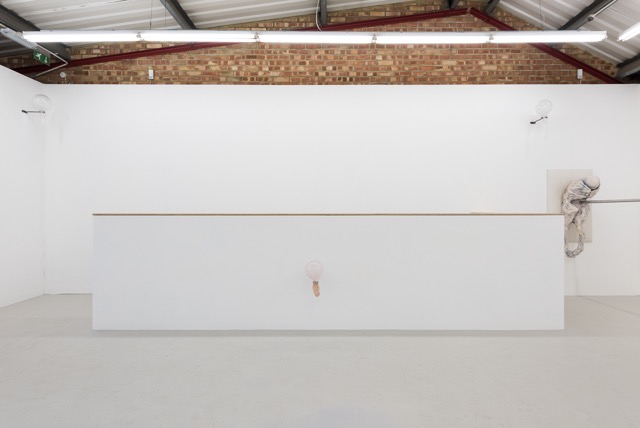 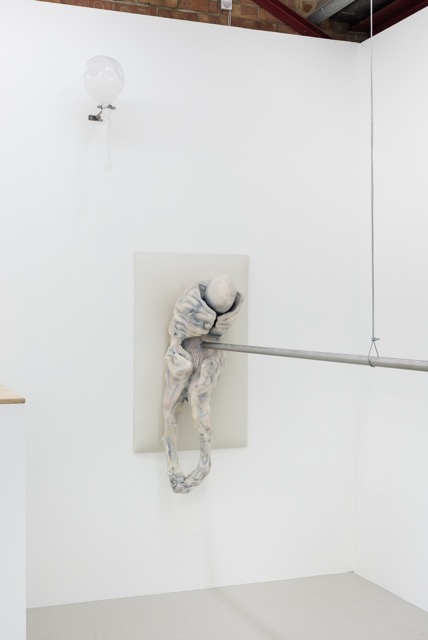 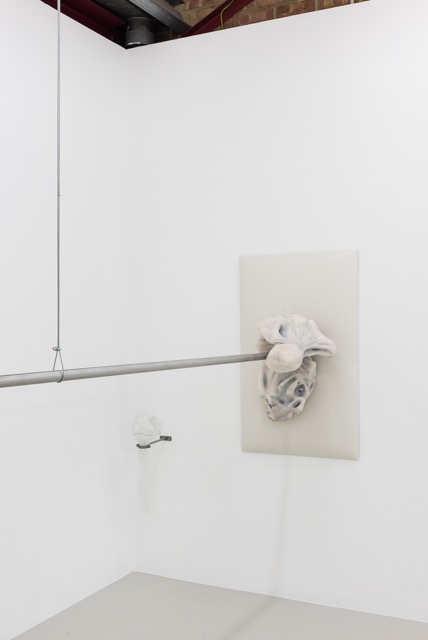 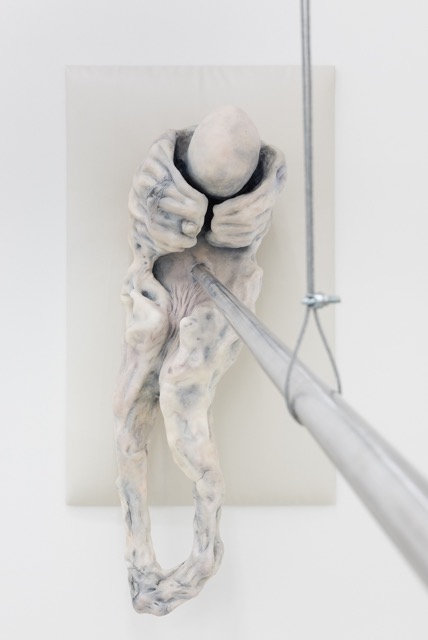 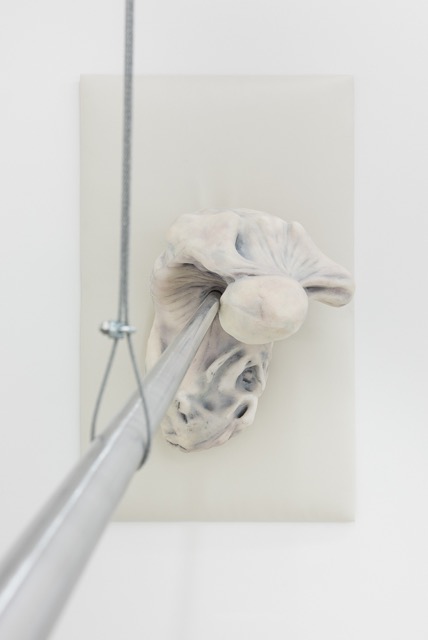 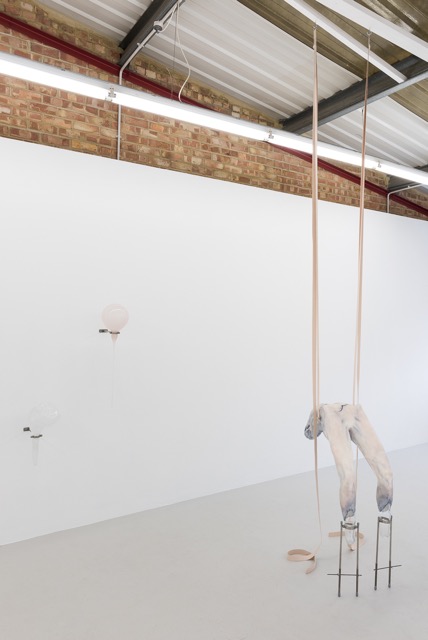 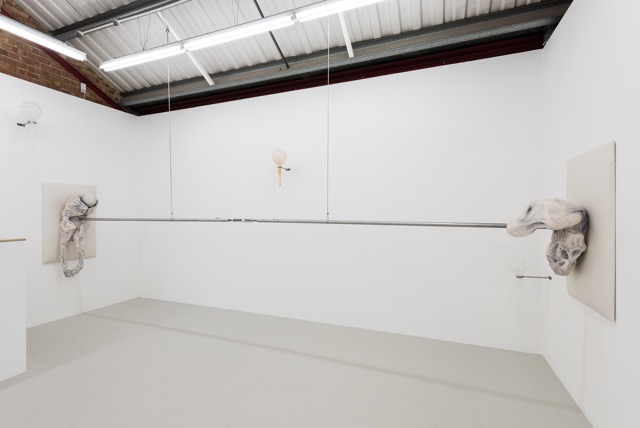 Annka Kultys Gallery is pleased to announce the first solo exhibition in the UK of New York-based artist, Ivana Basic. For her exhibition Throat wanders down the blade.. Basic features a new body of sculptural work and an accompanying book with original drawings and writings.
In Throat wanders down the blade.. Basic methodically constructs Bridle, the character that embodies the tension of both the fundamental fragility of life as well as the violent force behind its suffocation.
Throughout the exhibition and book, the character of Bridle is constituted on multiple levels. With Basic’s signature alien corporeality at the fore of her wax sculptures, Bridle gains physicality as she inhabits multiple pieces in the show, moving from one form to the other, the glass air vessels suspended on the walls show progression of Bridles breath, and lastly the written work that follows the exhibition, represents Bridle’s voice.
Bridle, is most precisely disseminated in Basic’s central sculpture in the show. The piece spans the width of the exhibition space with entities joisted against opposite walls by a long metal rod that pierces each at its core. In this way both forms are at once wounded yet simultaneously tenderly bonded and  joined.  It is this same, turgid dichotomy found therein, that also characterizes Bridle’s internal tension as both pieces represent reflections of each other and of her being.
As one wanders through its uncanny interior, forms cushioned with wall padding and glass-blown baubles affixed to the walls like guiding sconces, one senses more and more the character of Bridle and the binary environment from which she is born. If in the written piece we can hear her voice, it is in this exhibition that we not only see glimpses of her ever-shifting and inverting physical form, but also feel her breath upon our face as it is trapped and released again and again from within the crumpled glass vessels on the walls. Her hair wisps past us as we turn to take in another sculpture, and ultimately trace her footsteps through her strange yet all too familiar journey.
Text by Courtney Malick