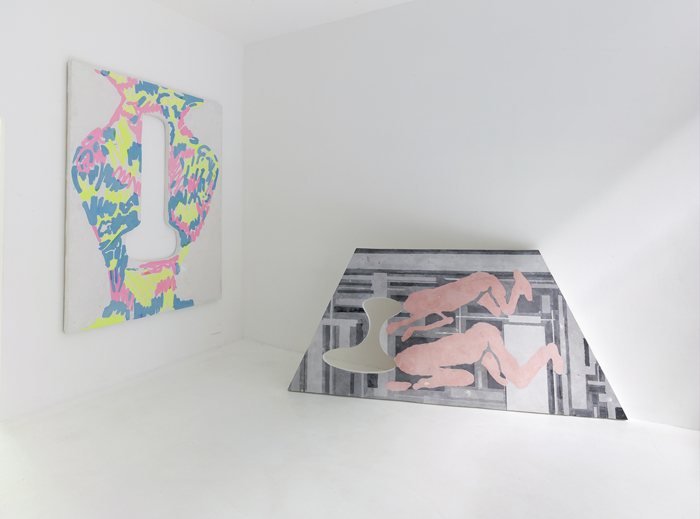 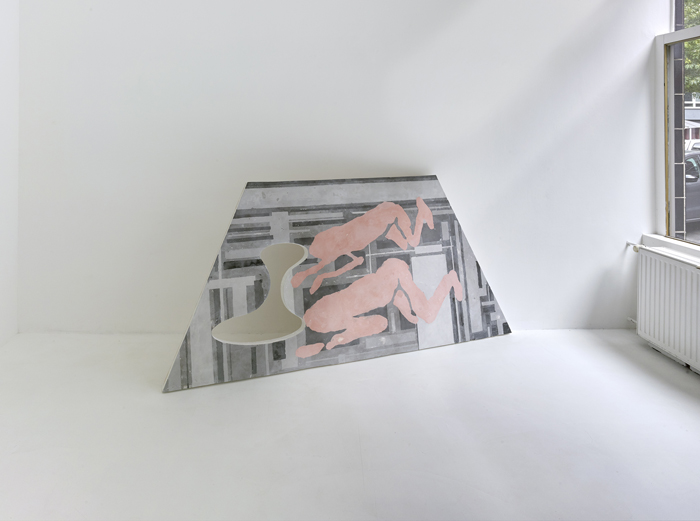 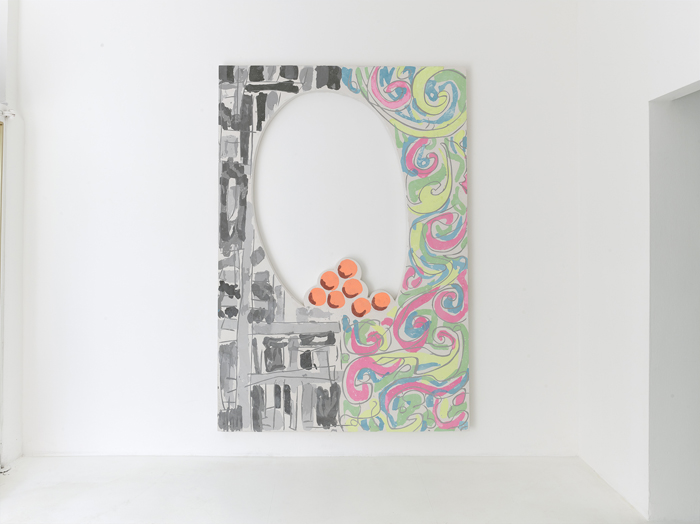 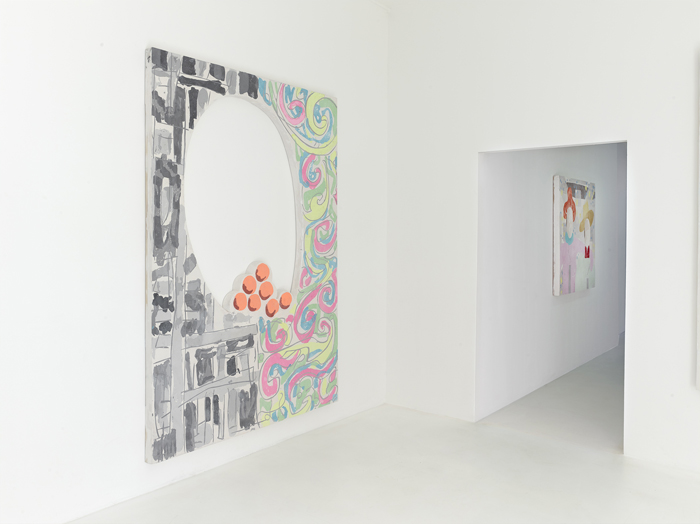 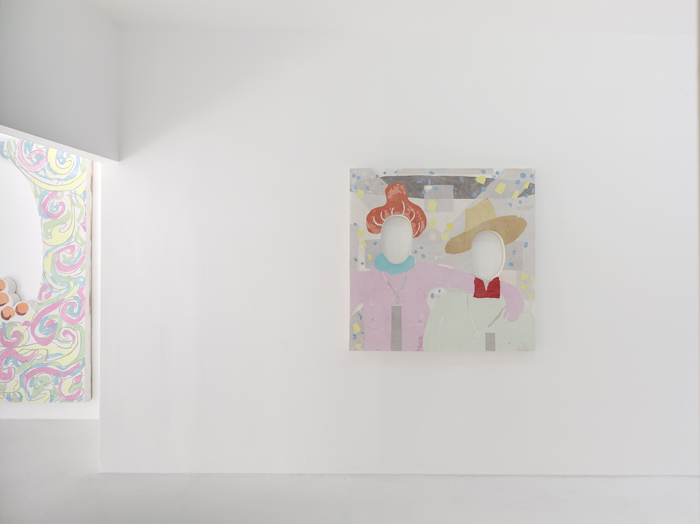 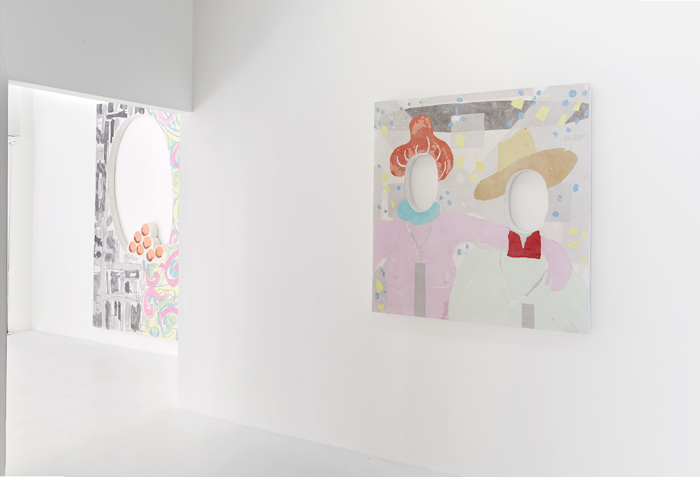 Natalia Hug is pleased to present the new body of work by Dusseldorf-based artist Carolin Eidner. The exhibition marks Eidner’s second solo exhibition with the gallery.

On view are four works with plaster (gypsum). By blending the pigment and plaster with water and thereafter intensely sanding it down to the point when the desired colored form emerges, Eidner’s work acts as painting and sculpture at once. Each work has a void – a carefully crafted empty hole, creating a field of energy and offering an interpretive meaning.

The idea of Singularity is the term widely used in physics (singularity at the centre of a black hole, beginnings of the universe), mathematics (term of endless potential), and philosophical fields (Singularitarianism, for example). However for Eidner, the term means something much more open. Not to be associated with a narrow territory, the artist does not consider herself as a Singularitarian but as a free thinker. Eidner’s believes that Singularity is in fact an endlessly open borderless potential finally appearing on the human horizon. Opposite to our standard understanding of the cultural evolution (i.e. historical, chronological, referential), singularity here embraces all human experience which now exists in a non-linear dimension - a region of space where the density of knowledge - emotional, intellectual and physical - becomes infinite and concepts of space and time cease to have meaning; in her terms it is the beginning of a “dynamic paradise”.

The artistic practice of Carolin Eidner is one born of a desire to use forms as forms in-and-of-themselves rather than for that which that they represent to us culturally. Symbology is abandoned in favor of an open and associative possibility of images and forms. The empty voids in each of the four works on display can be interpreted as infinite space transcending the physical surface of the paintings, or as abstract forms in and of themselves part of the pictorial plane. Water is used as the vehicle for the pigment to merge with the wet plaster, and with the evaporation of the water, the plaster sets making the image an integral part of the “stone”.

Physical appearance on the one hand, the conceptual aspect on the other, and how the two inform each other are Eidner’s great concerns. These new works have a conceptual and lyrical turn, a language written anew and one that does not rely on a pre-established cultural narrative to generate meaning.