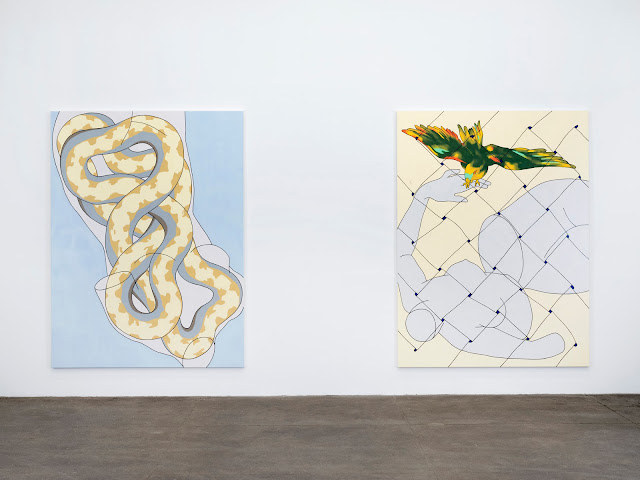 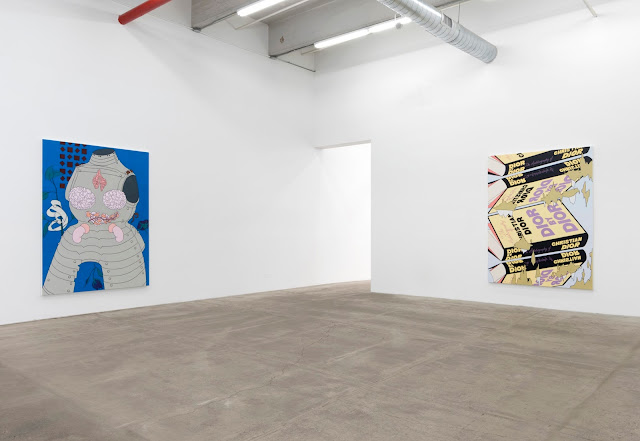 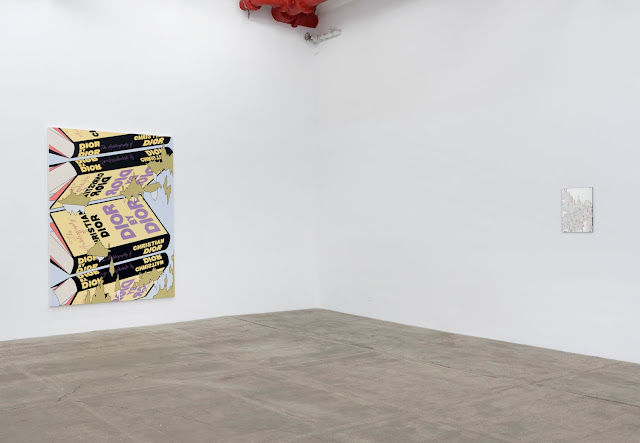 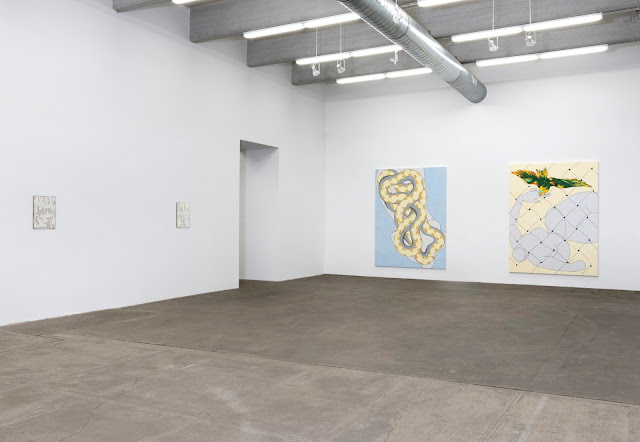 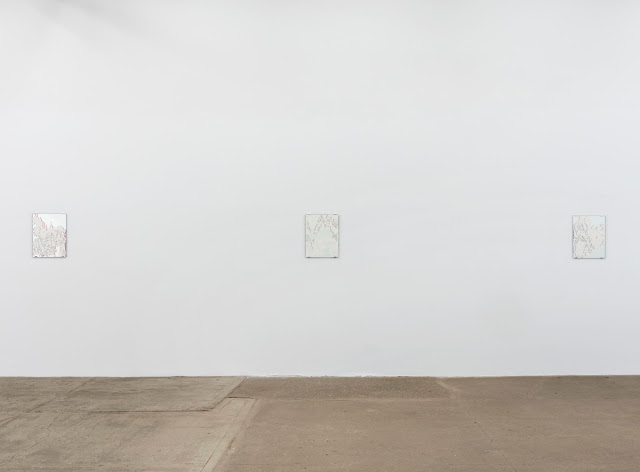 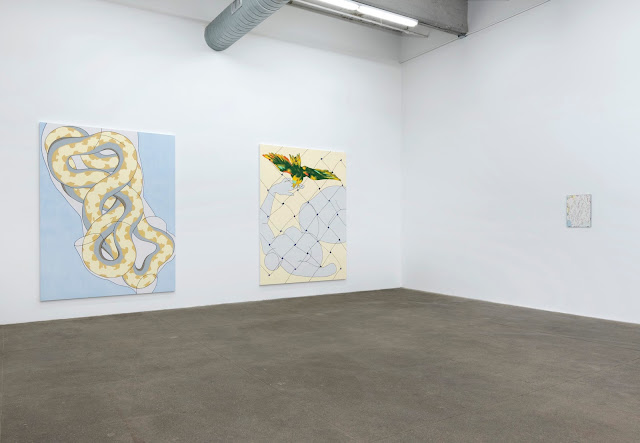 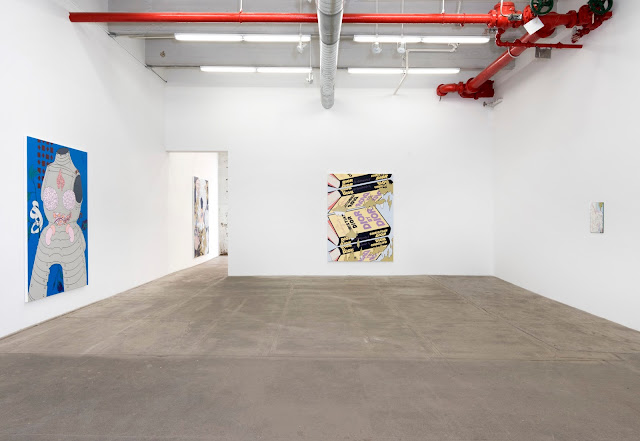 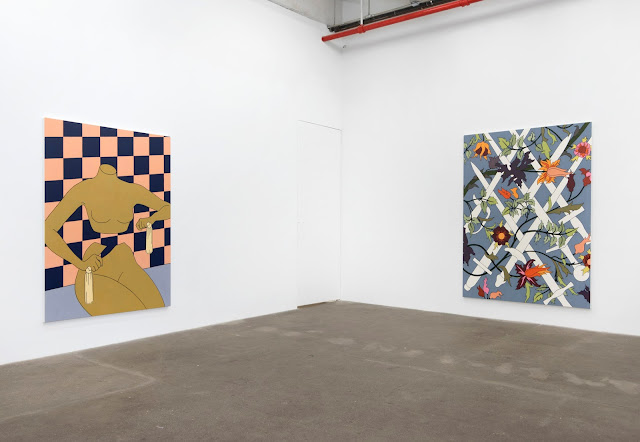 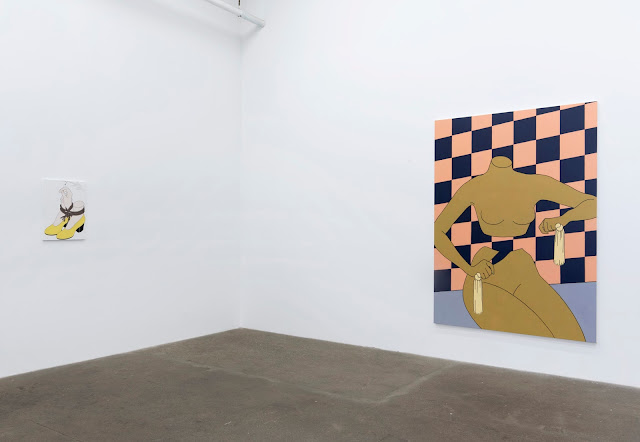 Images courtesy the artist and Bortolami

Bortolami is pleased to announce Loose Ankles, Caitlin Keogh’s first exhibition at the gallery. In her new paintings and drawings she depicts, dissects, and disseminates the performative construction of self. Keogh illustrates broken bodies as they move through historical motifs and compositions, posing questions about the stability of an artistic subject and notions of an expressive self. She ties the questions together in the plainspoken dialect of a sign-painter, using a generally tasteful color palette, incorporating feminine yet sinister subjects. The seven large paintings in the show engage in metaphors of the body’s interior as a site of processing and producing. The site of the figure is idealized through Keogh’s various references while it repeatedly falls apart. In Renaissance Painting, she implies figuration without an explicitly human form by pairing an empty suit of armor adorned with female hormonal glands, placing the body’s physical interior on a manufactured exterior. Redundantly self-asserting, Dior by Dior, The Autobiography of Christian Dior, repeats and tumbles downward as the flat painting surface appears illustratively torn. Her depiction of this autobiography is an ironic ploy—while she plays to the viewer’s instinctive search for the artist’s self in the work yet renders the image in a flat, impersonal style. Elsewhere in the show, drawings of text from the same book drift aimlessly from their legible structure and take on the form of ancient papyrus fragments. Four small paintings depict Keogh’s own hands, possibly in the studio, the boudoir, or a surreal space of association. In Painting and Listening, in which the artist’s hand holds a brush touching the surface of an illusionary canvas, the explanatory title describes the act of mark-making as a receptive gesture rather than an expulsive one. Keogh posits that painting could describe an unraveling or tangling of a fixed self, gender, body, or historical paradigm instead of confirming one. The work connects to the feminine idea of the construction of self and uses the performance of gender as an allegory for personal feelings about art history and painting.