Terrace of the University of Zurich
Künstlergasse 12
8010 Zurich 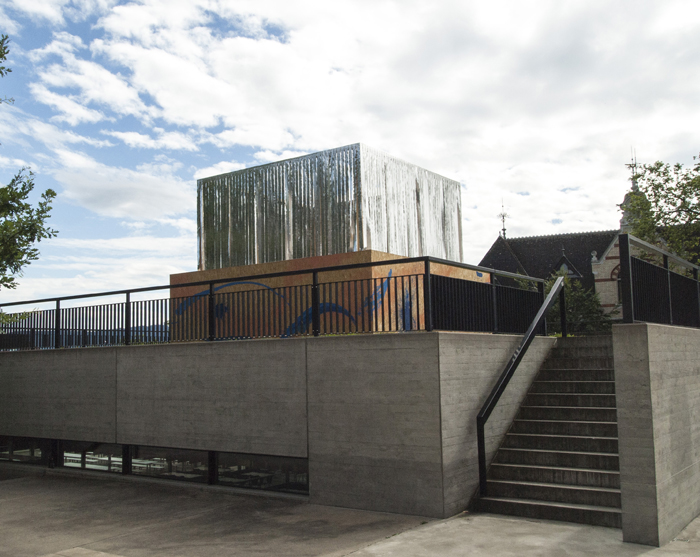 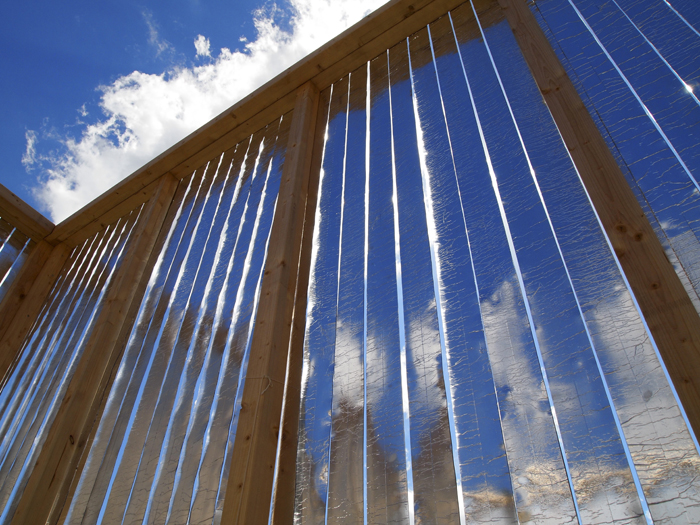 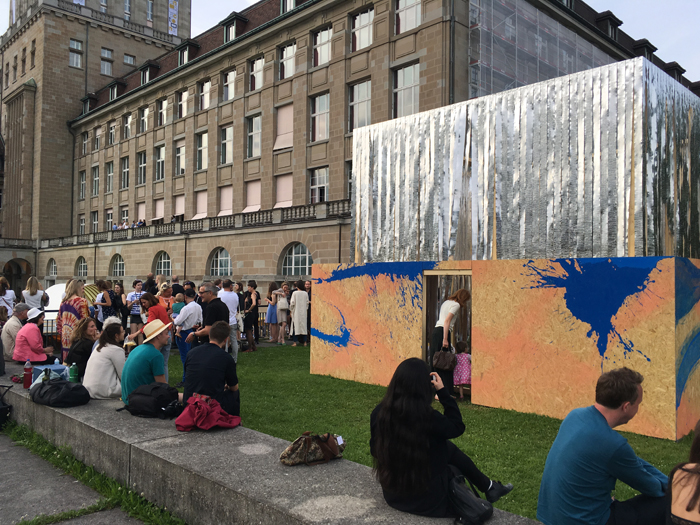 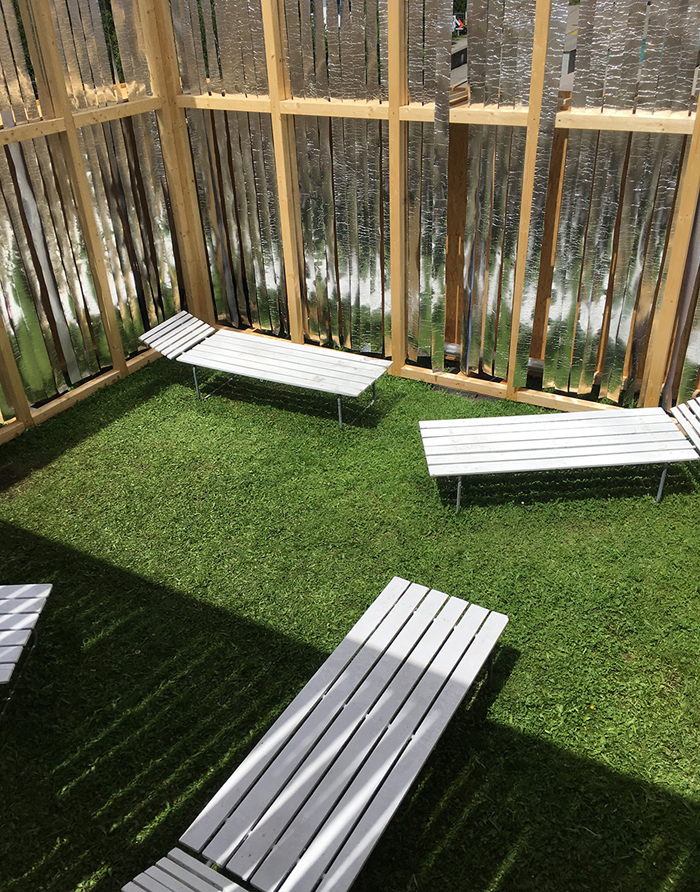 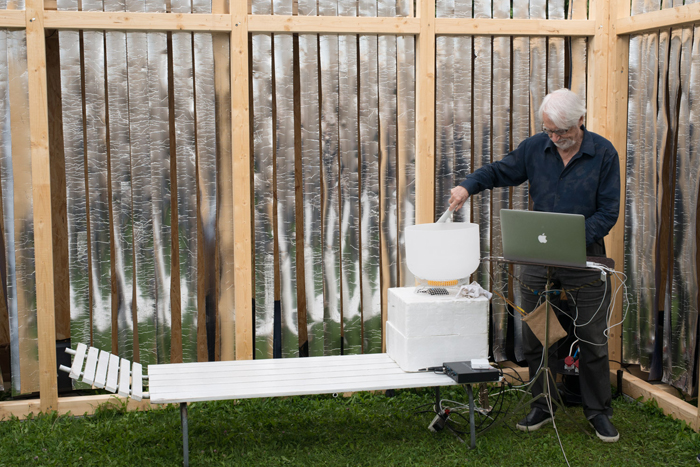 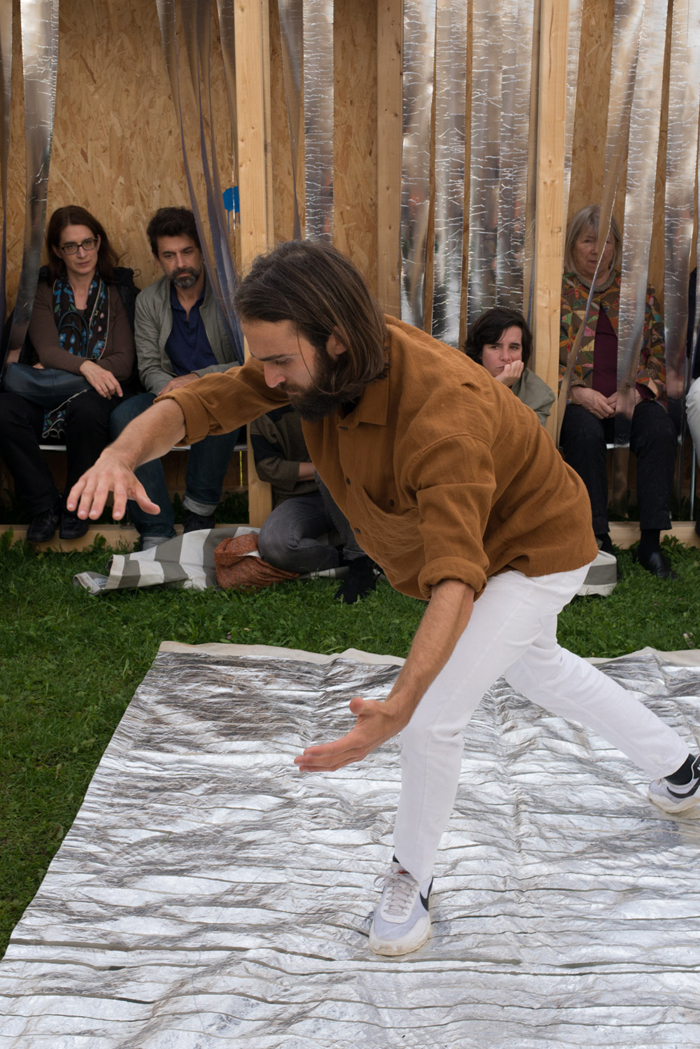 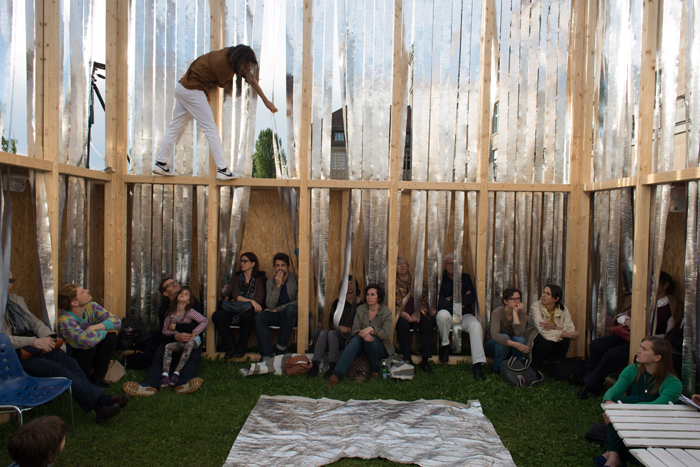 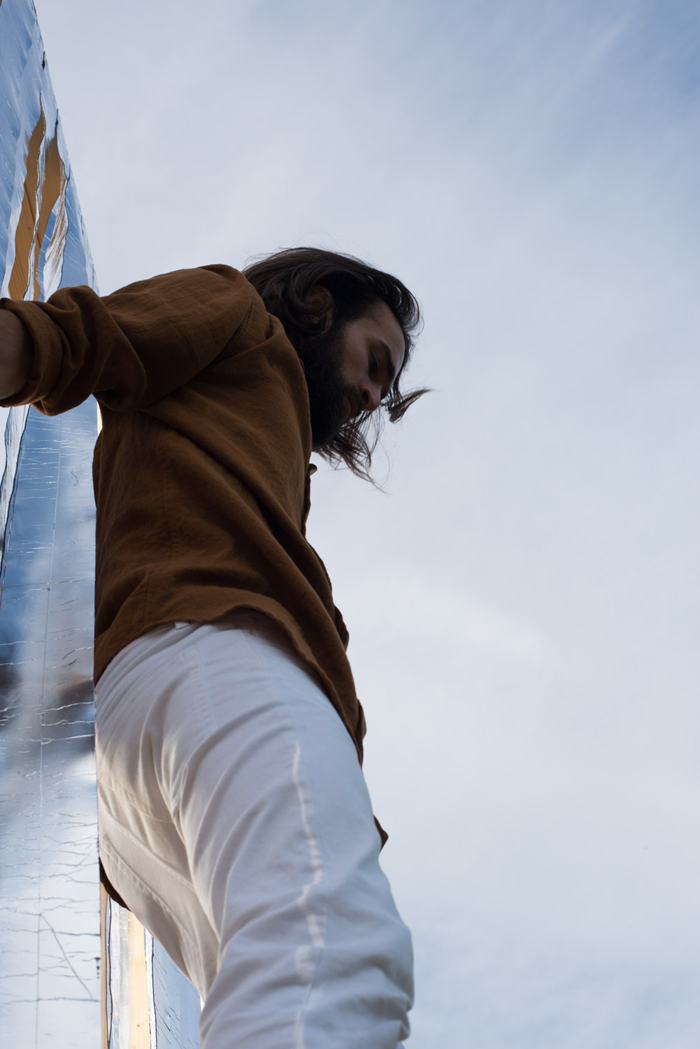 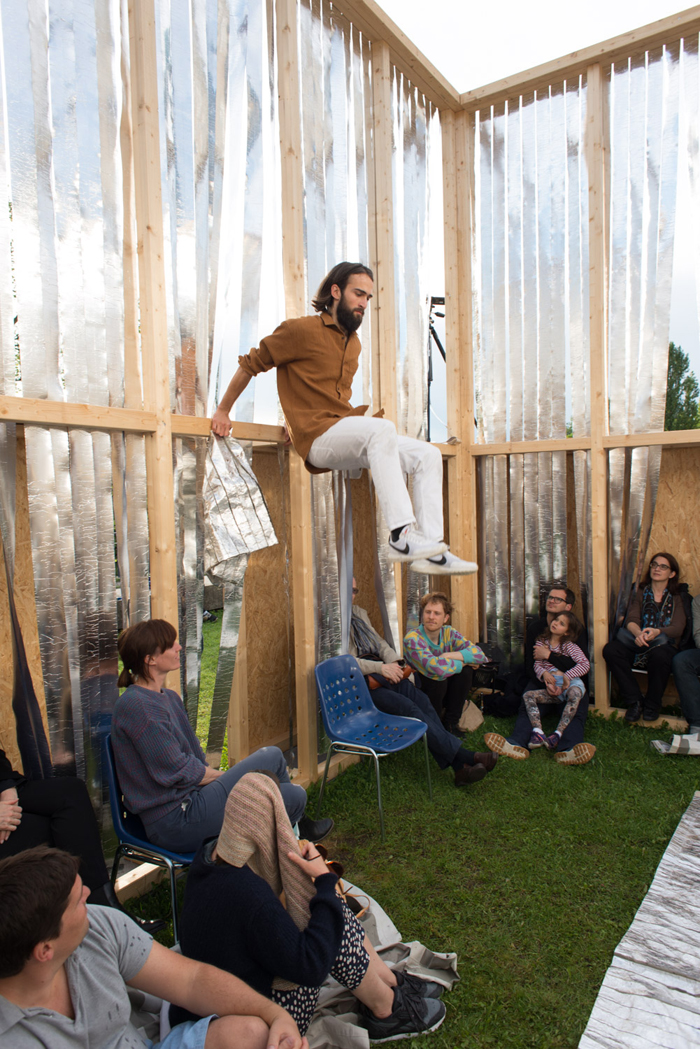 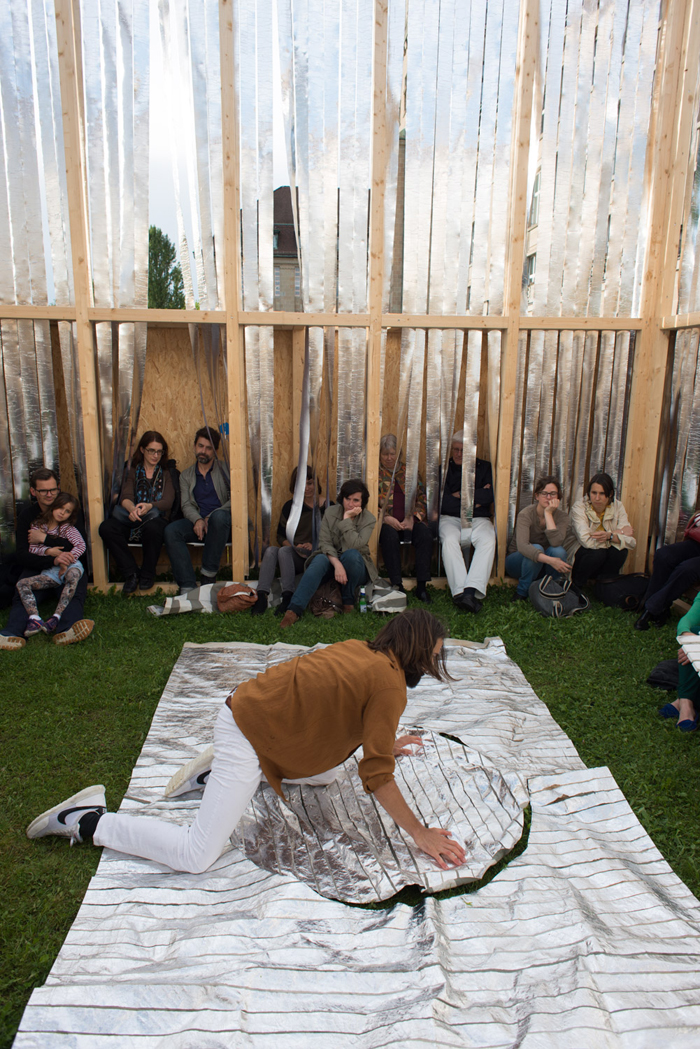 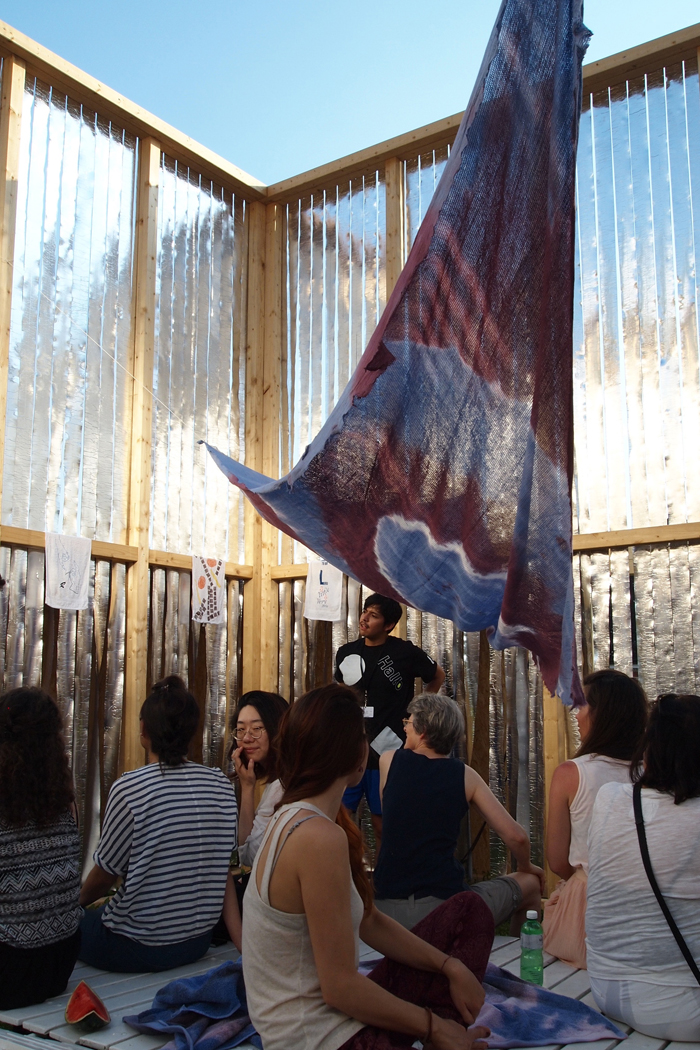 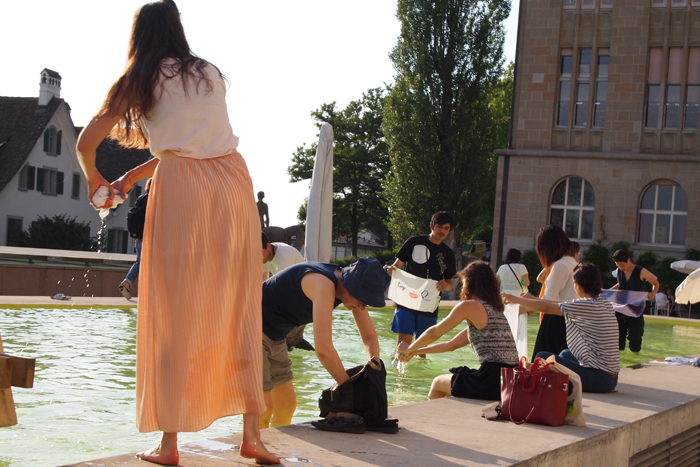 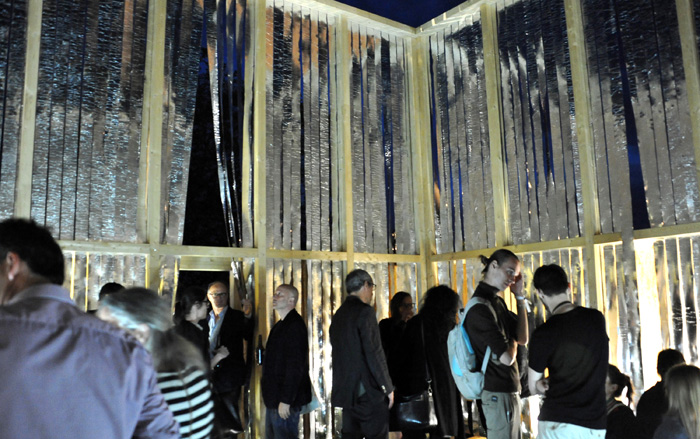 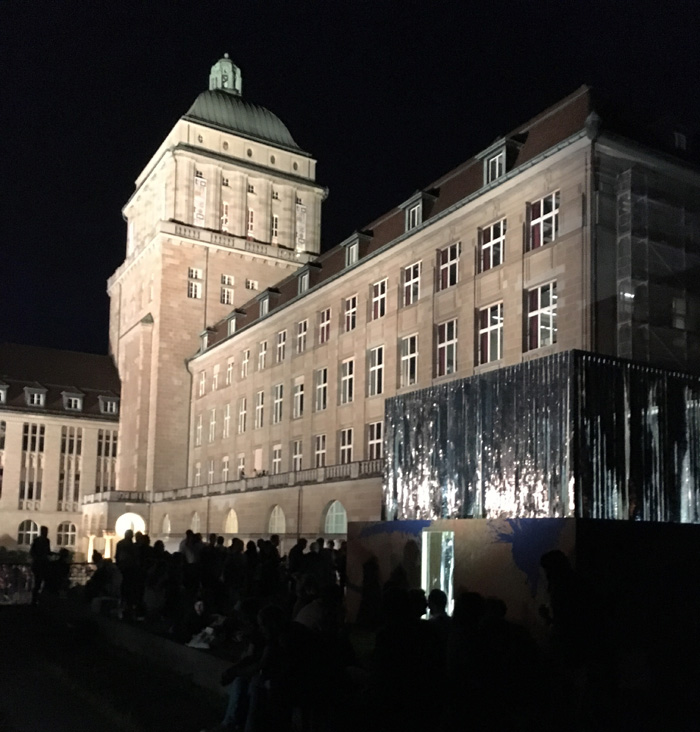 
Simon Heusser creates public retreats as a part of his artistic practice. On the occasion of Manifesta 11 Parallel Events, he built a site-specific, publicly accessible installation on the terrace of the University of Zurich, as a contrast to the business and big city hectic. The work refers to a phenomenon of Western working culture: the request for spiritual recreational trips. Historical flatbeds from the time of the "Lebensreform" (life reform) movement are set up inside the installation and invite to rest. They figure as a local reference to air- und sunbaths, pioneer of the present-day retreats. Paradise Retreat also signifies an echo chamber to the body culture of the early 20th century at Monte Verita and to the contemporary wellness movement. The retreat includes a sound installation produced by musician Bruno Spoerri.

During the opening month of Manifesta 11, two performances took place in the installation. During the first, Heusser performed a collaborative work with 80-year-old music pioneer Bruno Spoerri. Spoerri played on a quartz sand singing bowl that he had digitized before and that he modified live via computer. Heusser simultaneously practiced his self-created post-reform gym movements which contain yoga and eurythmic elements. He involved the architecture of the installation by climbing onto the wooden parts and cleaning them with a sponge, like being absorbed by the oscillation of the singing bowl. Thereby he illustrated the urge for self-optimization and inner spiritual balance, themes that significantly gained importance for the Western culture during the last decade.

During the second performance, a public healing session was conducted in and around Paradise Retreat. Together with Eduardo Leon and Alexander Ubelhor, representatives from the Rietveld Academie Amsterdam, visitors got invited to use an especially by the artist created towel edition for a body lavation in a basin nearby (built by Gigon/Guyer Architects). Workshop-like, towels were dyed and afterwards used by the visitors for a self-washing ritual.

Paradise Retreat is a temporary retreat space. However, the wooden skeletal structure is removable and will be re-used by Heusser for his upcoming performance project.