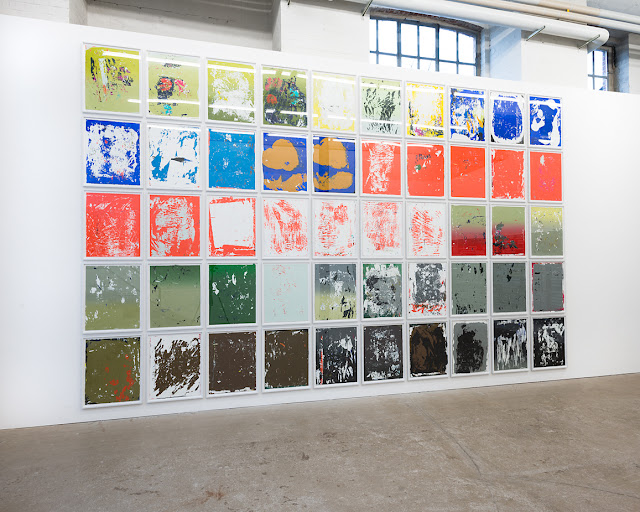 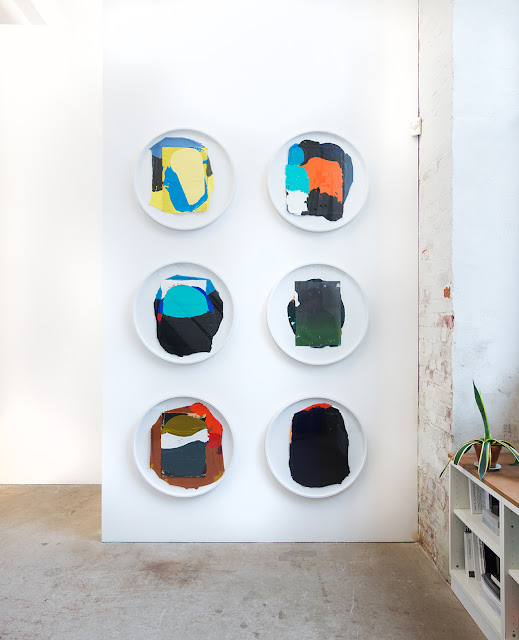 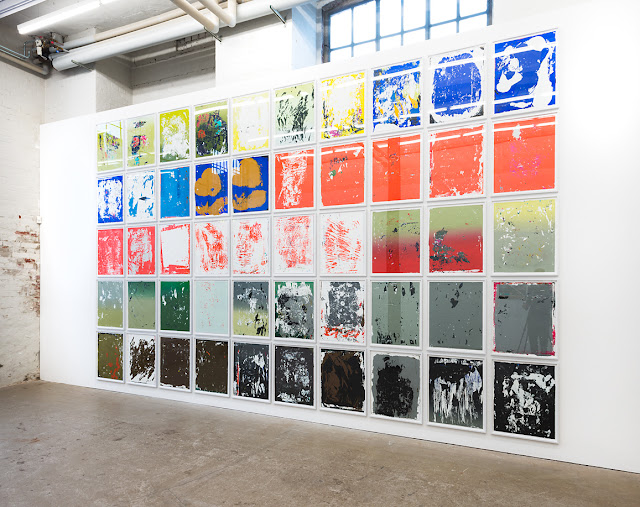 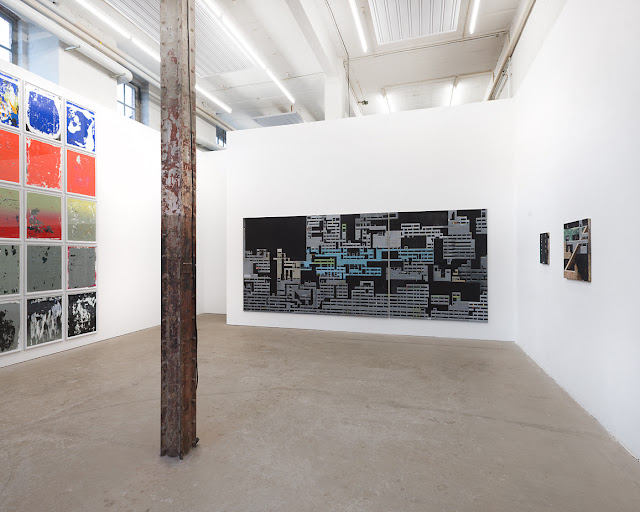 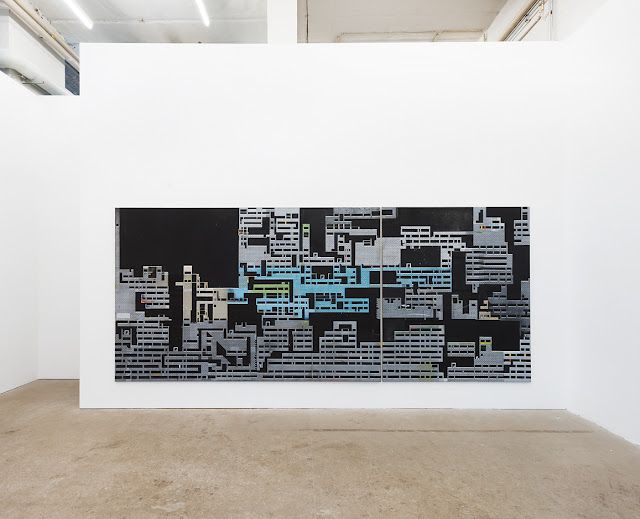 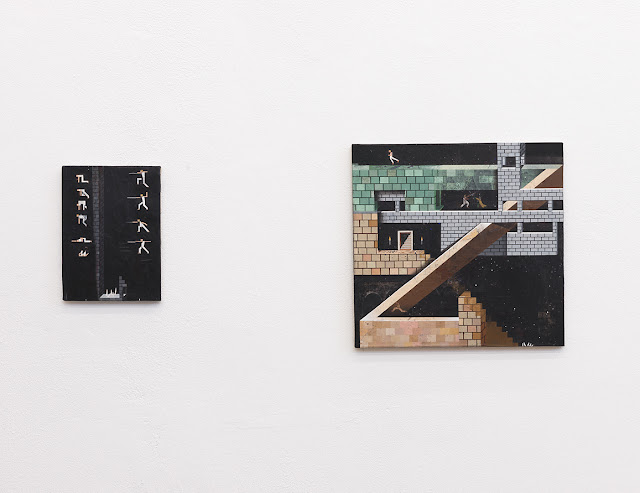 The exhibition Shift presents two contrasting positions, which where previously shown together at the 2012 Else-Heiliger-Fonds scholarship exhibition at Konrad-Adenauer-Stiftung in Berlin.
Franziska Holstein presents two new series of works created in 2015. Untitled (52) is of a huge block made up of 50 individual pictures. The paper, as it appears in the frames, seems to have changed its materiality in the process of painting. It takes on the appeal of leather or textile fabrics. Holstein does not see her artistic work as the search for a definite composition, but as the result of a series of actions, such as priming a surface or spilling paint. Accordingly, in the individual works, including the blotches of paint in circular framing, the layered material becomes the centre of attention. Franziska Holstein (born 1978) has studied at the Academy of Visual Arts Leipzig (HGB) under Arno Rink and Neo Rauch. She has been awarded with the Sachsenbank Art Prize (2012), as well as various scholarships (Konrad-Adenauer-Stiftung (2012); Citè Internationale des Arts, Paris (2013); Graphic Workshop KKV Malmö (2015)). Through her focus on an idiosyncratic palette and the composition of new and varied geometrical shapes, Holstein began to move away from figuration already during her studies, making use of representation only as the point of departure for her abstract compositions. On the surface, her collages created between 2012 and 2013 represent the point of most highly concentrated reduction in the use of shape and colour. In tableaux assembled from up to 260 parts Holstein runs down the formal repertoire of an individual image with little means and counters a former simultaneity with a temporal linearity. All works are united by a common language.Robert Seidel has a different approach to the interplay of figuration and abstraction that works as a counterpoint to Holstein’s layers of paint. On a narrative level his frames refer to the computer game “Prince of Persia”, originally released in 1989. Whether in smaller works that focus on details or in the large-scale superimposition of various levels of the game in a single image, the presentation is reminiscent of the raw pixels of the vintage game, which function both as historic markers of a generation and as such as a documentary record of a particular time, but on a formal level also illustrate Robert Seidel’s visual vocabulary in almost prototypical form. Seidel (born 1983) has focused on subjects that are relevant to his personal life ever since his studies at HGB under Neo Rauch. Starting with the depiction of entire streets found in his hometown Grimma, which he documented on canvas house by house, he has continuously expanded his repertoire of subjects according to his own subjective system of evaluation. Today, his pictures deal with experiences and memories, with social and cultural influences. In the process, Seidel translates a great variety of subjects into a generic style, which simplifies and deconstructs as it plays with graphic and organic forms and flirts with an abstract, almost ornamental dissolution of narrative.Following a Konrad-Adenauer-Stiftung scholarship (2012), Robert Seidel was awarded with other prizes, including by the Kulturstiftung des Freistaates Sachsen (2013), as well as residencies in Amsterdam (De Ateliers Short Track Residency (DASTR)) (2013) and Nuremberg (Marianne Defet Scholarship) (2015).
Tags Lazy exhibitions