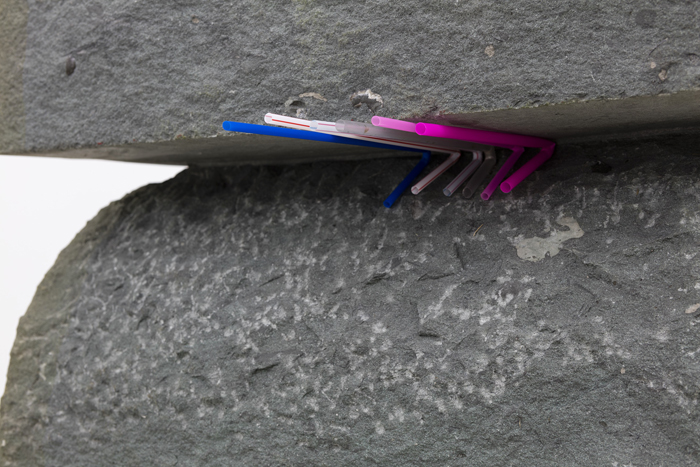 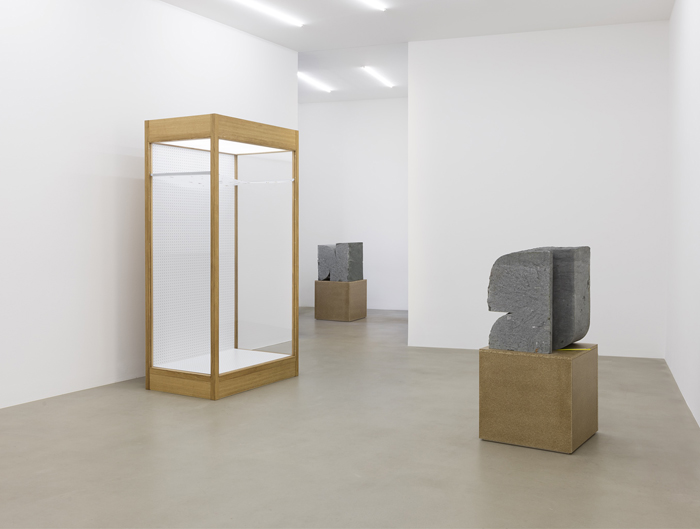 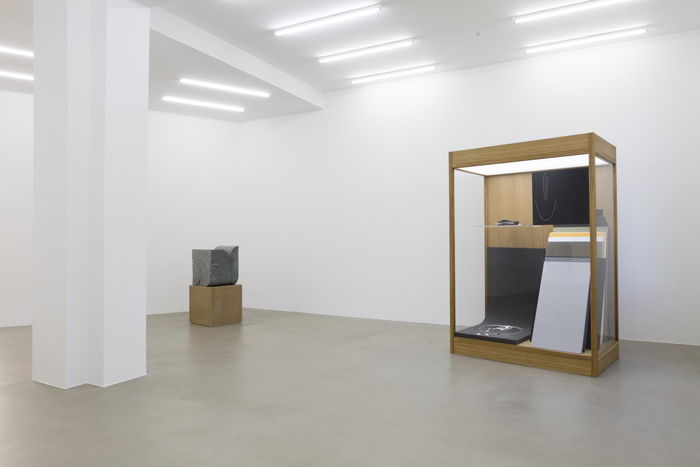 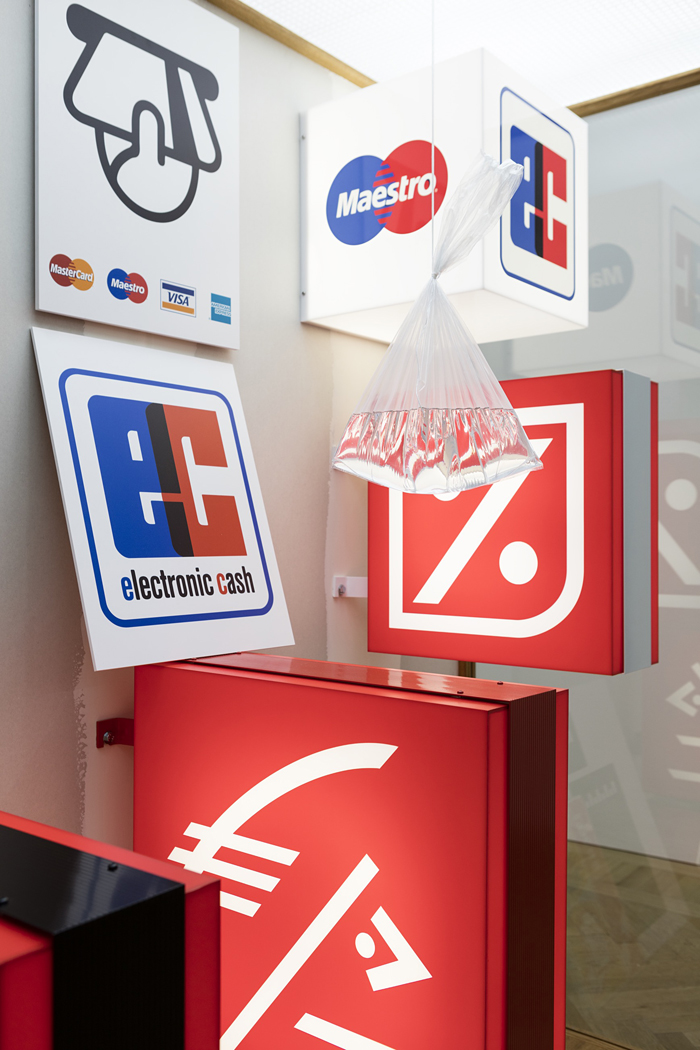 
Esther Schipper is pleased to present Gabriel Kuri’s third solo exhibition with the gallery. Entitled an old niche for your new need, the exhibition will include two new bodies of works: the artists first stone sculptures in the round and three large-scale glass vitrines. The custom-made vitrines recall those found in museums, in which small, precious or easily damaged objects are displayed. Kuri houses in his cases an assortment of specially produced objects and/or assemblies of materials collected by the artist. Each vitrine has its own theme, noticeable in scale and texture of the elements. One for example contains sheets of insulation and padding materials in different widths, colors and strength. Another contains tightly grouped, light boxes with logos commonly indicating cash points/ATMs. A frequent sight in the global urban landscape, here tightly grouped, these signs are rendered unfamiliar by their presentation. Functionless, they are re-imagined as artifacts, future remnants perhaps of a paper-based economy. The five new stone works are Kuri’s first in-the-round stone sculptures. Their combination of curves and flat planes link a man-made, linear quality with one reminiscent of naturally occurring rock crevices. This tension between made and found characteristics is further emphasized by the variations of their surface texture, chiseled to degrees of varying smoothness and polished to a matt sheen in places. The stones have a totemic quality but paradoxically carry it with a hint of ironic detachment. This impression is reinforced by the apparently discarded objects—such as, for example, colorful drinking straws, bent to echo the curvatures of the stones—that dwell under the sculptures edges and in their crevices, as if the works had become receptacles of illicit attention by visitors who deposited miscellaneous objects in the beckoning openings. The addition of vestiges of human activity, such as empty bottles or cans, cigarette butts or ticket stubs, as signs of spent time, energy or currency is a recurring theme in the artist’s work. The combinations of found and generally overlooked objects in Kuri‘s work highlights the planned obsolescence of modern materials but also brings out their unexpected, sometimes haunting, attributes. Gabriel Kuri’s oeuvre encompasses diverse media including sculpture, collage and installation, using often repurposed natural, industrial, and mass-produced objects (among them, insulation foam, shells, soda cans, stones, or ticket receipts) to craft eloquent works of art. Kuri’s work draws attention to correspondences between the formal conventions of visualizing data as graphs, diagrams or pie charts and the formal language of modernist sculpture, linking its materials (such as marble, metal, stone, and cement) with everyday items, forging a complex and incongruously beautiful personal vocabulary.