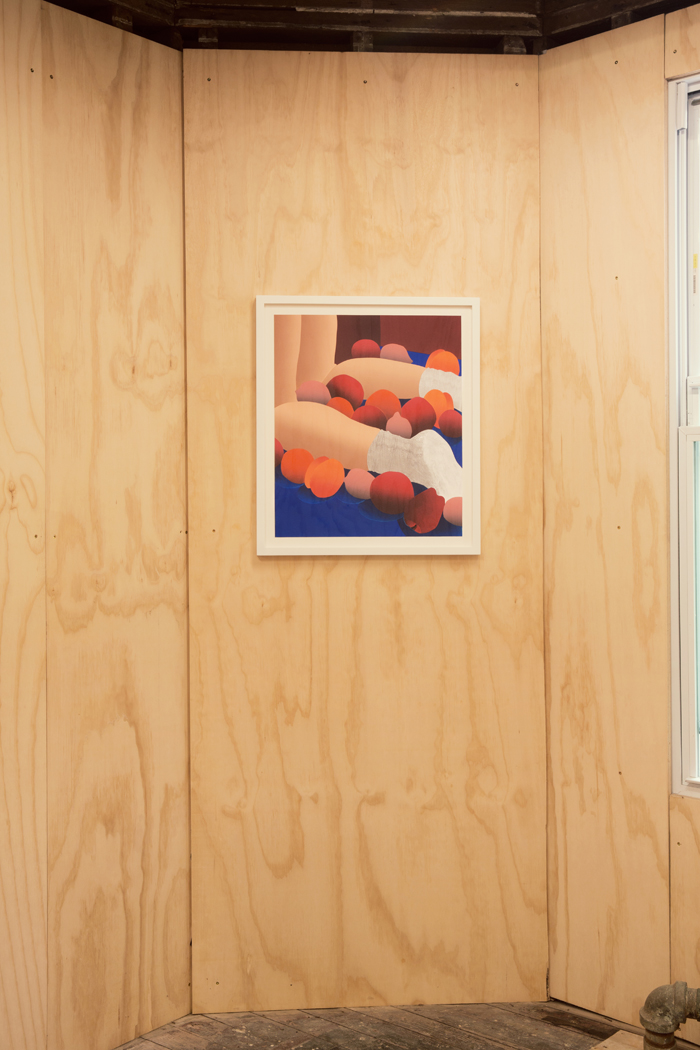 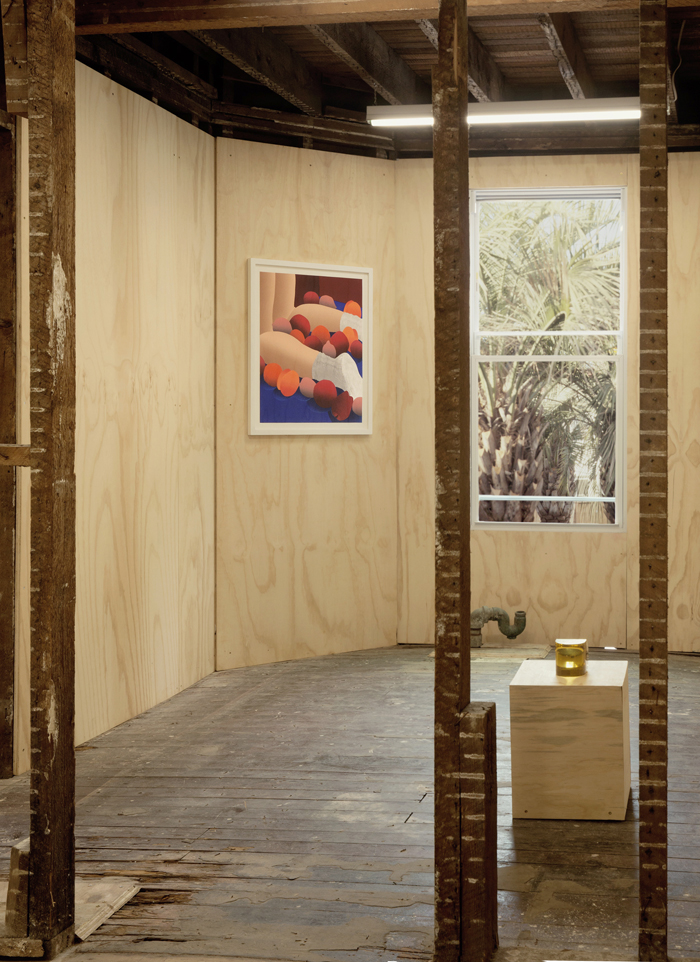 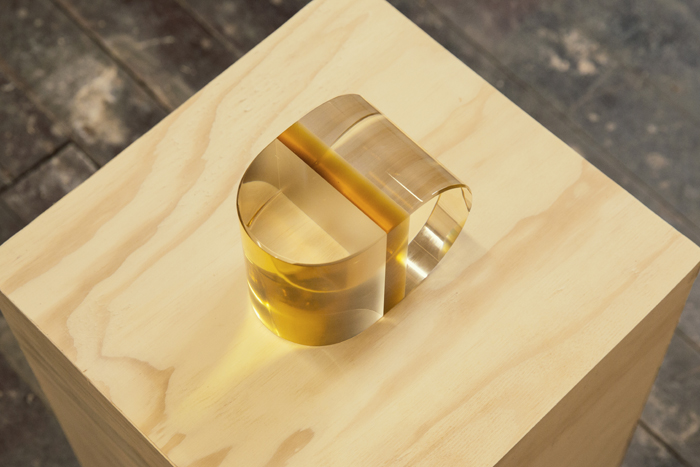 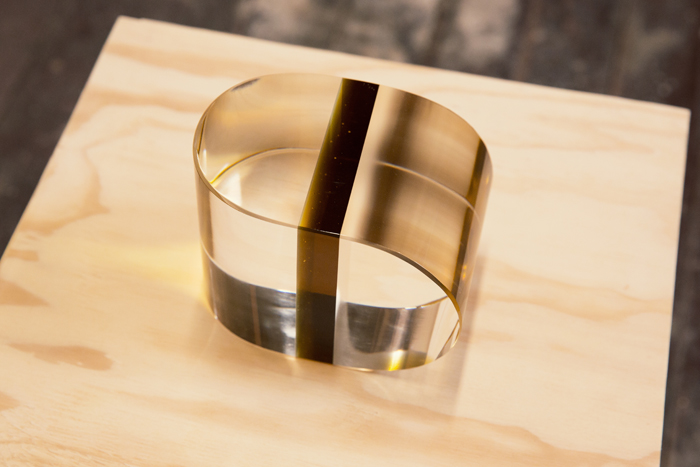 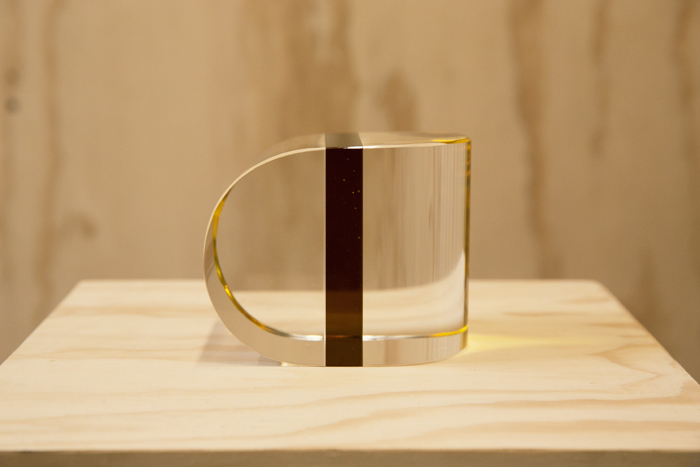 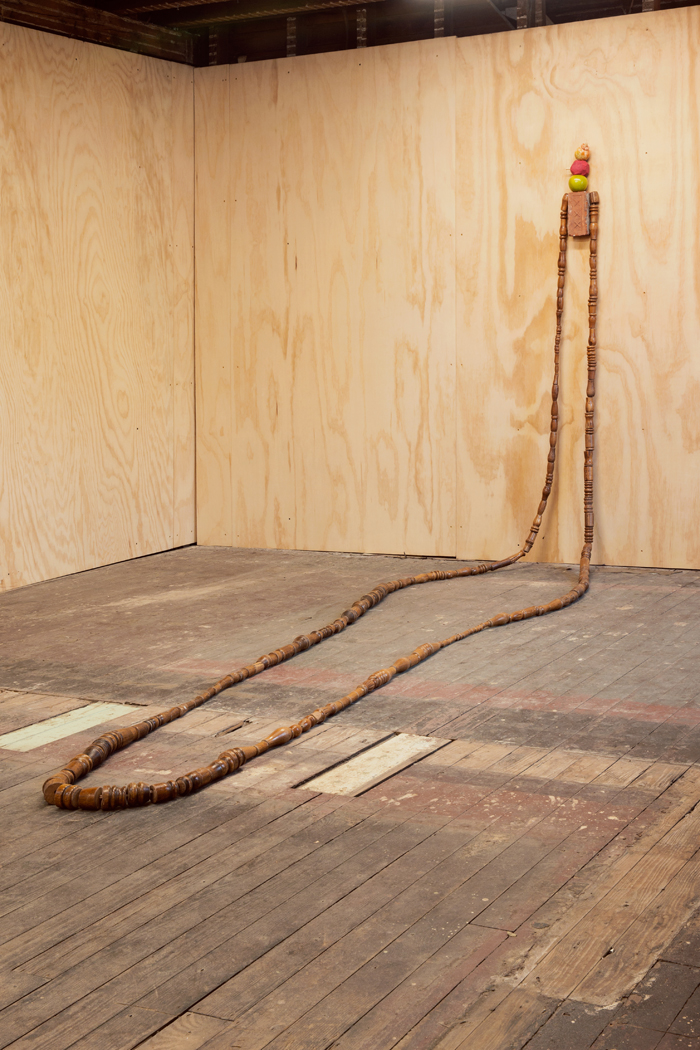 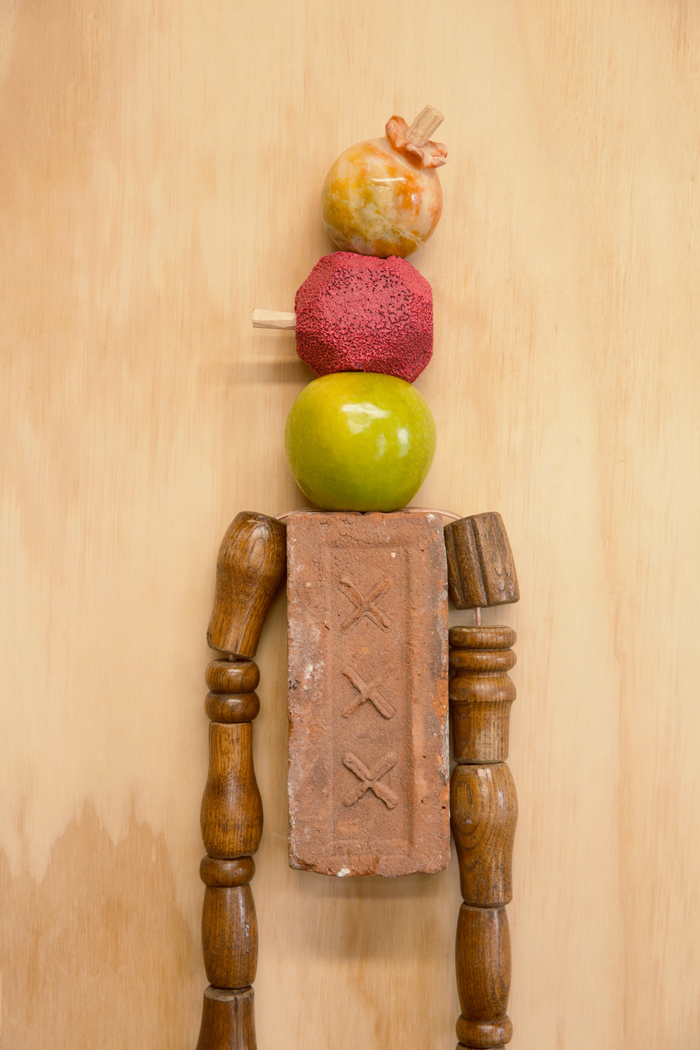 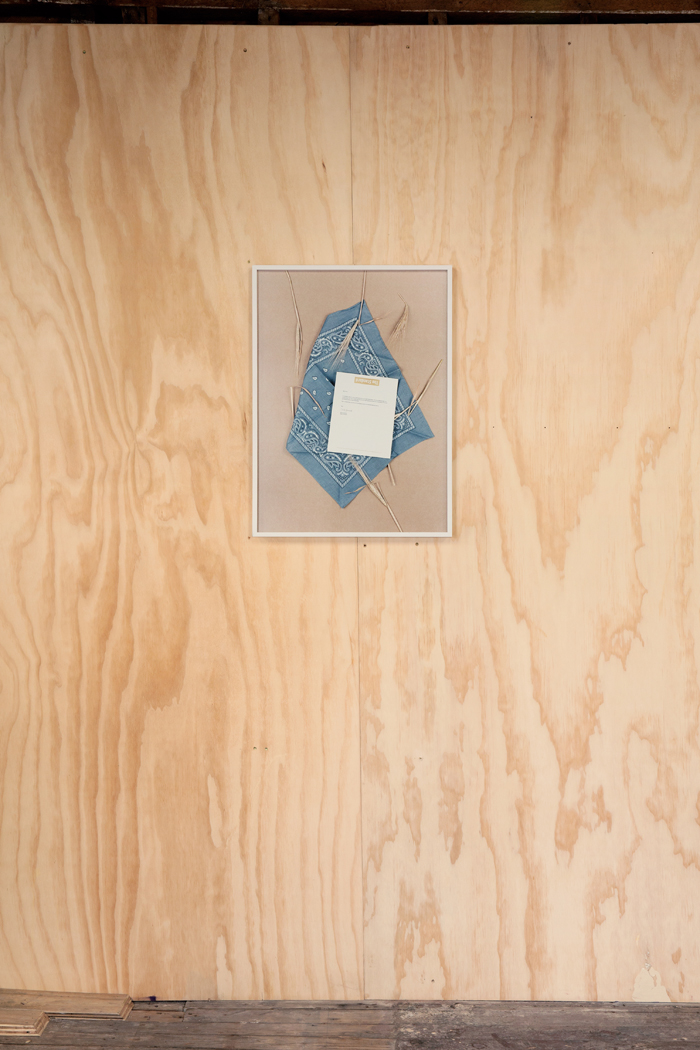 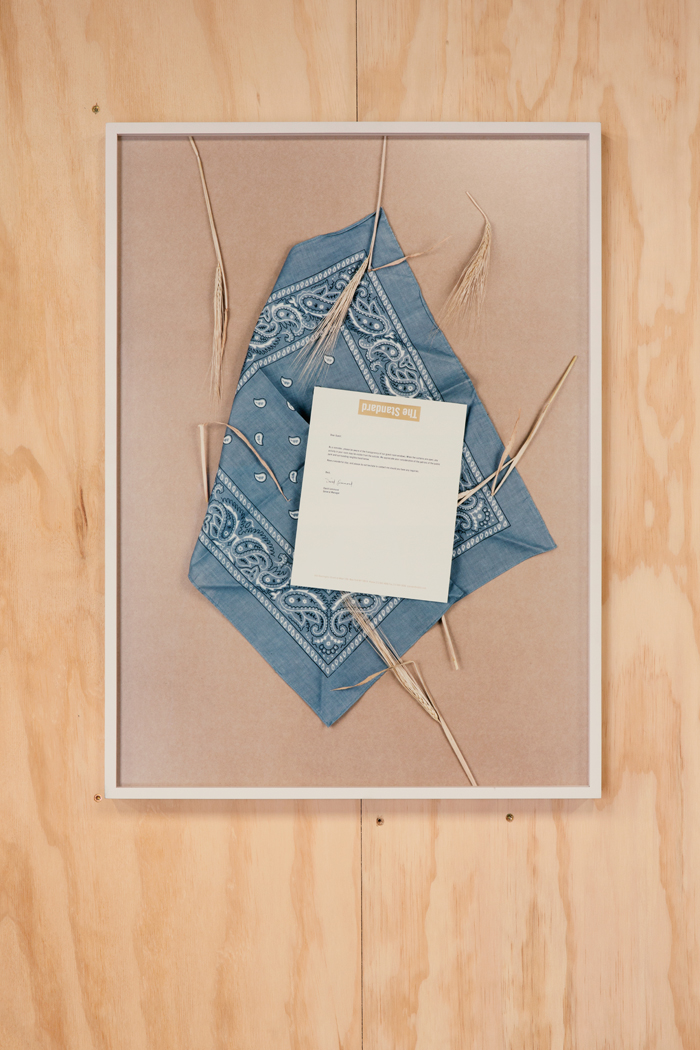 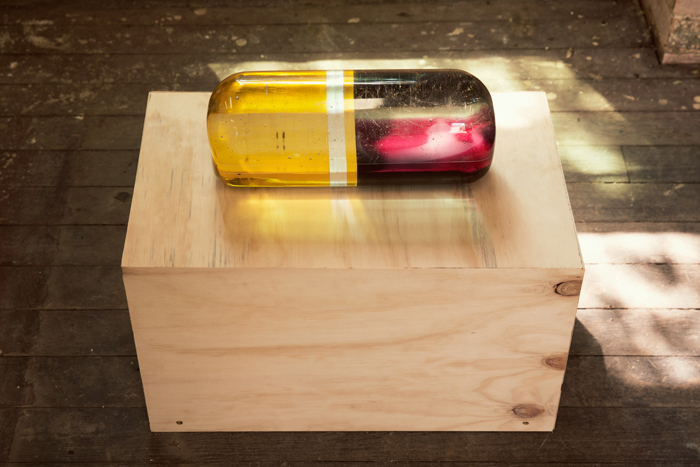 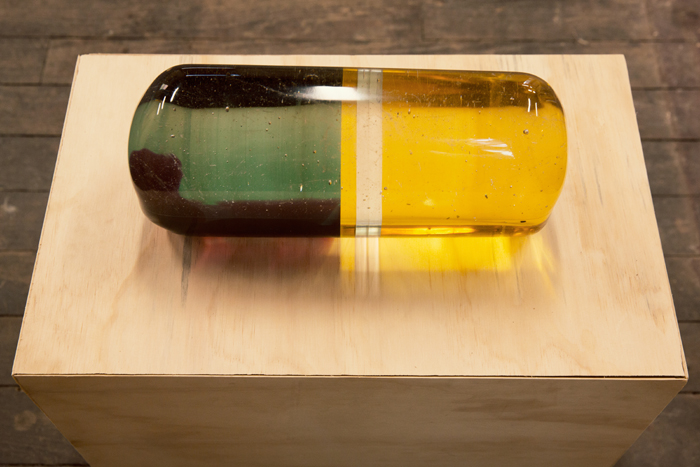 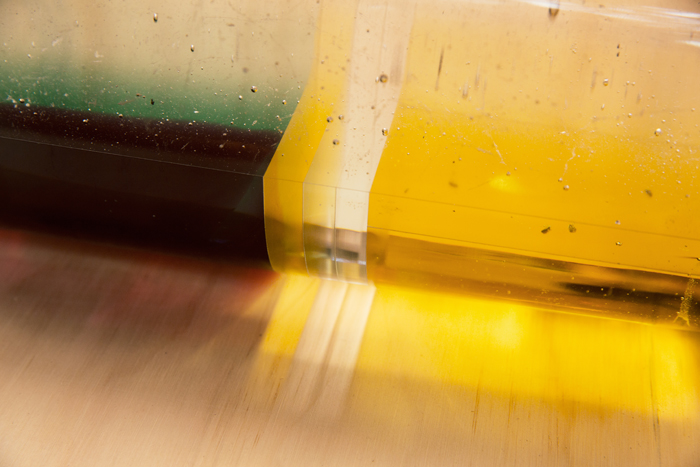 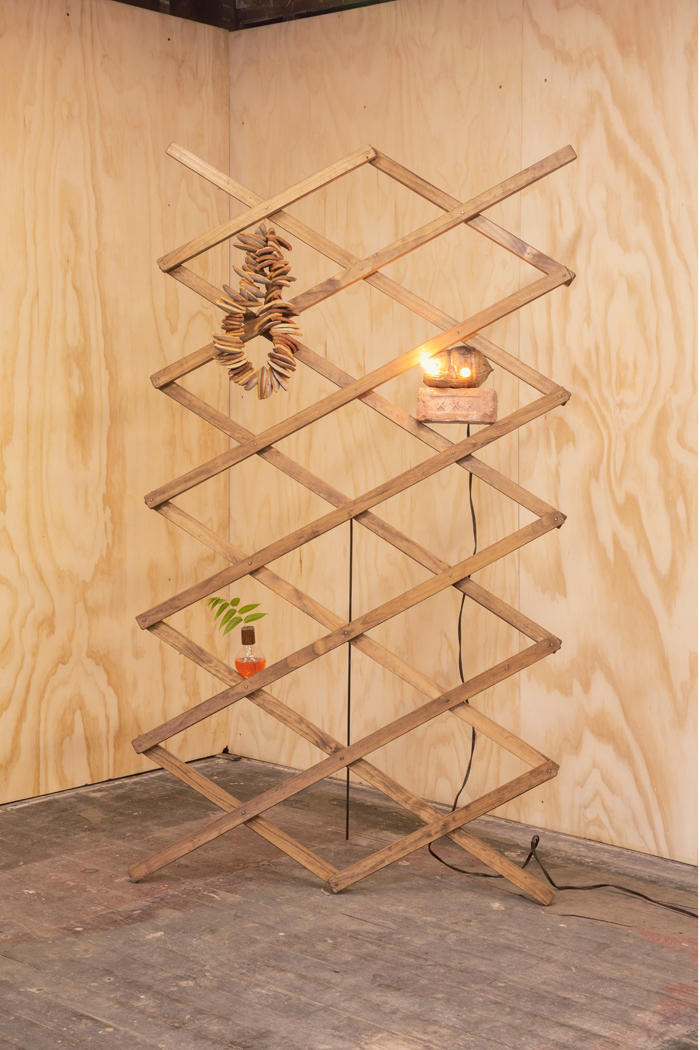 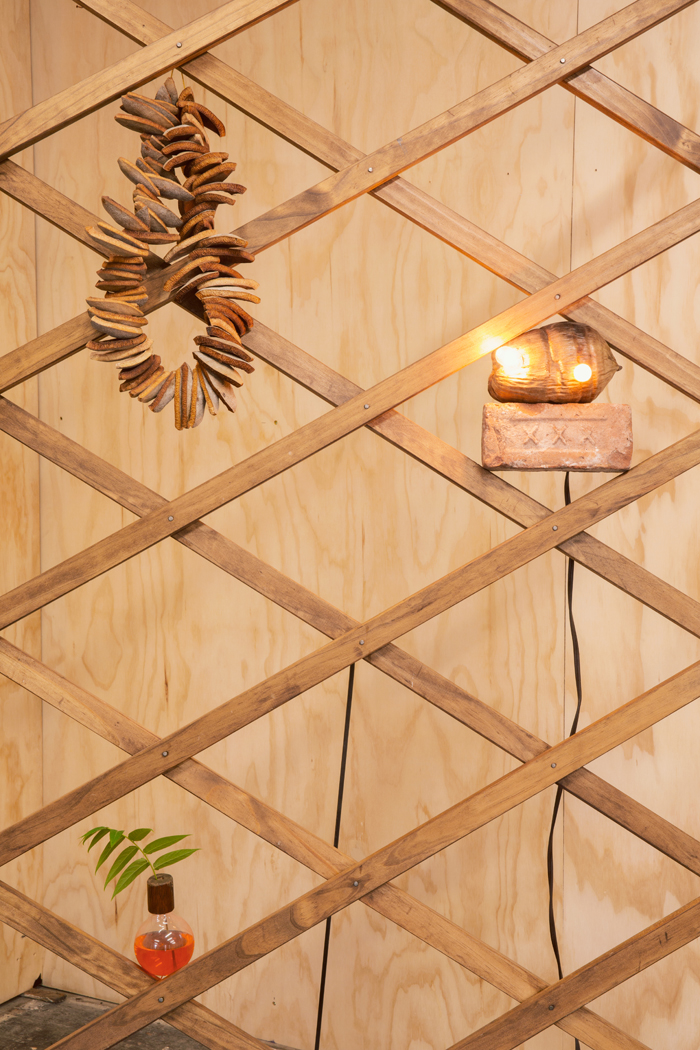 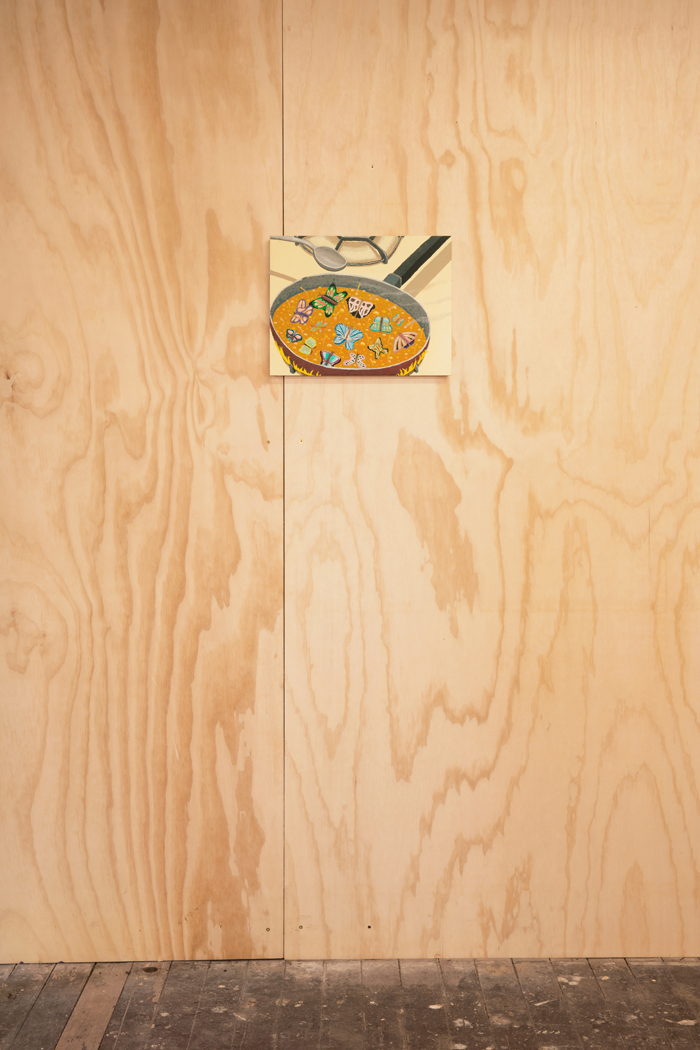 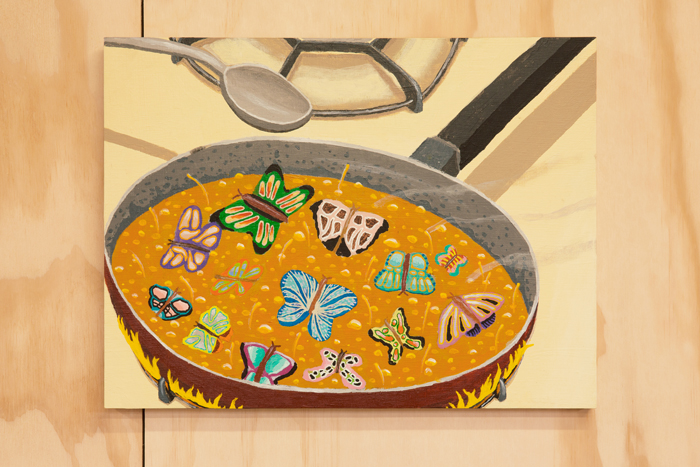 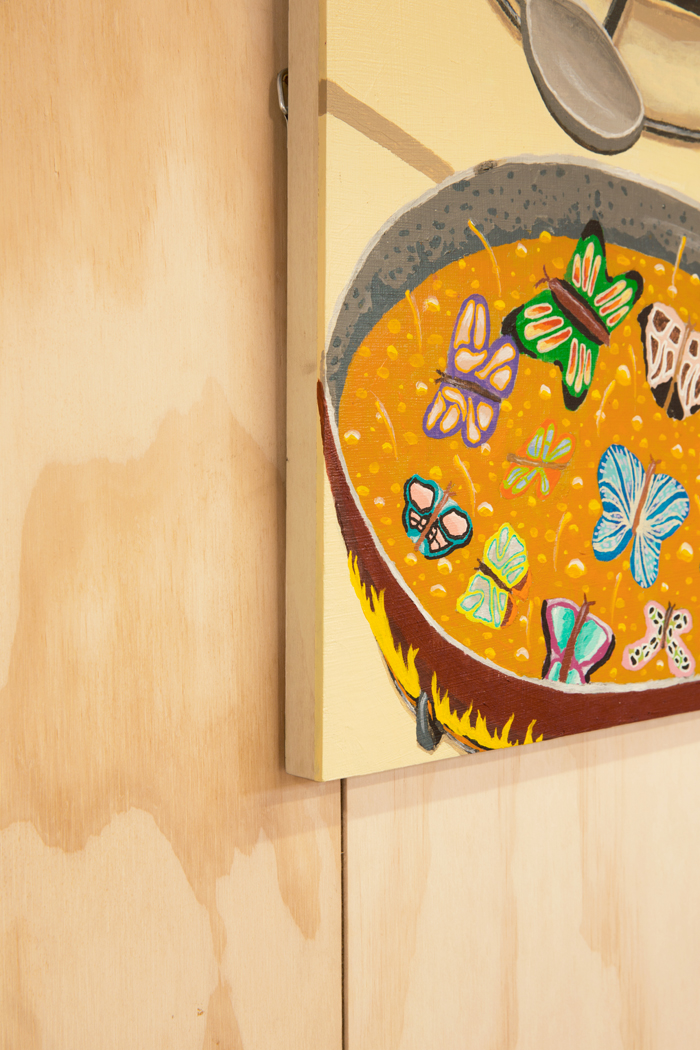 Topless is pleased to present Timbuktu, the fourth and final exhibition of the gallery’s second season, comprised of works by Colby Bird, Hector M. Flores, Anthony Iacono, Annette Kelm, and Ralph Pugay. The exhibition title alludes to an often-imprudent impression of an uninvestigated entity or place as mysterious, exotic, and faraway. The idea of the unknown and un(der)experienced has become a locus of fanciful projection. These stories serve as source not only to our simultaneous arousal and apprehension of the “remote”, but also as fabrications via implications, an evidence of our desire to concoct a figment of actuality based on personal renderings of the fragments at hand.

Colby Bird’s sculptures teeter on the brink of precarious gestures. A hand wrought lattice bolstered by the compression of a coconut and an assemblage of assumed apples poised upon a brick. The elements of the works are entropic implying an inevitable deterioration of a closed system whilst concurrently inviting the revival of those very constituents. The presumed immediacy of one material and the apparent exhaust in another. Bird’s sculptures insist upon an inquiry into each system’s circulation as their existence is dependent upon deliberate intervention and preservation.

In their interplay with light and shadow, the glass works of Hector M. Flores abstractly engender complex phenomena and a suggestion of the mystical. The traditional techniques through which these works are conceived are countered by conjectures of the celestial; the known and the unknown, the man verse the matter. These feats of formal investigations accrue a reading outside of themselves in relation to the contexts and indications of their surroundings. The invitation of Time/Space becomes approachable in its relational size comparable to that of the fruit cast at the feet of Anthony Iacono’s Locked In 2 figure. The sculpture and the scene synchronized in speculated sexuality. The duality between these works is braced by Iacono’s exploration of the body and its relationship to objects.
Through placement and compelled presumption the usual becomes characterized as alluring and extrinsic. The figure and the fruit are enmeshed in a still life where the elicited anticipation of the scape is disparate of stagnation.

Annette Kelm’s photographs present each subject as understood in actuality alienated from its applied function and typical source. Her works act as studies or classifications according to the social symbols inherent within the selected depictions.  The serial manner in which she works not only mimics the methods of mass production often utilized in the fabrication of the employed materials but also enacts a passing of time. Patterns, positions and points of view repeat themselves with only the most minute of adjustments beckoning a reasoning of the nature of their representation.

In an approach that may be likened to Kelm’s, Ralph Pugay describes his paintings as “situational narratives constructed through the melding of incongruous symbols and ideas.” He describes his motifs as abstracted from common, everyday sources, which are rendered with an almost naïve approach, producing images which evoke both ambiguity and the struggle for clarity.