Rania Bellou 'Between I and Me'

Rania Bellou
'Between I and Me'
12 Star Gallery
Europe House, 32 Smith Square, London, SW1P 3EU
29 May - 15 June 2012
The exhibition of the Greek, London-based artist, Rania Bellou featurse intricate pencil drawings on multiple layers of tissue paper as well as the artist's new series of interventions on postcards from Port Said (ca. 1910-1936) and archival material that reveals a torrid tale of repressed love in 1930s Egypt and England. 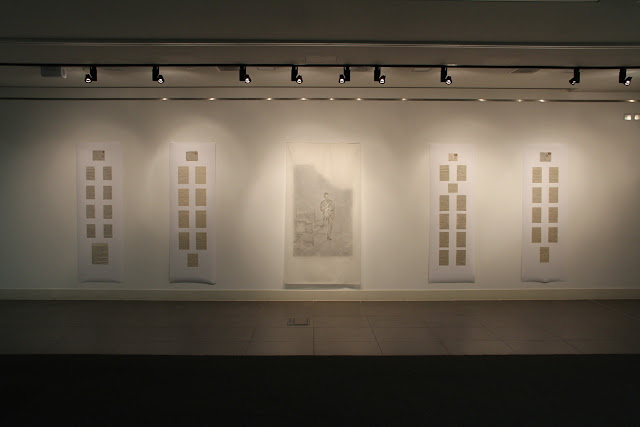 Between I and Me, 2012
Archival material that reveals a torrid tale of repressed love in 1930s Egypt and England
Essay by Vassiliki Dogkaki, M.Sc.Psych.
‘Remembrance of things past is not necessarily the remembrance of things as they were.’
Marcel Proust
Going through the love correspondence of an unknown couple -that reveals a torrid tale or repressed love in 1930s Egypt and England- creates the impression that one invades a thorough personal sphere with only means the guidance of his instinct and experiential symbolisms.
Such an invasion requires the profound understanding of the relationship’s dynamics in order to be able to follow its lead. The restricted amount of information that the artist chose to provide, leads the audience’s imagination to reconstruct ideas and incidents by making assumptions and representations that he will never be able to crosscheck.
But is one person capable of understanding thoroughly the intentions and emotional mechanisms of another? Or is it that human nature really lacks empathy and just projects and identifies most experiences through the sense of self?
Marcel Proust notes that, “every reader, as he reads, is actually the reader of himself. The writer's work is only a kind of optical instrument he provides the reader so he can discern what he might never have seen in himself without this book. The reader's recognition in himself of what the book says is the proof of the book's truth”. Bellou’s real challenge is to read an image as a presentation that is capable of creating new contexts, or – to distance ourselves from the textual metaphor – new configurations.
Taking a closer look at Reggie’s love correspondence makes one sense his loneliness and his wholehearted dedication, his struggle for life and his gradual disintegration. It almost appears as fiction when the human instinctual inability to deal with absence of information, drives the audience to come up with thoughts and ideas in order to put the pieces of this communication together; always in such a way that the whole image appeals to the individual’s personality.
The exchange of letters seemed to serve the need of Reggie for a constant reminder of feelings and sexual self-stimulation, hence the repetition of the expressions. In other instances, writing those letters to his beloved one, was almost as if he was keeping a diary, holding on to images of the past and the desirable future, hoping that this continuum of feelings coming from far away –in terms of both place and time- would somehow maintain the sense of past self and that of a past era.  Even after his decline, Reggie strived to fulfill his needs, bringing forward both a sense of circumstantial suppression and a narcissistic outburst.
Winkie’s absence requires an effort from the visitor’s side to understand her perceptions and feelings. Since Winkie’s letters are not provided, one can only assume that the impressions created by Reggie represent with accuracy the culture of the relationship. Her vivid presence on his mind is empowered by the void that her absence indicates.
In these letters, anyone could be either Reggie or Winkie, or even both of them in different instances of their life. Some could even stay distant just to observe the passion and the destruction and protect themselves from feelings. Each person will projectively identify with the characters in a completely different manner, as transference of behaviors and personality traits depends mainly on the individual’s experience.
If such a load of self is engaged and involved in love, could it be that in between every human’s I and Me, there is an available space for the significant other to be contained and appreciated? Or are love and passion just projections of one’s feelings onto his own self? 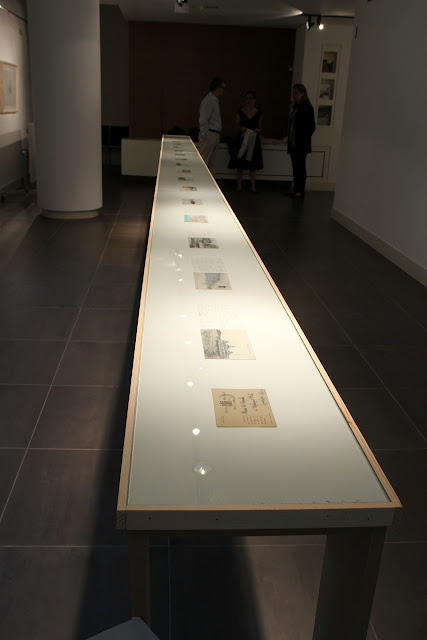