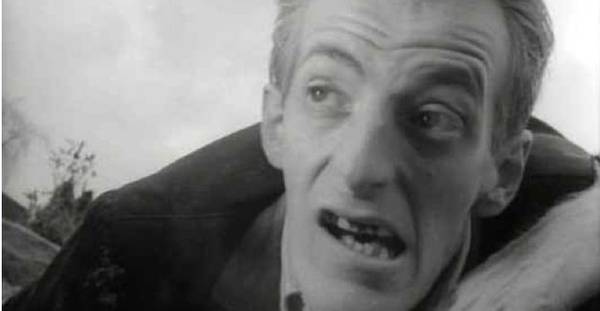 Antinous sez, "RIP Bill Hinzman, the actor who played the first zombie in Night of the Living Dead." Mr Hinzman died of cancer at the age of 75.


Hinzman was working on the movie as an assistant cameraman when Romero spotted him and knew he'd found his zombie muse. "We'd like to tell the story that it was a hard audition session," said Russ Steiner, who co-produced the film and played Johnny. "But Bill was there and old enough and thin enough and he had an old suit." Hinzman (whose name is spelled "Heinzman" in the credits of Living Dead) remained in Romero's orbit for years, working in a variety of functions on There's Always Vanilla, Hungry Wives, and The Crazies, as well as the equally chilling 1974 TV sports documentary O. J. Simpson: Juice On The Loose.
He’d largely drifted out of the business by the time Romero's post-Living Dead career really began in earnest with Martin and Dawn Of The Dead, but by the late 1980s, his cult status was secure, and he found himself lured back to appear in a number of low-budget horror pictures where his presence served as an instant in-joke. (For example: In 2006’s Shadow: Dead Riot—starring Night Of The Living Dead remake lead—Hinzman’s character is billed as "Romero the Zombie".)