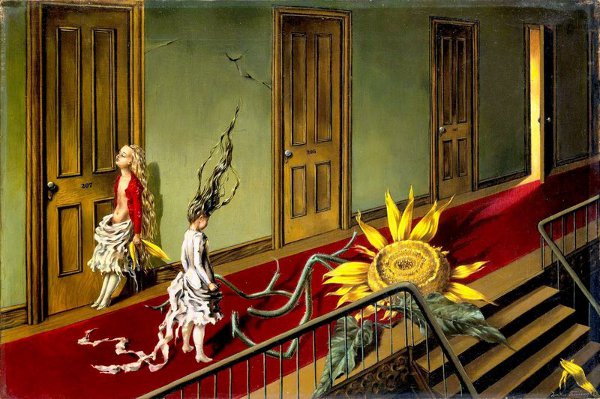 The American surrealist painter and writer Dorothea Tanning, who was married to the late German painter Max Ernst, has died, a spokeswoman says.
Tanning died on Tuesday in New York. She was 101.
"It is my sad duty to announce that Dorothea Tanning has passed away. She died peacefully in her home," Pamela Johnson, director of the Dorothea Tanning Foundation, said in a statement on Wednesday.
Tanning joined the surrealist painters' movement after moving to New York from her birthplace in Illinois in the 1930s. There she met Ernst, living with him in the United States and France.
After Ernst's death in 1976 Tanning returned to New York and restarted her career.
"In her mid-70s, she became more productive than ever in her studio, and in her mid-80s launched a new and successful career as a writer and poet," Johnson said. "She worked until her last days, publishing her second book of poems, Coming to That, in the fall of 2011."