Rescuing Greece: Beyond the edge 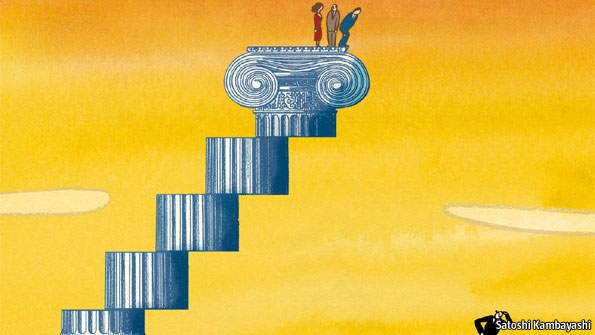 BILL HICKS, a comedian, used to joke that there must be a “ledge beyond the edge”. How else could the survival of Keith Richards be explained? What goes for rock stars also appears to go for Greece, which has been on the brink of a second bail-out package for weeks.
Deadlines have already been missed. A meeting of the Eurogroup of finance ministers, scheduled for February 15th, at which the terms of a deal were supposed to have been endorsed, was postponed the day before. Euro-zone ministers wanted more details of proposed spending cuts as well as written assurances that Greek politicians won’t renege on the deal once a general election, pencilled in for April 8th, is over. Greece has consistently missed its targets to date; trust among its troika of rescuers—euro-zone governments, the IMF and the European Central Bank (ECB)—that it will stick to a new agreement is low.