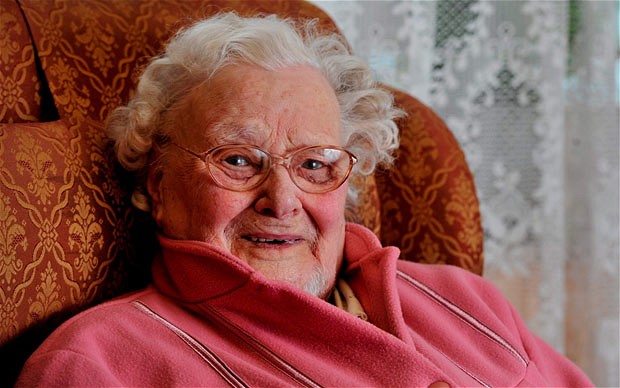 Mrs Green passed away in her sleep at a care home in Norfolk just two weeks before her 111th birthday.
The great-grandmother signed up to the Women's Royal Air Force (WRAF) 93 years ago in September 1918, when she was aged just 17.
She was the last surviving person to have served in WWI following the death of British-born sailor Claude Choules in Australia last year.
During the First World War she worked at Narborough Airfield and RAF Marham, Norfolk, as an Officer's Mess steward.
Mrs Green, who was born in London, lived with her daughter May, 90, in King's Lynn, Norfolk, but had moved into Briar House care home shortly before Christmas where she died on Saturday.