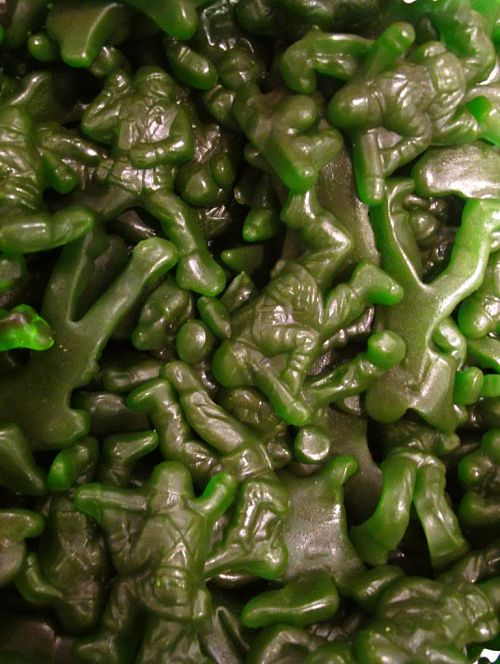 “Some toys are quickly forgotten, like the, uh, see… we’ve forgotten them already. But other toys seem to live on forever… The Hula Hoop, The Barbie Doll, and the Little Plastic Army Guys. For generations, boys have been playing with these little plastic soldiers. We reenacted famous land battles. We sent them on commando raids on our sister’s Barbie dolls. We even conducted secret military testing as we melted them with magnifying glasses. Now there’s a candy inspired by this classic toy? These Gummi Army Guys are not just tough… they’re tasty, too. You can have them fight it out, and eat the losers!” w/ photos
-via uniquedaily.com
Tags Daily Collection