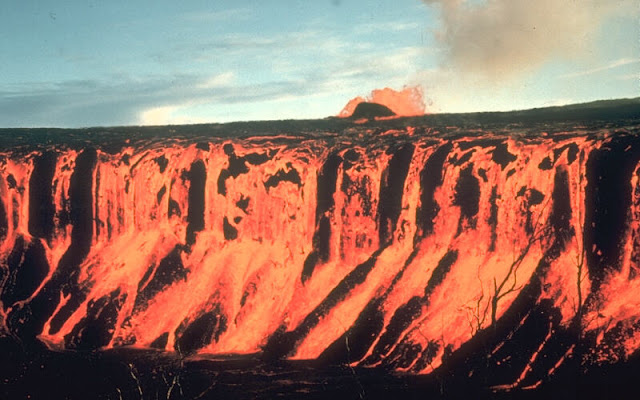 A cascade of water is a small waterfall formed as water descends over rocks. In similar fashion, a lava cascade refers to the rush or descent of lava over a cliff. In Hawai`i, lava cascades typically occur when lava spills over the edge of a crater, a fault scarp, or a sea cliff into the ocean.

In the image shown here, lava pours over edge of Aloi Crater in a dazzling lava cascade about 25 meters tall during the 1969-71 Mauna Ulu eruption on the east rift zone of Kilauea Volcano, Hawai`i. The lava fountain in background is about 30 m tall.
-via volcanoes.usgs.gov
Tags Daily Collection
Newer Post Older Post Home