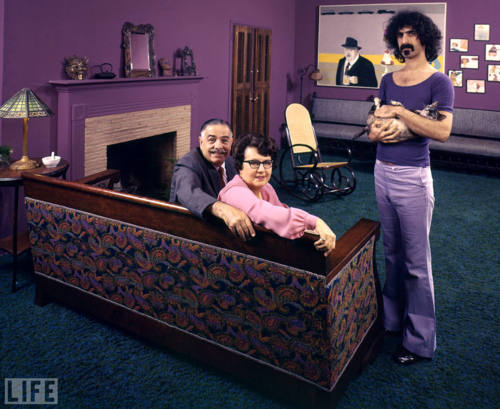 “Everyone had told me that Frank Zappa was going to be really difficult, and he couldn’t have been more professional,” Olson says.
As for Zappa’s parents: “My father has ambitions to be an actor,” Frank told LIFE. “He secretly wants to be on TV.” His mom, meanwhile, thought Frank’s career was fine and dandy, but envied something else about him. “The thing that makes me mad about Frank,” she said, “is that his hair is curlier than mine — and blacker.”