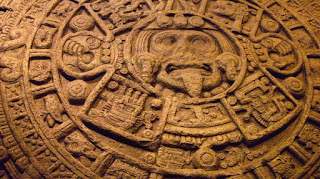 Archaeologists have discovered the ruins of an ancient Mayan city in the mountains of North Georgia believed to be at least 1,100 years old. According to Richard Thornton at Examiner.com, the ruins are reportedly what remains of a city built by Mayans fleeing wars, volcanic eruptions, droughts and famine.
In 1999, University of Georgia archeologist Mark Williams led an expedition to investigate the Kenimer Mound, a large, five-sided pyramid built in approximately 900 A.D. in the foothills of Georgia’s tallest mountain, Brasstown Bald. Many local residents has assumed for years that the pyramid was just another wooded hill, but in fact it was a structure built on an existing hill in a method common to Mayans living in Central America as well as to Southeastern Native American tribes.
Speculation has abounded for years as to what could have happened to the people who lived in the great Meso-American societies of the first century. Some historians believed that they simply died out in plagues and food shortages, but others have long speculated about the possibility of mass migration to other regions.
-Read the whole article
Tags Lazy Suggests, News, society
Newer Post Older Post Home