The Precious map of USSR 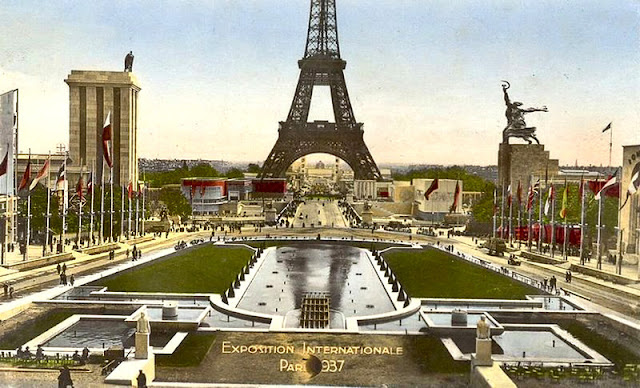 In 1937, the USSR astonished the world with its jewelry. At the International Exposition of Art and Techniques in Paris, they presented a map of the Soviet Union, made of rubies, diamonds, amethysts and other gems. 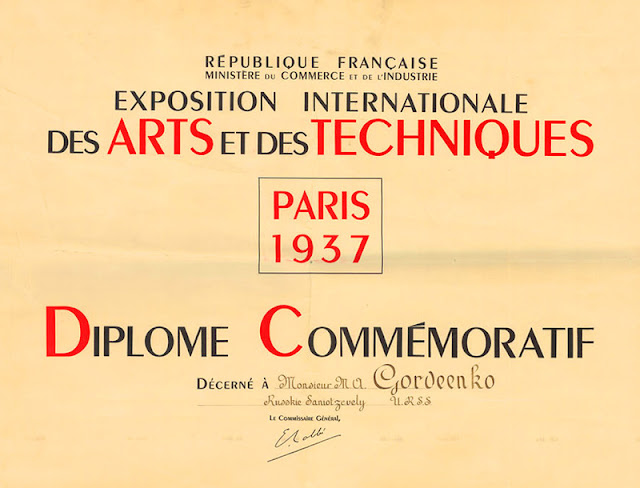 This is an article, printed in a Soviet newspaper, which tells about the effect the Soviet pavillion has produced on the visitors of the fair. ‘The pavillion the USSR was a symbol of its progress… It reflected researches they conducted, and social programms they carried out… The map was undoubtedly the best exhibit of the fair’.
The map was made in the style of the Florentine mosaic and it was beautiful. It had a weight of 3.5 tons and contained over 4.5 thousand precious and semiprecious stones. It took 667 workers just 11 months to create it, which shows how much they all worked. 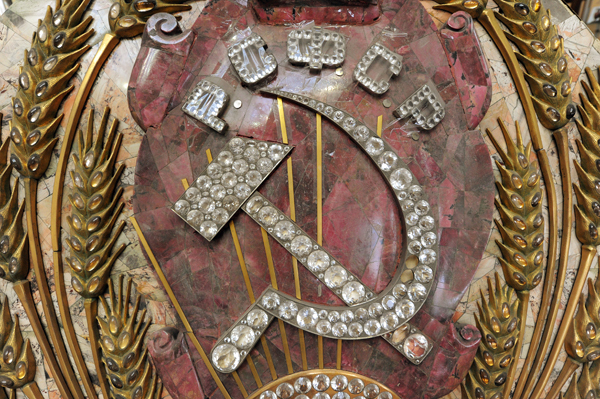 Apart from the map, they made precious national emblems of all the republics of the USSR, except Moldavia and Baltic republics. 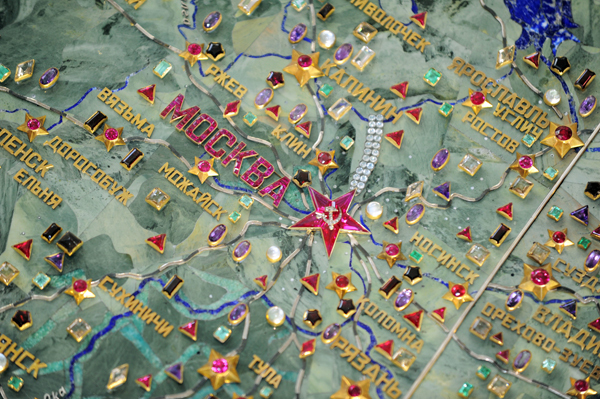 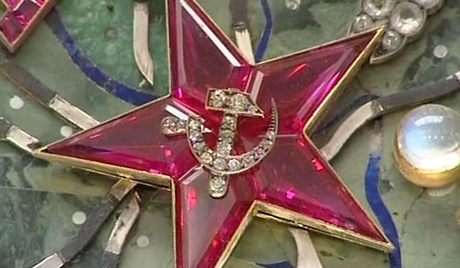 Moscow was marked with a ruby star with a hammer and sickle, made of 17 diamonds. 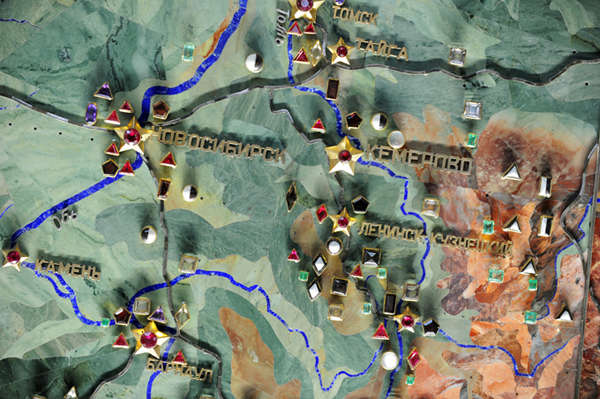 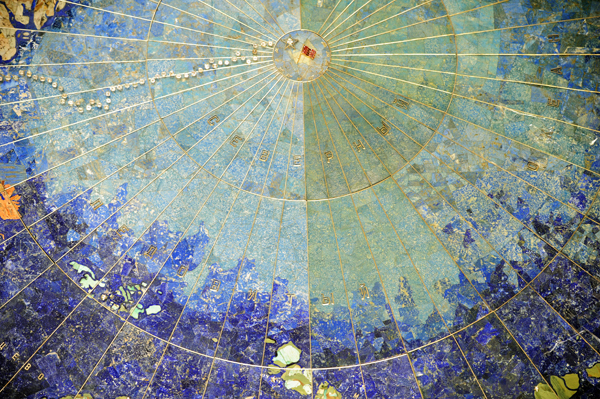 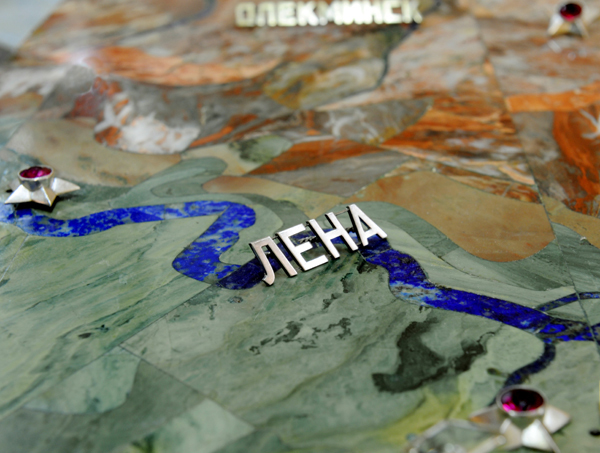 In the picture: the Lena River.
Names of the 16 capitals of the USSR were made of emeralds (1095 stones). 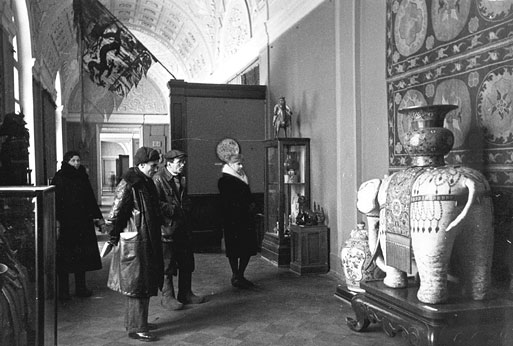 The map had been exposed at the Hermitage Museum up to 1988 (it was also shown in NY and Paris). They say that during WWII, Stalin prohibited selling the exhibits of the museum in order to purchase weapons categoracally, even though a lot of people suggested him to do that. 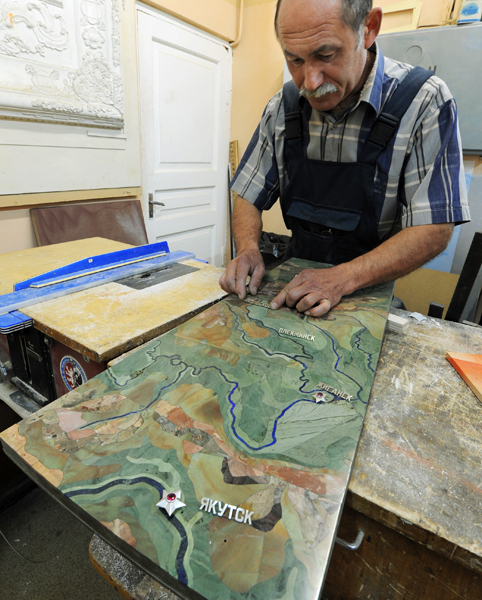 Now the map is being restored, and soon you’ll be able to see it in Russian Research Geological Institute. 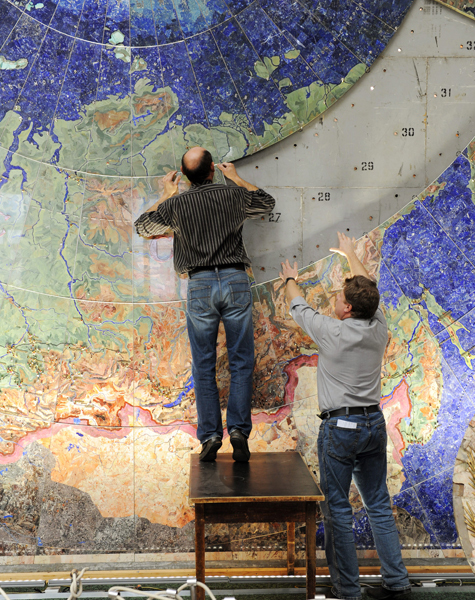 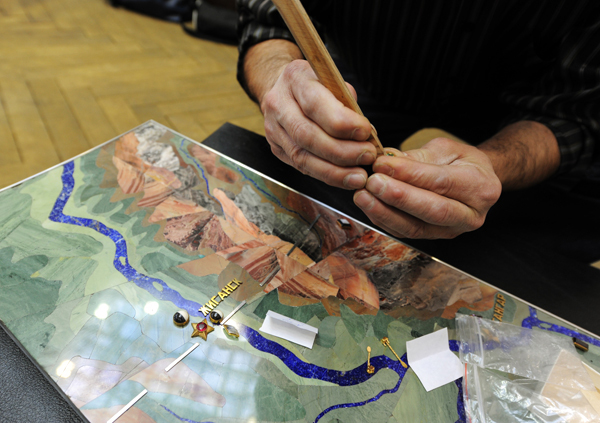 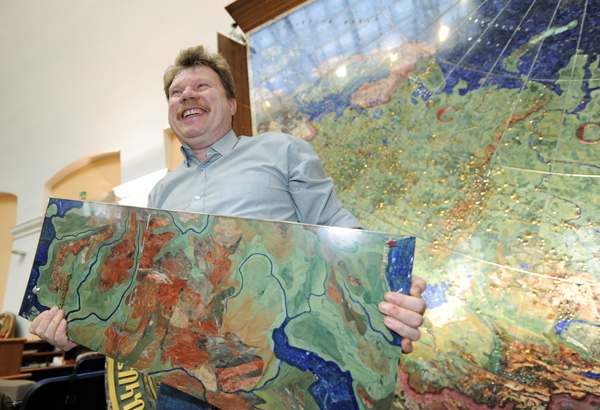 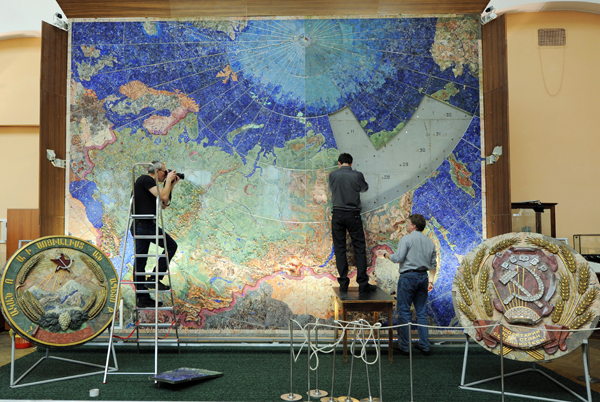