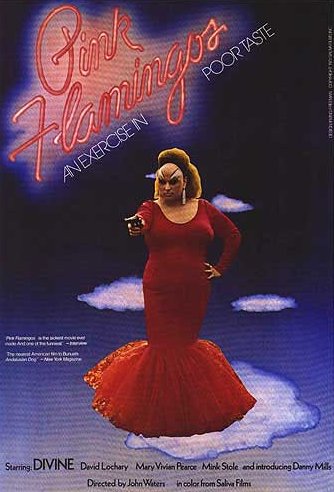 Pink Flamingos Pink Flamingos (tag-line: An Exercise in Poor Taste) is a 1972 transgressive black comedy film written, produced, composed, shot, edited, and directed by John Waters.
Divine lives under the pseudonym "Babs Johnson" with her simple-minded, egg-loving mother Edie (Edith Massey), delinquent son Crackers (Danny Mills), and voyeuristic traveling companion Cotton (Mary Vivian Pearce). They reside in a mobile home, in front of which can be found a pair of eponymous plastic pink flamingos. The trailer is off Philpot Road in Phoenix, a suburb of Baltimore, Maryland. After learning that Divine has been named "the filthiest person alive" by a tabloid paper, wealthy rivals Connie (Mink Stole) and Raymond Marble (David Lochary) set out to destroy the tight-knit family but come undone in the process.he Marbles run an "adoption clinic", which is actually a black market baby ring. They kidnap young women, have them impregnated by their homosexual manservant, Channing (Channing Wilroy), and sell their babies to lesbian couples. The proceeds are used to finance a network of dealers selling heroin in inner-city elementary schools. Raymond also gets money by exposing himself (with large kielbasa weiners tied to his penis) to unsuspecting women in a park and stealing their purses when they flee. The Marbles send a spy named Cookie (Cookie Mueller) to the trailer in the guise of what Crackers thinks is a date. In one of the film's most infamous scenes, he has sex with her while crushing a live chicken between them as Cotton looks on voyeuristically. Cookie then informs the Marbles about Divine's real identity, her whereabouts, and her family, as well as information about her upcoming birthday party. more 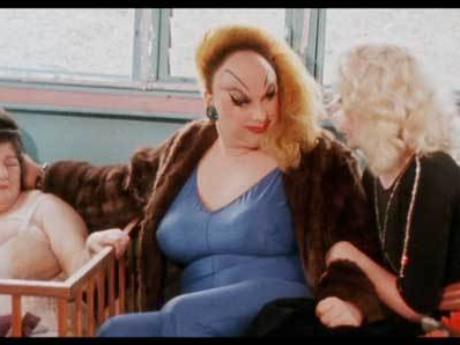 The film used a number of mainly single B-sides and a few hits of the late '50s/early '60s, sourced from John Waters' record collection when he made the film. They were released as a soundtrack CD in 1997 on the 25th anniversary release of the film on DVD. 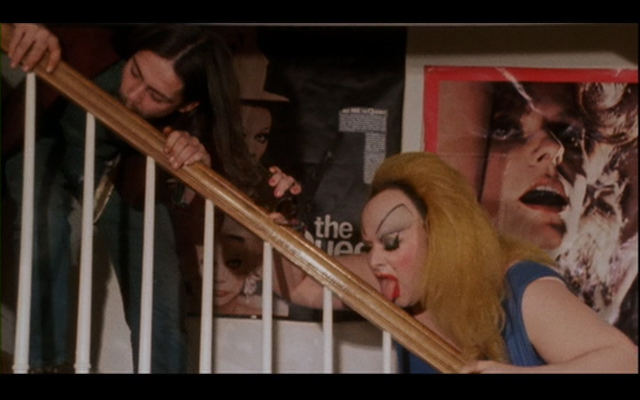