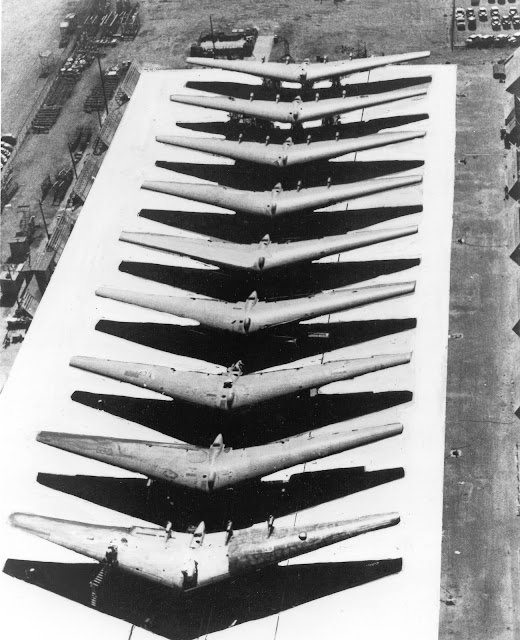 The Northrop YB-49 was a prototype jet-powered heavy bomber aircraft developed by Northrop shortly afterWorld War II. Intended for service with the U.S. Air Force, the XB-49 featured a flying wing design. It was a jet-powered development of the earlier, piston-engined Northrop XB-35 and YB-35; the two YB-49s actually built were both converted YB-35 test aircraft.
The YB-49 never entered production, being passed over in favor of the more conventional Convair B-36 Peacemaker piston-driven design. Design work performed in the development of the YB-35 and YB-49, nonetheless, proved to be valuable to Northrop in the eventual development of the current day B-2 Spiritstrategic bomber, which first entered operational service in the 1990s.
- via Wikipedia 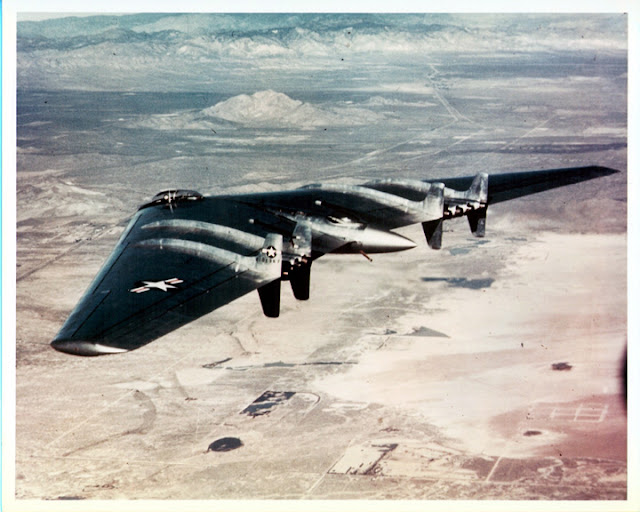 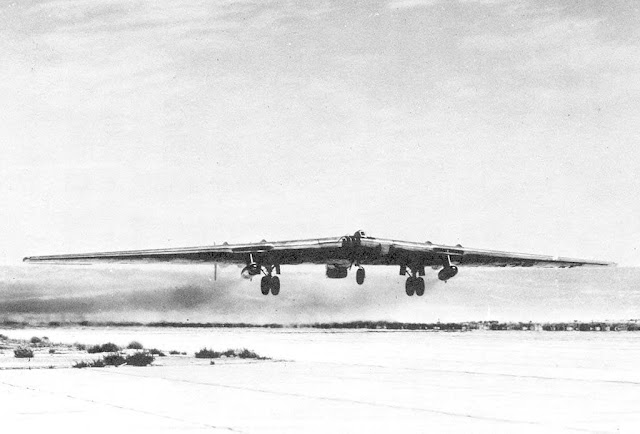 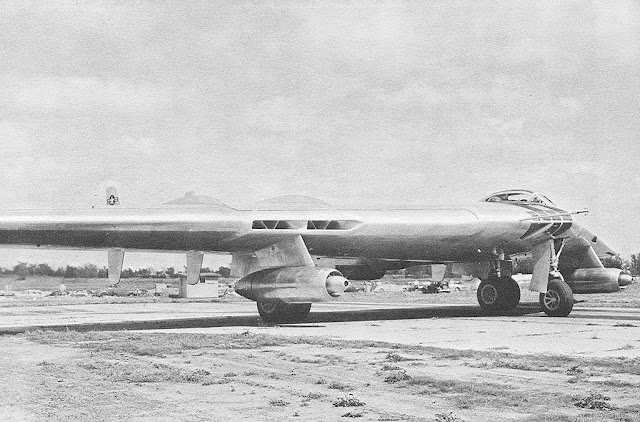 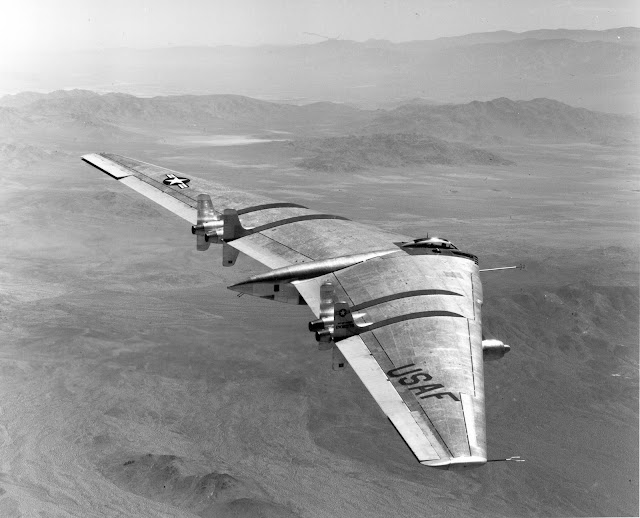 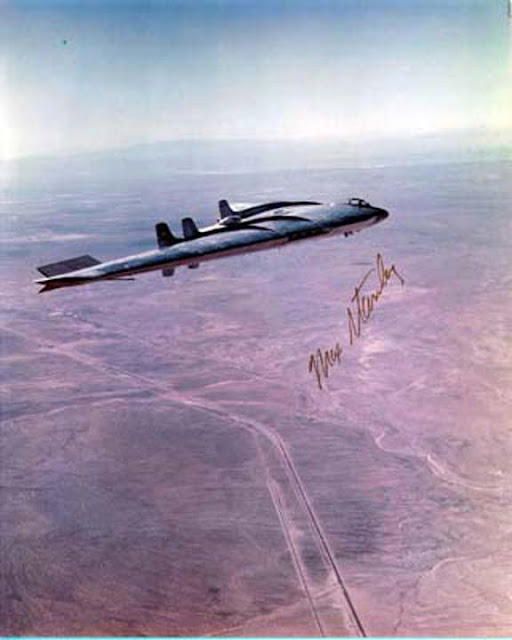 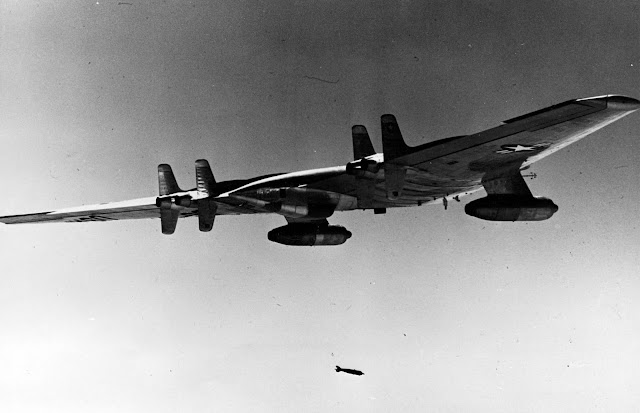 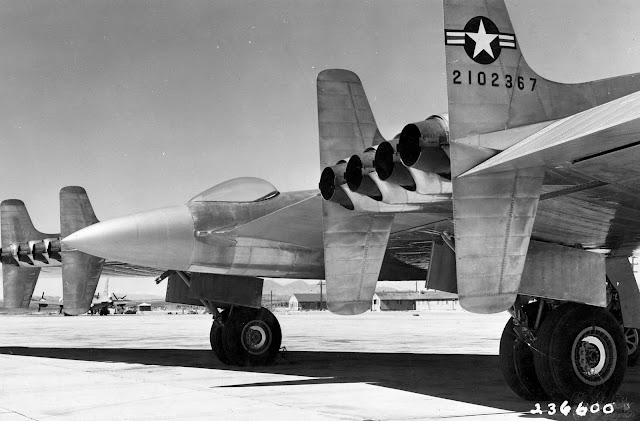 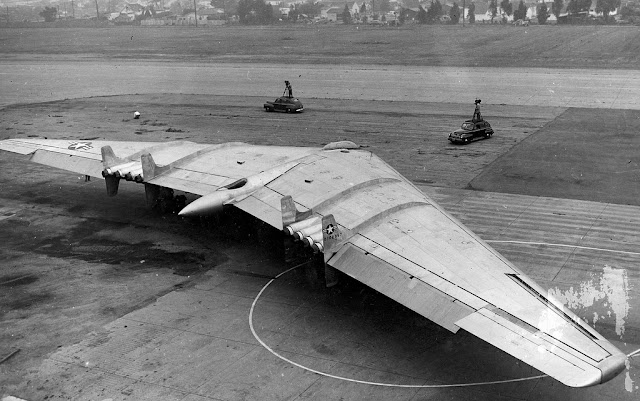 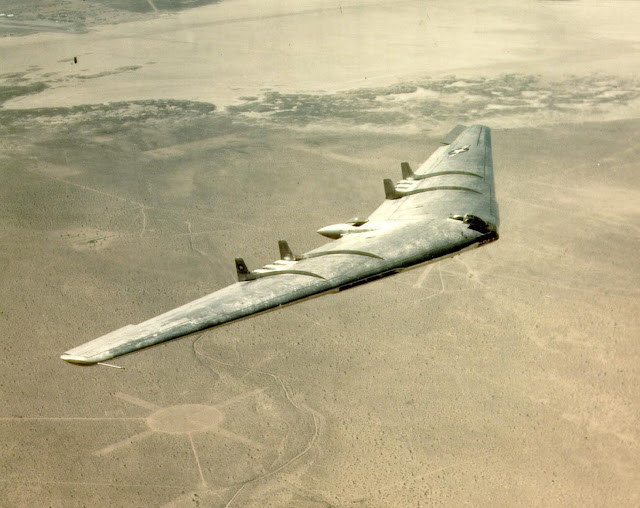 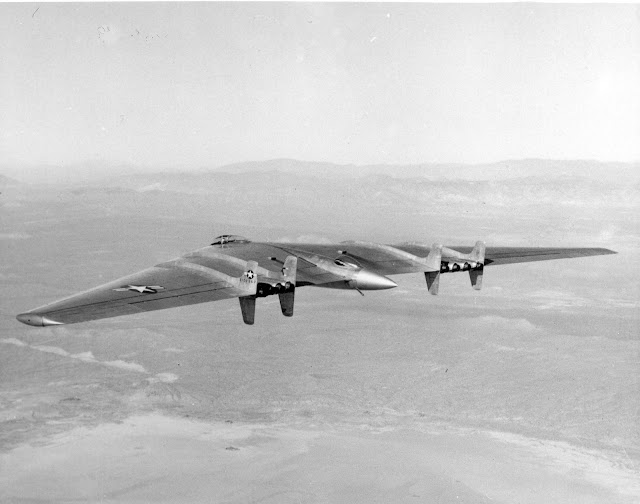