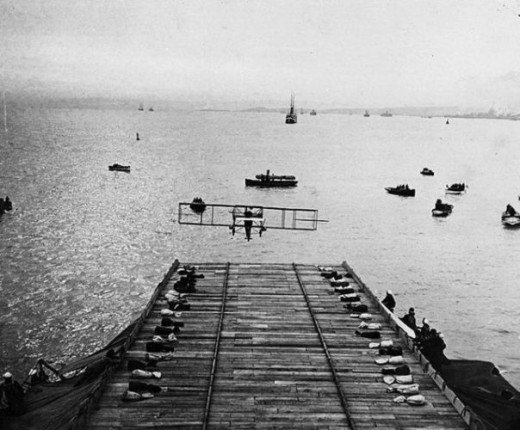 ‘On November 14, 1910, Eugene Ely became the first pilot to successfully launch a plane from a stationary ship. The Curtiss pusher airplane, one of the first models in the world to be built in any significant quantity, flew for two miles before Ely landed on a beach. Using the same aircraft, Ely landed on the USS Pennsylvania on January 18, 1911, while the ship was anchored at the San Francisco waterfront. He had to use a braking system made of ropes and sandbags, but he was able to quickly turn around and take off once again’ 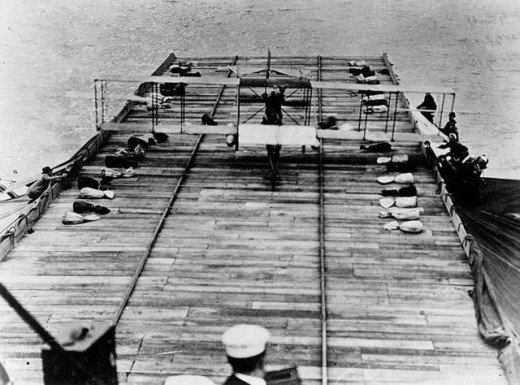 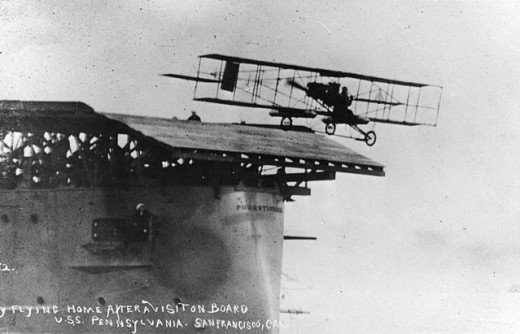 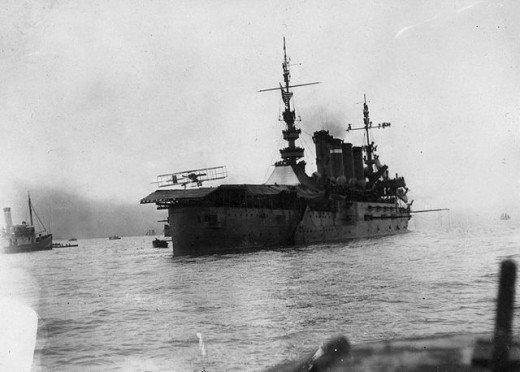 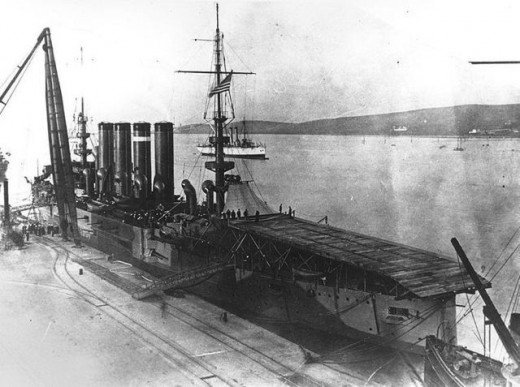 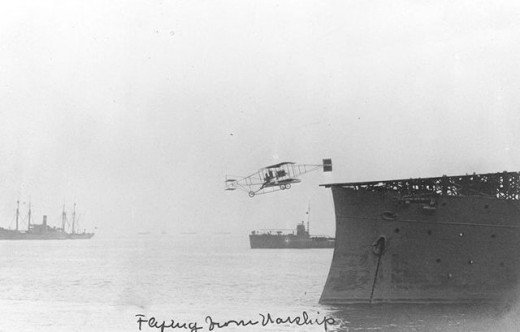 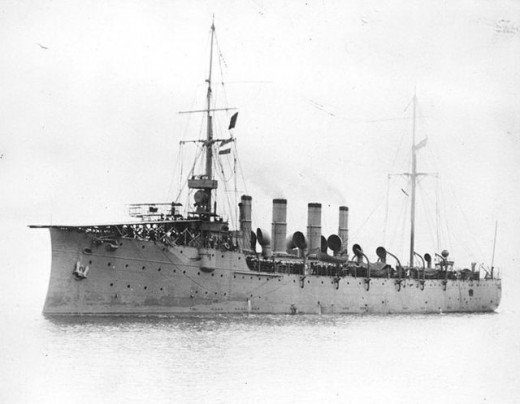 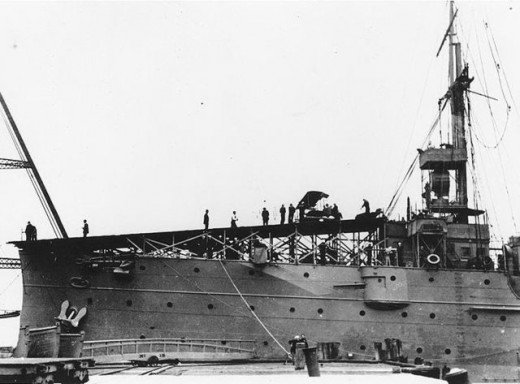 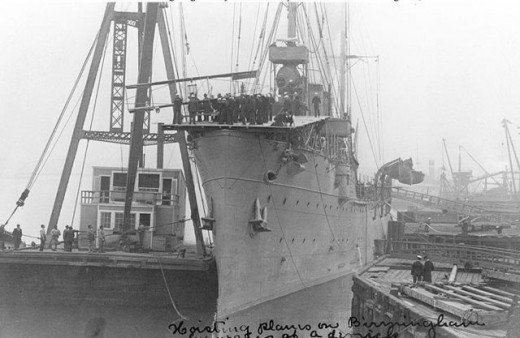 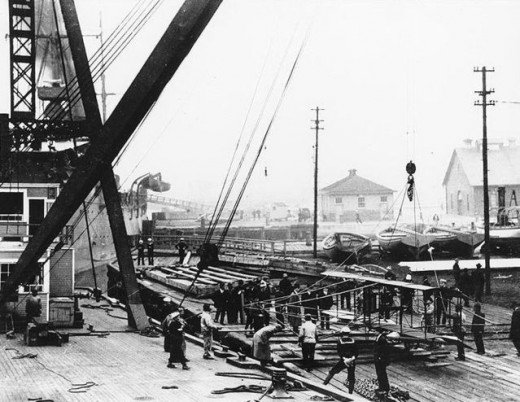 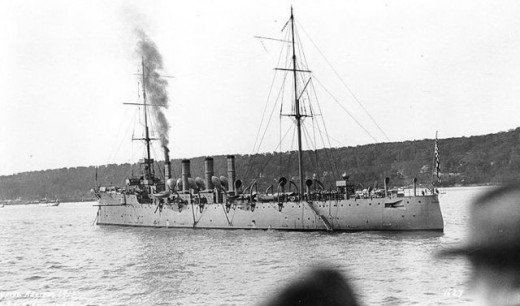 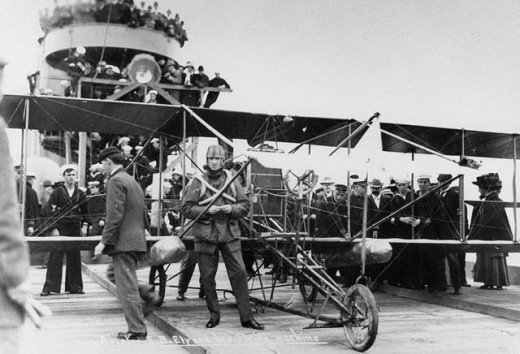 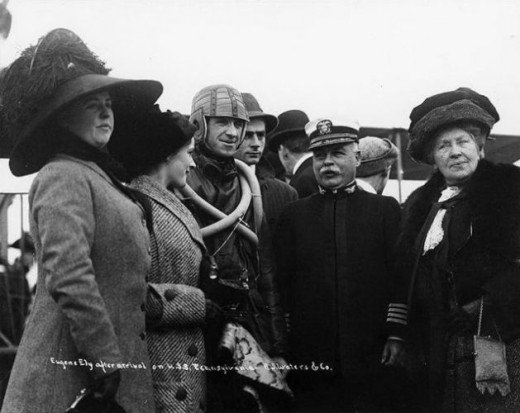 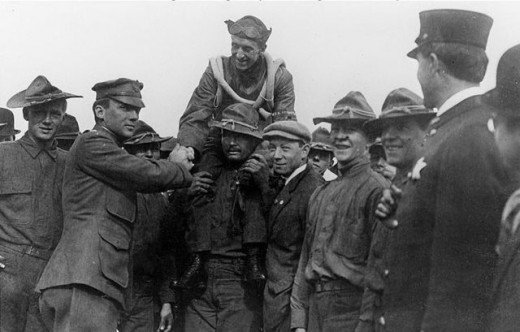