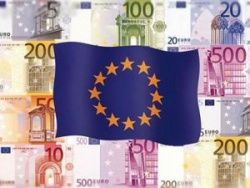 Greece is officially a complete standstill in the Civil War Climate
Countries receiving debt impairment, should recognize the limitations of their sovereignty, supported by Chancellor Merkel, speaking to members of the Christian Democratic Union, according to Deutsche Welle (19/10). Chancellor Merkel told the parliamentary group of the Christian Democrats were in favor of creating a "firewall" to mitigate the effects of debt crisis.
The Angela Merkel reiterated that two ministers had hinted a few weeks ago, namely that states which accept the debt impairment, should recognize the limitations of their sovereignty. I can imagine, reportedly told the Chancellor that there will be a kind of "standing troika" heavily indebted countries. According to participants in the meeting, there is the position in key areas of public administration and especially in the field of financial groups to have technocrats who will be in constant contact with Brussels. It brought a sense a "permanent supervision", with particular emphasis on the promotion of privatization. "These debts of states were built over decades and will not terminate a session. We need hard and long work, "said Angela Merkel.