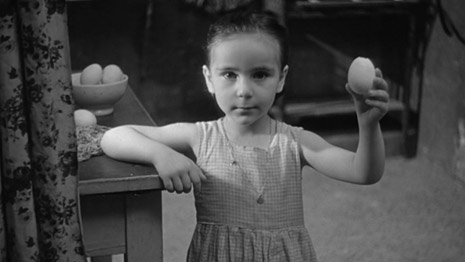 Bellissima (1951) is an Italian neorealism film by Italian director Luchino Visconti. The film is about and was shot at Cinecittà. Alessandro Blasetti, the film director, appears as himself.
Bellissima is a satire of the film industry, and centers around a mother and daughter after the latter attends an audition. Maddalena (Anna Magnani) is a stage mother who drags her daughter (Tina Apicella) to Cinecittà for the "Prettiest Girl in Rome" contest.
via