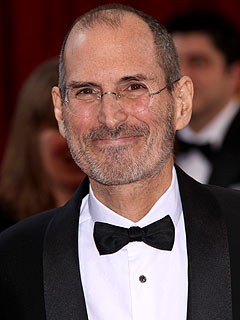 Steve Jobs, the wizard behind Apple who put the Mac, iPod, iPhone and iPad into the hands of millions of religiously devoted consumers around the globe, died Wednesday.

He was 56 and had battled pancreatic cancer since 2004.

"Apple has lost a visionary and creative genius, and the world has lost an amazing human being," the company said in a statement. "Those of us who have been fortunate enough to know and work with Steve have lost a dear friend and an inspiring mentor. Steve leaves behind a company that only he could have built, and his spirit will forever be the foundation of Apple."

In a separate statement, his family said, "Steve died peacefully today surrounded by his family. ... In his public life, Steve was known as a visionary; in his private life, he cherished his family. We are thankful to the many people who have shared their wishes and prayers during the last year of Steve's illness."