Sketches of hell by Kyosai 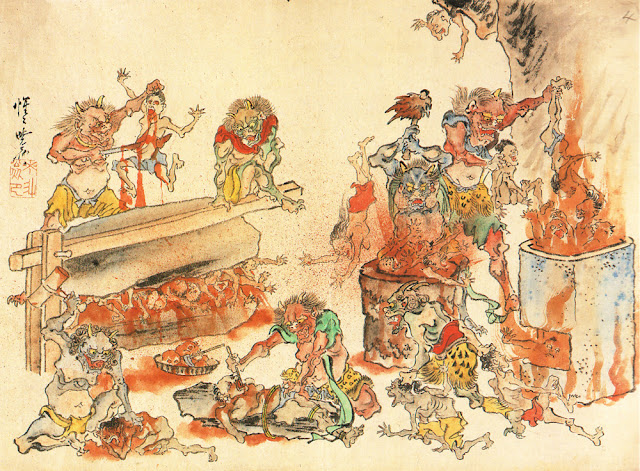 Prolific Meiji-period artist Kawanabe Kyōsai (1831-1889), well-known in the West for his darkly
humorous illustrations, was commissioned by Scottish surgeon and Japanese art collector William
Anderson (1842-1900) to produce a large number of comic paintings in the 1870s. Anderson's collection,
which today forms the core of the Japanese paintings at the British Museum, included the handful of fanciful
depictions of hell shown below. (Click the "+" under each image to enlarge.)
- via pinktentacle.com 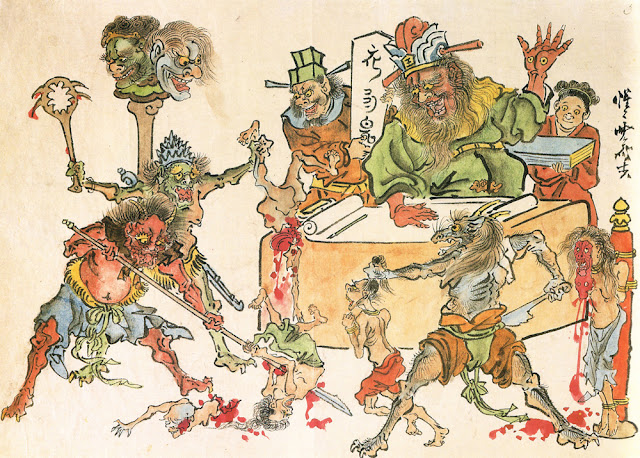 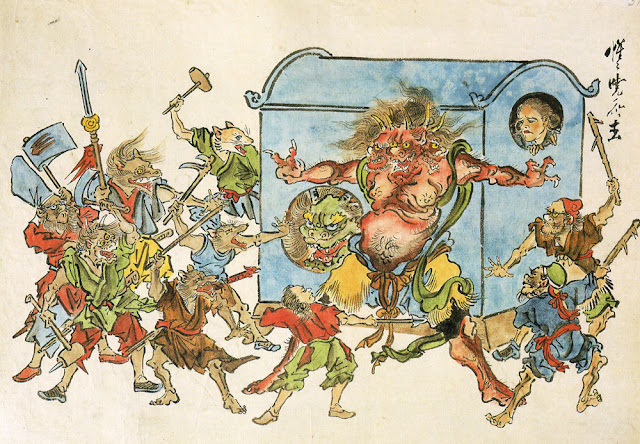 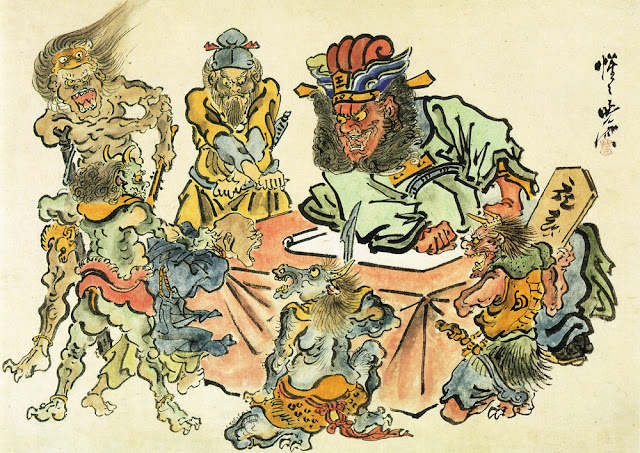 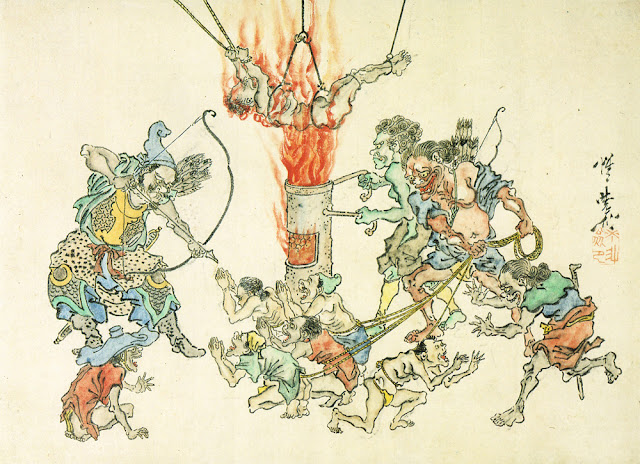 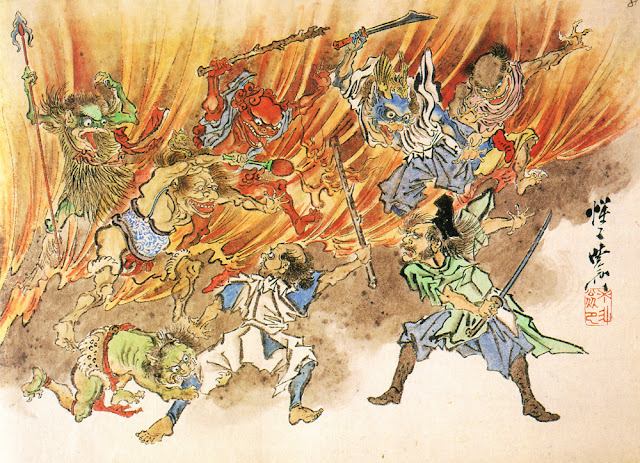 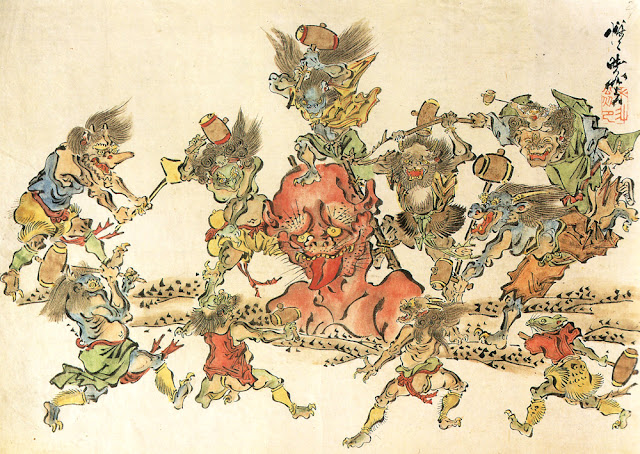 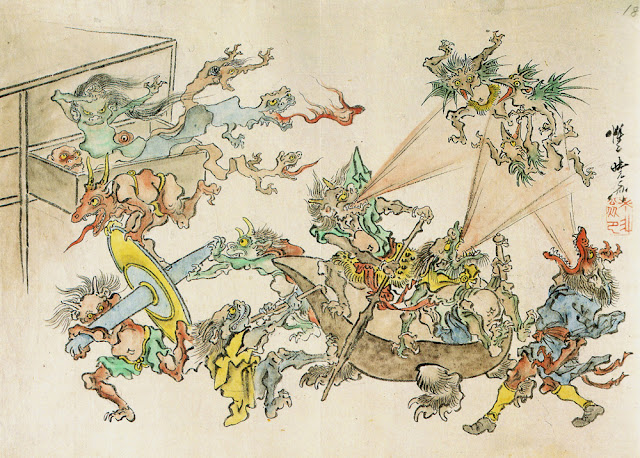 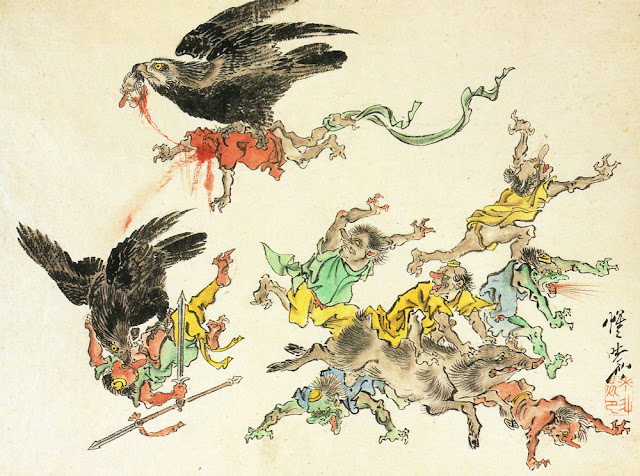 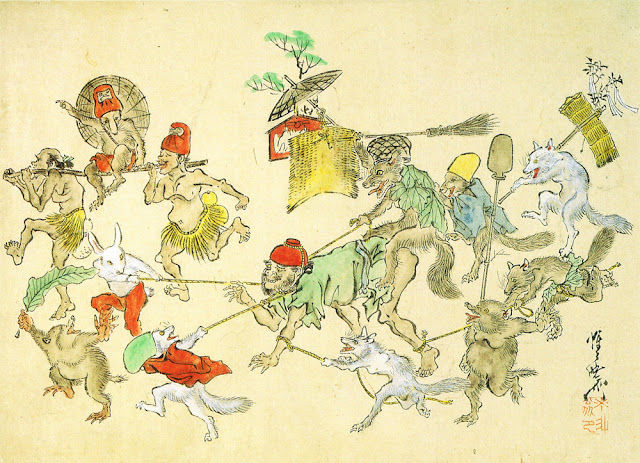 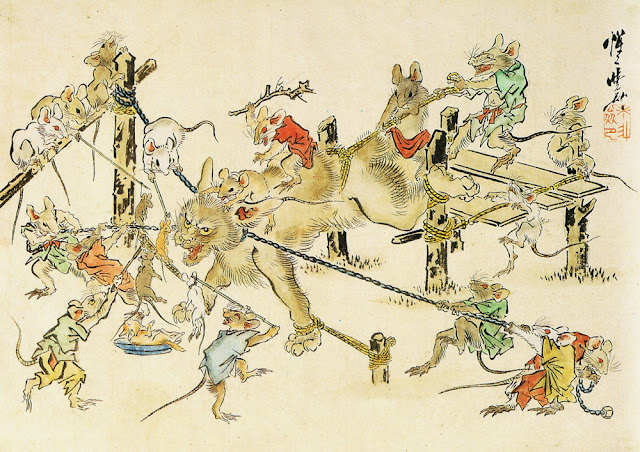