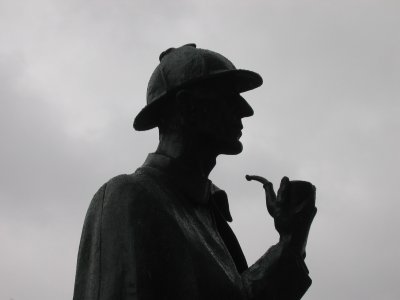 Sherlock Holmes is an honorary fellow of the Royal Society of Chemistry.

“Holmes did not exist, but he should have existed,” society chief David Giachardi said in bestowing the award in 2002. “That is how important he is to our culture. We contend that the Sherlock Holmes myth is now so deeply rooted in the national and international psyche through books, films, radio and television that he has almost transcended fictional boundaries.”
-via futilitycloset.com
Tags True Treasure
Newer Post Older Post Home