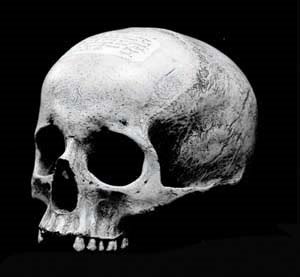 Mozart’s gravedigger, Joseph Rothmayer, took this skull from its grave ten years after Mozart was buried with five others, in 1791. Rothmayer had attached a wire to the skull so he would know which was the composer*’s . In 1902, the skull came into the possession of the Mozarteum.
In 2006, the Mozarteum tested the skull’s DNA against relatives of Mozart, and results were inconclusive. The skull shows it received a blow about a year before death, which matches Mozart’s descriptions of headaches in the last year of his life.
Tags Daily Collection
Newer Post Older Post Home