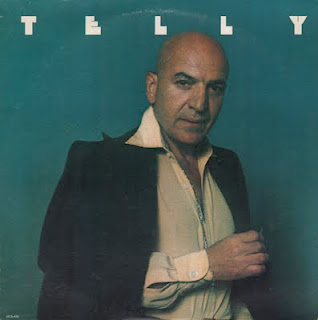 Of course everyone knows who Telly Savalas is. OK... maybe folks MY AGE know who Savalas. The youth of America may know Savalas from his roles in movies such as Battle Of The Bulge or The Dirty Dozen amongst a number of other well know 60s films. However, he may be best known for his title role in the 1970s crime drama, Kojak. This record would have ridden on the coattails of that period of his fame.

It seems like the 70s were a fertile time for Hollywood names who wanted to explore a recording career.

This is a great example of big name lounge. Telly is invited to play The Motel Lounge anytime!