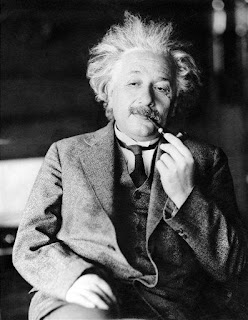 GENEVA (AP) -- One of the very pillars of physics and Einstein's theory of relativity - that nothing can go faster than the speed of light - was rocked Thursday by new findings from one of the world's foremost laboratories.
European researchers said they clocked an oddball type of subatomic particle called a neutrino going faster than the 186,282 miles per second that has long been considered the cosmic speed limit.
The claim was met with skepticism, with one outside physicist calling it the equivalent of saying you have a flying carpet. In fact, the researchers themselves are not ready to proclaim a discovery and are asking other physicists to independently try to verify their findings.
"The feeling that most people have is this can't be right, this can't be real," said James Gillies, a spokesman for the European Organization for Nuclear Research, or CERN, which provided the particle accelerator that sent neutrinos on their breakneck 454-mile trip underground from Geneva to Italy.
Going faster than light is something that is just not supposed to happen according to Einstein's 1905 special theory of relativity - the one made famous by the equation E equals mc2. But no one is rushing out to rewrite the science books just yet.
It is "a revolutionary discovery if confirmed," said Indiana University theoretical physicist Alan Kostelecky, who has worked on this concept for a quarter of a century.
Read more
Tags News, society
Newer Post Older Post Home