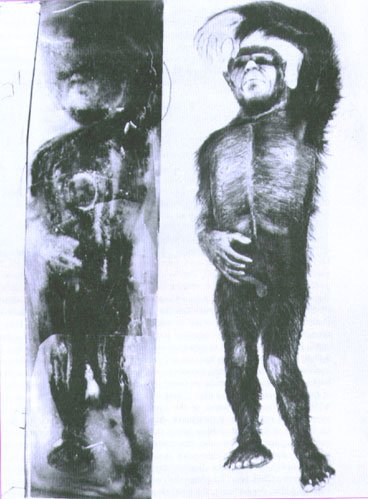 The Minnesota Iceman was a body of what looked to be a large ape-like creature that was encased in ice and shown at a sideshow. It was generally regarded to be a hoax until animal biologists got the chance to briefly thaw it out and examine the body. From their quick evaluation, they determined that it was a real creature, although they weren’t sure what it was. Over seven feet tall and murky behind the glass, the closest they could get was through quick sketches that they studied later. The body later disappeared, and the previous owner refused to tell investigators where he went, for fear that he would be arrested.
via
Tags Daily Collection, Face of the Day, News
Newer Post Older Post Home